Teens and drug abuse: why parents should know

Introduction: what is drug abuse? 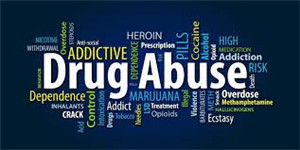 This is the misuse of certain chemicals for the purposes of creating pleasurable effects on one’s mind. In some cases, it may be as a result of an overdose of certain drugs. Around 200 million drug users are currently active throughout the world. Researchers fear that this number is likely to go up due to the economic and social related issues, especially among the youth. Drug abuse comes with diverse effects encouraging suicide among the young.

Do you want to know the worst part?

Drugs of abuse come in various categories and you might not even know that you are already into the abusing of drugs.

Depressants – These include sleeping pills which you may take, knowing that they’ll help you gain a good sleep. That’s not the case! Such drugs slowly build into more serious conditions like the depression of the brain’s abilities.

Hallucinogens – This category is mainly used by those who want to walk out of reality. They simply cause a feeling of dissociation from your problems and other related issues.

Stimulants – Majorly used by athletes, stimulants help in giving rise to alertness. It is their rapid nature of reaction that may cause a rise in blood pressure and other behavioral changes. 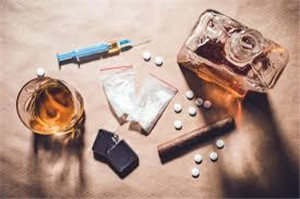 What causes drug abuse among teens?

Teen drug abuse is not a once occurrence act. It gradually builds into several stages before overwhelming the user. Teens may go through the several stages of drug use, right from gaining access to drugs but not necessarily using them, to experimentation, and finally getting into it. Let’s go straight to possible causes of drug abuse among teens.

Teens are out, experimenting and exploring all that they can. If there is no strict parental control, they may be lured by their peers into drug usage and abuse.

This is attributed to a feeling of low-self-esteem or feelings of social rejection. Such a teenager may find solace in taking drugs and becoming ‘high’

If a young mind gets involved in any physical or sexual harassment, they may feel unworthy and end up with hallucinogens to take away their sorrows.

Stimulants fit well into this category. Most teens want to engage in what their peers are in. And the only ready remedy is to take such drugs which may slowly build into abuse.

Here is another scenario where a teenager may run away from his/her strict parents. The first place such a teen will run to is the social places where other mates are. If such groups are already into drugs, it becomes a trap for the victim.

It’s said that an apple doesn’t fall far from an apple tree. A family history of drug abuse may automatically drive one into the habit. If a parent doesn’t see anything wrong in abusing drugs, a kid may also comfortably follow suit.

Continuous fights and blows within the family may result in a very harsh environment for the upcoming children of the home. Such kids may see no need to approach their parents in case of any challenges. They then may end up in the wrong hands in trying to find solace or solve problems.

Teen drug abuse is a white elephant in the house that has always been battled with over the years. However, social media has brought a new dimension with dangerous opportunities that worry the society at large.

What are the bad effects of drug abuse on teens? 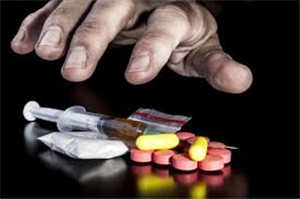 Drug abuse automatically affects how an individual thinks or reacts. This effect on a teenager may lead him to do other risky behaviors including engaging in criminal activities. 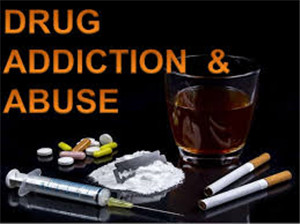 One may not be able to operate normally without having a puff or a drink. Addiction leads them to depend on drugs throughout.

Some drugs cause hyperactivity in sexual desires and may lead to unwanted sexuality and pregnancy among teens.

A teenager’s developmental growth is still in the process. Drug abuse may inhibit proper growth, leading to retarded growth, both physically and mentally. 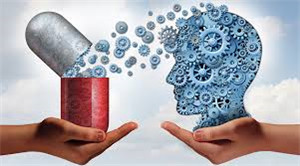 A serious case of loss of memory and attention may interfere with a teenager’s educational life. This may also end up encouraging suicide among the young as everything becomes too much for them to bear.

What can parents do to help teens get rid of drug abuse?

Many parents will find themselves at the dead-end once they realize that their teens are into drugs. Apart from seeking psychological assistant, there are other ways to combat drug abuse.

Parents are the best teachers as far as the lives of their children are concerned. So, if you are into drugs as a parent, chances are that your kids will follow suit. To break this off, set a good example by preaching water and taking water. Do as you say.

Controlling your kid’s network of friends is another good way to take the bull by the horn. Many cases of suicide encouragement come from peer pressure related issues. Letting your child be surrounded by good minds will help him/her stay focused in life.

There are a plethora of control apps that parents can engage when it comes to monitoring kid’s activities. Most of these tools don’t need any jailbreak on your child’s phone. Once it is set on your end, just click the required buttons and monitor your child from wherever you are.

Amidst the many parental control apps, FamiSafe is neatly knitted to do several tasks with just one button. It comes loaded with tons of features that let you control your child’s activities for the better. If you want to know whether your child is visiting dangerous grounds, then the Geo-fencing & real-time location tracking is rightfully in place. Set the safe zones as desired. The app will send you alert messages in case your child leaves the set geo-fences.

In the quest to curb rampant behaviors and suicide encouragement notes, FamiSafe has this feature that will help you filter out sites that don’t contain healthy content suitable for young children. Besides, you also get alerts whenever your child visits sites full of inappropriate content.

It is through social media that children meet strangers. In most cases, they find people with ill motives who may want to sell drugs to them, or who want to exploit them sexually. This feature will alert you in good time with automatic alerts and help you prevent your child from predators. The app has a unique way of detecting any suspicious activity that your child is getting in to. It will send you instant message alerts based on the restricted phrases that you deem unfit. 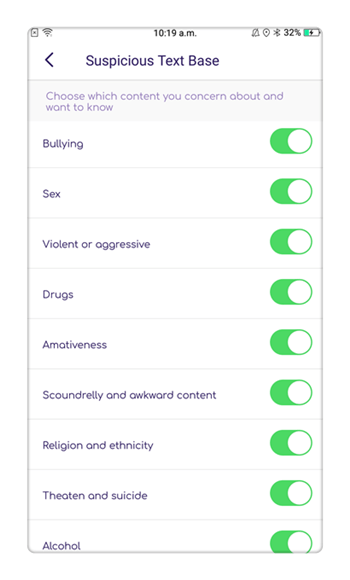 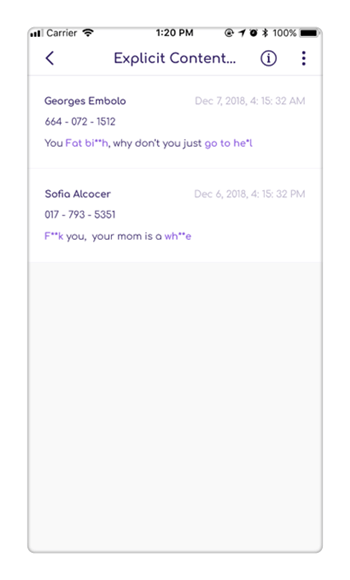 Through FamiSafe, you can also monitor your child’s activities. Get to know what kind of people they talk to and what apps are installed. Furthermore, you can block any apps that you deem unfit for use at their age.

Drug misuse is something that teenagers engage in occasionally. As seen in this article, there are various reasons that may push an adolescent to start taking drugs. And advanced usages of such are harmful, often leading to encouraging suicide and other filthy behaviors. It is high time parents took action by closely monitoring their kids and their friends alike. There are many avenues to get help in case of such a calamity as drug abuse. More so, you can engage a parental control app to help with alerts if your kid starts to go astray.

These Online Tutoring Jobs for Teens