Most of us have had to stay at home for the most extended period in our lives throughout the last several months. What better way to pass the time than finding the best family game ideas to engage in indoor activities? 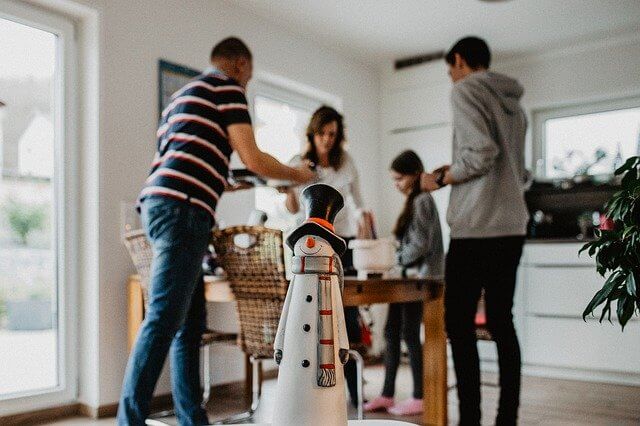 Playing games as a family is not only an excellent way to spend quality time together, but it's also a fantastic method for kids to bond, learn essential social lessons, and most importantly, have fun!

These family party game ideas are ideal for the last minute because they don't require additional equipment. When the weather isn't cooperating with dragging everyone outside to play a loud game of football or tag, indoor family activities are a terrific alternative.

Keep in mind that not all family games have to be competitive. They are frequently more enjoyable when everyone works together toward a single objective. We've got you covered whether you're searching for new family games ideas, games to play with pals at home to liven up game evenings, or classic games to play at home when you're bored!

Keep in mind that not all family games have to be competitive. They are frequently more enjoyable when everyone works together toward a single objective. We've got you covered whether you're searching for new family games ideas, games to play with pals at home to liven up game evenings, or classic games to play at home when you're bored!

01 Part 1: 5 Games your family can learn and play in 2 minutes!
02 Part 2: How can family games benefit family relationships?
03 Part 3: How to manage family Screen time and increase the family bond with FamiSafe?

You can have a family game night at any time of the year, not just for the post-Christmas or Thanksgiving meal slump. With that in mind, we've listed the top 6 best family games in 2021 below with a variety of difficulty levels so that everyone may find something they like: 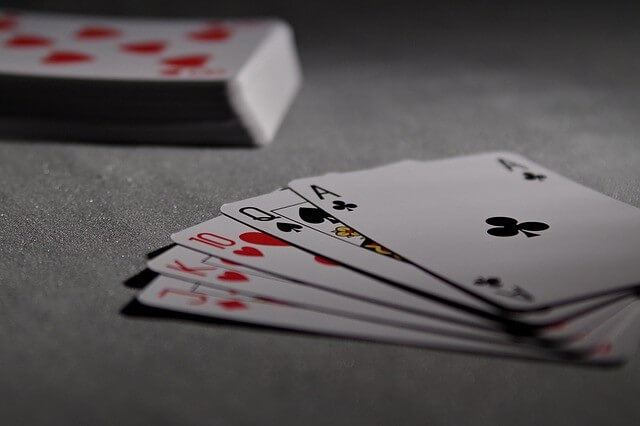 If you are looking for family game night ideas, you should try playing 99. This is a fantastic card game for teaching kids how to add and subtract. Four cards are dealt with each participant. Players take turns drawing a card and placing it in the middle pile. Cards are tallied up according to their face value but don't exceed 99! Look for the following cards: The 4s reverse the playing sequence, the 3s keep the last number played, the 10s reduce the number by ten points, and the 9s automatically bring the score to a 99. 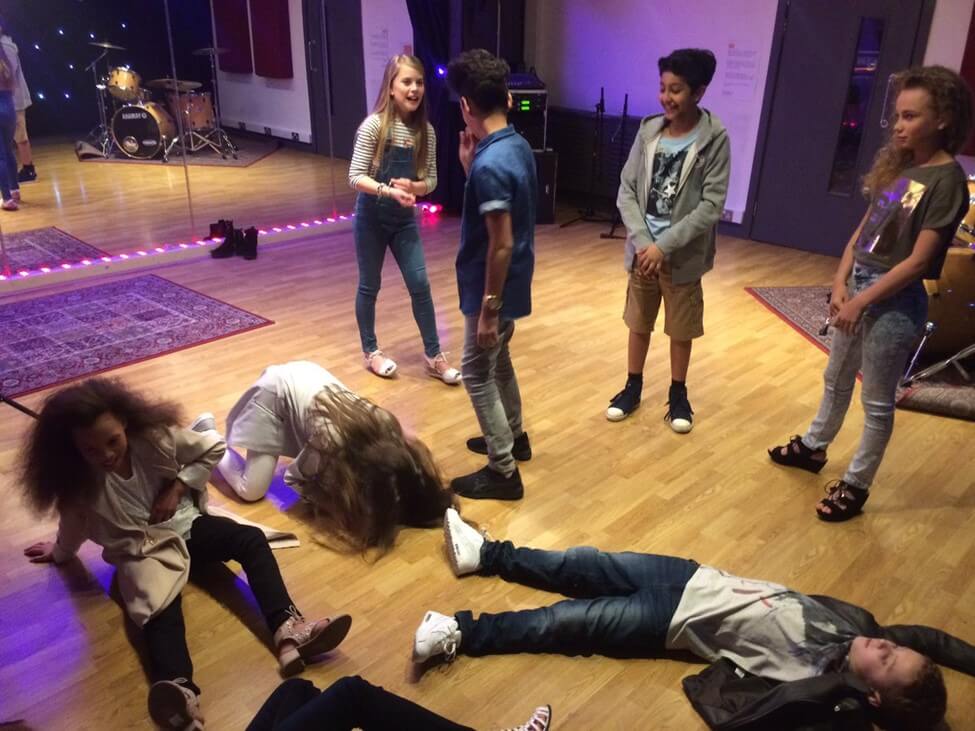 Our second pick for the best family game is wink murder. One person is secretly given the position of "murderer" in each round of play, either by giving each player a playing card with a specific symbol indicating that the recipient is the murderer.

By making eye contact and winking at other players, the killer can "kill" them. If a player is winked at, they must discreetly count to five before pretending to die by either lying on the floor where they died or secretly leaving the playing area. 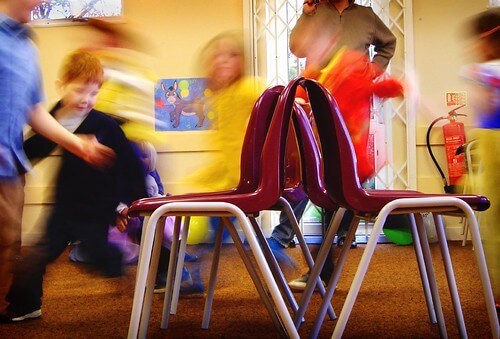 Our third pick for family party game ideas is musical chairs. It's a popular kid's party game, but adults can join in the fun as well. Set up a circle of chairs (or seat cushions) facing outward, with enough seats for everyone who will be participating, except one. Make one person the music player, and the rest of the group should form a circle around the circle of chairs. Walk around the chairs when the music starts; everyone must locate a seat when the music stops.

Those who do not comply will be ejected. Remove another chair and repeat until two individuals compete for the same spot. Add your own rules to make musical chairs more intriguing. Allow individuals to sit on top of each other (as long as their feet aren't touching the floor), or add your changes.

Game 4Who is the Spy 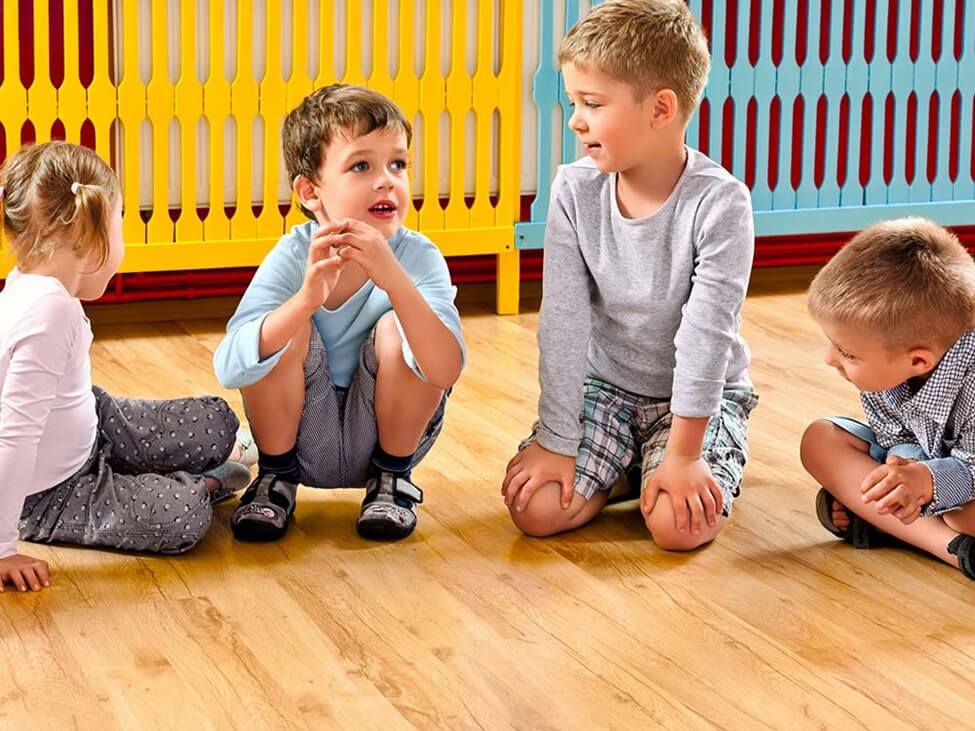 Who is the spy is the fourth game we selected for the best family party game ideas. First, decide who will go first to act as a spy. You can pick the youngest individual or whose name begins with the letter that is closest to the beginning of the alphabet.

The person who initiates the game chooses an object visible to all players. The player offers the object's initial letter or color as a hint. For example, "I spy something blue with my small eye." Everyone else will make educated guesses by merely asking yes or no questions. Whoever makes the first right guess wins a reward or becomes the next Spyer. 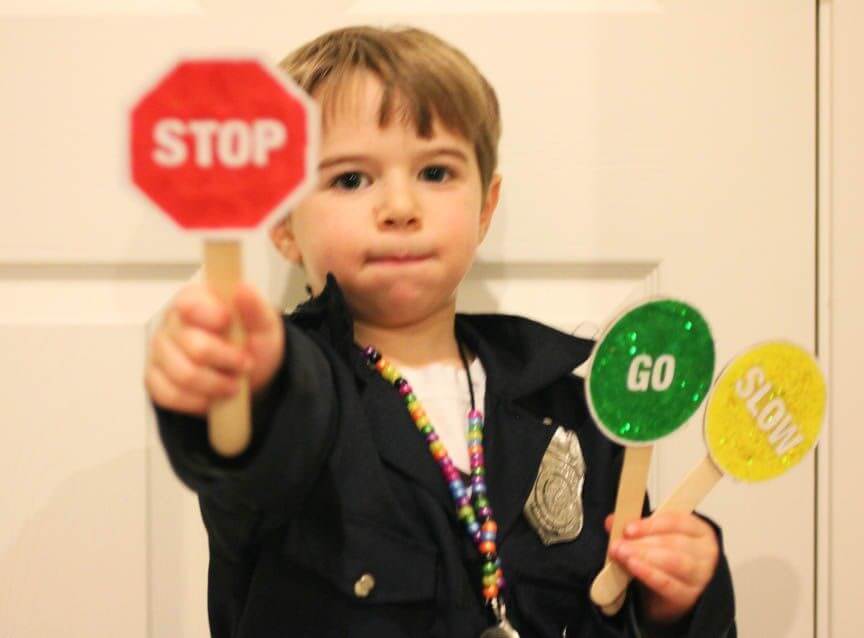 The fifth game for family game ideas is a red light green light game. This game became more popular after the release of a popular TV series, the Squid Game. Assign one kid to the role of "traffic warden." The officer shuts his eyes and shouts, "red light, green light, one, two, three!" while facing the rest of the children and standing a few feet away.

The other players rush towards the officer while his eyes are closed. However, on the count of three, everyone must stop, and the officer must open his eyes! If the officer notices someone moving, they are returned to the beginning position. The individual who gets to the traffic officer first wins. 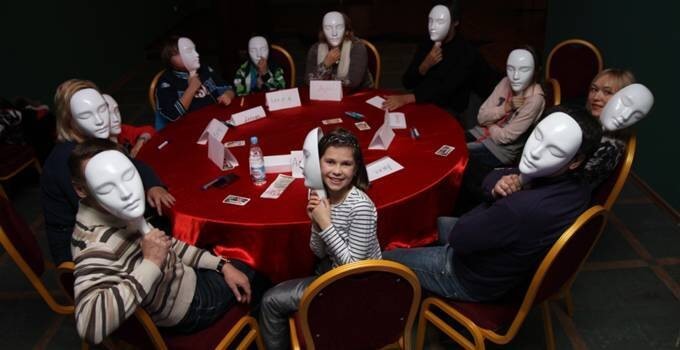 The sixth game for game night ideas is mafia. This game is also known as Werewolf, Assassin, or Village. The game depicts a fight between two groups: a knowledgeable minority (Mafiosi or werewolves) and a simple majority (the villagers). Each participant is secretly allocated a role associated with one of these teams at the start of the game. The game is divided into two phases: first, a night role, in which individuals with night killing abilities may stealthily kill other players, and second, a day role, in which surviving players argue player identities and vote to eliminate a suspect.

The game continues until one of the factions accomplishes its victory condition; this generally entails eradicating the evil minority for the village. For the minority, it usually entails gaining numerical parity with the village and destroying any rival evil organizations.

Family games need you to strategize as well as think logistically and cognitively. To win a game, you must think and prepare ahead to emerge victorious at the end. There are other games in which players collaborate as a team to win, which require some discussion and decision-making.

Because people of various skill levels and ages can play family games together, it helps parents learn more about their children and children learn more about their parents. When siblings or other family members argue, it's a terrific chance for everyone to communicate with each other, improving healthy family communication and working together to solve issues. Instead of quiet as everyone is absorbed in their technological gadget, the room is alive with love, laughter, and discussion. 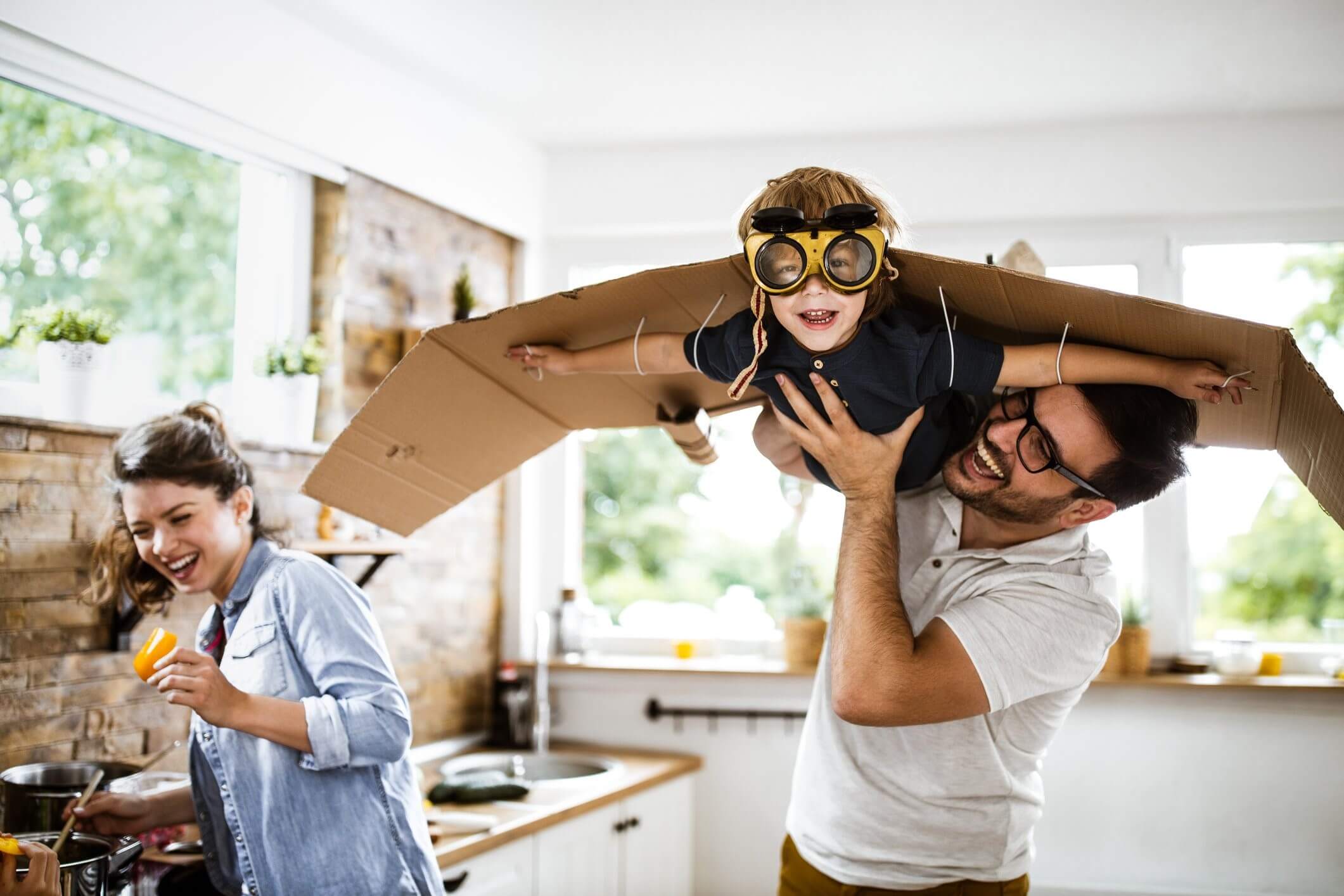 We all have distinct strengths and weaknesses in our families. Playing games as a family might assist you in identifying your and your family members' strengths.

Many games help your children develop particular abilities that will help them succeed in school, such as arithmetic, spelling, vocabulary, and general knowledge, to mention a few. 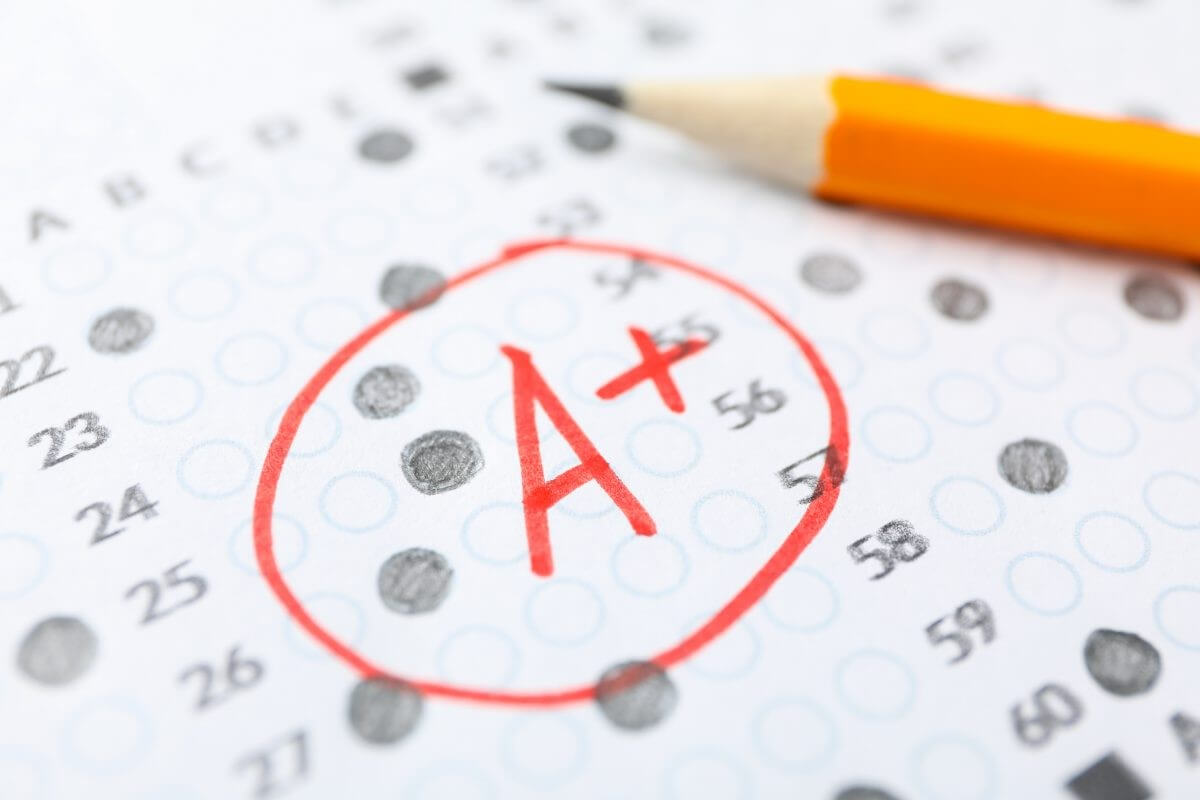 Part 3: How to manage family Screen time and increase the family bond with FamiSafe?

Children are growing up in an increasingly digital environment, with babies as young as four months old getting exposed to technology. We all hate it when our kids are glued to their mobile phones. Even when they are sitting with us, their attention is somewhere else, which is a significant hurdle in creating a strong family bond. While limiting screen time with only words is possible, several parental control tools such as FamiSafe make it simpler.

The FamiSafe app allows parents and guardians to have complete control over their children's smartphones and how they can use it. You can track their whereabouts and receive notifications about a particular area's entry and exit times, such as home or school. You can also set limits on their phone usage with FamiSafe. For example, you can prohibit them from using it during study time, family game night, or from using particular applications or accessing certain sorts of information on the internet. The best part is that you can manage everything from a simple dashboard on your smartphone or computer.

Monitor and schedule your kids' screen time as it shows graphs based on the overall phone usage in hours for the current day.

You can check usage data for specific applications and even deactivate any app you don't want them to use from the "App Usage & Blocker" section.

Activity Report allows you to keep track of your children's daily activities on their gadgets.

Notifies you of newly installed or uninstalled programs.

Displays the usage history of each app along with the date and time it was used.

You can choose what kind of stuff you want your children to see.

Allows you to ban websites based on their categories.

You can also rule out exceptions for the categories you've restricted in this section.