Famous Twitch Slangs and Emotes that Streamers and Viewers Must Know!

Understanding the emotes and twitch slangs, those rapid reactions, and unknown abbreviations in the right sidebar is the key to understanding every moment of Twitch every mishap, every win, every insane move. Each second, hundreds, if not thousands, of emotes and twitch slangs are exchanged through Twitch chat, and it might be a little overwhelming for someone who has just joined to watch a show. 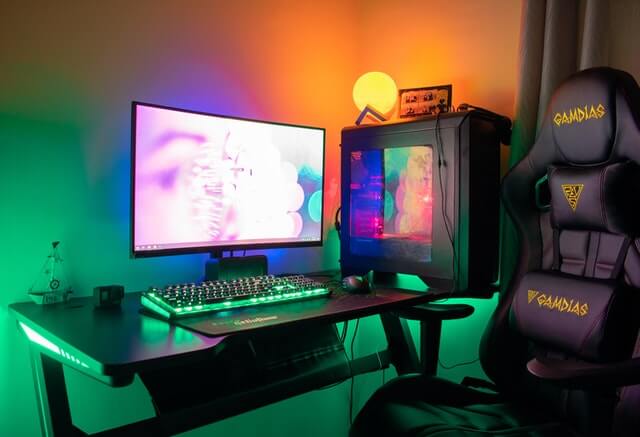 If you've ever found yourself on a Twitch stream for the first time or faced the unique vocabulary that all Twitch streamers speak, you know how difficult it can be to adjust. We have listed the most common Twitch terminology and phrases that you'll need to know and understand to communicate with other Twitch users, so keep reading:

BTTV is a broadcasting-focused third-party website that allows you to add extra Twitch emotes to a streamer's channel, but they're only accessible to other BTTV users. With its distinctive emotes and features, Better Twitch TV (BTTV) has become a part of Twitch culture. It's possible that folks in the conversation are employing the BTTV emote if you spot them typing nonsensical phrases. To participate in the fun, you'll need to download the extension.

LUL may appear to be self-evident that it's Twitch emote equivalent of LOL—but it has a tangled past. LUL is based on TotalBiscuit, a streamer, and YouTuber whose real name is John Bain. Although Bain submitted the "LUL" emoticon to Twitch himself, it was eventually withdrawn after the photographer who captured the photo filed a DMCA takedown request. You can use this emote on BTTV.

VOD stands for "video on demand," It refers to an older stream that you can still see on the platform. Each live broadcast is immediately stored to a streamer's history as a video on demand, depending on their choices (VOD). The Videos section of a streamer's channel will allow you to see all previous broadcasts. Some streamers can opt to turn off VODs entirely, making it impossible to see their earlier streams unless they transfer them to another platform.

After streamers have gone offline, their broadcasts are automatically preserved. They'll be kept for 60 days or until the streamer decides to remove them. If you convert VODs into Highlights, you can save them.

If the letter "F" frequently appears in the discussion, it signifies that the viewers are giving their respects. This often occurs when there is a catastrophic occurrence on the stream. You can also use it to make a caustic remark. The word comes from the video game Call of Duty: Advanced Warfare.

Viewers can trim a small portion of the stream using clipping. The clips usually last between 10 and 60 seconds and are recorded when a notable event occurs during a live broadcast.

A badge will display next to your name once you subscribe to a channel. This badge can increase in value based on how long you've been a subscriber to the channel, allowing the users to demonstrate their devotion. 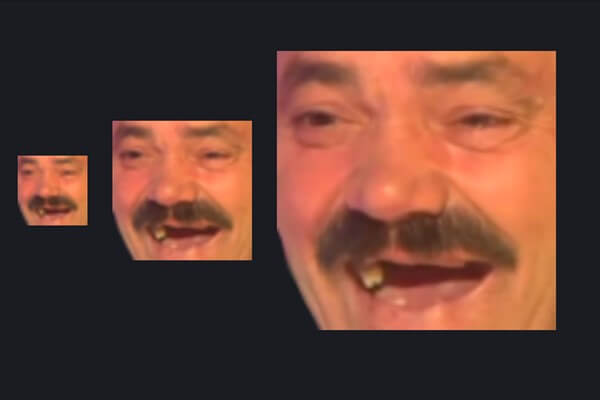 In Twitch chat, KEKW is one of the most popular emotes for expressing laughter. To view it in conversations, you'll need the FrankerFacez library, as you'll only be able to see it as text otherwise. 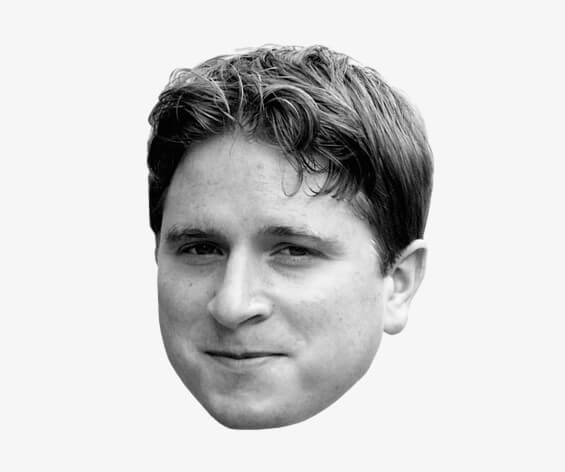 Twitch's official sarcasm stamp is Kappa. It is a common Twitch emote that suggests you're joking around. It has a variant known as Kapp. You can use this emote to troll streamers, convey sarcasm, or reply to a statement that makes you want to roll your eyes using this expression. It has become a part of the chat and live gaming culture since its introduction, and it can now be found on other chat and live gaming platforms as well. 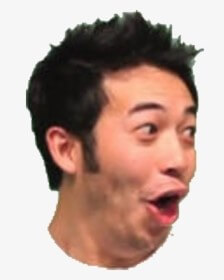 Gootecks, a professional Street Fighter player, inspired the PogChamp emote. While watching a Twitch stream, it's a simple and effective method to convey enthusiasm or hype.

The PJSalt emote is one of Twitch's most popular, and it's a perfect way to make fun of someone who's a bitter loser or is dissatisfied with a game. 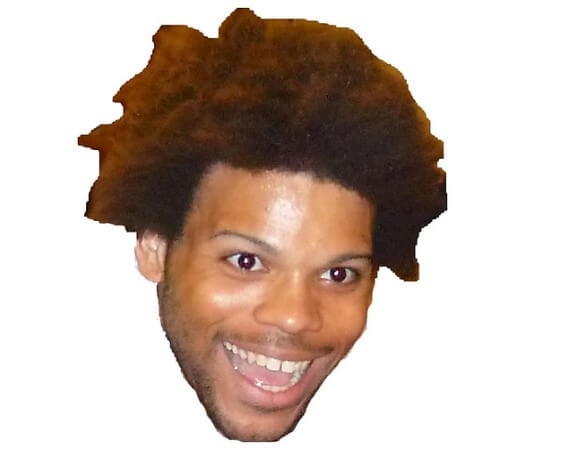 The TriHard emote, created by prominent streamer TriHex, is widely used in chatrooms when a viewer or broadcaster is just trying too hard to impress someone. 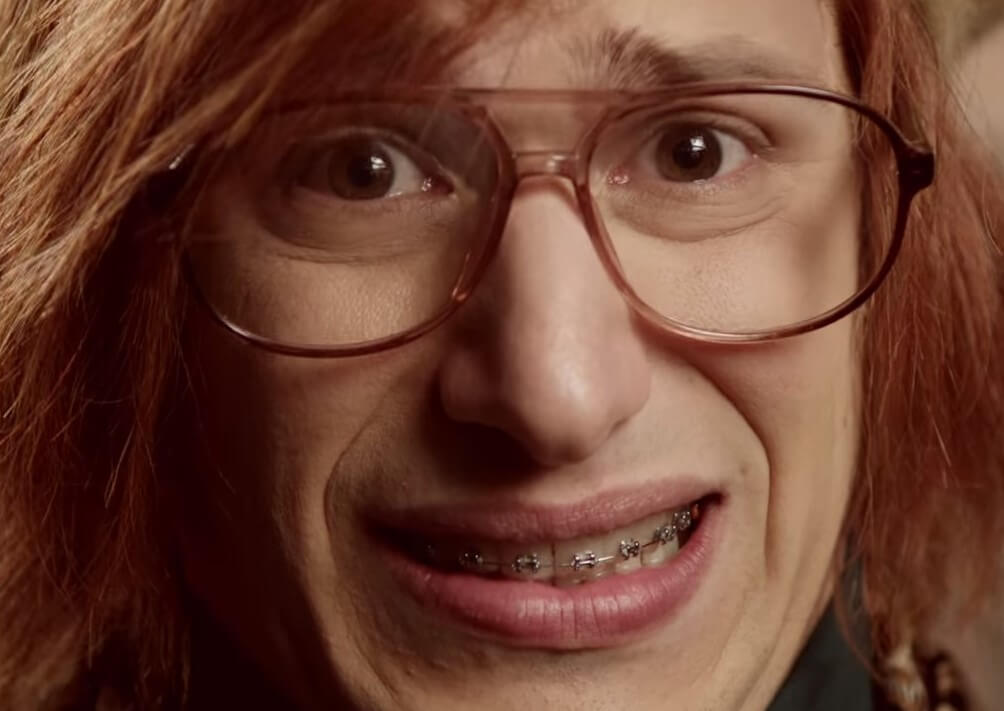 Andy Samberg's visage has now been immortalized as the Hahaa emote. It's a Twitch feature that allows viewers to express deep discomfort during a stream.

MonkaGIGA is a BTTV or FrankerFaceZ emoticon. Its origin can be traced back to the well-known MonkaS emote. MonkaGIGA is used to express surprise in response to a statement or incident in the stream. It is, nevertheless, employed to depict fear or anxiety during high-tension periods during game broadcasts. 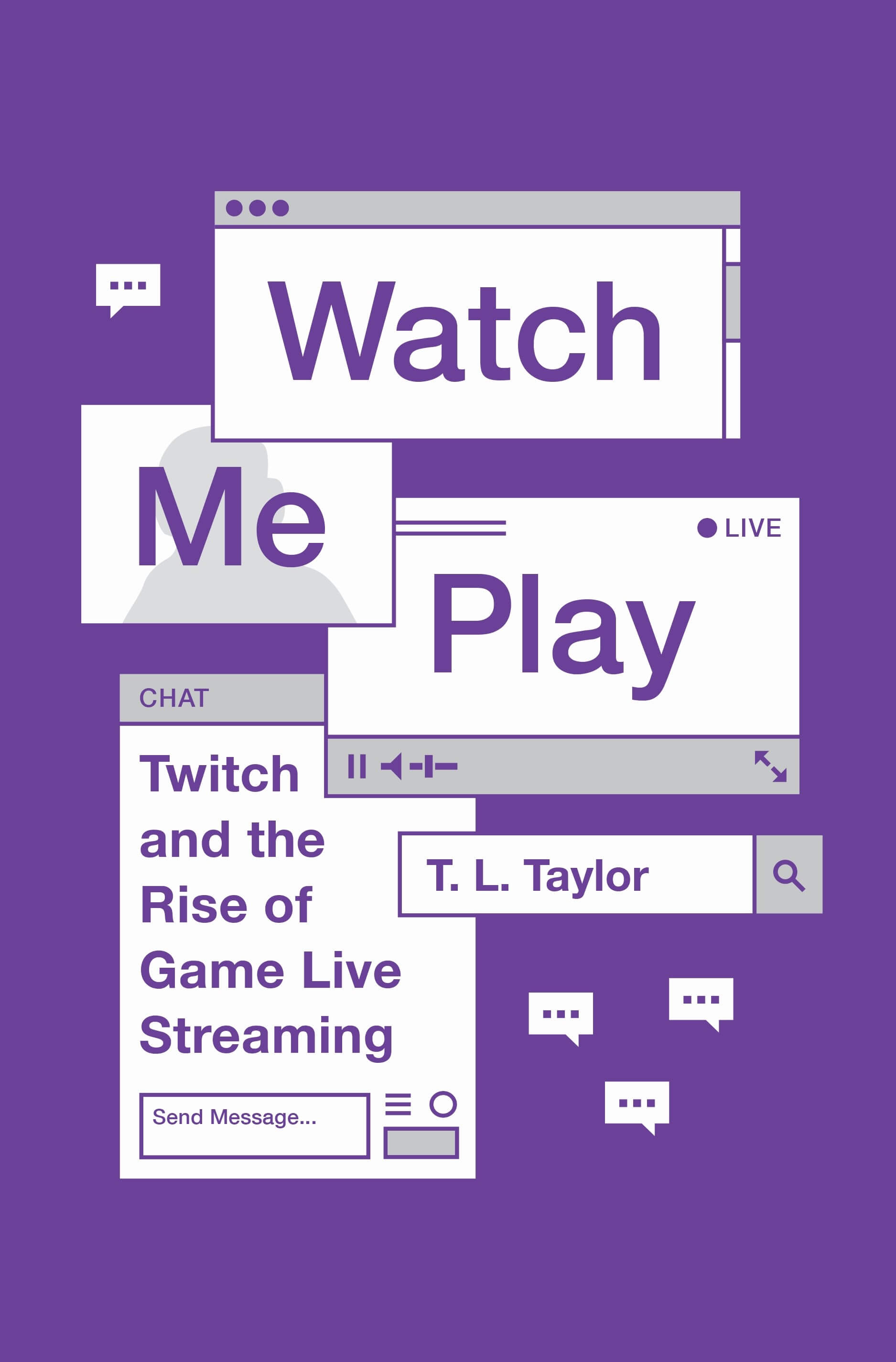 When we talk about internet culture, we're talking about a culture that exists solely on the internet. Twitch.tv, an online streaming platform, fosters internet culture by bringing people together to watch a single broadcaster play a video game. The genuine culture of Twitch.tv, on the other hand, is not so much the viewers conversing with each other as it is the streamer's relationship with the viewers and vice versa. Streamers can post a live feed of their gaming activity or pretty much anything else on the site. Viewers can engage with streamers in real-time by leaving comments, making ideas, or making donations.

Many popular streamers make their gaming sessions interactive by encouraging viewers to assist them in making decisions in-game, simulating the sensation of being a backseat gamer for their pals. Twitch and other live streaming services have revolutionized the gaming business. It not only provided a new type of entertainment for gamers everywhere, but it also helped to bring the gaming industry, in general, some much-deserved attention. Live broadcasting will continue to help Indie games grow, e-sports get recognition, and the gaming industry will prosper at this rate. 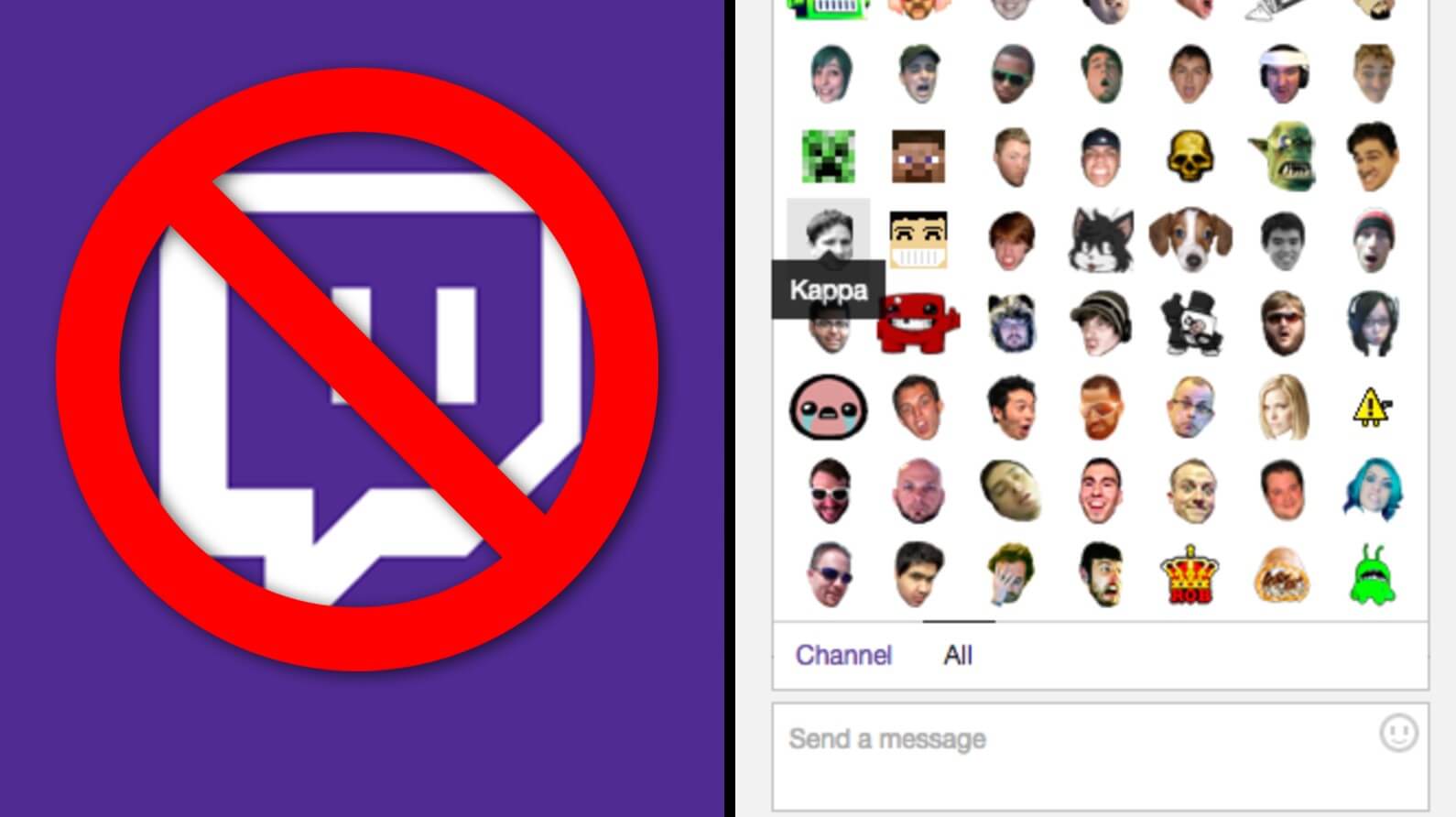 While Twitch is a gamer's paradise, and the overall tone is kept in check by the site's usage regulations, plenty of stuff isn't acceptable for children.

Here's what more you should know about Twitch:

• The majority of the games are rather aggressive. While certain games on Twitch are more kid-friendly, such as Minecraft, others, such as Fallout, Grand Theft Auto V, Crysis 3, and Call of Duty, are more serious.

• The language used by several of the comments is adult. Although Twitch has regulations prohibiting users from being excessively explicit, children will undoubtedly hear and see swear words.

• Search filters block some mature content for categories like Educational and Family-Friendly; however, the broadcasters are responsible for adding those tags, and applying them yields unreliable results.

• There is a lot of advertising on the site. You'll see adverts for explicit films and games, as well as fast food.

• Twitch can be a huge waste of time. If you're worried about how much time your child already spends playing video games, limit their Twitch time because there's an unlimited supply of players, knowledge, and other game-buff items.

• Live-streaming is dangerous. There is no time delay; everything gamers say and does is instantly broadcasted. Therefore, the content is unexpected.

• Twitch broadcasters aggressively seek contributions and paid memberships (more on that below). Some will go to extremes to get viewers to spend money (such as wearing revealing apparel or providing exclusive material).

• Twitch fees may mount up quickly. You may either watch for free or register for a free account that includes services like chatting. A Turbo account is $8.99 a month and removes ads. It requires money to subscribe to a particular broadcaster.

Best Method to Keep Your Kids Safe on Twitch

If your child spends most of their time watching other gamers' live streams, the best thing you can do is look into who they are watching and make sure they are viewing age-appropriate streams. Keeping a constant check on your child's tech use is impossible, so using parental control software like FamiSafe to regulate your child's screen time and restrict the amount of time they spend on websites like Twitch could be helpful.

FamiSafe parental control app can keep you informed about your children's online activities and provide you with a piece of mind as they use sites like Twitch. You can set screen limits, block apps, filter inappropriate words, view activity reports, track real-time location, monitor social media, etc. Keeping your children safe online can be difficult, especially as more websites incorporate live streaming features. Monitoring their online activities through a parental control app like FamiSafe and having open talks about internet safety are excellent first steps toward safe and healthy internet use.