Top 8 Most Common Cyber Crimes Parents Should Know About

Use FamiSafe to Protect Your Family from Online Dangers 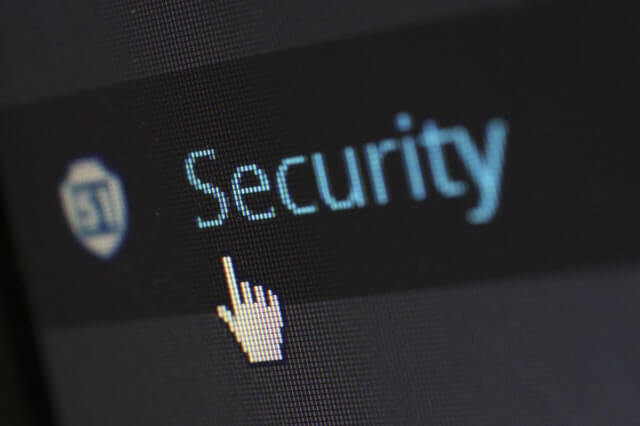 And the worrying thing is that the number will only continue to grow as our dependency upon technology increases. The point is that cybercrime is on the rise, and it can be difficult to keep track of all the different types of scams and attacks happening online.

In this article, we will discuss the top 7 most common cybercrimes and how you can protect your family from them.

Phishing is a form of online fraud in which an attacker attempts to obtain critical data such as passwords, usernames, and credit card details by copying a reputable entity in an electronic communication. Phishing scams are typically carried out by email or instant messaging, and often direct users to enter personal information at a fake website that resembles a legitimate one.

Scammers will often pose as a reputable company or individual to gain their victims' trust. According to Proofpoint's 2021 Threat Report, 75 percent of organizations had experienced some type of phishing in 2020.

Malware and ransomware are used to infect the victim's computer and either steal or encrypt their data. This can often result in the victim paying a ransom to get their data back. This can be very expensive, and some cybercriminals ask for ransoms of hundreds of thousands of dollars and even millions.

Phishing attacks are becoming more and more common, with over 90% of organizations being targeted by them. And it's not just big businesses that are at risk; smaller enterprises and even individuals are also being targeted. 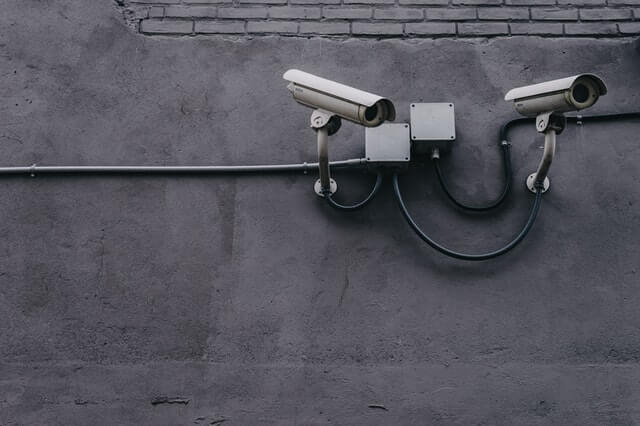 This is when someone accesses your personal information without your permission and then uses it for their own benefit. This can include anything from selling your email address to third-party marketers to accessing your bank account without your knowledge.

For example, Kenneth Gibson, who was an IT specialist for a software firm from 2012 to 2017, stole sensitive data on thousands of consumers' and employees' personal information.

Child pornography and exploitation is the production, distribution, or possession of child pornography. This is a severe crime that can have lasting effects on the victim. Child exploitation includes any type of sexual abuse or exploitation of a child. This can include anything from sending sexually explicit messages to minors to producing child pornography. Sexting is the sharing of sexually explicit photos or videos via text message. This can be a form of cyberbullying if it is done without the person's consent. It can also be a crime if the person in the photo or video is under 18.

In Shreveport, Louisiana, In April 2013, two men pleaded guilty to felony charges in federal court for their role in an international criminal organization known as Dreamboard. This online network produced and distributed images of graphic child sexual abuse. The men face 20-30 years in prison and a $250,000 fine.

Sextortion is a type of blackmail where someone threatens to share sexually explicit photos or videos of you unless you pay them money. Most of the time, they come from someone you know, such as an ex-boyfriend or a stranger you met on a dating site or social media. This is closely related to cyberstalking, which uses technology to harass, threaten, or intimidate someone. This can include anything from sending threatening messages to posting embarrassing photos or videos online.

In Maharashtra, India, a 19-year-old woman who lived alone has filed a sextortion case with the Thane Police Station. The teenager informed police that she befriended a scammer on the internet and who convinced her to provide explicit photos of herself. Later, the scamster started blackmailing her and demanded she sends him more explicit pictures and videos of her; otherwise, he threatened to make them public. So far, the police couldn't identify the perpetrator of this crime.

The point is sextortion cases can be a very costly and stressful experience, so it's important to be aware of the signs of sextortion and how to avoid it. Wondering what leads to sextortion? Learn facts about teen sexting here! 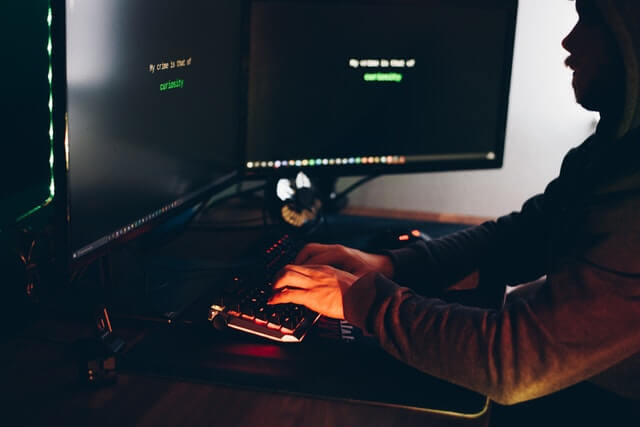 Hacking is when someone gains unauthorized access to a computer or network. This can be done for various reasons, such as stealing data or planting malware. Hackers can also use their skills to extort money from companies or individuals by threatening to release sensitive information unless they are paid a ransom.

For example, in July 2021, the Saudi Arabian Oil Company (Saudi Aramco) was blackmailed with a ransom demand of $50 million in return for leaked information.

Denial-of-service attacks (DoS) are when hackers flood a server with so much traffic that it crashes. This can be done for the purpose of extortion or simply to disrupt the operations of a company or organization. Then there is the Distributed denial-of-service attacks (DDoS), which are similar to DoS attacks, but they involve multiple computers flooding the target server with traffic. Hackers often use this type of attack to take down websites or online services.

Cyberterrorism is the use of technology to cause fear or violence. This can include anything from hacking into a power grid to releasing sensitive information about an individual or organization. Cyberterrorists often target high-profile targets such as government agencies or large corporations. Cyberterrorism has become prevalent in recent years as technology has become more widespread. Many governments are hiring hackers to disrupt the operations of their enemies.

In July 2021, Iran, a US adversary, used Facebook to target US military personnel, posing as journalists, recruiters, and NGO employees. The attackers sent malware files and constructed phishing sites to obtain sensitive login information from victims.

Fraud is the act of misrepresenting oneself to gain something of value. This can include anything from identity theft to phishing scams. Fraud can be difficult to detect, and it can have serious consequences for the victim. Therefore, it is crucial to be aware of the signs of fraud and how to avoid it. Internet fraud is when someone uses the internet to commit a crime. This can include anything from online scams to cyberstalking.

In 2017, Turhan Armstrong was sentenced to 21 years in prison for running a $3.3 million fraud using fake identities, the majority of which came from children. He was sentenced to jail for 21 years for various offences, including financial institution fraud and credit card fraud. 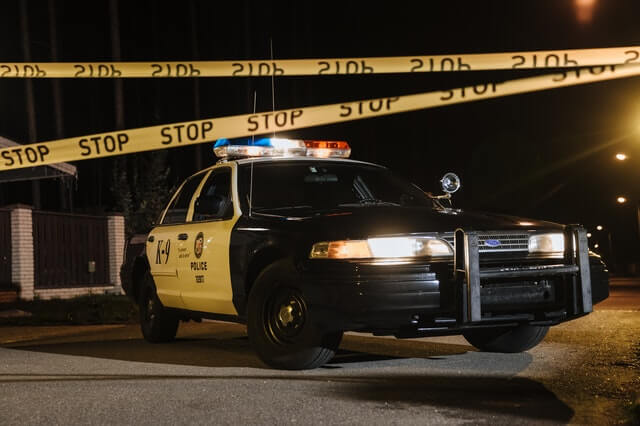 Drug trafficking online is the selling or buying of drugs through the internet. This can be done through various platforms, such as social media, online forums, or dark web markets. With the increase of people using the internet, drug trafficking online has become more common. This is because it is easier to buy and sell drugs online than in person. It is also easier to hide one's identity when buying or selling drugs online. Interestingly, Bitcoin and other kinds of cryptocurrencies are used as a form of payment in this type of trafficking.

In 2013, Maximilian Mundt, a German teenager, received approximately $4.8 million in Bitcoin by selling illegal drugs (MDMA, ecstasy, crystal meth) over the internet. He was caught by the German cops and convicted of selling 914 kg of narcotics on both the Darknet and Clearnet. The police seized 4.1 million euros' worth of drugs from his room, which led to a relatively mild seven-year sentence.

Learn teen slangs about durgs here to prevent such things. 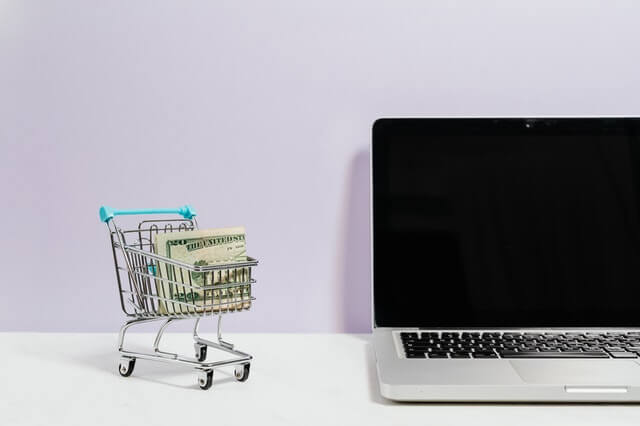 The best way to protect your family from cybercrime is to be aware of the risks and take steps to mitigate them.

• Keep your software up to date: This includes your operating system, web browser, and any plugins or add-ons you use. Outdated software is one of the most common ways cybercriminals gain access to victims' devices.

• Be careful what you click on: This includes email attachments and links in emails and links on websites. If you're unsure if something is safe, don't click on it!

• Install antivirus software: This will help protect your devices from malware and ransomware attacks.

• Backup your data: This way, if your data is ever encrypted by ransomware, you can restore it from a backup.

• Be cautious about what you share online. Hackers can use personal information to target you or your family.

• Beware of phishing scams. Phishing scams are emails or text messages that appear from a legitimate source but are designed to steal your personal information.

• Report any suspicious activity to law enforcement. If you think you or your family have been victims of cybercrime, contact your local law enforcement agency. They can help you file a report and may be able to investigate the crime.

1. What are the most common cybercrimes targeting children?

Every day, children are exposed to cybercrime. With the proliferation of smartphone and tablet devices, it's never been easier for kids to access harmful or inappropriate content on the internet without their parents noticing. The most common cybercrimes targeting children are child exploitation, child pornography, and drug trafficking.

2. What are the four major categories of cybercrimes?

3. How is cybercrime detected?

4. How many cybercrimes are committed each day?

An estimated 4,000 cybercrime offences are reported each day in the United States. However, this number is likely just a fraction of the actual number of cybercrimes committed, as many victims do not report these incidents.

5. Which country has the highest cybercrime rate?

The United States Chamber of Commerce has released its annual report on the business climate in different countries, and Myanmar has come in last for cybercrime. This is hardly surprising, given that the Myanmar government has done little to address the issue and there is a general lack of awareness about cyber security.

By following these tips, you can help protect your family from becoming victims of cybercrime. Cybercrime is a serious problem that will only become more prevalent as technology becomes more widespread. Therefore, it is essential to be aware of the risks and take steps to mitigate them. Taking these precautions can help keep your family safe from harm.