Party games with your friends are a unique experience that can bring out the fun and silly side of video games. Nothing beats working together as a team towards a common goal. However, party games are not always about collaborating, and some will have you testing the limits of your friendships. Regardless of the type of games, party games are a sure way to create fun and unforgettable memories. So here we bring you the top 5 Xbox One family games to play with your close ones. 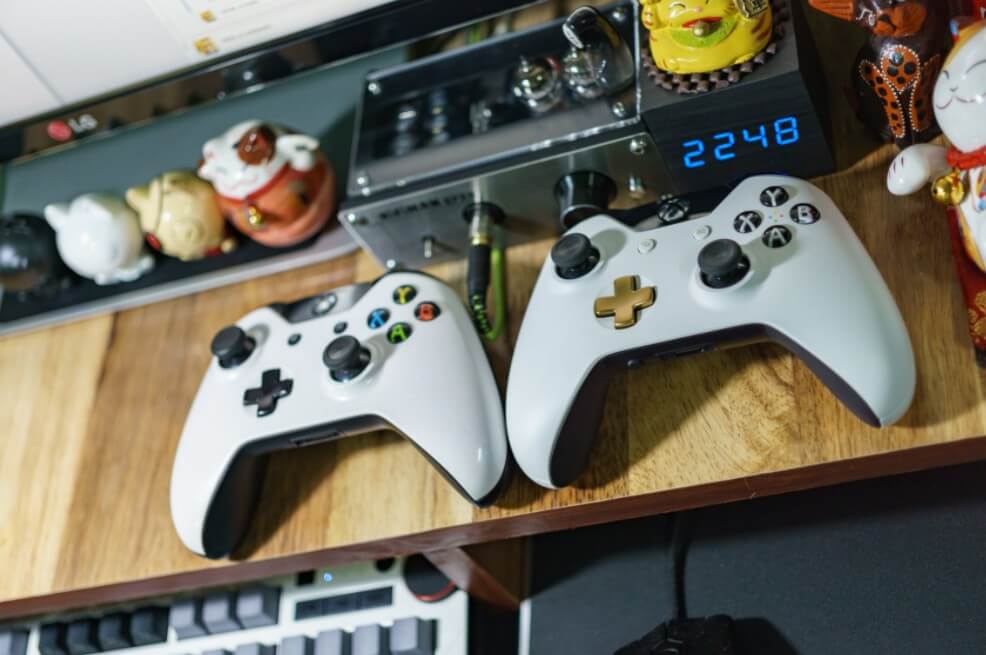 Number of Players: 2, of course 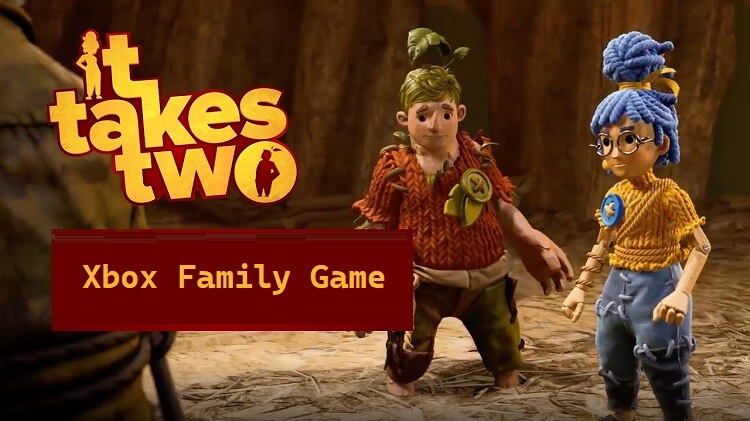 It Takes Two, the winner of GOTY 2021, comes from the creators of A Way Out, a game that also took away several awards and was applauded for its gameplay creativity and storytelling. It Takes Two follows the same formula but only makes it so much better.

This game is a beautiful example of true co-op gameplay. The game has excellent pacing, and gameplay elements keep changing from time to time. Players will spend most of the time traversing fantastic environments, solving puzzles, and mastering new abilities at different levels.

Something exciting and creative about It Takes Two is how it takes up completely mundane tasks and objects and turns them into something fun. At one part of the game, the players use a fidget spinner as a hoverboard to move through the environment, performing exciting mid-air tricks along the way.

Moreover, so many things don’t necessarily help the players reach closer to the goal but are added for the simple reason of being enjoyable. Such as at one part of the game, there are a bunch of dominoes lined up that can be toppled to throw an unlucky soldier down in a pit.

Like this, several small parts of the game can only be found through curious experimentation. Each of these curious efforts is gracefully rewarded with a result.

The story of the game revolves around Cody and May and their journey in overcoming their differences. It Takes Two pushes the boundaries of interactive storytelling, delivering touching and heartfelt moments. 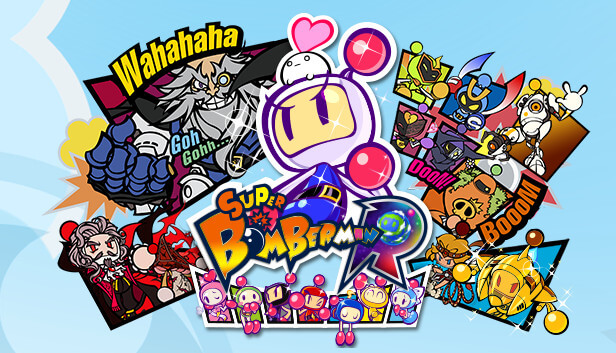 The gameplay mechanics of the top-down Super Bomberman R is elementary; use your bombs to destroy parts of the arena that are breakable, and then use powerups received from those breakable boxes to defeat your enemy. Although simple, the thrill of the game can be felt when 8 players are on the map, trying to gain control of the most powerful abilities and blasting each other to pieces.

Even though Super Bomberman R is a competitive party game. The developers have tried to deliver a mediocre story mode with persona-style conversation sequences with cutscenes similar to anime. The good thing about the story mode is the bosses encountered at the end of each world’s last two final rounds. These bosses are well-made, and online friends can jump in anytime to provide help. There is a slight problem with the camera where it occasionally zooms out of focus.

The online multiplayer functionality is implemented nicely, and up to 4 players can play locally and 8 players online. The gameplay is seamless online, and the Switch’s joy-cons work nicely with the one-button gameplay of Super Bomberman R. 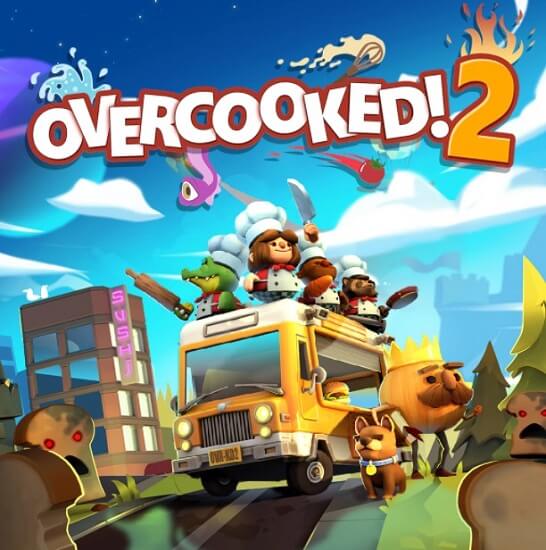 From preparing dishes on a falling hot-air balloon to chopping up tomatoes on a raft, who knew cooking could get this crazy? Overcooked 2 is the sequel to the incredibly hit 2016 game of the same name and follows the same formula with a few twists of its own.

Cooking meals is still as challenging as the first game. Players will need to move back and forth, perform several tasks, and then deliver the prepared meals to the Unbread Zombies. The game throws several challenges at the player throughout the meal preparation processes, such as random fires, moving platforms, and even the complete disappearance of a kitchen segment.

There are also magic portals given to the player to transport food from one part of the kitchen. Sometimes, these portals even move, forcing players to time their food throws. Following in the footsteps of the first game, Overcooked 2 is both silly and random, which gives it its charm.

However, communication and strategies are vital regardless of how stupid the game looks if a team aims for the best star rating. Overcooked 2 is a great party game and a must-play for friends with parties of up to 4. 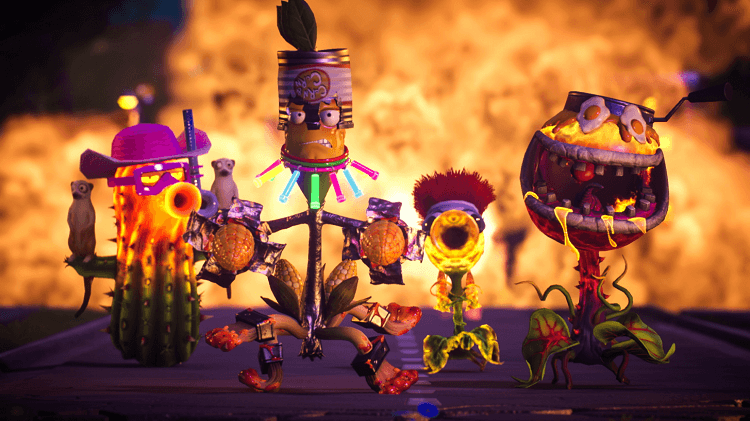 PvZ is considered one of the most promising multiplayer games where players can explore different surroundings, switch between modes, mold custom characters, and sharpen abilities with mind-boggling quests. This game is specifically designed to direct all stress into productive and well-spent time for family game night on Xbox One.

PvZ offers two main action modes for its players, i.e., multiplayer and co-op, including six online multiplayer modes and two co-op modes. The player ratio can exceed up to 24 players in a multiplayer game, while there can be 4 players in co-op games. Players can also invite 3 friends in the backyard to start a party to take on the AI so that they don’t have to find the opponents.

Moreover, they can switch between the teams to duels with their friends. Not only that, but within those multiplayer and co-op games, the players also can choose between competitive or cooperative gaming as either the plants or zombies in the biggest battle for Suburbia.

In this epic backyard battleground, there are more than 100 playable characters to choose from, and six new characters are being introduced every week, bringing more depth to the game. The playable characters are divided into 14 classes of plants and zombies from the past, present, and future. Besides, PvZ has 12 all-new maps to explore Suburbia, with every layer hidden in secrets waiting to be explored.

Although there’s an option to go solo as we’re talking about playing with family, split-screen features can benefit. It allows a local split-screen co-op across any mode in the game on your Xbox One console. 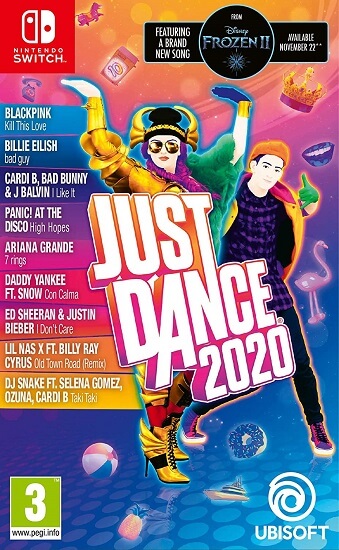 Just Dance is another family-friendly game where players can gather their friends and family to enjoy. The vision behind this game is to spend some time with the family and dance like nobody’s watching. Just Dance has turned 10 this year, introducing the latest tracks and new choreographies. It is the game for every mood and occasion as we can go solo, exercise, and dance just the way we want.

Just Dance offers different playable modes where players can be competitive too, playing solo or cooperatively. The modes include co-op and sweat modes. The co-op mode, just like in every other game, allows multiplayer dance-off, while the sweat mode is best if you want to stay in shape.

It will enable every player to explore fun ways to exercise where burnt calories are easily trackable. It will also show the time spent dancing to keep up the motivation. The most exciting part is that players can try out more challenging songs to increase their cardio.

There are eight new choreographies that are specifically developed while considering the children. The user interface has been tailored with efficient scoring and special characters, allowing the kids to enjoy the game in complete autonomy safely.

Those players who love and enjoy the moves can visit the World Dance Floor for partying online with dancers from all over the globe. There are also many themed events, Happy Hours, tournaments, and new boss families to defeat all year long, keeping you thrilled and motivated.

Don’t have a controller? Nothing to worry about! All you have to do is download the Just Dance Controller App for free from the App Store or Play Store, and you can control every feature easily through your smartphone!

XGP stands for Xbox Game Pass. Xbox Game Pass is basically an online subscription service that offers a rotating catalog of games from many different publishers, all for one monthly price. It also includes Xbox Live Gold and EA Play features like discounts on select titles or free trial periods with purchase!

2. Can I adopt parental control on Xbox?

Yes, you can set parental control on your child’s Xbox console. You can use the default parental control function to set up profiles for each child to protect them from inappropriate content and unwanted purchases.

These are only some of the fantastic family-friendly games on the Xbox Game Pass that can help enhance your holiday time with a bit of added fun. In a year filled with challenges and change, sometimes getting together and having some fun with people you care about can truly brighten your day, week, or holiday.

Whether it’s family, loved ones, or friends that have become family, these games are a great way to connect with whom you care about, near and far, this holiday season.