8 Shooting Games You Can Run on a Chromebook

Mobile and PC games come in different themes and genres. And one of the most loved genres is first-person or third-person shooting games for Chromebook. These games can put your tactical skills in doubt. Here, you, the gamer, will play the shooter, eliminating anything that comes your way. But because of their immersive nature, shooting games can also be addictive to your child. So, in this post, we'll list some popular FPS games for Chromebook and how to prevent gaming addiction for your child.

Before we list the best shooting games for Chromebooks, it's vital to remember that these computers are tailored for study and worth. As such, the game performance with some of the titles listed below may not be satisfactory. But if you insist, below are the best FPS games to play on your Chromebook: 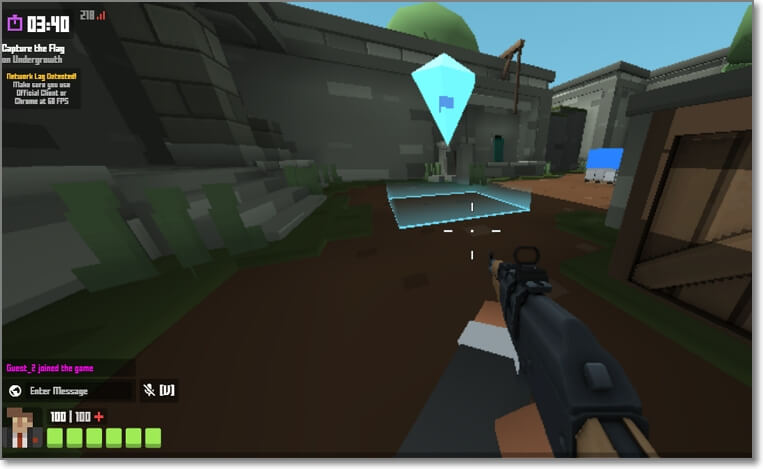 Krunker is a first-person shooter game developed by Yendis Entertainment and released in May 2018. It's a browser-based game, meaning you can play it on Android, Chromebook, macOS, Windows, and Linux platforms. This game is all about shooting your way through twelve rotational maps and grabbing rewards in the process.

Interestingly, up to eight players can join the action and shoot each other out of contention. The game rounds typically last for around four minutes, making it the perfect launch-and-play game for those with little time on their hands. All in all, this might be the most entertaining first-shooter game you've never played. 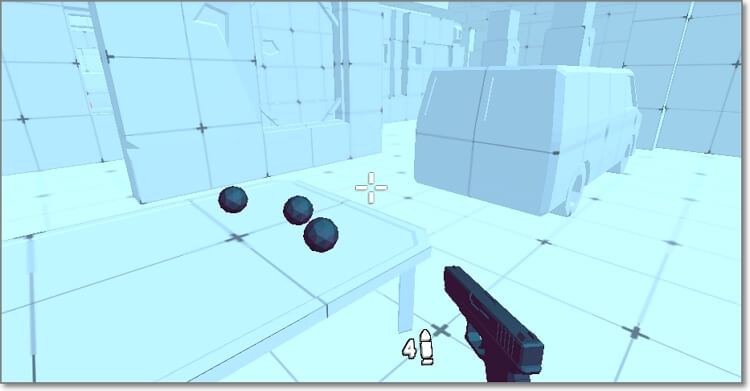 Time Shooter 2 is another first-person browser-based game similar to SUPERHOT. It's a relatively new addition, having launched in March 2022 by GoGoMan. To play this game, you'll begin by choosing a weapon, and then you'll start navigating through the map filled with enemies. Remember to select a weapon that can effectively handle the challenge ahead.

For example, choose an AK-47 rifle if the map has many enemies. You can also unlock more ammunition after watching a short advert or finishing a game round. Overall, it's a fast-paced game where you need to plan your moves carefully and dodge the enemy fire. 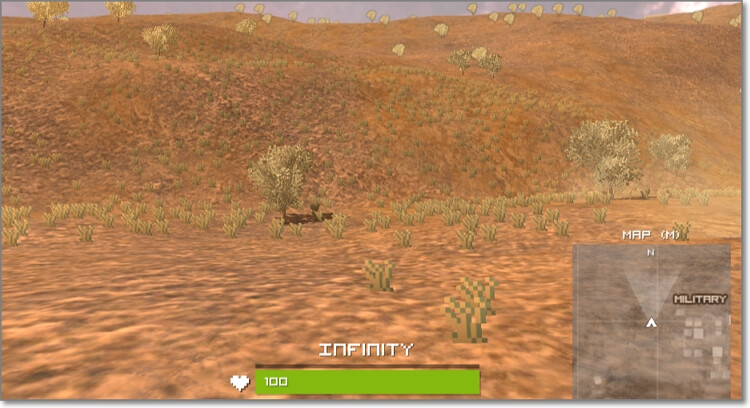 Pixel Battle Royale is a free-to-play action game developed and published by FreezeNova Games. But this isn't your usual first-person shooter game. It has amazing 3D graphics and more than 15 epic weapons to clear up your enemy's territories.

After diving out of the plane, you'll find 5+ weapons and fight until you're the last man standing. You'll find different weapons like grenades, rifles, pistols, snipers, and axes to wipe out the enemy lines. That's not all. You can build your own stronghold on the map and defend it from anyone. What's more, you can drive cars. 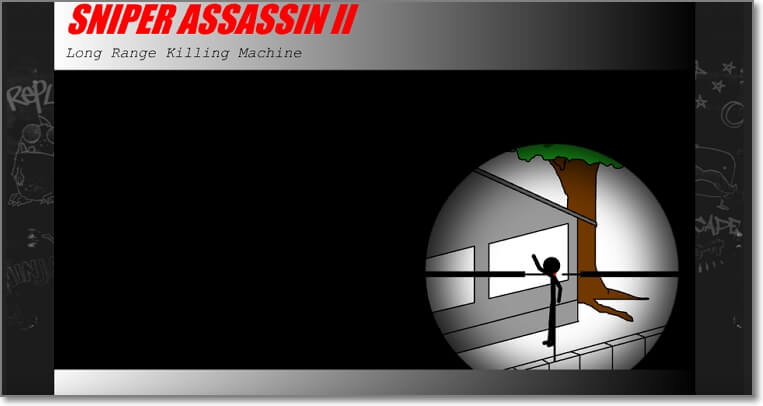 Sniper Assassin 2 is an addictive first-person shooting game released in 2008 by Gonzo Games. As expected, players don't need to download or install anything to play this game. Just fire up your Chrome browser and complete the mission. It's a continuation of the first installment where Shawn (you) is a double-faced government agent and paid assassin. When his wife is killed, he sets out to find the killers, and it will take a miracle to stop him. But playing this character isn't just about collecting big bucks and eliminating targets. You must be careful not to hit civilians on the mission is lost. Fortunately, you can start all over again. 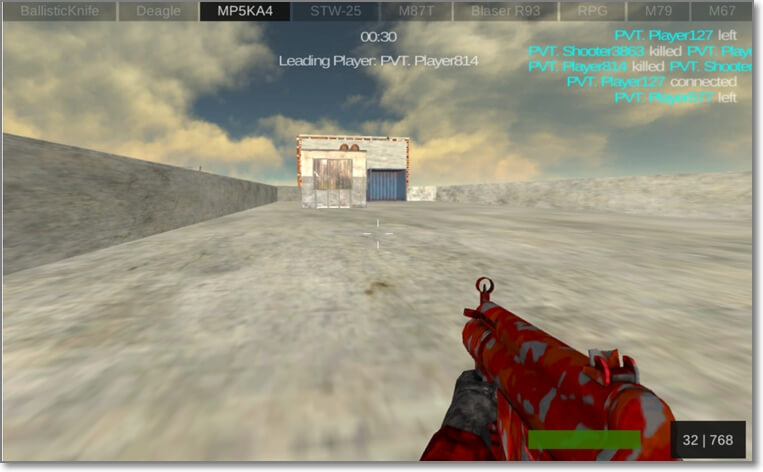 Here's another entertaining FPS title from FreezeNova Games. In this multiplayer shooting game, you'll begin by creating a room and then selecting a map. You can play this game solo or as a team, making it even more engaging than the other titles.

Masked Shooters features operational soldiers armed to the teeth with advanced weaponry. You can arm your soldier with anything, ranging from sniper rifles and assault rifles to grenades and RPGs (Rocket Propelled Grenades). However, be careful not to be hit a lot and deplete the health meter.

Here we introduce some excellent mobile games for you. If your Chromebook can open the Google play store, then they are yours to play! 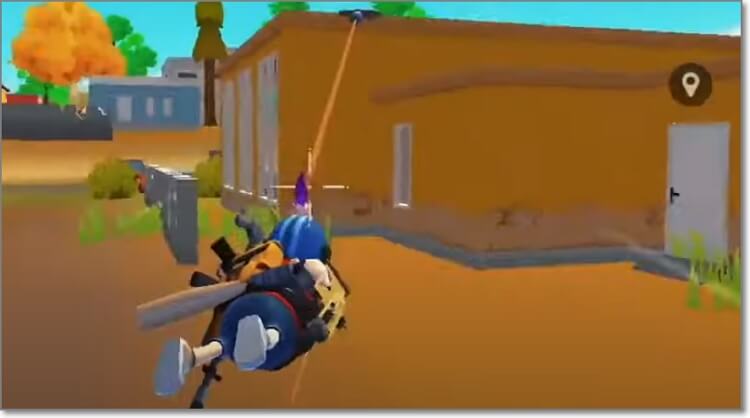 Enter the enemy zone and drop your enemies in this fast-paced, hilarious battle royale. As the name suggests, all game characters are sausages. But there are no softies here. The hardened protagonists can sing and fire at you unexpectedly. Fortunately, you can use the "Double Jump" command to evade shots and use the "Rubber Ball" to fire at enemies.

Sometimes, the battle can go underwater, where you'll don the Life Buoy and engage your enemy in face-to-face fighting. All said, don't be fooled by the game's cute appearance, as it's easily one of the most action-packed games on Play Store. 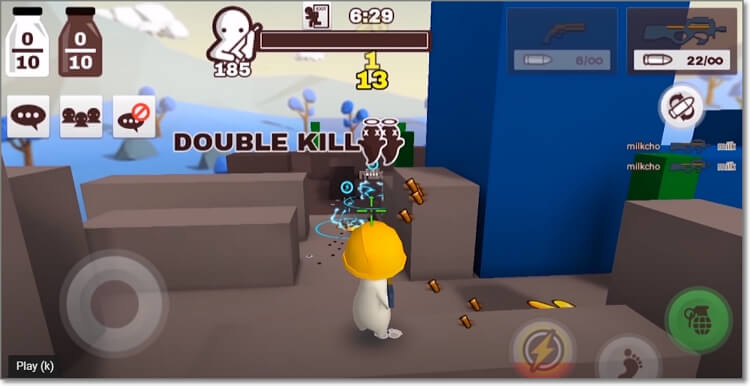 MilkChoco is a free-to-play third-person shooter game released in March 2017 by Game Paradiso. Besides Android, you can also play this game on Microsoft Windows, iPhone, Play Station, and Nintendo Switch. That aside, the game is fun to play, and the graphics are cute, to say the least. You can choose between six heroes, including the Ghost, Medic, Recon, Shield, Assault, and Bomber.

Of course, each of the characters has unique abilities. For instance, the bomber can bomb and damage the area around him. Please let us know if you know a better third-person shooter game for Android. 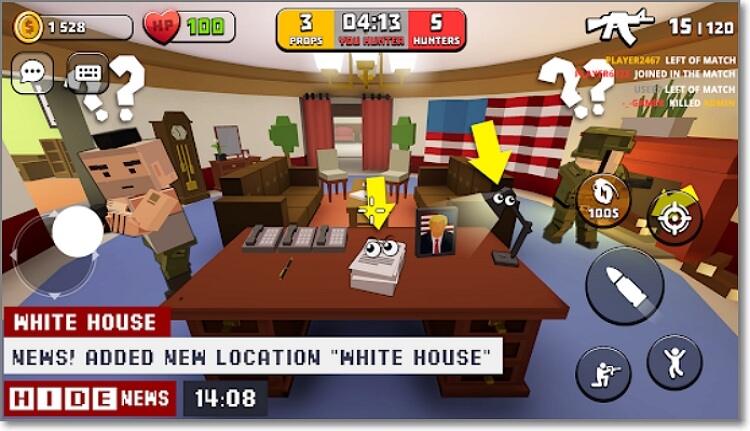 Still unimpressed? Why not play hide and seek at the beach, online station, Santa's house, or even the White House? These are just a few among the many arenas and maps in this cute shooting game. It features sharp graphics, and the background music is soothing and relaxing. HIDE is a team-based game where gamers become the Hunters and Props. If you're the Hunter, the objective is to find hidden objects with bonuses and weapons. On the other hand, the Prop's job is to hide so the Hunter can't find him.

You'll find a large assortment of weapons, including pistols, grenades, rifles, and more.

Playing these shooting games on Chromebook is undoubtedly engaging. But there's a minor concern; Chromebooks don't have any parental control features. Now, this can leave your child exposed to inappropriate online gaming content. For instance, some gaming sites might feature adult or gambling content. So, what's the solution?

If your child is a little older, let's say 12 years and above, it's recommended to have a sit-down session and teach them how to use their Chromebook responsibly. You can tell them not to play online games rated 18+ or click on any advert that comes their way. Also, explain to them the dangers of too much screen time playing games.

But if your kid is younger, use Wondershare FamiSafe to help them have a healthy digital lifestyle. It's an all-in-one parental control app that provides all solutions on your child's Chromebook, MacBook, Windows PC, iPhone, or Android phone. Interestingly, parents and caregivers can remotely monitor as many as 30 devices.

Below are some helpful FamiSafe features to manage your child's online game time:

With FamiSafe's Screen Time feature, you can remotely see the amount of time your kid spends on their device and take the appropriate action on the app. You can block the whole screen making the device unusable, or set a Screen Time schedule. This feature can come in handy if you want your child to sleep, eat, or complete specific tasks.

Is your child spending too much time playing games on specific apps? Fortunately, FamiSafe will generate activity reports on particular apps and allow parents to block those addictive apps remotely. Even better, your child can't open, install, or uninstall an app without your permission.

Another interesting FamiSafe feature is Safe Search. Unlike Chrome's inbuilt Safe Search feature, which can be porous to unwanted content, FamiSafe adds another layer of security. You can view your child's search history on all browsers and block unwanted websites. Also, you can stop specific keywords from appearing on your child's search results, including adverts.

See, there are many shooter games to boost your child's cognitive skills. But we all know these games can be addictive in addition to exposing your child to violent scenes and vulgar terms. So, use FamiSafe to limit and control your child's gaming sessions. But be sure to teach them how to use their Chromebook responsibly.