Nintendo Switch VR: is it worth buying? 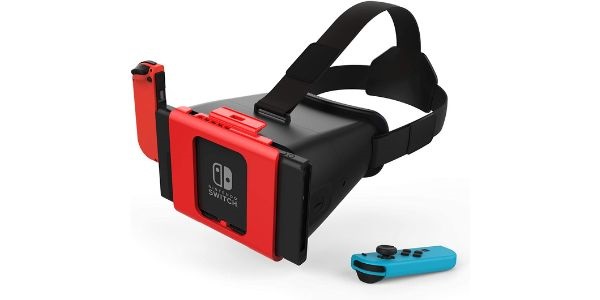 It is now a fact that virtual reality is here to stay. Since its commercial release in early 2010, the technology continues to make its way across different industries, including gaming consoles. For example, PlayStation offers the technology across their devices via PSVR, and Nintendo offers it through Nintendo Switch VR. As you read along, you will discover all you need to know about Nintendo Switch VR, including how you can access it and how it compares to other VR platforms.

01 Part 1: Is Nintendo Switch VR the same thing as PS VR or Oculus VR?
02 Part 2: What is the recommended VR headset for Nintendo Switch?
03 Part 3: How to adopt parental control on Nintendo switch
04 FAQs

The other two VR platforms for console gaming are PS VR and Oculus VR. So, is Nintendo Switch VR the same thing? No, and here are the reasons.

They are all device-specific platforms

Nintendo Switch VR only works with specific devices such as Nintendo Labo and OIVO. Similarly, you can only use PS VR on a PlayStation console and Oculus VR on an Oculus VR Headset. Therefore, it is insane to conclude that the platforms are similar.

Are you a fan of the Call of Duty Series? Unfortunately, the title is unavailable in the Nintendo Switch VR games library. Activision, Call of Duty's developers, has an exclusive contract with PS VR. As such, they can only release their games on the platform and nowhere else.

You need a VR headset to get the full experience of the technology. However, the quality of your experience depends on the device's capabilities. According to most gamers, PS VR and Oculus VR offer the best VR experience. Using these devices offer you seamless high-resolution gaming, regardless of the game quality.

You will notice a significant price difference when shopping for these VR platforms. This is because each platform requires unique equipment to function properly. For example, you can only access PS VR if you have a PlayStation console with the VR bundle, which costs $499.

Conversely, you can play Nintendo Switch VR games by attaching the OIVO 3D VR glasses that cost you $17.99. As such, it is outrageous for anyone to say the platforms are similar.

Part 2: What is the recommended VR headset for Nintendo Switch?

Competition is heating up in the VR gaming industry, and each service provider is doing its best to gain market share. As such, they offer compatibility with other VR headsets as well. Below are the recommended headsets for Nintendo Switch VR games. 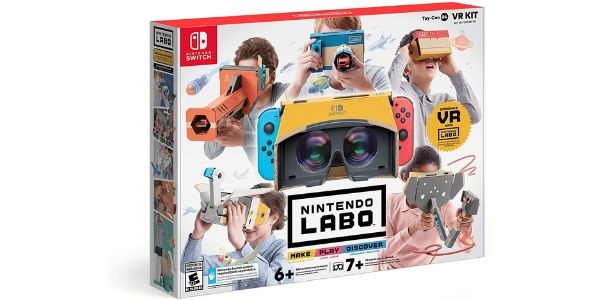 Nintendo Labo is the company's proprietary VR headset and has continued to do extremely well since its launch in April 2018. Most gamers report the following as the reasons for its mass appeal:

The Nintendo Labo is a DIY VR gaming kit that you assemble to suit each game. It features a set of pre-cut cardboard pieces that you join to create game-specific controls. For example, you can assemble a Toy-con blaster for your first-person shooter games to make them more authentic. The opportunity to switch controller setups across games results in good gameplay compared to other platforms.

Nintendo Switch VR only offers games from its authorized developers. As such, you are sure of safety when interacting with the platform since Nintendo uses a strict vetting process for game developers and other suppliers.

It is extremely family-friendly

Nintendo's focus has always been to offer family-friendly content; you can witness the same with the Nintendo Lab. For example, you can assemble the different control options with your kids, which promotes family bonding. In addition, the company indicates that the device is appropriate for all ages.

It is extremely expensive

Despite all the positives, the Nintendo Labo fails in one aspect, its price. Unless you already have a Nintendo Switch Console, you should expect to pay around $500 to enjoy Nintendo Switch VR games. Considering the latest Oculus Meta 2, a far superior device that costs $299, it is not worth the investment. 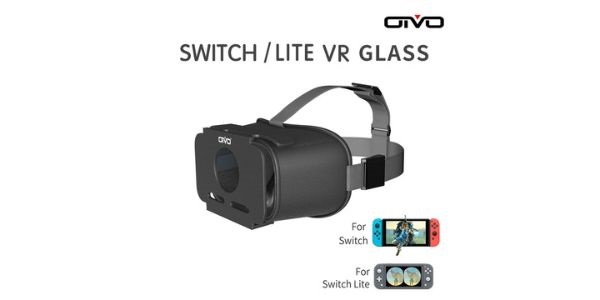 If the Nintendo Lobo proves too complex for you, the OVIO VR headset is a worthy alternative. Here are its pros and cons:

Like most VR headsets, the OIVO VR headset features a modern design that fits your face perfectly and is extremely lightweight. As such, you can forget about neck strain when using it.

It is extremely budget-friendly

Although the OIVO allows you access to the Nintendo Switch VR games library, you can only play select games, such as Super Mario Odyssey, Zelda, and Super Smash Bros. 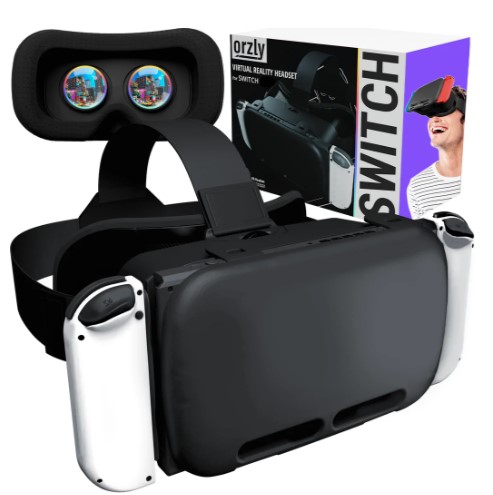 Orzly VR Headset is also a suitable alternative for accessing Nintendo Switch VR games. Below are the points to consider before purchasing them.

They are extremely affordable

The Orzly VR headset will cost you $24.99 at most online retail stores. The price is extremely low compared to other VR headsets for Nintendo Switch.

The headset's harness features three adjustable straps allowing you to wear it as a helmet. In addition, you can adjust the straps to fit any head shape.

Unless you are a huge fan of the Super Mario franchise, you will struggle to find anything else. 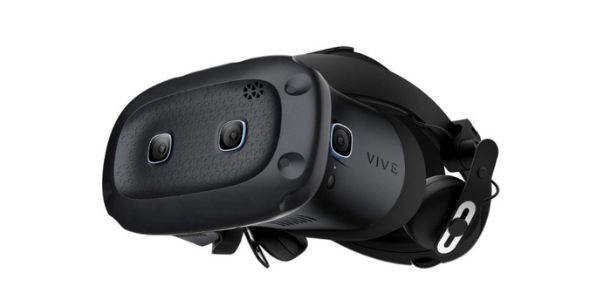 Finally, you can also consider the HTC VIVE COSMOS VR headset for Nintendo Switch VR. However, you will need additional hardware for it to function. This is because you will need to cast your screen to the PC app of HTC VIVE. Regardless, here is why this headset is an ideal choice.

The HTC VIVE is arguably the best VR headset for graphics in the current market. This is because it has a maximum image resolution of 2880 X 1700 at 90Hz, putting it in the Ultra HD class. In addition, you experience a wider range of motion resulting from the headset's six tracking cameras.

Unfortunately, the HTC VIVE COSMOS VR headset commands top dollar across retailers. For example, the COSMOS Elite set costs $749 making it inaccessible to most gamers. Getting the VR headset only is not cheap either since it costs $540.

As you can see, there are few VR headset options for the Nintendo Switch console. However, the above are suitable options, provided you have the budget.

Part 3: How to adopt parental control on Nintendo switch

Most parents are still unsure of VR technology because of online safety issues. However, Nintendo Switch VR addresses these concerns by allowing you to set parental controls for your young ones. They enable you to do this through the Nintendo Switch Parental Controls mobile app available for Android and iOS devices.

Below is how to adopt parental control on Nintendo Switch:

For more detailed steps, check this article: How to Set up Parental Controls on Nintendo Switch

If you are also wondering how to control your kid’s screen time on digital devices? Famisafe-The most reliable parental control app you can’t miss! The Screen Time and App Block features can protect your kid from online safety issues.It offers a wide range of protection on Windows, Mac, Android, iOS, and Kindle Fire devices.

So, is Nintendo VR worth buying? Considering the information above, the platform is more family-oriented and may not appeal to hardcore gamers. However, if you enjoy some of the classic titles like Zelda and Super Mario, it is definitely worth checking out.

1. Is Oculus compatible with Nintendo Switch?

No, it is not compatible with Nintendo Switch. This is because the Oculus is a stand-alone VR headset and offers exclusive content through the Oculus Store. In addition, any workarounds you attempt will result in additional investment in hardware, and the process is too complex. Therefore, only use platform-recommended equipment if you want the full experience.

2. How many Nintendo Switch devices can you set parental controls using your account?

So, is Nintendo VR worth buying? Considering the information above, the platform is more family-oriented and may not appeal to hardcore gamers. However, if you enjoy some of the classic titles like Zelda and Super Mario, it is definitely worth checking out. 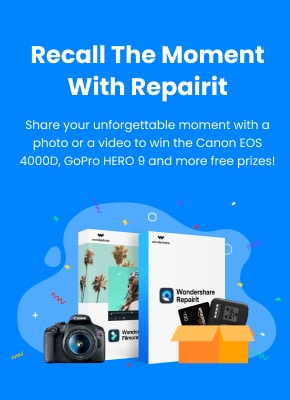