Do video games make kids violent and how do parents handle it?

What do you think about violent video games? Do violent video games affect on youth’s behaviour? You will get the perfect solutions for all these queries in this article. Gone are those days where kids play with video games by saving the life of the character. To be specific, the Mario games, the kid will move the character Mario through different stages of difficulties to reach the target. However, today most of the games are killing one another with guns, swords, knives etc. The online space has huge collections of games with bloodshed and the kids are getting addicted to it easily. 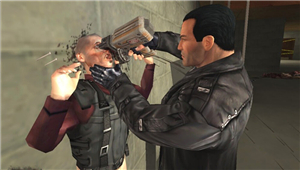 The violent video game environment has fantastic graphics with the illusion of a real world. The striking colour combinations with technical detail attract the kids in no time. The design of every element like gun, sword, knives etc seems to be similar like real ones.

The challenges in violent video games kindle enthusiasm in kids. The entire session will be moving fast without any breaks and this type of excitement that addict the kids quickly.

The violent video games feed the adrenaline of kids. This hormone prepares the kid to fight, shoot, and make arrogant moves in the virtual world of the internet.

Every kid wants to be a leader in real-world but unfortunately, not everyone gets the chance. This love for power makes the kid participate in violent games carrying gun, rifles, arrows, knives etc.

Few of the violent video games involve some of the well-known Marvel characters. This would ultimately attract the kid in no time. The kids will be excited to take the character of their favourite hero and play the game with loads of love.

Here are the list of violent games and children’s favourite too.

It is the survival horror game from Capcom. This game occupied the kid’s gadgets from 2017. This game is all about the person, who is in search of his wife all through the derelict plantation of cannibal family. He has to pass through the challenges on his journey of search. The game environment is highly horrific. 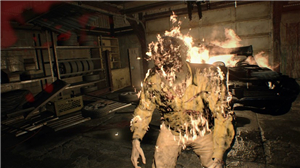 It is a multiplayer game with full of violence. It hails from Funcom. The entire system exists on the Conan Barbarians and the game is all about rescuing characters from this barbarian world. During the rescue action, a lot of violence occurs like slashing, stabbing, killing etc. You can view the bloodshed while playing the game. 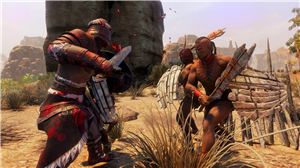 It is a survivor game where you have to escape from the brutal character, which hunts others to sacrifice for the evil entity. It slashes the player brutally with many cuts and bloodshed. This game is highly terrific. The players should find optimum ways to hide from this brutal character to win the game. 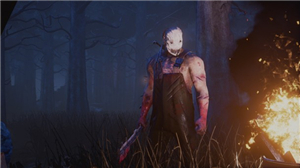 It is the game portraying World War II. Here you will be one of the soldiers carrying knives, gun, bombs, explosives etc to attack the enemies. When you play this game, you will get a virtual experience of standing on the war front with all sorts of explosives. You have to search for the enemies and blow them off using gun or bombs. You should react quickly in a difficult situation to save your life from the bullets of the enemies. 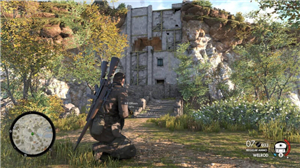 It is the space of aliens and the player should battle with them to be alive. It is one of the survival games. The graphics are full of horror and the characters are scary. You will have powers to attack the aliens optimally. This type of survival game depends on the concept that you should kill the other to be alive. Most survival games are violent and brutal killing occurs in many forms. 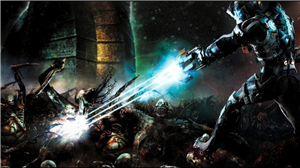 Most violent games have a scope to kill one another aggressively. When the kids play this type of games frequently, then the aggressive character enters into the mental system of the children even without their knowledge in no time. He/she will start to behave aggressively to satisfy their desires.

When the child exposes to violent games often leads to a psychological disorder. He/she behaves arrogantly at times and you cannot control them easily. The perspective of those kids differs. Whatever be the issue their first move is to harm the other person. The kids who play violent games will not feel guilty to hurt others.

The sense of sympathy, empathy, compassion etc no longer exists with the kids who love to play violent games. They will quickly get into trouble anywhere and anytime. They are highly prone to attack others

When the kids play violent type games, then ultimately they will feel restless. They want to do something or the other during free time. They lack patience, listening skills etc. They will behave like hyperactive kids.

The violent games eradicate the focusing attitude of kids. These children will gradually lose interest in other constructive activities like sports, academics, drawing, craftworks etc.

Gradually, the kids adopt the violent attributes of their favourite character in video games and try to practice it in this real-world without their knowledge.

It is quite challenging to protect kids from violent video games. You should find optimum ways to prevent the violent video games effect on the youth of tomorrow. You would have come across a lot of apps and software in the digital market. You have to select the app based on its reliability and performance. The FamiSafe parental control app fits your need perfectly without any regrets.

The FamiSafe parental control tool from Wondershare is one of the remarkable software to protect the kids from violent video games.

Here are the salient features of this app

The FamiSafe allows you to block the unwanted violent video games from your kid’s gadget remotely. You should check out your kid’s online activities often and find the latest downloads available on his/her phone. If you feel the game is highly violent then block it immediately without any second thought. In case, if you do not want to block the game completely then try to limit the usage with the help of ‘App Usage’ feature. 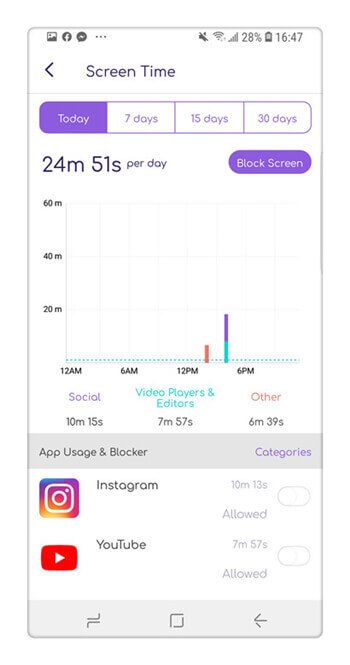 The FamiSafe app sends regular Activity report based on the gadget activities of the kids. In this frame, you will learn the time spent on each app along with the start and stop time. It records data with respect to individual social media apps like Facebook, YouTube etc. Using the data available on this ‘Activity Report’, you will be able to find out whether the kid is addictive to the gadget or not.

You can get rid of violent video game addiction with the help of ‘Screen Time’ settings. In case, in the ‘Activity Report’ if the violent games are frequently accessed for long hours then you can block either the app or set ‘Screen time’ for it. You can limit the kid’s gadget usage if you plan the ‘Screen Time’ wisely.

You can inculcate the importance of time management from the beginning using the ‘Smart Schedule’. This feature allows you to prepare a productive timetable for a day. You must encourage your kid to follow the schedule to obtain desired results.

The FamiSafe parental control app assists you to watch out the browser history on the kid’s gadget. From this feature, you will get to know about the favourite gaming websites of your kid. You can add the filter to the WebPages if you find any inappropriate content in it.