Lords Mobile: The Most Complete Guide For Beginner

Get Prepared for Lords Mobile

Lords Mobile is a video game developed and published by IGG and is available to download on Android, iOS, and Steam. The game is free to play and offers in-app purchases. According to App Annie, the game is one of the top-grossing apps (strategy) on the App Store (iOS) and Google Play. The official description of the game states that it has more than 200 million players around the world.

In 2016, Lords Mobile won the Google Play Awards for "Best Competitive Game", and in 2017 it was nominated for the "Best Multiplayer Game" and called "Android Excellence Game" by Google.

As a beginner, you need a comprehensive guide to help you get the most out of Lords Mobile. There are a few factors to consider, so you’re landing just right. One of the main aims of the game is to offer up lots to do. The problem quickly becomes, exactly what do you do when you’re first starting out and after the tutorial is completed? It’s not like you want to just jump in and end up getting hammered on! Your main aim as a new/beginner player is to build up as quickly as possible. The main way to do this is to keep busy as much as possible. In the following article, you will find a detailed guide to get started as soon as possible.

How to earn more gems？

Gems are essential for building up your village. However, for beginners, it is not easy to find out how to earn more gems. We have listed all the possible ways to get free gems in the game to help you out.

Which hero is the best choice for a beginner?

Before we head into the detailed explanation of why choosing a specific hero for your game, let's have a glance at the complete rank list of heroes.

Rose Knight is one of the last heroes to be able to be unlocked (unless you pay for her), but the overall #1 hero on our list. She is the most effective hero at the Colosseum, especially when maxed. She and the healer (Prima or Lore) will be a part of almost every Colosseum lineup. Rose Knight is the top F2P colosseum hero. Period! Her “Justice Call” skill protects all the other heroes in the team, and her stun is fantastic.

Her Timber Boosts isn’t too far above average, but the Colosseum advantage and Army Attack Boost makes her irreplaceable. I would recommend bringing her to gold as soon as possible or at least to purple before focusing on other heroes. I would strongly recommend maxing Rose Knight (or maybe trickster) to gold before any other hero. 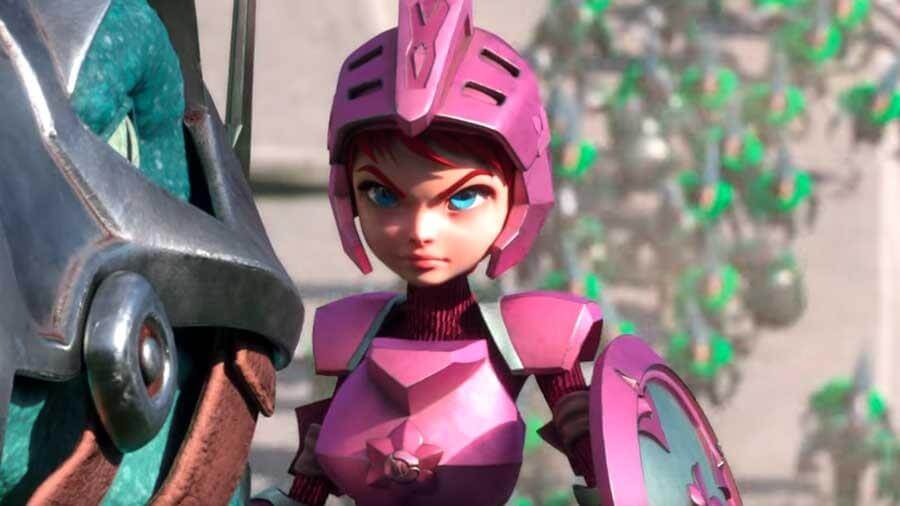 What is the VIP system? 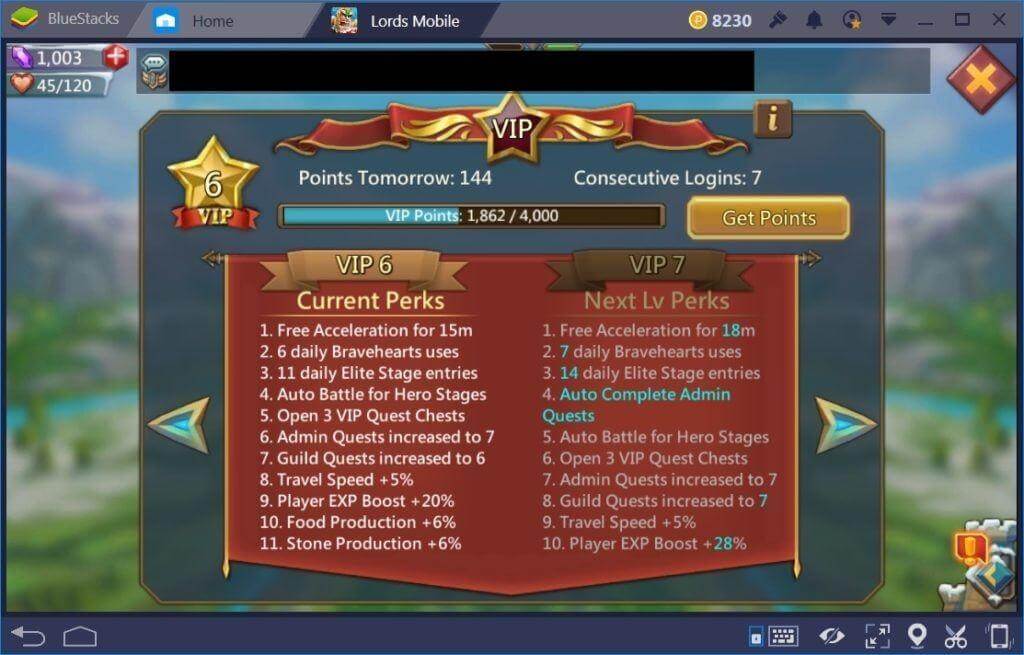 As for this writing, the VIP level is at 6. It only took 2 days (not THAT many hours each day!!) to get to VIP level 5. It’s surprisingly easy to do!! So how do you gain the points to get to higher VIP levels quickly? The initial method is using gems. 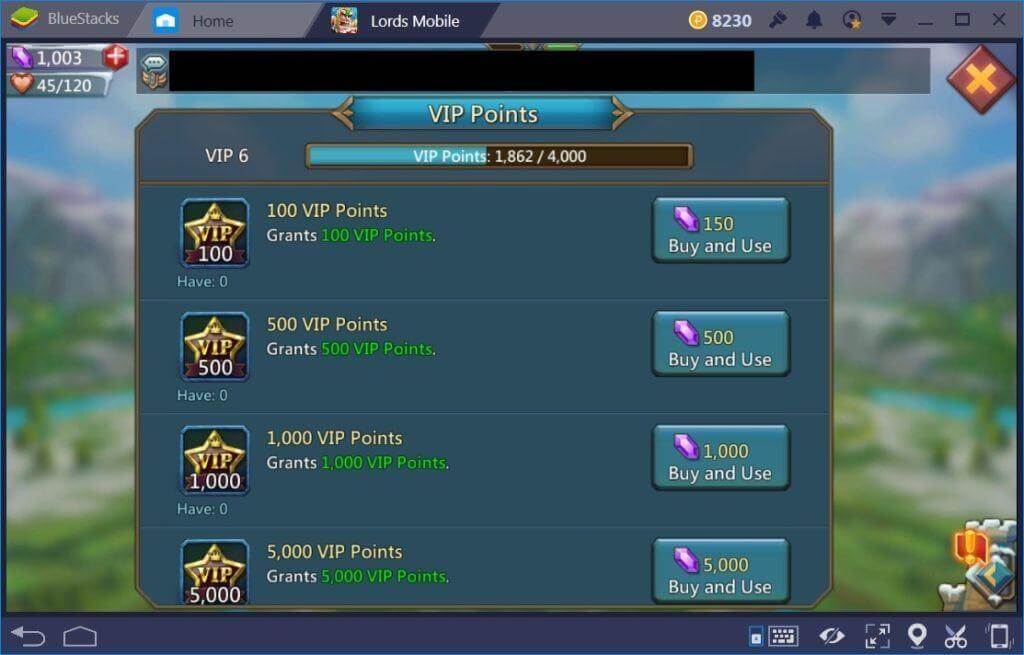 How to build and upgrade your building:

Like in many other conquest games, there is a wide variety of buildings and structures that can be constructed in Lords Mobile. Each of them comes with their own unique functions and importance that can vary depending on the stage of the game you’re currently in. In fact, this variety is actually one of the most advertised aspects of the game given that, with some exceptions, it is emphasized that you can demolish and construct different buildings as per your requirements. These are some of the buildings below:

Production buildings are, like their names suggest, those structures that are exclusively dedicated to producing resources for your city. However, in contrast with other games, production buildings in Lords Mobile are not only charged with the production of the resources; they also store said resources in their own warehouses. That’s right; all the materials they produce are stored right there in the same building. What this means in terms of gameplay is that, once that building has reached maximum capacity, production is halted. As a general rule of thumb, you’ll never want the production to stop. In this sense, you should always be constructing or researching something or simply upgrading your production buildings to increase their storage capacity. There are 5 production buildings in total: Mines, Farms, Lumber Mills, Quarries, and Mansions, which produce ore, food, timber, stone, and gold, respectively. 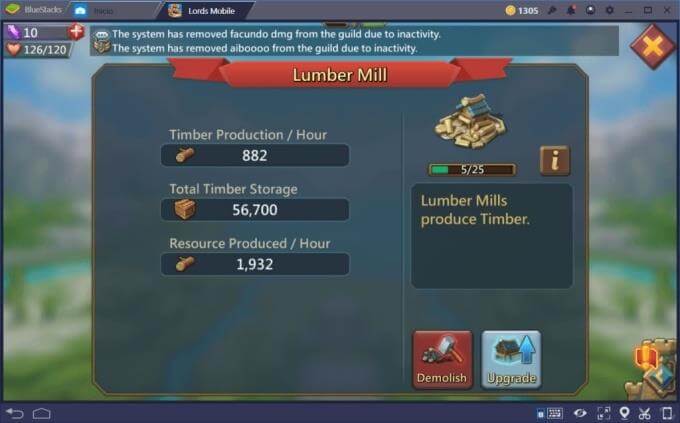 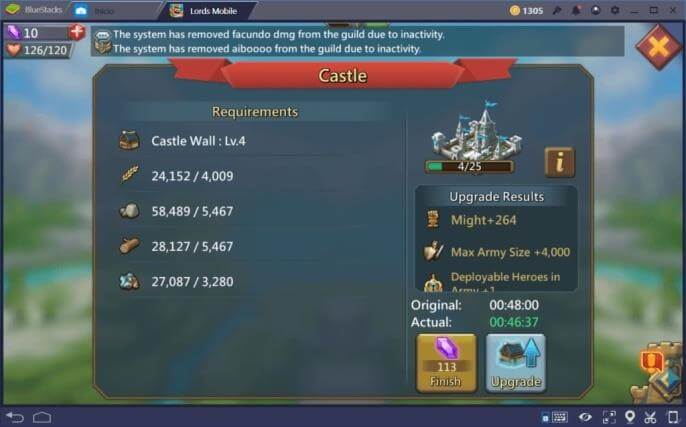 Of great utility and importance. In the academy, you can perform various development projects that allow you to gain permanent improvements for your turf, including upgrading its construction speed, the speed at which you produce resources, the time it takes to train new troops, and even the capacity of your production buildings, among many others. Your academy should be researching something at any given time, so make sure to swing by frequently so you don’t waste time that could be spent developing technologies to improve your odds of success in the game.

The barracks are the only structures in which troops are trained in this game. In contrast to other conquest games where different types of troops are trained in different structures, every single unit in Lords Mobile is created in the barracks, from the standard infantry unit to even siege weapons. By upgrading your barracks, you will increase your might and will be able to train more units simultaneously. In the first level, your barracks will only be able to train 20 units at once. However, upon reaching its maximum level, a barracks can train up to 5,000 units in one go. 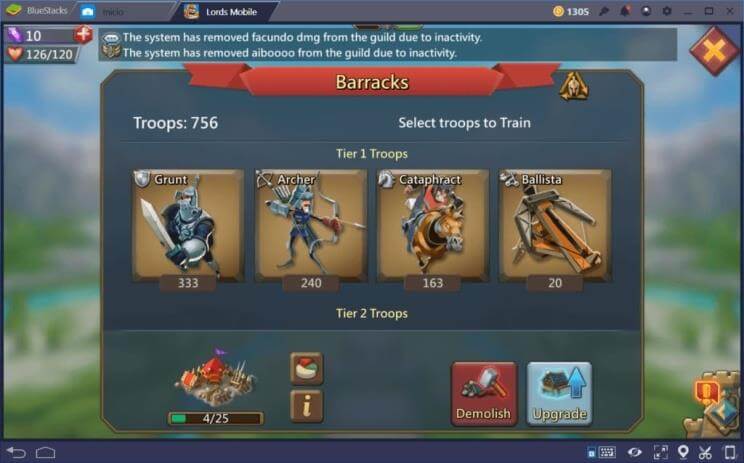 What is the guild?

Guilds are groups of players that work together for one cause. They are an important aspect of Lords Mobile since there are many benefits to joining a Guild, and guild interactions provide the main source of strategy for the game.

How parents can limit kid’s time on lords mobile

It is ok for your kids to play Lords Mobile once in a while. But if your kids are spending most of their free time on Lords Mobile, then parents should take precautions to limit the time. There are several ways for parents to limit game time for their kids.

With the development of modern technology, it has become difficult for parents to restrict their kid's mobile phones. It is not easy for parents to get the phone away from their kids when they reach the screen limit. That's why we need parental control apps like FamiSafe.

FamiSafe allows you to block apps like games and social media apps to avoid kids from getting addicted to them. You can also set up different schedules for different occasions to make sure your kids focus on their tasks instead of their phones.

Moreover, you can use FamiSafe to locate your kids' real-time location to ensure their safety and get to them in time.

Lords Mobile is a mobile real-time strategy MMO with RPG elements set in a chaotic fantasy world full of kingdoms battling to dominate the world. Build up your headquarters with helpful structures, recruit powerful heroes to lead your armies and fight bosses, and set out into the world to conquer enemy kingdoms.