Social media has grown enormously in the tweenies (2010-2019) decade into an obsession for our new generation. From Facebook to Instagram and now applications like TikTok and live streaming apps like Bigo Live is growing into an unending realm. Though it's the reality that technology has advanced humanity into an ever-connected and business-oriented species, some platforms are diverting to uncharted waters, creating some disastrous results for our newer generation. Live streaming is a magnet for cyber predators, a magnifying glass for insecurities, and a breeding ground for bullies. So is Bigo Live safe? And what should parents know? Read on to find out the answer. 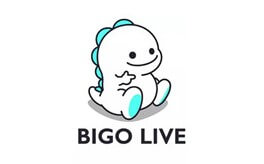 Don't miss the TikTok App Review if you also have interests in it.

What is the Bigo Live app?

Bigo Live is a live streaming social media app that offers the ability to live-stream your surroundings or whatever you may like at a single tap of a button or post video blog posts called vlogs. One-on-one or group video calls can be done via group chats with up to nine users. Once you sign up for the application via accounts like Facebook or Google, you can browse new, popular, or nearby content and even post your own.

Bigo Live urges users to chat with random strangers through their video call feature. It also has filters similar to Instagram Stories and Snapchat that let the user change their appearance and Voice Chat rooms to talk to strangers via voice calls. 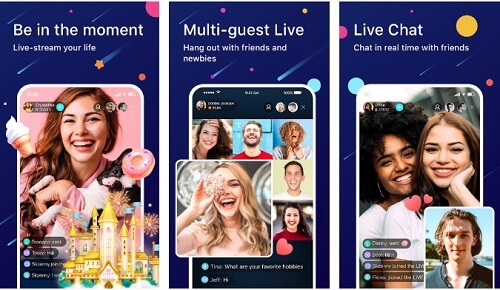 When you join a live streaming channel, you can also join a live chat going on in real-time, share the stream with friends via other social platforms, or send 'gifts' to the streamer on the other end of the video in the form of Beans. Beans are bought with real-world money and indicate the quality and distinguished value of a streamer. The broadcaster can exchange the Beans for real money. The app has created games like ranks and levels for users and entitling them with XP (experience) by signing in every day, watching, and sending gifts to other streamers. In-app purchases included in the app lets a user buy Beans and diverse options.

Why is Bigo Live app so popular among teens?

Live streaming has an immediacy, a sense of instant involvement that recorded video can't match. Streaming is something happening now, and users can easily engage with the content and make the pre-recorded video feel like an old thing. Live streaming lets users interact instantly with your content and gives the streamer a sense of immediate gratification – they won't have to wait before they experience their "wining". It can also give brands and people immediate feedback on products and content, which can be a very fulfilling experience and, as with any other technology, can earn you money. Live streaming helps you reach more people and make a brand out of yourself to sell. It can also be for social experiences because, in this tech world, people are less likely to notice you in real life compared to if you are on a platform like Bigo Live where you can communicate and talk to people, which is a satisfying human experience.

Is Bigo Live safe for kids?

Does Bigo Live have age restrictions?

The app is rated for teens on the Google Play Store with twelve plus age and parental guidance, while on Apple App Store, the app is rated for seventeen plus with quite a bit of detail indicating the nature of the app. The app doesn't have any solid verification system to identify if children smaller than the age of seventeen are signing up. Like any other live streaming application, content on the app can be a concern, and Bigo Live isn't an exception.

What does the media say?

The Sun news UK headlined the app – "'heaven for grooming' where kids are told to 'take off their clothes' and subjected to vile child porn threats – and bosses do nothing to stop it." Parents should be aware of the fact that Bigo Live doesn't have any age verification mechanism and requires personal information, like name, gender, and location – certainly not an app for younger teens or children to use. A salient feature of the app is to search for local members, which is quite a serious problem. If minors are using the app, it can be potentially dangerous for them since all the streams are likely of the account holder and can be recognizable on the street.

What does the user think of Bigo Live?

A streamer is prone to user commentary during the live stream, which can potentially and in most cases is profane and even outright bullying. Teens who are struggling to get social acceptance can be negatively impacted by the ridicule and scathing commentary or willing to go the extra mile to feed their egos either in the form of obscene or dangerous acts, neither of which are suitable for teens nor underage groups.

As a matter of fact, the platform rewards the streamers or vloggers in the form of ranking and followers through monetary tips or gifts for assimilating a larger fan base – increasing social influence. This can cause teens' to be obsessed with social media and have a detrimental effect on mental health. As indicated by Independent social media can negatively affect self-esteem, human connection, sleep patterns, attention span, and mental health. All these destructive impacts are more protruding on teens and immature youngsters.

Parents need to ensure their minors and younger teens don't get exposed to Bigo Live app as most of the live streams we came across contained profane language, nudity, or violence. Bigo Live is undeniably an app for parents to monitor closely and set limitations or even refrain teens from using it altogether.

As stated by the Huntersville Police Department: " [Bigo Live] has a lot of mature content, and users' comments are often predatory and explicit."

Tip: What's the age limit of the Bigo app, and can kids bypass it?

The app is rated "Teen" on the Google Play store. Apple App store rates it 17+ with Google showing it as twelve plus age and parental guidance, while Apple rating it at seventeen plus with quite a description of the app - infrequent/mild sexual content and nudity, frequent/intense mature/suggestive themes, and mild realistic violence. This makes quite a profile for the app's intended audience, which doesn't include kids. The app uses an AI system to verify the age of the user, which can be easily bypassed by kids using one trick or another.

What can parents do about the potential dangers of Bigo Live?

You can only bring changes to any platform if you have some knowledge about it. The same applies to parents; if they know about the live stream apps, they can apply optimum solutions to prevent their kids from suffering, pain, and potentially adult content. In cyberspace, live-stream apps like Bigo Live are flooding the webpages with advertisements and pop up notifications showing small windows of pure luster. Parents need to ensure that their kids and teens don't get exposed to these pages and apps on their gadgets. People will ask, is it possible to block and prohibit these malignant contents? Yes, certainly it is possible. With the right tools and apps, you can save your kids from the damaging effects of obscene apps, and that is what I'll be showing you in a while here.

Parents can try talking to their kids about the potentially harmful impacts of the Bigo Live – Live Broadcasting app, which can be quite futile as the app is very popular. Children might have difficulty understanding why they shouldn't use it. Try to persuade your children by explaining the risks associated with live streaming personal life to strangers and unknown audiences, which can result in serious safety risks.

Parents can enforce a restriction on gadgets altogether to make sure their kids are not exposing themselves to the dangers out there. Practically parents need to ensure privacy settings on kids' electronic devices are high and parental control is in place. Or at least don't allow smartphones or tablets to your children below fifteen age, and if you do permit, only let them install positive social media apps with constant monitoring.

3. Keep vigilant of kids' app activities at a certain time.

FamiSafe is an amazing all-in-one parental control application aimed at safeguarding the kid's online presence around the clock. It can help parents in keeping an eye on the child's activities in several ways in this digitally connected world and encourage healthy digital habits in children. This robust and powerful app can save kids from all the impending digital challenges and risks, letting parents control and monitor their kids' digital presence and footprint. It boasts features like explicit content detection, location tracker, screen time limit, web content filter, and app blocker.

FamiSafe can help parents watch over kids and ensure their children don't fall into the hands of perverts and bullies that are utilizing the Bigo Live app by monitoring explicit words on their kids' messages and social app messages. The Explicit Content Detection feature will alert parents when any suspicious messages are detected.

Children nowadays are addicted to apps like Bigo Live, where they spend all their time without any realization of wasting their time instead of focusing on education and learning activities.

Addiction to apps is real and a growing problem for kids and teens, as far as that some countries have started rehabilitation centers for mobile addicts. FamiSafe's App Blocker feature can help parents limit the time kids use some specific applications while blocking other threatening or improper apps altogether.

Live streaming is a new technology, and as with any new technology, there is good and bad utilization of it. Dangerous live-streaming apps like Bigo Live are using the technology for their profit and luring kids and teenagers into a complex security dilemma which can potentially be dangerous for their safety and security. But parents don't need to worry about this anymore as FamiSafe is here to help them get through and save their kids from any and every kind of cyber or real threats in real-time before any wicked mind can cause harm to the kids and youngsters in this ever-changing technology world.