This has happened to everyone! You give your phone to someone, a friend, family member or maybe a stranger at next to you, for them to see a cute photo of a cat or dog and they started sipping. Then, the nosy individual goes a little further and BAM! They land on a picture they were never indented to see. This is why hide pic apps were created 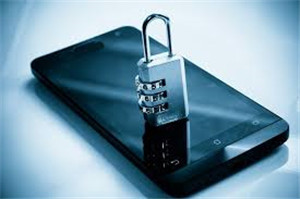 So what is a hide pic app?

Hide pic app is an application that is created to hide specific photos on devices. The applications are programs to help users keep their photos from preying third parties eyes. Initially, people used to delete pictures, especially, nudes they did not want other people to see. However, technology has made it much easier for people, to keep their secrets, where they belong, in Secret! The app hides the photos through passwords, pins or patterns, making it hard for people to snoop around.

Why teens use the app to hide pic

Hide pic apps are very popular among teenagers. Here is why:

While this might not be common among many kids, some use hide pic apps because their parents are always looking into their activities. This is not wrong. However, when the parent does this more than the child can bear, the kid results in security measures that will keep their parent out of their business.

Many kids that form the teen community tend to use their devices for sexting with their girlfriends or boyfriends. They go as far as taking nudes to send to the other party. At times, they forget to delete these photos, which parents eventually find. Some love the picture too much and decide not to remove them. To avoid getting into trouble, these teens turn to apps that hide photos.

Like all good things, hide pic apps come with disadvantages. These apps encourage teens to get into pornography, drug use and at times, teen pregnancy. By encouraging secrecy, these apps increase changes of predators preying on innocent children who should have known better. Some end up having their photos put on the internet because they trusted the wrong people.

There many pic apps available online. Some are effective while others do not hold up to their name. It is essential to check on review and see whether the app is worth downloading. Here are a few applications complied by Mashable that could do the job:

The hiding app is the perfect disguise since its icon looks like plica utility folders fooling third parties. It is password protected and can let users' record photos and videos direct to the secret folder. 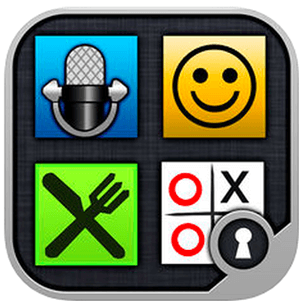 This application has military-grade encryption. It has an added layer of protection that prevents it from appearing on your "Recently Used" apps list. One is only able to access the app using a pattern, pin or fingerprint. Additionally, the app is designed to lock itself when the phone is faced down. 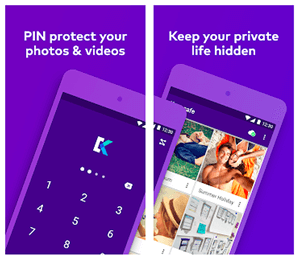 This is an exciting app and ideal for keeping your files secret. The app looks like a calculator making it impossible for people to find your photos. Notably, the app also allows users to lock individual photos and albums. T is password protect, and it can also use touch Id for maximum protection. 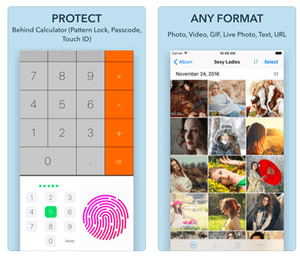 The app is backed by military-grade AES encryption standard, locking your files behind a PIN or pattern. The vault, allows a user to pick and instantly hide any photo or video. 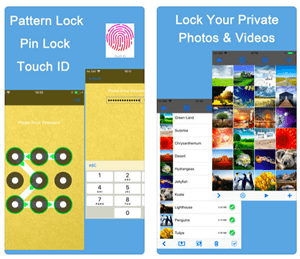 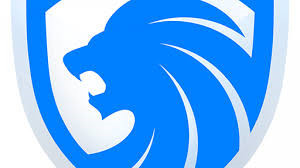 How to find hidden pic?

Now that you know a little on hiding pic apps and what they can do, you probably want to check whether your kid's phone has one. There are many ways to check for hiding pic apps. Here are a few helpful tips:

This is an easy step. Hopefully, your child's device is not password protected. The best place to search would be the App store on the device. When you open this platform, you will have to type in "vault app" or "hide photos" or "secret app" on the search button. The platform will give you a list of available apps. From the list, if you see any that has "OPEN" next to them, you automatically know that your kid has already installed them on their device.

This might sound like a stretch, but it is worth trying. You can talk with your teen and explain about hide pic apps, their benefits and especially dangers. Have them understand why they should share access to their devices.

Having this talk will help them better understand the consequences and hopefully share access with you. The direct approach will only be useful if you have a better communication channel with your kids. If not, you can use parental control apps like FamiSafe.

FamiSafe is a parental control application created by WonderShare to help parents help many monitor their kid's activities. The app has many features, including location tracking, cyberbullying prevention, web filtering, screen time control, and much more.

FamiSafe is the best parental control app available. One of its features, app block, helps parents to block distractive applications during certain times like study time or sleeping time. It also allows them to block applications that might be harmful to the child. FamiSafe, is quite useful since it gives parents notifications when the child tries to click on the "blocked" app. the app is compatible with all major android phones and tablets, iPhone/iPod/iPad; iOS 9.x, 10.x and above

As a parent, before using the app. you need to talk to your kid and have them understand why you are taking this parental control measures.

It is the responsibility of ever y parent to ensure their kid stays safe even if it means protecting them from themselves. At times, they might think they understand the actions they have taken. However, protecting them will help you sleep better at night. In addition, you will avoid extreme situations like becoming sex addicts or sharing nude photos of themselves that might end up on the internet. There so much one can do as a parent. However, understanding security features like hiding pic apps will go a long way into helping your kid make the correct decision. Lastly, unknowing more about these technologies gives you a clear direction on which actions you can take as a parent.

Effective ways to locate lost iPad with Android or iPhone

How to Block Text Messages on Android

The Best App Blocker and Parental Control For iPhone