Perhaps, it came to solve Snapchat’s lack of the ‘search’ feature for new friends. The Wink app connects with Snapchat in the quest to bring together friends and other Wink users. Just swipe through profiles and request to be added to a Snapchat friend list. Mark you, you can view a list of the profiles from any part of the world.

It doesn’t end there!

You must possess some diamonds or gems for you to request to add anyone on Snapchat. And before you know it, you would have accumulated a bunch of friends to share the app with, take surveys, watch ads, purchase products, and do the regular chats. The Wink app can automatically match two users and privately connect them directly on Snapchat. But the de-facto big giant engulfs all these abilities. Many users find this app a suiting hub for dating and sexting. Users publicly share personal photos, location, sexual orientation, relationship status, and other personal information – constantly raising an eyebrow to the concerned parties. 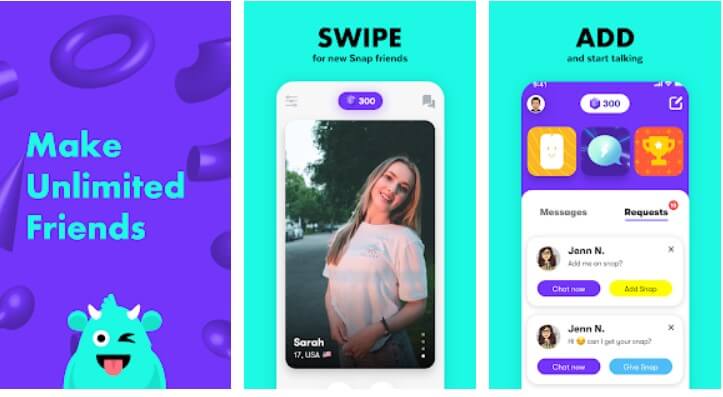 How does the Wink app work?

You aim to find new besties and strike up a conversion. Well, the app is free for installation. Once on your device, swipe right and left through numerous new faces. Locate any user with a bio that interests you. Likewise, you can befriend those that you share similar interests with, depending on what you read in their bios. Just add them to Wink and on Snapchat and hurrah!

With newly found friends, the Wink app makes conversing easy. Find out what you have in common. And the more you engage in numerous conversions, the more you increase your chance of earning gems. These gems are your leeway to unlimited friends. Use them to send or add requests to other new friends to your circle.

Is Wink a safe app?

Come to think of it; you have a wider circle of friends, you provide your personal information like location, age, and post profile photo. More so, Wink Snapchat has by-passable safety enforcement, putting your kid at these possible risks.

Anyone can snoop into your account and grab all the information they need. Since when kids sign up, they include personal information like the school they attend, Snapchat username, home state, and profile photo. Criminals can easily use such information, purporting to be who they are not, for cybercrime activities.

Users search for not only general friends but also for soul-mates. The app, actually, privately connects two users directly on Snapchat. This app appears to cater to minors as a dating app-like platform, allowing the sharing of personal information, including relationship statuses.

This app is a social network platform that guarantees users to connect to people they don’t know or have never met. And such share any content, including nude photos and other unwanted messages. Most users may use such weapons to lure kids into sexuality.

According to commonsense media.org, there are greater potential dangers to minors. As you already know, the Wink app is about swiping left, right on images and you instantly get new friends if they happen to swipe too. Here are some concerns from parents.

One parent report that there are tons of profiles that feature profanity and other nude photos. Stayhipp.com news Review recently reported that despite apps requirement to filter inappropriate content like nudity, they pulled out the wordings “do not add me for nudes” posted by a teenager. This implies that such requests are common and possibly, that kid had been approached before by such.

Kids do by-pass age recommendations. Children of the ages as young as 12 years old end up joining this app. There’s a parent who was curious to check out what his 12-year-old does on Wink Snapchat. She started swiping and what met her are people looking for ‘a wifey’, ‘hook-ups’ and, ‘sex’. It makes it not even safe for 17-year-olds.

Wink Snapchat offers pints to teens for logging in daily and sharing their snaps. One parent complained that his daughter sticks to the app, busy following Wink on Instagram, and getting other Snap friends to join Wink to get more points. She has no time for studying or proper sleep.

This app lacks customer support Email, or phone. My son shared his snap and instead was met by mean words and fun-making comments. He approached me on the same and upon checking the app, we couldn’t find any ‘Report’ button.

Does Wink have parental control or privacy protection setting?

Wink app has a blocking feature that lets you block any unwanted user within the app. Just click on the three dots below the profile image of the user you need to block and select the ‘Block User’ option. However, this may be of little help, especially when the damage is already done. A user may have cyberbullied your kid or impersonated him out of the personal information he shared. However, when it comes to parental control mechanisms, there is no much that parents can do to help their kids.

What age can kids use the Wink app and can kids bypass it?

Although the Wink app sets its recommended age at 17+, kids still manage to create accounts. There isn’t any measure that enforces users to verify their age. A simple selection of age from a provided list isn’t worthwhile as there is no requirement for showing proof. So, kids as young as 13 years can easily click on age 17 or 18 to by-pass that section and get right into the app. And being that the app matches users up with those of ages close to them, any older user can set their profile to a younger age, specifically to target teenagers for explicit behaviors.

How can parents protect kids from the potential dangers of the Wink app?

Wink app has a blocking feature that you can encourage your kid to use to eradicate those that they feel are a bother to them.  Once blocked, the user won’t access your kid’s profile, either send any further content.

Show interest in your kid’s favorite app. Let them explain to you what they like most about the app. This is a good opportunity to learn more about who they talk to, what they share with friends, and what they discuss. It could give you a hint on where to express yourself about friends who are likely to mislead them. But when the going gets tough, simply block the app to deter kids from further access.

This is, perhaps, the stress-free way to go. Parental control app like FamiSafe has the potential to let parents control the apps their kids use and what sites they visit. Use it to help your kid form good digital habits whether you are around them or not. 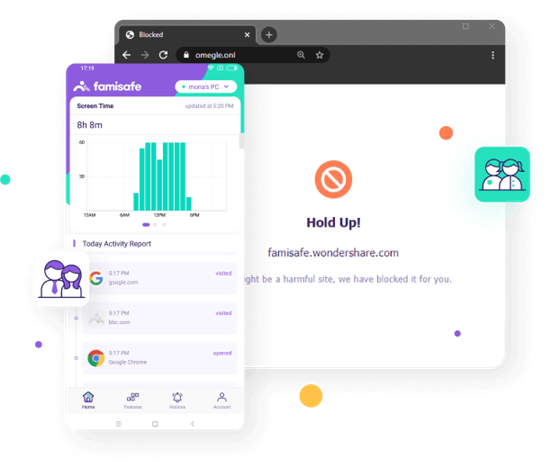 Hold the keys in your hands and limit your kid from accessing unhealthy information. This feature helps your kid in staying more focused on school assignments while limiting app usage. And if you feel some apps aren’t worth, simply block them by age-based rating on your kid’s iPhone. Better enough, those blocked apps will disappear on your kid’s iOS device as soon as you block them. Likewise, keep up the pace and see all the used apps on your kid’s Android phone and the amount of time spent on such.

Know what phone activities your kids are involved in throughout the day. Likewise, have a clue about the kinds of apps they have installed on their phones. The best part is that you can do this remotely – don’t check your kid’s phone daily – just get updates from your end. Better still, since you know what they watch and the apps they are glued to, talk to them about the potential dangers of various applications and help them stay safe.

Kids love to explore, but when it’s not done the right way, they may be prone to malicious applications online. Subscribing to apps like Wink Snapchat exposes kids to strangers and other potential dangers. When not guarded, they may rave havoc on kids. It is, therefore, upon parents to ensure safety. And the best way so far is engaging parental control apps like FamiSafe. You wouldn’t even need to check on your kid’s phone every day, just install and get hints of what apps and which sites your kid hovers around.