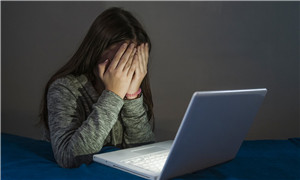 Has your kid ever been distressed or emotionally abused online? If so, chances are your child is a victim of cyberbullying.

Cyberbullying is basically an umbrella term that encompasses harassment, abuse, harm, or intimidation through the use of the internet and/or other technology. While bullying is not really a new problem, cyberbullying is, and the worst part about it is that it is continuously evolving as new technology and social networks are being introduced.

So here’s the question; is cyberbullying a crime? Well, almost all states in the country have laws pertaining to bullying, with many states passing provisions on cyberbullying bullying and online harassment.

The Consequences of Cyberbullying for Kids

Social media platforms, online forums, and chat messengers are all venues for cyberbullying. According to a study by the Cyberbullying Research Center, nearly 37% of students between the ages of 12 and 17 years have reported experiencing cyberbullying in their lifetime. Hurtful comments and spreading false rumors online were cited as the top two types of cyberbullying.

What’s perhaps not surprising is that mobile phones have become the most common medium for cyberbullying. This is due to the fact that 95% of the teens today in America have access to a mobile device, and a vast majority of them have access to the internet on their mobile devices.

Of all the social networks, Instagram is cited as the platform where most kids and teens are bullied online. In fact, 42% of the young people surveyed claimed they faced some sort of cyberbullying on the picture sharing network.

In the same study (The Annual Bullying Survey 2017), it was found that kids and teens who experience cyberbullying are more likely to inflict self-harm or exhibit suicidal behaviors than kids who didn’t.

This is, however, looking at one side of the picture. There is a possibility that your kid might actually be involved in cyberbullying as the perpetrator. According to the survey, 23% of students have said that they have said something hurtful to another person online.

What’s important to realize is that there is a fine line between what is cyberbullying and what is cybercrime. Unchecked behavior online may eventually lead your kid to a life of cybercrime where their online actions lead to physical violence.

What Behaviors Make Cyberbullying A Crime

In January 2018, two 12-year-olds were arrested in Florida for cyberbullying as their classmate, Gabriella Green, committed suicide. Both kids confessed to cyberbullying Gabriella, of whom they spread rumors online.

Mallory Grossman, another 12-year old, took her own life in New Jersey due to cyberbullying from her classmates. The parents sued the school because even after repeated pleas to make it stop, the school took little action, and ultimately, it resulted in the demise of their child.

Here is a list of things that can make cyberbullying a crime in most states around the country:

As you can see, cyberbullying can become a crime when it results in real-life implications.

Is Cyberbullying Illegal? Understanding the Laws in the U.S.

As cyberbullying is a relatively new type of harassment (it’s only been in existence of 2 decades), there were practically no specific laws or provisions on cyberbullying up until the mid 2000s. It’s also worth noting that cyberbullying in many states is treated as a civil and not a criminal matter.

What we can learn from this so far is that ultimately, the safety of your child from cyberbullying, in terms of the law, depends on which part of the country you live in. For example, if you live in Missouri, then the offender can be charged for cyberbullying. However, if you are in Florida, the school is the ultimate authority when it comes to punishments for cyberbullying.

How to Protect Your Kids from Cyberbullying

Kids and teens are spending more time online than they were before. What cyberbullying has taught us is that most kids won’t go to their parents for help, which may result in self-harm, or worse. As a responsible parent, you should take these necessary steps to protect your kids from cyberbullying.

Be there for your kid! Cyberbullying is a whole new dynamic today’s parents have to deal with. The best thing you can do is talk to your child and tell them it’s okay to tell you when they feel they have been harassed online. Explain to them that they don’t have to suffer alone and that you are there for them to help them get through this phase in their lives.

This tip goes beyond just saving your child from cyberbullying. Spending too much time online can have negative implications on their health and well being. Teach your kids to spend more time outdoors, with family and doing fun things with their friends. If they are getting cyberbullied online, the worst thing for them is to spend MORE time online.

Apps like FamiSafe can be the make or break difference when it comes to the safety of your child. It’s essentially a parental control app with powerful anti-bullying features that can protect your child from the worst of the internet. You can easily monitor how much time your child is spending on their phones and what apps they are using. Based on that, you can use the Smart Schedule feature to limit their device use to specific hours.

For protection against cyberbullying, the app has Explicit Content Detection which basically sends you an alarm any time your kids are exposed to keywords or phrases that are typically used by bullies. You will also get alerts on your phone if there are any suspicious photos in the phone album. This can protect your child from sexting and becoming a victim of child pornography.