Being a parent can get really difficult when your child starts to grow up. It can also become excruciating to keep an eye regularly on what your kid is doing who is always glued to his or her mobile phone. You don't know if he/she is using some dangerous secret message apps and get hurt from them. 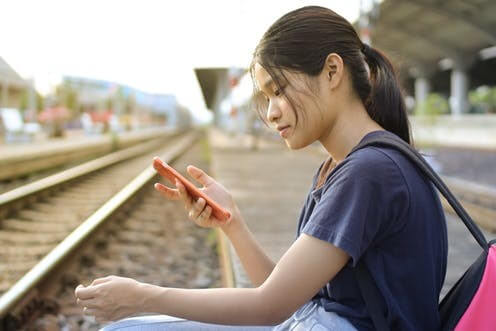 Technology has been both a boon and bane for many causes, simultaneously with the increasing number of social apps that attract young minds to speak to different people from every corner of the world raises some valid concerns as well. We hear and see new apps being launched for both Android and iPhone and to know how safe they are is almost impossible.

Since we see our kids happily spending a significant amount of time on social media and messing apps, this means that they use these apps to get in touch with other people as well. It's fine as long as they use it to stay connected with their friends in real-life only, but how to be sure that they are not using it for other purposes that need your attention?

What is a secret messaging app?

The secret messaging app is not limited to just one, but many. By secret text apps, we mean apps that are available for both Android and iOS, which allow someone to message others secretly. Unfortunately, there are more than a dozen of these apps. Some of them are even free. However, not every secret text app is harmful to your child and will lure them into speaking to unknown people. However, that being said, there are a few anonymous apps that are not safe for your kids. 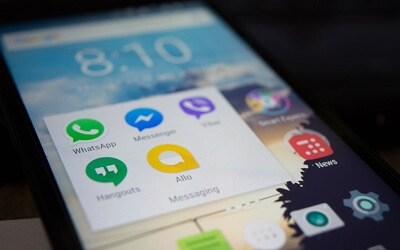 Teens are often found engraved with their smartphones, and they constantly want to be in touch with people. Such secret messaging apps give freedom to your children to speak to anyone they want. This can lead them to divulge. They may start sharing personal information and take risky decisions as well. Now, this is and surely should be a matter of concern to every parent. Most of these secret chat apps have a few things in common, which are not appropriate for kids.

To better protect your kids from these secret message apps, you should get to know what are the most popular private messaging apps on the market.

Here are some of the risky secret messaging apps for the iPhone.

convert Private Text & Call is for iPhone users. It allows users to text anyone privately without showing the records. Not just this, it also allows the user to add a burner number to protect their privacy. People can send private messages to unknown people from a single number. It also allows users to call someone privately. So parents should know and let kids stay away from this risky app. 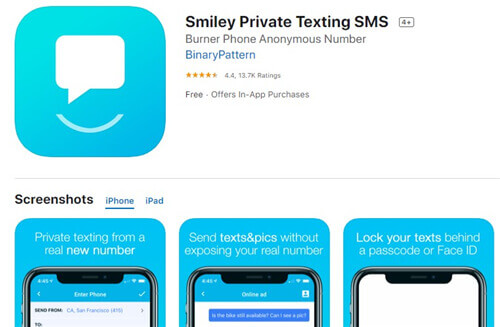 Similar to the CoverMe application, the Smiley Private Texting application allows users to receive messages from anyone privately. This application is free of charge, and anyone can download it on their iPhone. However, it may also let kids get harassed by unknown people. 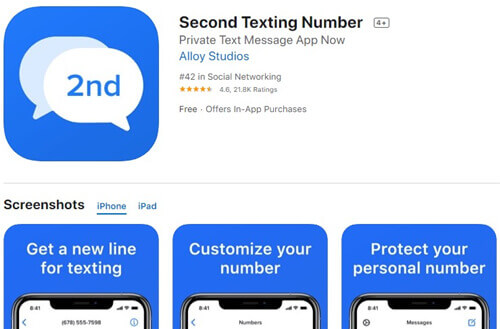 Second Texting Number is a secret messaging app that lets the user hide their number, and instead, this app allows users to spoof anyone and let them wonder who is texting them. If anyone wants to send messages anonymously, then the Second texting number is always their personal favorite because it allows them to fool anyone. Online predators can take advantage of this and prey on our young kids by pretending to be the person they know. So it is risky for kids. 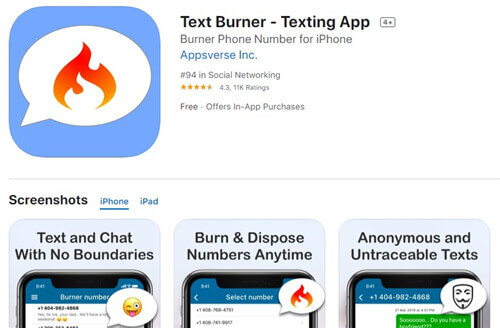 The final app is Text Burner. It is said to be one of the most popular apps because you get multiple phone numbers to text someone. This application allows people to receive a text message as well and read them secretly. But it also may let kids meet dangerous people.

Now, let's move on to the 4 popular secret messaging apps for Android. 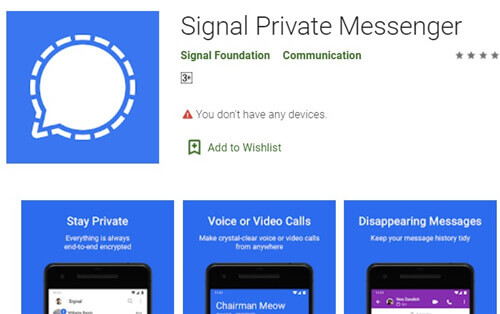 Signal Private Messenger application is said to do its job pretty well. Along with the private message, it also allows people to call as well privately. It comes with end-to-end encryption. However, this app allows the user to text privately, which means unsafe for kids. 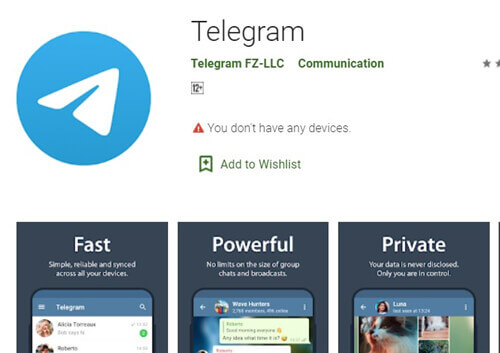 Another free application for secret messaging on Android is Telegram. It is quite similar to Signal, and this one is encrypted as well. People can use it to send anonymous text messages and voice calls. So parents should know the dangers and keep kids safe. 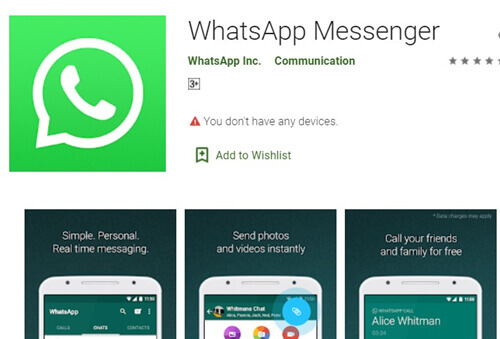 Everyone uses WhatsApp to exchange messages, files, photos, and videos with one another. This application is owned by Facebook and allows users to share messages and more. This application is prevalent among youths and adults. Parents should notice that kids can meet dangerous people and suffer cyberbullying. 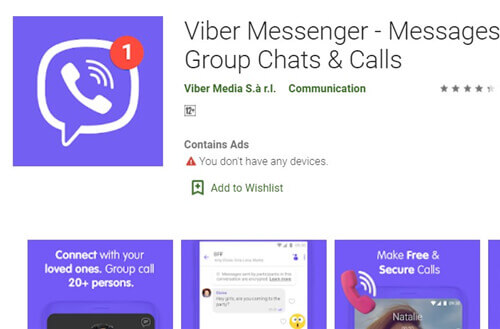 A lot of people prefer using Viber messenger to contact one another. Viber offers private texting, video and voice calling, stickers, and is encrypted end-to-end. Parents can't know which dangers kids may meet, so it is necessary for kids to stay away from this app.

Tip: Why should parents know about anonymous chat room apps?

How to protect kids from the dangers of secret messaging apps?

Understandably, with an increasing number of unsafe applications all over, it becomes evident that every parent would like to be sure about their children's activity on their smartphones. You can see him or her glued to their smartphone at night and almost all the time, and this increases your concern. If you are worried about the safety of your kids, then try FamiSafe.

FamiSafe is the most reliable parental control application to protect your kid from cyberbullying and all kinds of threats that can penetrate once they get hold of secret chat applications. Not just this, you can also use it for app blocking, location tracking, web filtering, screen time control, and more. FamiSafe is loaded with great features that will let you control your child's phone activity.

What FamiSafe can do for your kids?

1. Know your kids use secret chat apps by "Activity Report":

When you worry about what your children might be doing with their smartphones, FamiSafe allows you to monitor your children's activity on their smart devices. Know about the applications they use the most. Applications that they have installed and uninstalled recently. See how they are using their social media applications and block the apps which keep them awake all night and disturb their sleep. 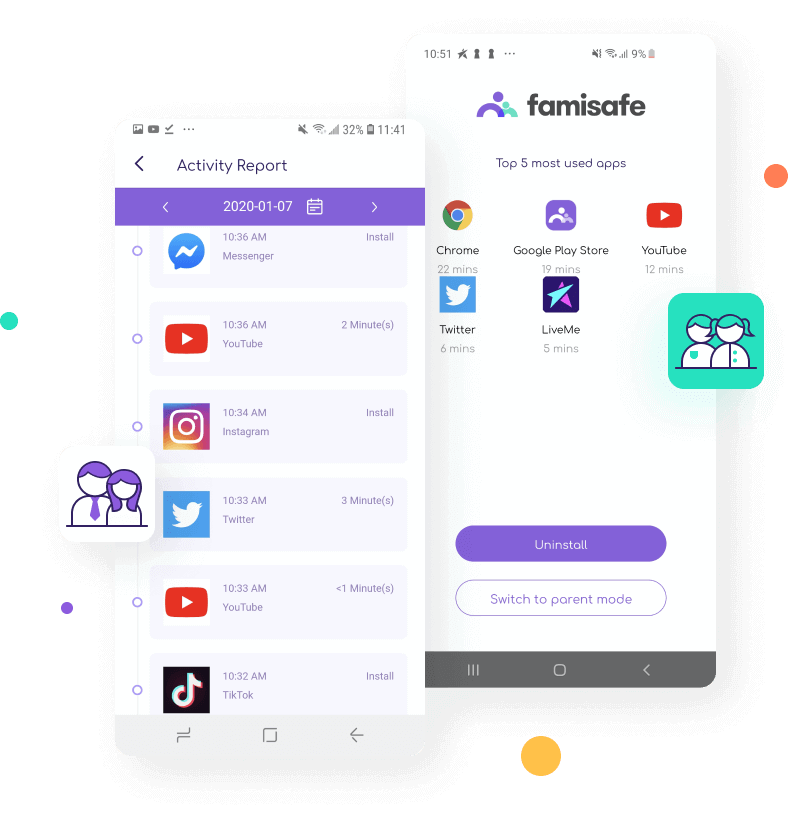 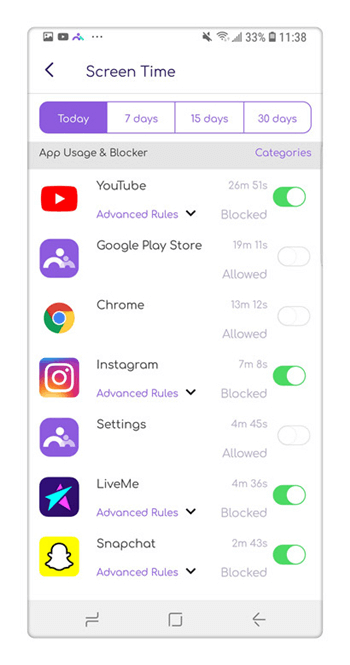 Through FamiSafe, you can detect all the explicit content sent and received on specific social media apps. This feature will notify you about offensive content, such as words exchanged through risky, secret applications. The best part about FamiSafe is that you can also add offensive words on your own to receive alerts and prevent your kids from online bullying.

FamiSafe also allows parents to see all the images on their smartphone on Android phone galleries and get instant alerts on iOS phone galleries. This will let you know what kind of photos are being downloaded. Now you can click and have a free trial

It is hard to keep an eye on your kids' activities on their smartphones 24 hours d day. You don't know who they are chatting with, what applications they are using, what are the photos and videos they are downloading on their smartphone, and more. It raises a great deal of concern in every parent's mind because every day, we get to hear someone getting bullied. This is the reason why applications like FamiSafe is here for you.

Now, use this app to see what your kid is doing with his or her smartphone and what kind of secret message apps they are using. Be proactive and decide which applications they should be using and which should be blocked. Arm yourself with applications like FamiSafe because your kid could be in danger. You never know who might have bad intentions and who could harm your kid. Installing a parental control app like FamiSafe will give you peace of mind.