Top 7 Safe Game for Kids: Those Apps you Should Try Right Now

Use FamiSafe to Protect Kid's Cyberlife

This made it necessary for parents to watch their kids' types of games, so we reviewed the best seven safe games for kids. These games are primarily educational - your kid learns while playing; these games don't expose your kid to illicit content. These, among several other reasons, are why you should try these apps. Grab a hot coffee as you go through the list.

Let's look at the top 7 game app you should try for your kids. These games enable you, child, to learn through trial and error, find the best solution to problems, and build skills and confidence. But, first, we'll take a quick peek at the games. 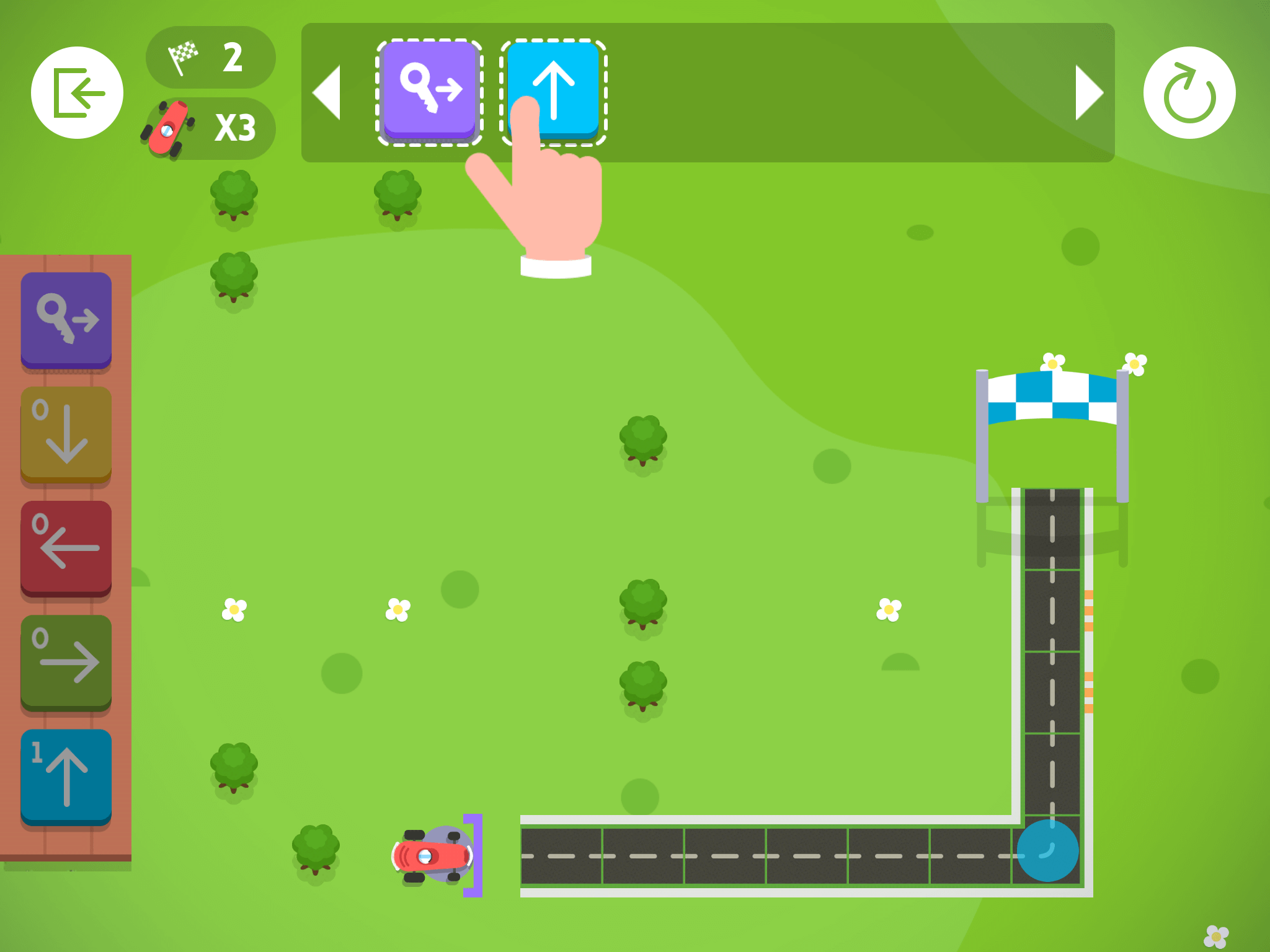 This puzzle game introduces kids to basic programming ideas and skills. Based on a racetrack, a player sets the path a car must pass to navigate around the track. Kids do this by organizing colored bricks with the same directional arrow on them as the race car should continue to code the way a vehicle will follow on the track. Kids can play the game in two modes; a single car mode with no limits or a two-car mode in which a kid will race against the app's car.

Code Karts is compatible with Android, iPhone, Ipad & iPod Touch. Kids aged four and above can easily play this game. Access to the first ten levels is complimentary while accessing the whole 70 levels requires an in-app purchase.

This game is a terrific choice for kids willing to dip their toes into the coding world. It gives kids an understanding of step-by-step patterns and how their input into a device will affect its output.

Developed in 2008 by Danny Yaroslavski, an undergraduate who has been coding since he was young, Lightbot is an educational game for learning Software programming. When playing this game, Children move a robot along a Q*-best style maze by dragging commands into place and lighting up selected tiles as they go in Lightbot.

Kids earn stars for beating specific requirements, and they can collect as many as 20 stars in 40 levels while implying programming concepts like conditionals, loops, and procedures.

Each level has instructions, and the level challenge ramps up fastly, which makes this game more suitable for older children and teens.

It is a high rate game played over 7 million times since its release. This game is available on Android, IOS, and as an online flash game.

Lightbot Code Hour teaches kids programming concepts in a fun way, but kids who have a soft spot for programming prefer this game.

Since it features no hints, it's easy to get stuck at some levels, but children get many chances to pass the levels. This helps them learn from their failures. 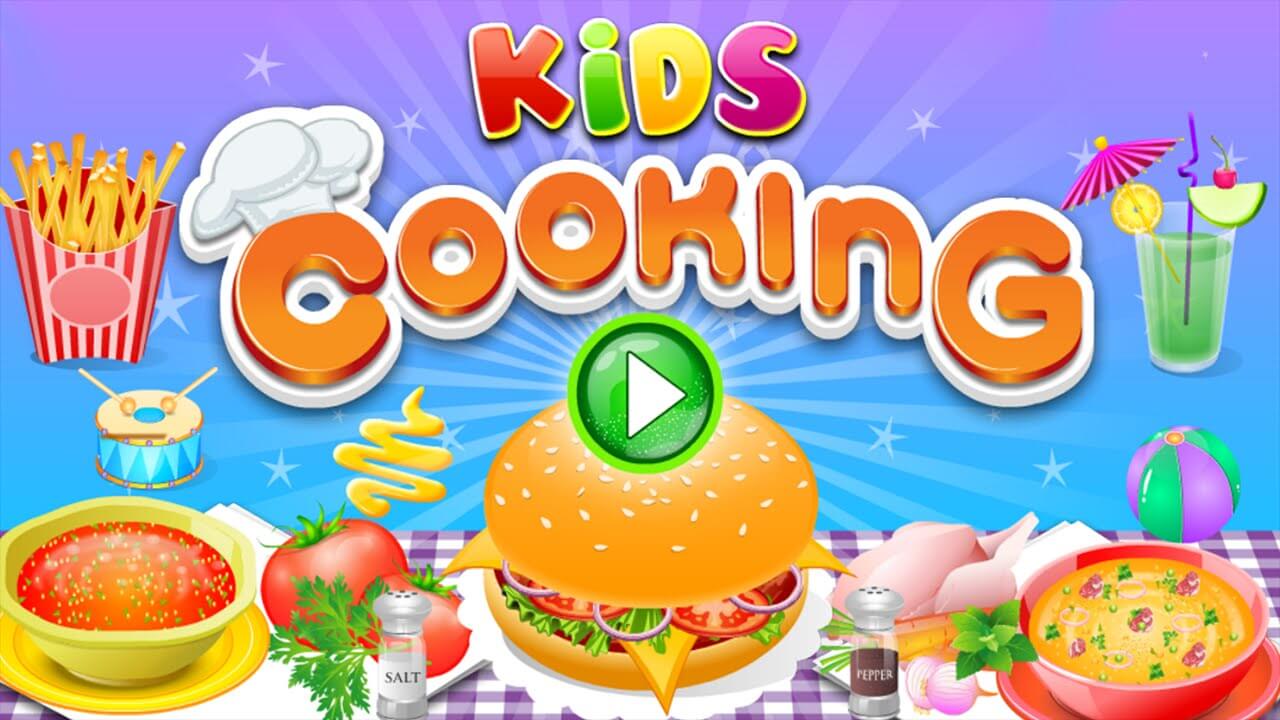 Cooking in the kitchen is a kid's game that teaches your child how to cook 24 different dishes. The easy game is a must-play for kids, especially girls, as it's one of the best food maker games online.

The game features a menu where your child will choose what to cook - appetizer, main meal, or dessert. Players touch, drag and pour dozens of food ingredients to make various dishes. This game is safe for kids of all ages through children above 5 will be able to play it better. Its controls are straightforward, and it's played offline.

The app is available on both Playstore and Appstore, and it's completely free.

Kids cooking shows kids what it takes to be a good cook; it also teaches them how to make various food and showcases cooking as fun. 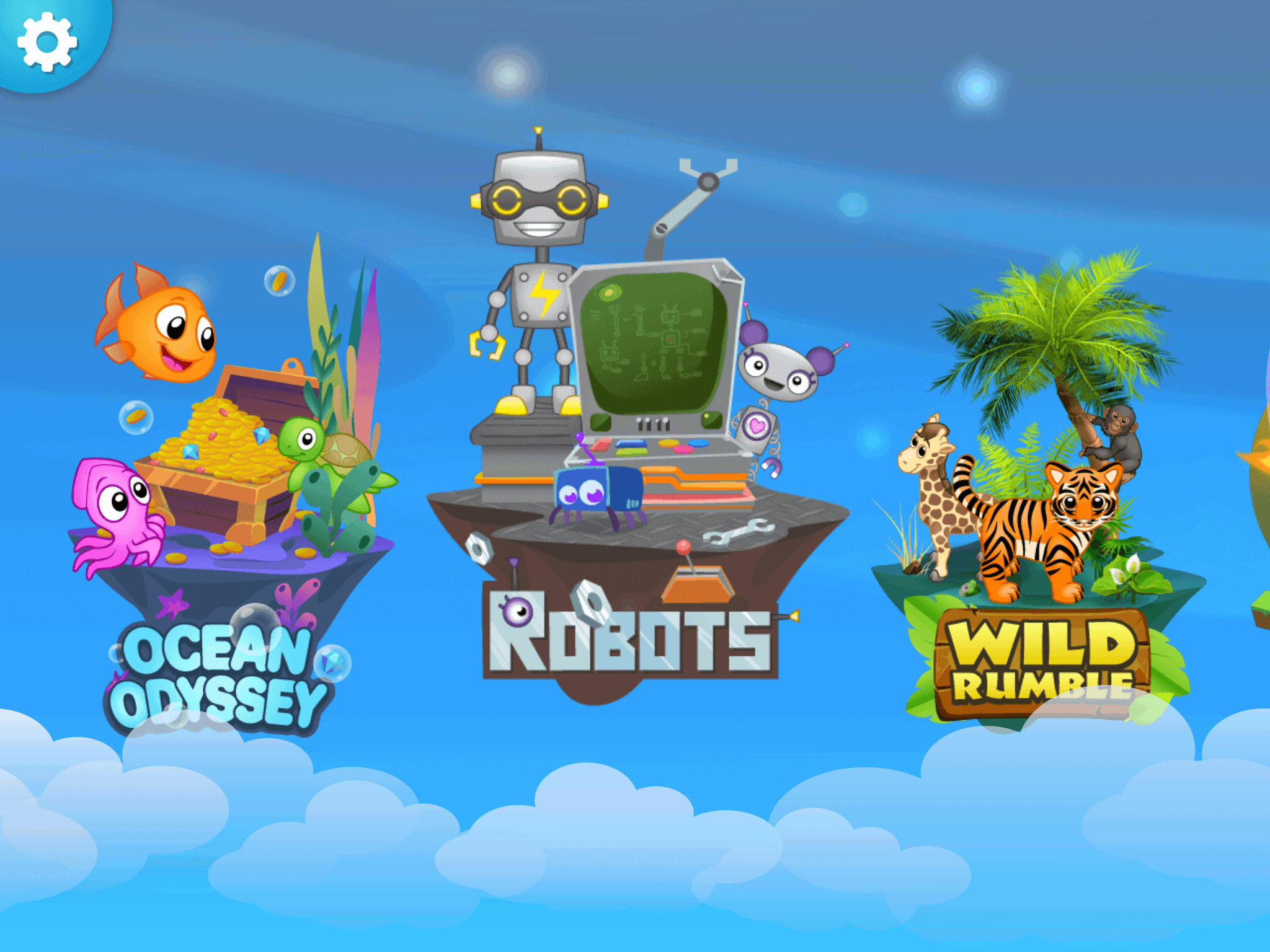 The app fits into the LEGO-like programming tools that allow children to bring together coding blocks to operational software programs. This encourages learning through exploration instead of the traditional method of memorizing programming formulas.

Players get to know programming concepts by attempting to solve mini programming puzzles. A typical puzzle will give a player some simple code blocks like walking, jumping, or repeating. When a player arranges the blocks correctly, a happy cartoon character strolls across the screen, hops over the obstacles, and reaches the reward on the other side. After each level, there's the feedback of rewarding players with stars for the correct answers or giving hints when the program cannot solve the allocated task.

Though the difficulty of the levels ramps up fast, the sequel of increasingly challenging puzzles keeps players motivated as they go through the levels.

The age range of players is from 9-to 11 years though younger kids can also complete some of the more manageable levels. The app is available on both iPhone, iPad, and Android.

The Tynker JR app is suitable for introducing kids to programming and procedural thinking. It also teaches kids how to break complex problems into simpler steps to solve them. 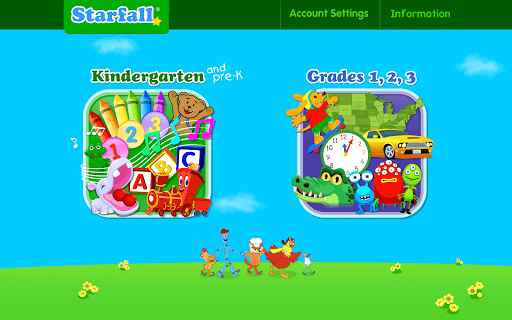 Star fall is an early learning app featuring educative games, songs, and other resources for learning maths. The app is available in four sections; the Alphabets section introduces ABC sounds via interactive games and videos. Learn to read section teaches familiar sounds through books, videos, and games. Its Fun to Read teaches students how to read in context, and then I'm reading section in which kids read short books. Kids can progress from one section to the other in whichever order they wish as they improve their reading skills.

The bulk of the app focuses on basic concepts for Kindergarten pupils, but there's a little touch of advanced concepts for older grades.

There's also a Parent-Teacher center that features printable worksheets, kindergarten curriculum, downloadable songs, and other resources that will help kids with academics.

A little part of Star fall is available free; there's a need to purchase to unlock all contents. Teachers can share sign-in info with pupils at home with group access. The Star Fall app is available on both Appstore and Google play store.

Star fall is one of the best apps for offering simple early-age literacy classes. In addition, students can engage in educational games on the app or watch games when reading activities aren't engaging. 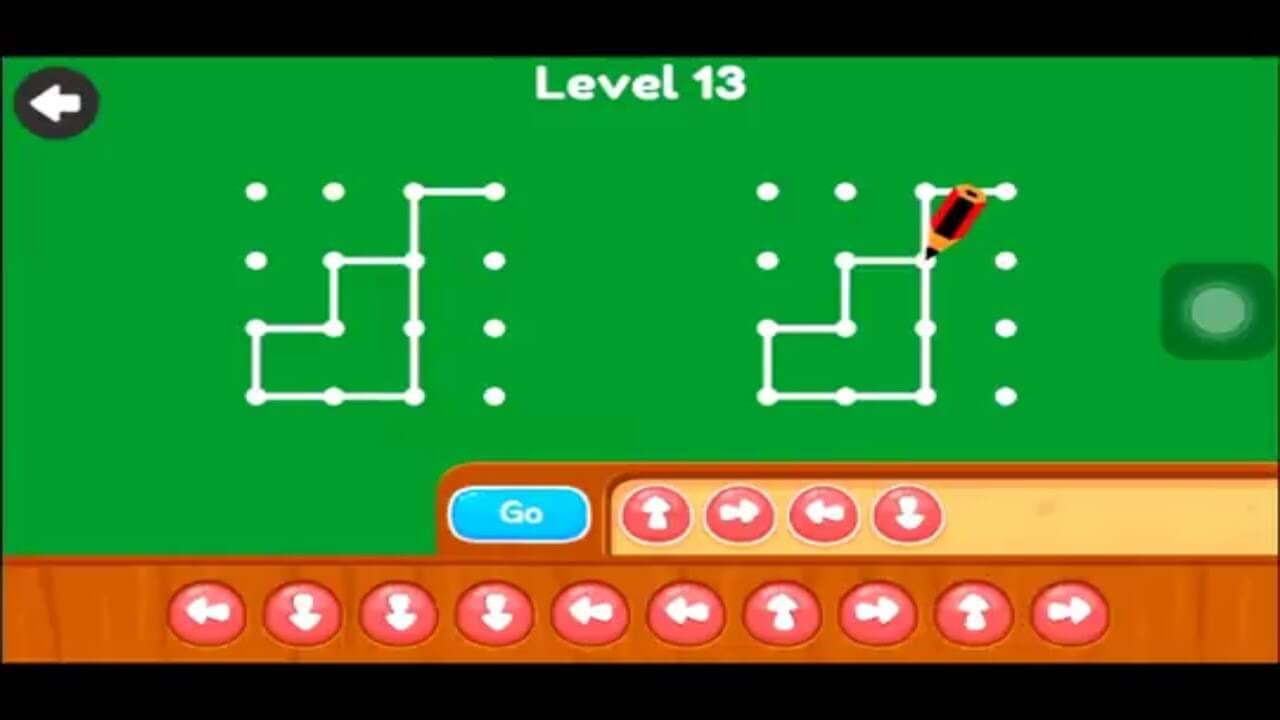 Kids aged 1-5 will find this game exciting and fun. It teaches the basics of programming and coding in 50+ interactive games like popping balloons or firefighting.

The app features an array of free games and motivates kids to solve problems, improving their logical thinking and increasing their memory interactively and funnily.

Having more than 200 coding games and over 1000 levels, this app boosts kids' problem-solving skills and increases memory and logical skills. This excellent app is available on both Google Play Store and App Store. 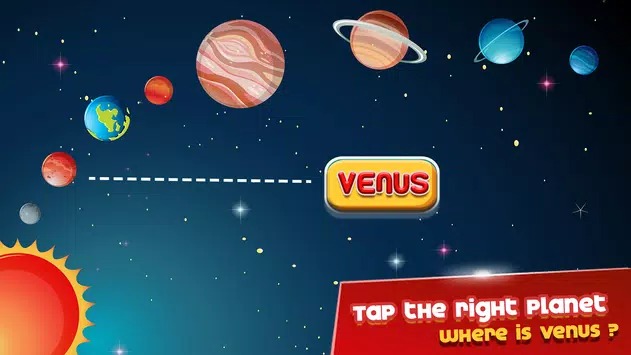 Kids play this unique puzzle game by placing character pieces on a rotating planet by matching habitats. Made for kids aged 6 and above, the puzzle is fun and challenging at the same time.

Higher levels involve sliding parts of the planet, and some levels have time limits. These made it difficult for younger kids though the app provides hints for new puzzles. You must complete a level before it unlocks the next one. Its first ten levels are free, while an in-app purchase is required to access all the 20 levels. Now and then, there's a gift that unlocks a creature or a group of creatures that you will play within further levels.

The Planet Puzzle game is available on iPhone, iPad, and Android. It teaches kids the habitat of different animals and how to solve problems quickly. 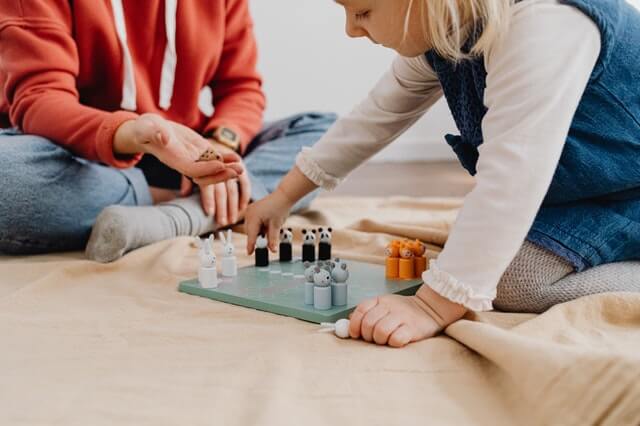 It's pretty impossible to ignore technology in the world we live in. It is undeniably an integral part of our lives, and kids want to be part of it by exploring games on their smartphones, PC, or pads. Parents are responsible for ensuring their kids play safe games that aren't exposing them to violent or adult content. Preventing your kids from using technology devices might not be the perfect option as it's an advanced world, and it's good to allow them to taste it. Rather than stopping them from playing games altogether, here are some ways for your kid to play safe games.

1. Don't throw iPad at kids and leave them alone

Don't just buy an iPad for your kid and allow them to use it the way they want. Instead, teach them how to use technology healthily and acquire skills and habits to enhance their lives. The internet is vast, and children can soon get lost in inappropriate sites. So ensure you frequently check their device. When you're too busy, connect your kids' devices to a parental control app that'll enable you to control their activities remotely.

Choose a Safe game for kids: Download and install safe games that will improve their logical reasoning and ability to solve problems and help them in their studies.

The above-reviewed games are some of the best safe games for kids. Most of them introduce kids to programming and coding, while some are for an early literacy lesson.

Allowing your kids to play bad games will expose them to violent activities, adult content, aggressive behaviors, and thoughts. It will also affect their school work and social activities and cause depression.

2. Guide Kids to Play Developmental Games before they Lose Interest

One of your roles as a parent in ensuring your kids play safe games is by guiding and encouraging them to play developmental games. Before your kids get too addicted to improper games, introduce them to educational and developmental games and guide them on how to play them. Introduce the games to them as entertainment, not as part of school work. You can also reward them whenever they pass challenging levels or download new games for them. All these will guide them and make them fall in love with games that will help them logically and academically.

Another crucial thing you can do as a parent is to ensure your kids are not accessing unwanted apps and websites. An excellent method to achieve this is by blocking the apps if your kids are too young to unblock or install apps or using Parental Control apps if your kids are big enough to download or unblock apps. It's also good to discuss the effects of exposure to illicit content with your children.

Educational games teach children knowledge of English, Maths, and Science interactively and funnily to keep them engaged. In addition, Parents can use some games to introduce children to early learning before they join Kindergarten.

In short, Playing safe games comes with many other advantages like broadening kids' imagination, promoting exercise, and enhancing logical reasoning,g and learning skills. However, parents should be careful so that their children don't become too addicted to these games. An excellent way parents can do this is by limiting their screen time.