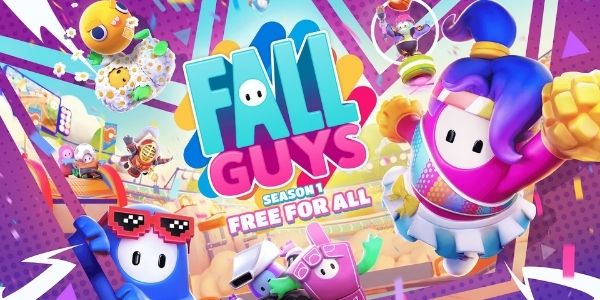 Where else can a bean and hot dog battle for number one? If you think this is nuts, check out Fall Guys, the popular online battle royale game. Since August 2020, the game has attracted tens of thousands of gamers to battle each other for number one out of an initial pool of sixty competitors.

Fall Guys is under publishing by Epic games and is available across all gaming platforms. In addition, the game attracts gamers of all age groups globally. Below is your complete parent's review of the game to help you determine if Fall Guys: Ultimate Knockout is safe for kids.

01 Part1: Yes, it is.
02 Part2: What is the best alternative to Fall Guys?
03 Part3: Why do you need to leave kids some time to play games?
04 Part4: How to control kids' screen time and block unwanted apps with FamiSafe?

Fall Guys: Ultimate Knockout is an online battle royale featuring cartoon characters racing across different levels to determine the ultimate champion. In addition, you participate in elimination races as you progress in each level, navigating random obstacle courses.

Below are the reasons from other parents' reviews that prove Fall Guys is safe for children:

Initially, the game was released as a purchase-only game title for Microsoft Windows and PlayStation 4. However, following the acquisition of Mediatonic by Epic games, Fall Guys is set to be free to play, with cross-platform support on the following additional platforms:

In addition, the initial version of Fall Guys features in-app purchases for costumes and emotes, which you could earn during gameplay or purchase with real currency. However, these do not affect your gameplay or give you an advantage. Furthermore, all game store items will convert to crown points after the new release scheduled for June 2022. Therefore, your finances are intact when your child plays Fall Guys since there is nothing to purchase.

Reason2: Great game content that is totally harmless and fun.

Understandably, the title may cause you a little panic. Fall Guys: Ultimate Knockout is not exactly child-friendly at first glance. However, the new owners of the game's rights, Epic Games, realize this, and the new title is Fall Guys. In addition, the term ultimate knockout does not refer to physically assaulting your opponents. Instead, it means reaching the finish line before your opponents in each elimination race.

The content is also very kid-friendly. Each character is brightly colored and cartoon-like, allowing for a tame and entertaining game scenario. For example, all characters resemble a jelly bean with tiny limbs and pill-like eyes. In addition, the costumes you select vary from a ballerina's tutu to a full hotdog. Therefore, the gameplay is no different from your child watching a cartoon video on YouTube Kids.

Reason3: Strictly Censored. No chatting or toxic names in the game.

A major concern for parents on online games is the exposure to inappropriate content and solicitation by cyber criminals. Fall Guys takes care of that too. The game is heavily censored and does not feature any violence, blood, or combat depictions. Instead, the characters only make blip sounds as they jump across the different obstacles on the race track.

Unlike other online battle royale games, Fall Guys does not allow in-game chatting. Instead, you can only interact with other players at the party lobby, where you challenge each other to a race. Therefore, your kid is safe when playing the game and only focuses on evading the obstacles. Furthermore, the game's security feature constantly monitors interactions between players, and any detection of inappropriate language results in suspending the offending account.

In addition, the game does not allow you to use toxic usernames for your profile. The developers in the recent update introduced an algorithm that detects such names and changes them to more generic terms. For example, if your username is '8OO8', read as 'boob,' it will automatically revert to 'fall guys.' The developers verified this in an August 2020 tweet, stating that the move was to prevent the use of offensive language in the game. 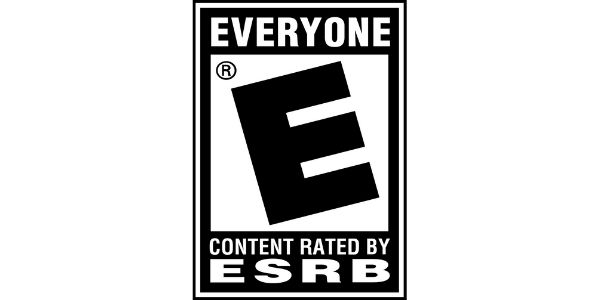 Did you know games also undergo censorship reviews before release? The Entertainment Software Ratings Board (ESRB) and Pan European Game Information (PEGI) are content rating organizations that determine the age-appropriateness of each game. For example, Fall Guys has an Everyone rating from ESRB, meaning it is safe for all age groups. 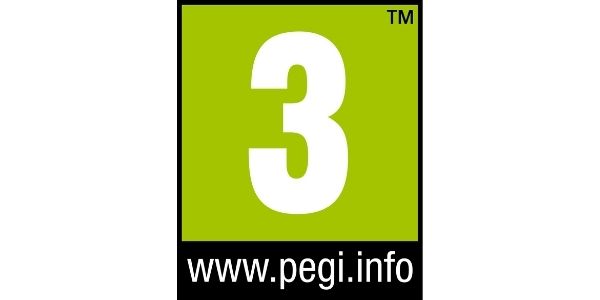 Similarly, it has a PEGI +3 rating, which signifies the game's content is suitable for all ages. Despite Fall Guys featuring in-game purchases, PEGI states that these are unnecessary for effective gameplay. Therefore, your child is safe when interacting with the game.

Part2: What is the best alternative to Fall Guys?

According to most parents' reviews, there are plenty of positives to your child playing Fall Guys. However, what alternatives can you offer them when they need a change? Here are some suggestions to consider: 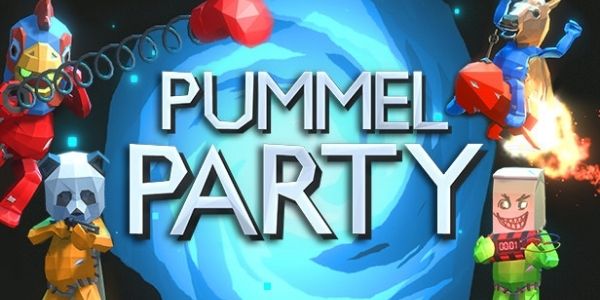 Pummel Party is a game by developer Rebuilt games released in 2018. This indie action game is available in single and multiplayer modes (up to eight players simultaneously), whether online or offline. The gameplay involves rolling dice and navigating the board. In addition, every defeat results in you collecting keys to use in your next battle.

In addition, there are plenty of minigames you can play that range from racing games and platform challenges. The game is available for PC, or you can directly play it on Steam for $14.99.

Unfortunately, Pummel Party is not suitable for children under fifteen. This is because gameplay involves blood, and the in-game chatting can get a bit graphic. Therefore, only play this game within the family to ensure you can monitor the situation. 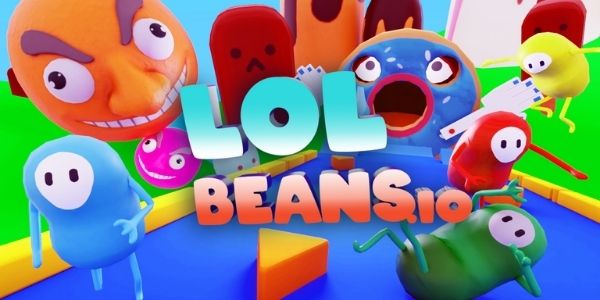 LOLBeans follows a similar premise as Fall Guys. This is because you take on a character and compete against others in a series of obstacle courses. However, races in LOLBeans involve a time clock, and you need to complete the race before time runs out or risk elimination. In addition, each race involves thirty players instead of sixty.

So, is the game safe for your kids? Absolutely. The characters are cartoon-like, and the sound effects are hilarious, as are the collisions with obstacles. In addition, you do not have to register to play the game. As such, your details are secure. Furthermore, the game is free to play, meaning you do not have to worry about in-app purchases. 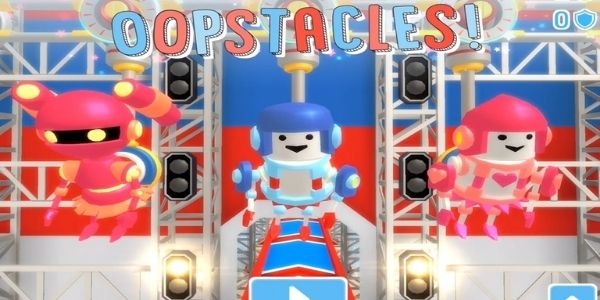 Oopstacles is a ragdoll obstacle racer available on Android and Apple devices. It involves participating in different race adventures against online opponents as you play. In addition, the game's ever-changing scenarios make it hard for you to master it truly. As such, you can expect to have fun with every log-in.

The game has an Everyone rating from ESRB because of the wacky character designs and hilarious gameplay. However, there are in-app purchases ranging from $0.99 to $29.99. Therefore, you need to monitor your child when they play the game.

Part3: Why do you need to leave kids some time to play games?

According to psychology experts, allowing your child to play games is beneficial to their overall development. Some of the benefits they highlight include:

They improve their problem-solving skills.

Role-playing games involve using a specific strategy to progress. However, the solution is not available from the get-go. Therefore, as your child tries different approaches, they become more adept at problem-solving.

They provide an alternative method of learning.

Is your child failing at history? Allowing them to play Age of Empires can be a great way to boost their interest. The game is an accurate depiction of ancient history. In addition, your child gets to advance from the stone age to the modern age each time they complete a level.

They improve your child's social skills.

Despite the common belief that smartphones lead to social isolation, there are plenty of co-op games available on smartphones that they can indulge in with their friends. Similarly, you can arrange for playdates during weekends, where they can meet up with others for multiplayer sessions.

It is not always that your child will win the game. However, switching between wins and losses is essential to developing emotional control. You can facilitate this by encouraging them to keep playing and finding creative solutions to be successful. As such, they can apply the same skills in the future when they face difficult situations.

Part4: How to control kids' screen time and block unwanted apps with FamiSafe?

There are many benefits to allowing your children to play games. However, you need to offer them in moderation to avoid some of the detrimental effects of overexposure. For example, excess screen time can lead to poor social skills and neglect of important issues. Similarly, they can be vulnerable to online threats such as data breaches and extortion. Therefore, you need apps such as FamiSafe to monitor your kids' gaming activities. 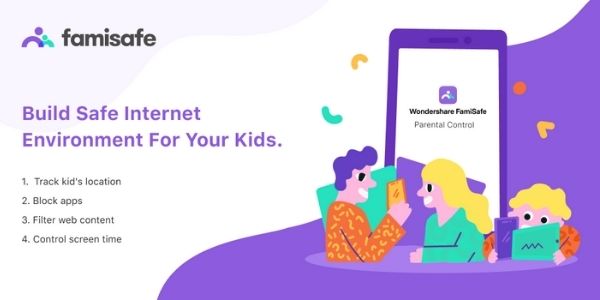 Famisafe is a parental control app that helps you manage your kids' screen time and prevents them from accessing unwanted apps. It is available across all mobile platforms, desktop, and Amazon devices. In addition, the app is free to try with one device, but you will need a subscription to enable multi-device monitoring.