What is Sexting Apps?

Even in the world where online dating is the norm, sexting still comes with a lot of factors to consider—consent and privacy, for example. This makes anonymous sexting apps popular and more immediate alternatives.

Sexting is the act of sending sexually explicit photos, messages, or videos to one person or more.

Today's teens are always connected. They live out their lives online and in the public eye. But sometimes teens don't make wise choices about what they are sharing. Sending sexually-explicit content is a typical way of interacting with their peers.

How Common is Sexting among Teenagers?

What are the statistics of teen sexting?

And even more, here are more stats from Drexel University published by the Journal of Sexuality Research and Social Policy:

After looking at the above stats, you might wonder if your kid sext. The real question, however, is which anonymous sexting app you kid might be using?

There are countless sexting apps for teenagers out there, so where do you start? Where do you focus your attention?

Fem is a new free iOS video dating app for lesbians and bi-curious people. In the app, teens can meet new friends, meet singles, But also they may meet dangerous sex chat in the chat room and even more.

CyberDust is an app that nearly looks like Snapchat. This Android app deletes any text people share after some time. Besides, it disables screenshots in most places on the app. Parents can hardly notice the dangers teens may meet.

This is an app that takes messaging further by allowing users to un-send text and photos, and give the sender the power to control whether or not the recipient can copy and save the shared content. Parents should worry about the harassment teens may receive.

Kik is an app that lets users send texts, pictures, and videos for free and without limits. But it presents a lot of other mini-apps that enable the user to do everything—from exchanging virtual greeting cards to chatting with strangers.

It requires no real name, so teens' personal information may leak. Parents should notice this app and keep their kids safe.

Snapchat is immensely popular on iOS and Android. It is secure. But the app has brought a new feature that allows the recipient to pay for a replay of the previous photo and screenshot taking. Teens may meet strangers and suffer constant harassment.

The original aim of the app was to privatize and secure a message. The app is notoriously popular among teens due to its screenshot-proof feature. Parents need to notice the problem and prevent teens from sexting.

So, what else should parents know? They can check the guide to identify sexting and understand more about teen sexting. Know why teens do sext, the dangers of sexting, and how to talk about sexting.

Tips: What do parents do when their daughter or son is sexting?

How to do to Know Your Child is Using these Apps Secretly?

If you think "My teen would never sext," it is more likely you're mistaken. And if you feel the only teens who sext are the one that engages in high-risk behavior like drinking, abusing drugs, or skip classes, it is also likely you're wrong.

1. Three Typical Ways to Tell if Your Kid is Sexting:

But is there a way to remove the guesswork out when you want to know if your kid is sexting? A parental control tool can be a smarter way to create certainty. Let's introduce one of the world's best.

2. Monitor children's app activity and screen time to know whether your teen is sexting:

Some of the above methods of determining if your kid is sexting can give you a misleading sign. And a wrong sign can compromise your relationship with your kids.

Check the activity report to know whether your kids install the sexting app and also block unwanted sexting app. 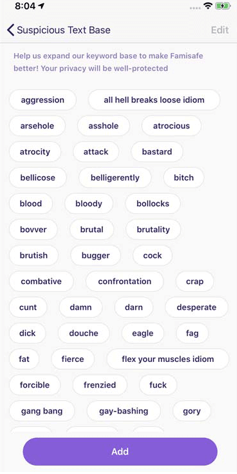 Besides, it comes with Screen time and a Smart schedule plan that allows you to plan reasonably daily screen time at every place.

Explore the daily app activity of your teen to avoid obsessive usage.

Monitor every app and Block any that you found inappropriate for your kid. This is an efficient anti-addiction feature that lets you set a time limit on any app that your child might be addicted to so you can block it for some time.

Parents can also know whether kids are online sexting and block inappropriate sexting website, then block other dangerous sexting sites by categories for kids 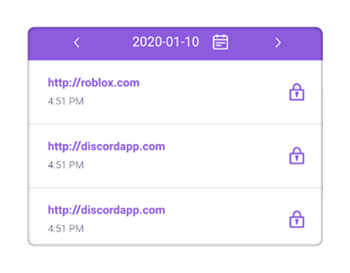 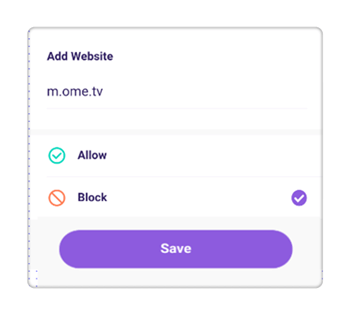 Luckily enough, there is a smarter way to monitor every activity on your teen's phone. You can use parental control. And choosing one of the industry's best tools might save you all the hassle. And FamiSafe is one of the best.

Today there are tons of social media apps the let teens do it all—text, share pictures, and video chat—often fly under parent's radar. There are tons of anonymous sexting apps.

As a parent, it is your responsibility to ensure that the information your kid shares don't lead to problems. You'd need a parental control tool to monitor your kid's activity online.

WhatsApp sexting: what should parents know?

what is WhatsApp sexting

Kik Sexting Problem for Parents: More Than a Messaging App

What should parents do for teen sexting?