Gacha Life 2 is the next installment under the Gacha life series from Lunime. However, the game now goes by the name Gacha Club, and it is a combination of all your favorite aspects of the Gacha series. The game has been available on Android, iOS, macOS, and Windows devices since June 2020. 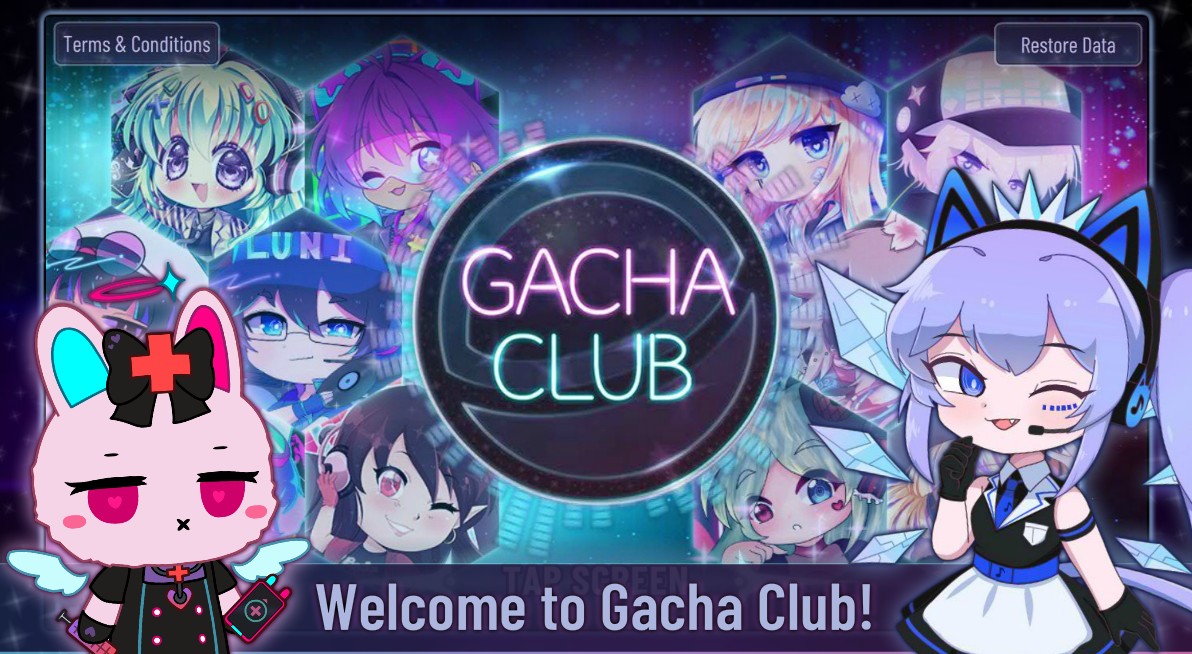 Below is a complete review of the new installment and what you should expect during gameplay. In addition, you will find answers to your questions concerning player safety and tips to make your game time safer.

Here is an overview of the new title's gameplay.

Gacha Life 2 still maintains its premise of an anime-like role-playing game. You start by personalizing your avatar using the in-game customizations available. However, you can now have more customization options than the initial title. For example, you can alter your avatar's skin color, hairstyle, lips, and even eye color.

In addition, the customizations now feature a more refreshing look, and adding them is much simpler. All you need to do is pick the ones you need, and you can continue creating your story. Alternatively, you can also select from the many pre-designed characters to start immediate gameplay.

Once you finish creating your avatar, you can choose specific environments to start your storyline. Moreover, you are now in control of your character's dialogue and phrases when interacting with other in-game characters.

As you can see, the game remains loyal to its initial premise but adds a little extra to make things interesting. The next section explores the new features present in Gacha Club.

Part2: What's the difference with Gacha 1?

Lunime keeps true to its promise that Gacha Life 2 will be better than its prequel. Click here to see Gacha Life 1 Game Review. Here are the new features the developer has in their new release:

No. 1• More Characters to Work With. 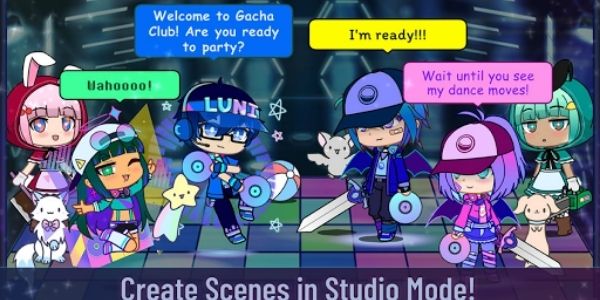 Studio Mode is where you develop storylines for your avatar. Gacha Life 2 allows you to use up to ten characters in your storyline, two more than the eight from Gacha Life 1. As such, you can create more engaging stories with the extra characters, further widening your creativity.

In addition, Gacha Life 2 now offers you additional slots to bring your total number of characters to fifty. As such, you can vary and extend your storyline by bringing in new characters for every scene.

Gacha Life 2 now comes with hand gestures, which is a welcome addition to making your character more realistic. For example, your character can wave when greeting the game's non-player characters.

Similarly, you can add different facial expressions and reactions to your avatar. For example, you can make them jump for joy when they receive good news. These new features result in more interactive gameplay than in the prequel.

Initially, pets were inanimate objects and appeared in your storyline as extras. However, Gacha Life 2 allows you to talk to them and change their color to your liking. This new feature gives you more creative freedom for your storyline leading to more immersive Gacha life 2 gameplay. 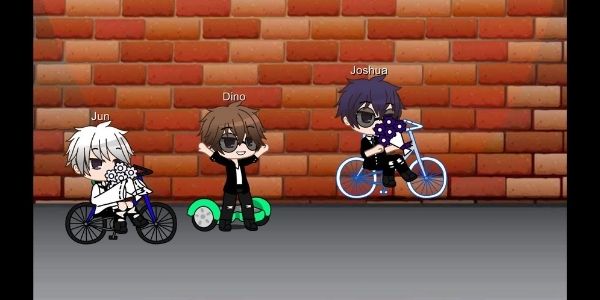 Another new feature to look out for when playing Gacha Life 2 is Mounts. Depending on how you want your storyline to develop, you can now make your character drive a car, ride a horse, or a bicycle. The feature makes the game more appealing to enthusiasts as it enables them to live out their fantasies. 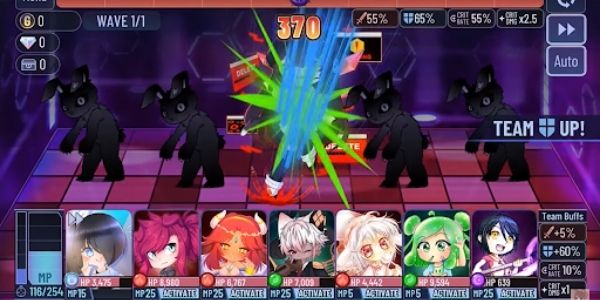 Battle Mode is a new mini-game in Gacha Life 2 where you attack monsters and earn points with each victory. You can then use these points to level up your characters. In addition, battle mode occurs in five chapters, each with four battle categories. Discussing them here will ruin the surprise, so why not check them out when playing the game.

Finally, Lunime introduces brand new customizations in Gacha Life to complement the new release. In addition, you can also customize alternate outfits for your avatars. For example, you can adjust the length of your avatar's glove to represent a specific style.

As you can see, Gacha Life 2 presents you with a totally new gaming experience with the extra features. Furthermore, you can now experience them across more platforms than in the initial release. The game is available across all mobile platforms and Windows devices. You can also play the game on macOS using an android emulator such as Nox or Bluestacks.

Following numerous complaints, Lunime only allows interaction with the game's non-playable characters. However, there is a new community on video-sharing channels such as YouTube and Tik Tok called Gacha Heat. Unfortunately, the community features inappropriate videos from Gacha Life players. For example, you will find skits of characters indulging in explicit behavior and interacting with offensive language.

The game is not suitable for kids since it can be a gateway for them to access external communities and risk exposure to inappropriate content.

Following numerous complaints, Lunime only allows interaction with the game's non-playable characters. However, there is a new community on video-sharing channels such as YouTube and Tik Tok called Gacha Heat. Unfortunately, the community features inappropriate videos from Gacha Life players. For example, you will find skits of characters indulging in explicit behavior and interacting with offensive language.

The game is not suitable for kids since it can be a gateway for them to access external communities and risk exposure to inappropriate content.

Another reason why Gacha Life 2 is bad for kids is the presence of in-app purchases. Although the practice is legal in the gaming industry, kids can easily overspend on in-game merchandise to extend their gameplay. Therefore, you should ensure they do not have access to any of the payment services available by Google or Apple when they play the game.

Gacha Life 2 is a role-playing game that allows you to express your creativity. In addition, the new features make the game more interactive, resulting in you playing longer. However, engaging in the game for extended periods can lead to mental problems such as addiction and social isolation. Therefore, you should allocate specific times for when you can allow your child to play the game. Better yet, you can ban them from playing as a preventive measure.

It May Cause Kids to Lose Touch with Reality

Gacha Life games occur in a fantasy anime world, and most parents worry their children may lose touch with reality. This is because they are free to live out their fantasies by creating custom avatars and fictional storylines.

Excessive gameplay can cause them to approach real-life issues with the same mentality, causing them to behave irrationally. As such, many parents consider the game unsafe for their kids.

Part4: How to Monitor Kids' Phones?

Following the above concerns on allowing your child to play Gacha Life 2, here are the ways you can monitor them: 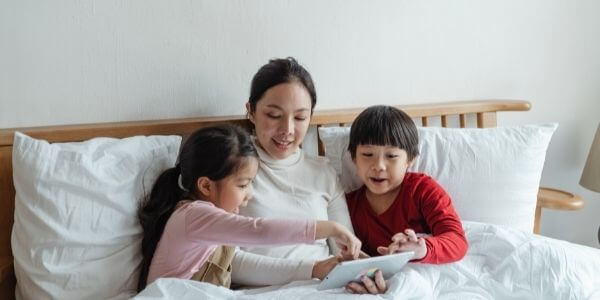 Most devices come with proprietary parental controls to ensure safe usage. For example, Android devices allow you to create guest profiles where you can restrict your child's access when using the device. However, these only block apps and do nothing for screen time.

Therefore, you need a more full-proof solution to ensure total protection. Apps such as Famisafe come with App Block and Smart Time schedules to help you monitor your kid's device usage. In addition, it includes explicit content detection to ensure wholesome protection for your little ones.

Another way to monitor your kids is by scheduling when they can use their devices. For example, you can decide to allocate an hour daily for them to play games on their device and extend the period during weekends.

Alternatively, you can offer them game time on their device as a reward for achieving specific tasks. However, you need to practice this with caution as they may view it as a bribe instead of a reward.

An effective way of monitoring your child's online gaming habits is to have honest conversations with them. Create a comfortable space where they can freely ask questions, and you give clear and honest answers. As such, they will be more trusting to report any instance of them encountering inappropriate content.

Similarly, you can also show genuine interest in their gaming activity. This nurtures a strong bond with them and shows that you have their best interests at heart. As a result, they will exercise more caution when online gaming.

Yes. Gacha Life 2 is free to download from Google Play, Apple App Store, and Windows Store. However, it does contain in-app purchases and features advertisements from third-party sites.

• What is the Difference between Gacha Life 2 and Gacha Club?

According to Lunime, Gacha Club is the new name of Gacha Life 2. The name-change results from Lunime's desire to offer a new gaming experience where they combine all the desirable aspects of the series under one title.

There is no official communication from Lunime on whether a Gacha Life 3 is scheduled for release. Therefore, any reports indicating the same a false, and you should only consider official reports from the developer.