Games can provide a feeling of escape for young people from the realities of life, and the social aspects of some games can make teenagers feel like they are part of a community. Playing online video games can improve multitasking and decision-making skills, and be entertaining. 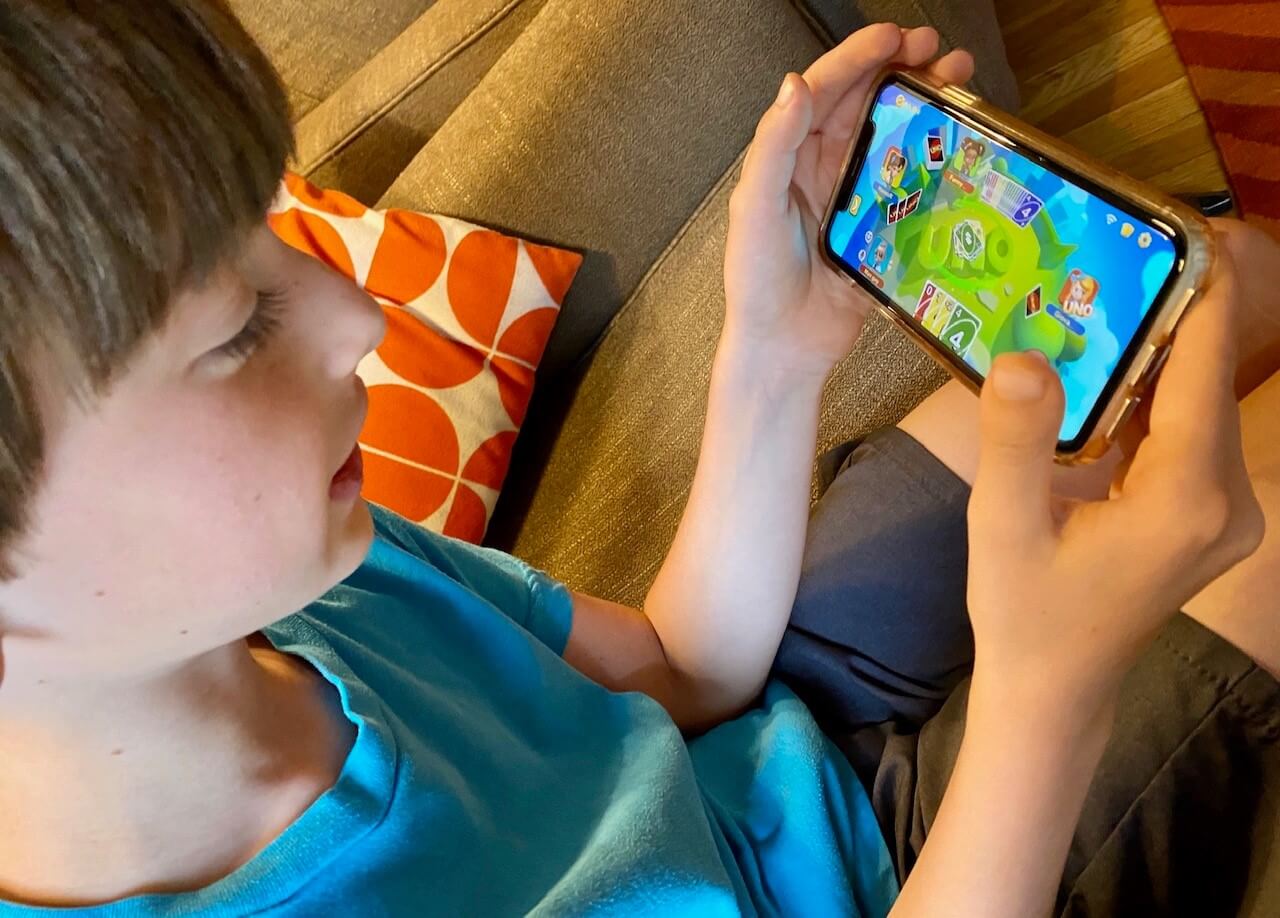 However, online games can also cause bad grades, obesity, depression, addictive behavior, and increased aggressive or violent behavior. Parents should take the time to learn about the games their children are playing and the safety settings and features of the devices on which they are playing games. In this article, we will tell you about the top 5 most popular teen titans go games and why parents should monitor their kids when they are playing these games, so keep reading:

Teen Titans GO Figure! is a role-playing action game (RPG) that can be purchased for iOS and Android devices. You can buy it for $3.99. This teen titans game is based on the Teen Titans GO! animated series, which features a cast of DC Comics superheroes and villains. It's also a direct sequel to the hit Teeny Titans mobile game from Cartoon Network. Players gather tiny figures of DC characters and form teams to fight other DC characters. The characters have various skills, ranging from basic combat weapons to superpowers to bizarre off-the-wall humor. However, the game's violence is muted due to the cartoonish aesthetics and absence of blood. 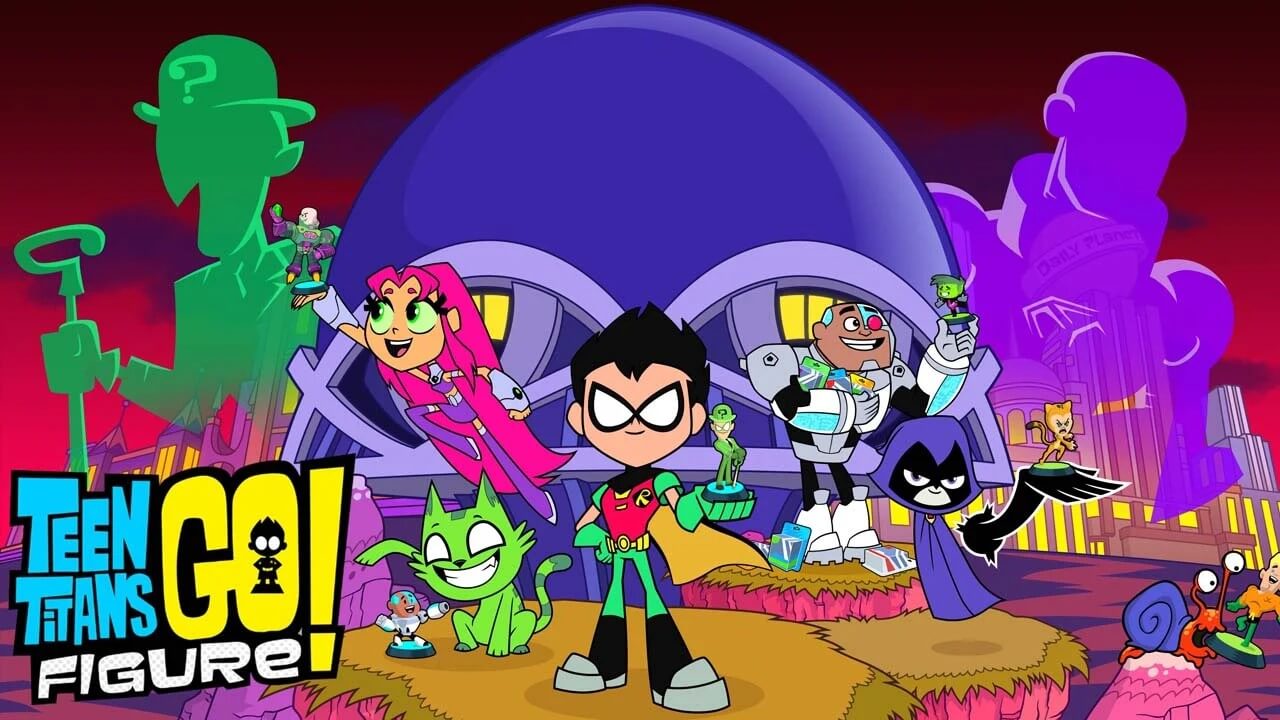 Each character has a meter that can hold up to three powers at any given time. As the meter fills up, you can use the initial skill when it's ready or waiting and activate a more powerful ability farther down the bar. Because your AI opponent is doing the same thing, each decision has a risk/reward component that is a lot of fun, and the creators did a great job coming up with diverse abilities that alter the meters in different ways. Even though the main gameplay is rather straightforward, certain bouts are just too easy or too difficult, depending on the level of your figures. The game is substantial enough to make you think about challenging conflicts.

These teen titans go game have micropayments that allow users to buy uncommon characters and other goodies; they can also be earned in-game. Expect some raunchy humor, such as characters who lose matches saying, "oh, dookie."

Cartoon Network Arcade is a collection of mini-games accessible for iOS and Android smartphones as a free download. Each of the games is based on one or more of Cartoon Network's animated series, including Teen Titans GO!, Adventure Time, Steven Universe, and Ben 10. The games include various genres, including action, strategy, and puzzles. There is some little cartoon violence in a handful of the games, but nothing explicit. The game's collectible feature allows children to acquire distinctive virtual figurines through promotions, gaming, and simply by watching Cartoon Network and scanning their favorite episodes with the app. 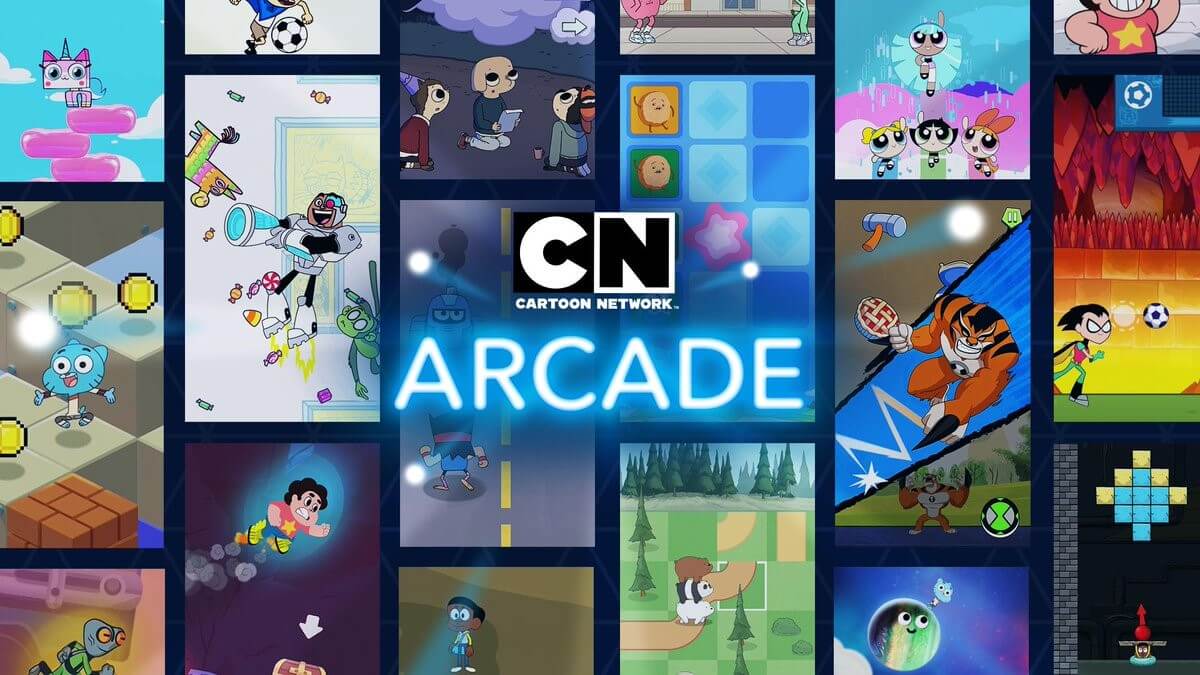 Kids are given a choice to view adverts at various intervals throughout the game in exchange for in-game advantages such as score multipliers or extra time. While this is a common feature in many mobile games, particularly free-to-play games, the fact that it is targeted expressly at children might feel overbearing. If there's one criticism of this teen titans game, it's the big commercial push it makes on children.

Jump Jousts is a teen titan fighting game in which Teen Titans compete for the title of "Jumpiest Jumping Jouster of All Time." The winner receives bragging rights, status, and fame, but they also receive a lifetime supply of any food of their choice. The bright colors of this teen titans fighting game appeal to people of all ages, but the level of difficulty is best suited to older children and adults. In two-player mode, you may compete against a friend. 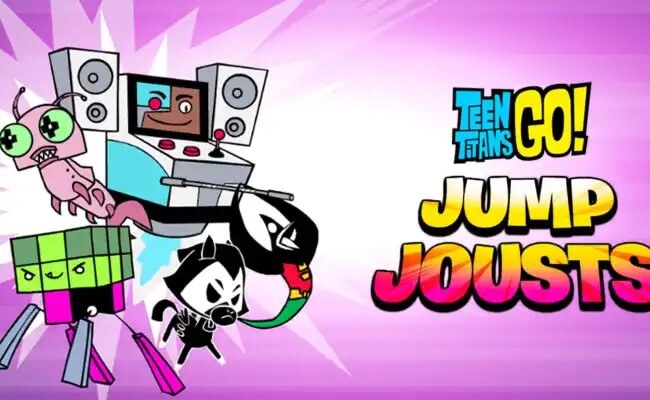 Except for Cyborg, all young heroes have been kidnapped in the Rescue of Titans game. Brother Blood has struck once more, this time targeting the Titans. Now Cyborg is responsible for rescuing his colleagues while also defeating the evil once and for all. He initially went to Robin to assist him with the shooting. 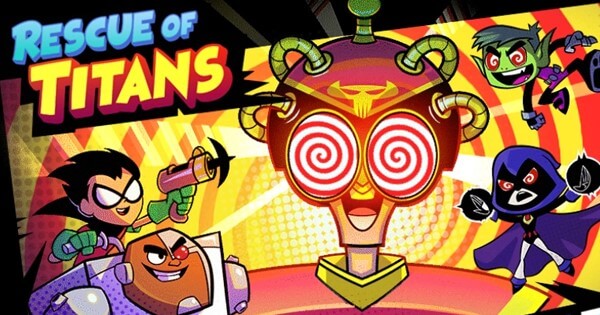 By shooting adversaries and avoiding deadly dangers, you will help Cyborg and Robin reach their other Titans in this teen titans go game. It'll be a difficult job, but you'll be able to do it with a strong flyer and a sniper! You must avoid the iron constructions, which might hurt your heroes.

You can pick one of three bonuses before moving on to the next level. You must also battle the brainwashed Raven, Bistboy, and Starfire, who will rejoin the group after winning. After that, you can switch characters during the teen titans fighting game. Eventually, you'll have to wait for the major opponent to appear.

The most heinous villains have swarmed Jump City to attend the Crime Convention; the team needs your support more than ever. Your task is completing 12 different stages, each of which shows you a different metropolitan scene in Jump City. Each level is a new challenge, as you'll run against some of your old foes, like Mother Mae Eye and her pumpkins and members of the HIVE Five. Some of them may even flee and form a squad to challenge you in the ultimate showdown! 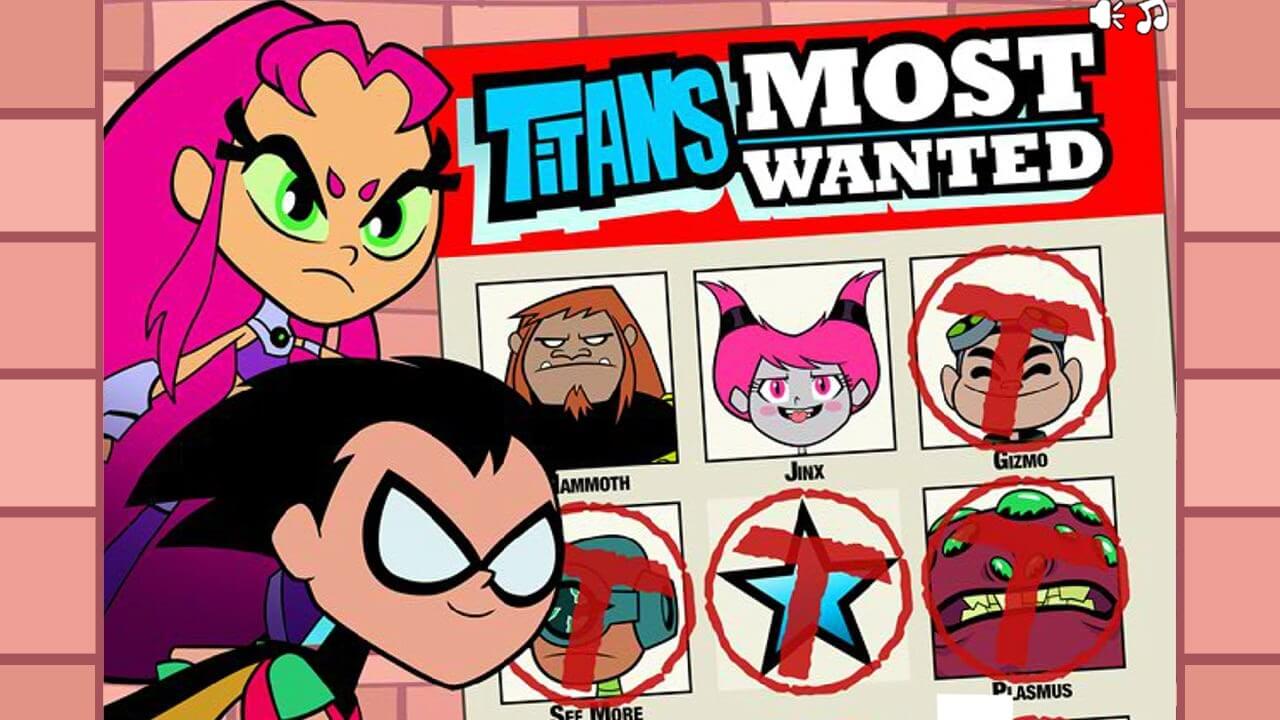 This teen titans game works by controlling each character during your turn and then waiting for the enemy's reply. You can move each character to get closer to the enemies or shield them from subsequent attacks. Some board positions might even provide you with benefits, such as high ground, which boosts your offensive and defensive power by 50%. When you're satisfied with a character's location, you can utilize one of their unique abilities to do damage to the bad guys. When you've finished with one character, use the 'end turn' option in the top left corner to go on to the next.

Part 3: Is it Okay to monitor your Kids?

There are various reasons why parents may be uneasy about monitoring their children's internet activities. No parent wants to cross the line and appear to be the bad guy, but the current technological world doesn't give us much choice. As a result, we believe it is acceptable for parents to supervise their children's gaming activities. Gaming is a creative outlet that allows children to manage their own worlds, and checking in, or "spying" might suffocate a child's autonomy.

Parenting is a 24-hour adventure with little downtime; when kids are engrossed in a new game or app, screen time may often equate to "me time" for parents. 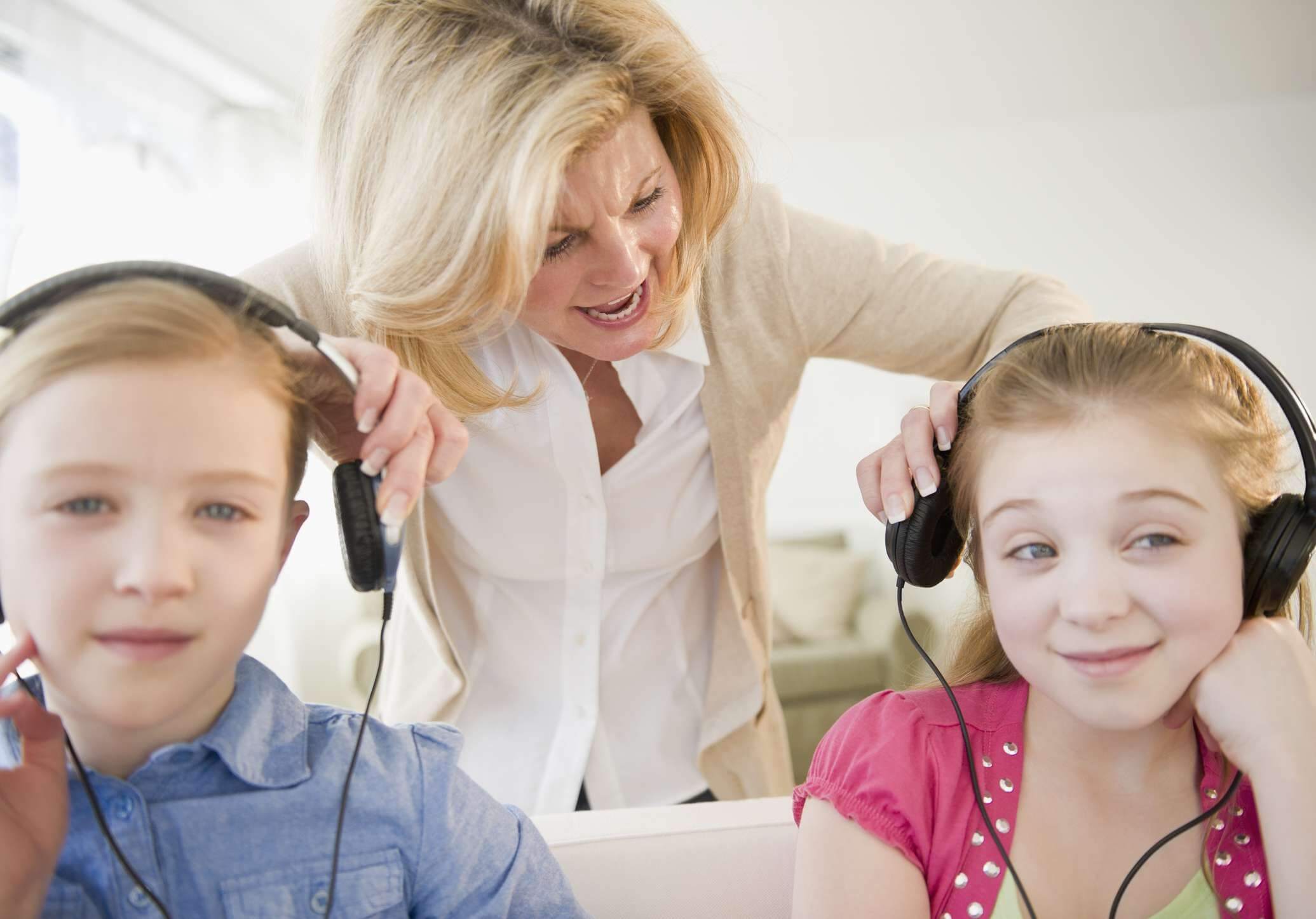 Unfortunately, whether we like it or not, there are plenty of reasons to keep an eye on your children's activities. Roblox is a popular online game with millions of monthly users. There are millions of worlds to explore because it is a user-generated platform. Some are innocent and suitable for all ages. However, games have also been accused of containing violent or inappropriate material. Another source of frustration for parents is games with a social component (such as the ability to chat, leave comments, or interact live with other gamers). Allowing your children to use social media expose them to several risks, including cyberbullying, harassment, and explicit content. Another teen titans fighting game called Teen Titans Go Figure uses explicit language, and Cartoon Network Arcade has adverts that can be overbearing for kids. Therefore, parents need to monitor their kids while playing such games.

Part 4: How to monitor Kid's activity with Parental Control App?

Kids nowadays have easy access to hundreds of television stations and millions of websites where they can buy or download a variety of video games. There's a lot of material out there, and depending on your child's age and maturity level, some of it might not be appropriate for them. It can be tough to wean a teenager off a game or app that has captured their interest, but if you want to impose healthy restrictions and monitor your kid's online activities, you can use a parental control app like Wondershare FamiSafe.

We highly recommend FamiSafe because it allows you to filter websites, set healthy habits, limit screen time, and view activity reports. This parental control app can monitor email, texts, chat, YouTube, and more than a dozen other social media sites for concerns that parents should be aware of. Most of the time, parents are unaware that there is a problem until FamiSafe alerts them. This app can easily detect sexting, cyberbullying, depression, suicidal behaviors, threats of violence, and other behaviors.