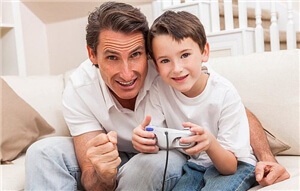 It is a great way to do things you enjoy, and playing video games is one of them. Some studies have shown playing certain video games can improve hand-eye coordination, problem-solving skills, and the mind's ability to process information. This is undoubtedly an enjoyable hobby, but at what point of playing video games is considered an addiction? Dive in to find more.

Here is a guide you may also be interested in: Top 10 Educational Video Games

What is Video Game Addiction?

Gaming has been in cyberspace for a long time. Some studies still show harm associated with too much gaming. This has raised a debate as to whether problem playing should be considered an addiction. The World Health Organization listed gaming addiction as a “disorder” in its International Classification of Diseases (ICD-11).

The organization defines gaming disorder as:

“a pattern of persistent or recurrent gaming behaviour, which may be online or offline, manifested by impaired control over gaming, increasing priority given to gaming to the extent that gaming takes precedence over other life interests and daily activities and continuation or escalation of gaming despite the occurrence of negative consequences.” The majority of people playing video games do not have an addiction. WHO estimates the number of people struggling with gaming disorder is 3-4%.

The only difference between a healthy fun gaming hobby and addiction is the negative impact the activity is having on someone's life. An addict will have a level of severity resulting in “significant impairment in personal, family, social, educational, occupational or other important areas of functioning.” The pattern of gaming behaviour is “normally evident for at least 12 months for a diagnosis to be assigned, although the required duration may be shortened if all diagnostic requirements are met and symptoms are severe.” 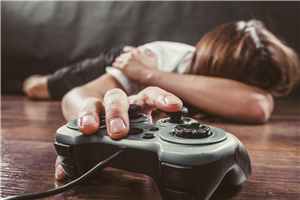 Game developers design video games to get players hooked. These games design provide immersive experiences by releasing dopamine, a chemical in the brain which gives pleasure. Overexposure to video game simulation causes more dopamine release, and this can cause structural changes to the brain.

More thrills and chills in the game get a player hooked, and they soon start to live in a world of fantasy. These “wonderful” experiences become so much fun that the gamer ends up playing the game for hours without noticing that time has gone by. Most video games entail a virtual world with a social and safe environment; hence, a gamer feels in control. This disconnects the player from reality and measurable life progress.

Manipulative game designs such as in-app purchases and loot boxes also play a vital role in game addiction. Most state authorities ban these features since they depict gambling activities.

If you are always thinking or cannot stop thinking of that beautiful game, then the chances are that you might be addicted. The American Psychiatric Association has identified several symptoms to look out for when it comes to video game addiction.

But not everyone playing games is addicted or has game addiction problems. As stated earlier, only a small percentage of players end up getting affected. Experts estimate that people who meet gaming addiction criteria fall between 1- 9% of all gamers where most males are the typical victim than females.

Be diligent when playing games and always watch out if the activity is taking up much of your time; there's more to just playing games. Start by asking yourself a few questions: is the game getting in the way of your healthy life, i.e. your relationship, your job, education and career? Or do you use gaming as a tool to escape social problems? These signs might be the onset of addiction in a mild form.

If you are a parent and have noticed such symptoms in your child's life, then there is a need for immediate action. Visit an expert to try and figure out what might be the problem, good grades and a healthy relationship with others might signify something different than gaming problems.

How to stop video game addiction

People with game addiction are always struggling to find ways to quit game addiction but fail in vain. Luckily there are tons of help available both from professional experts and online advice. Get professional help from a physician, doctor or therapist or your kid's pediatrician.

Treating game disorders start at an early stage. One therapy that can help is called CBT or cognitive behavioural therapy. This procedure is mental health counseling that teaches you how to replace thought about gaming to help change behaviour.

If you are a parent, a therapist can help you set time limits on your child's playtime. Engaging in your kid's treatment is effective in assisting in the recovery process. To help maintain your child leisure, try the following tips:

FamiSafe is an app developed to give parents control over their kid's online activity. FamiSafe knows parenting is a hard task, and so it is dedicated to making this as more comfortable as possible. The application is equipped with an interactive interface and some fantastic features all to the user's comfort. Some of its features include location tracking, web filtering, location history, app block, among many other features.

How to prevent addiction using FamiSafe

FamiSafe has just the right tools to control your child's obsession with video games.

Nobody knows whether certain kinds of games are more likely to lead to problem gaming. For the time being, make sure that your child is only playing games rated for their age. Try out other ethical hobbies, and you might just be addicted to the good stuff.