Best VR Headset for Kids: All You Need to Know

Did you know that VR headsets for kids were the hottest gift last Christmas? According to reports on social media, the Oculus app was among the top downloads of the festive season, proving that virtual reality is slowly becoming a favorite among different age groups. However, one question remains. What is the best VR headset for kids?

Below is all you need to know about what to look for when buying one for your children. In addition, you will discover the key features of each VR headset and whether they are worth the investment.

The oculus series of VR headsets are the most popular headset for most parents and gamers. Here is all you need to know about the different models available under the series. 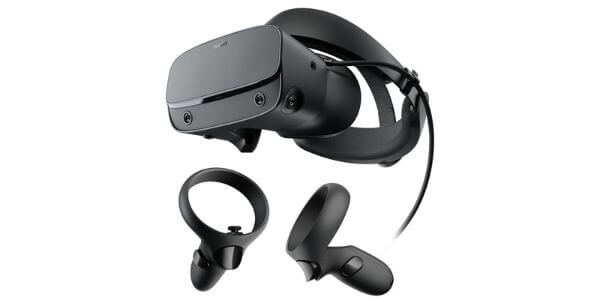 The Oculus rift is the pioneer model of the series, making its debut back in 2016.

They are a product from Oculus VR, a subsidiary of Meta Platforms (formerly Facebook Inc.). The original price was $1,999.00 for the entire set. However, you can now get it for as low as $499.99 from Amazon.

The full kit includes the VR headset, Oculus Touch controllers, and a USB Type-C cable, depending on the retailer. According to the manufacturer, the minimum requirements for an immersive gaming experience are as follows:

• For a graphics processing unit, the manufacturer recommends an NVIDIA GTX 970 or AMD Radeon 290.

The target market for the Oculus Rift is hardcore gamers looking for a more immersive experience. This is because the unit does not feature an internal processor or graphics processing unit. In addition, the VR headset was discontinued in 2021 in favor of the more advanced Oculus Quest series.

In terms of parental control features, you can access these through the Oculus App. In addition, the developer does not permit users below thirteen years to use the device. 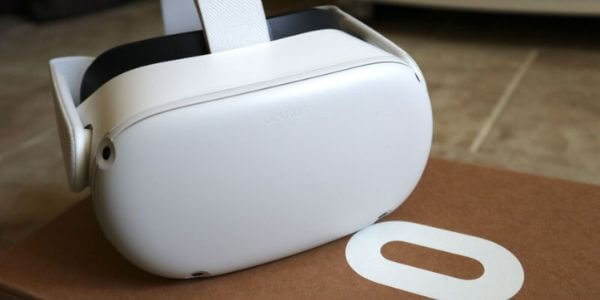 The Oculus Quest 2 is the next generation of VR headset from Meta’s subsidiary Oculus VR. It offers a sleeker design that is clean and free of unnecessary buttons as compared to previous models. Some of the improvements include the following:

• The headset is extremely light, only weighs 1.1 pounds, and does not hug your face as previous models like the Rift and Oculus Quest.

• The power button is discreetly placed on the right side of the headset, with the USB-C port and headphone jack neatly on the left.

• You can adjust the headset volume from the volume buttons below the headset.

• Additionally, the Oculus Quest 2 offers three viewing settings, which you can adjust manually by pinching or spreading the lenses.

The Oculus Quest 2 retails for $299 for the 64 GB model and $399 for the 256 GB model. Moreover, most gamers choose the 256 GB model since it can hold more games and apps. In addition, most Oculus Quest 2 VR headset users prefer it as you do not require a PC to operate it. Furthermore, the Qualcomm Snapdragon XR2 is powerful enough to run most games available from the official Oculus app.

An important point to consider is that from 2023 all users will require to log in to their Facebook accounts to use the device. Therefore, the new policy is a concern since Facebook does not have the best record on online safety. 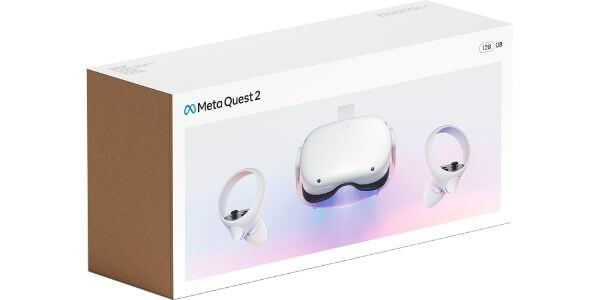 The Meta Quest 2 is the same VR headset for kids as the Oculus Quest 2. Its name change is a rebranding to incorporate the brand under Meta since they acquired the company back in 2014. In addition, the Meta Quest 2 continues to enjoy positive reviews given the low price point and superior hardware compared to other VR headsets.

Currently, parental controls are available via the Oculus official app. However, the announcement that users will need to log in to their Facebook accounts from 2023 leaves question marks on how you can protect your child’s cyber life. 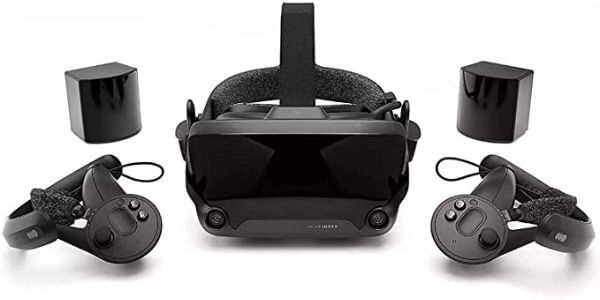 The Valve Index VR headset is arguably one of the best in the market, considering the level of control it gives you. Retailing at $999, the Valve Index VR is not the cheapest. However, you get the following items:

According to Valve, the VR headset’s target market is hardcore gamers since they have the necessary equipment to enjoy the full experience. In addition, the headset is capable of a refresh rate of up to 144 Hz, and the dual LCD display offers images of 1440 X 1600 resolution for each eye. As such, you can enjoy the best gaming experience when playing titles such as Half-Life: Alyx and Microsoft Flight Simulator. 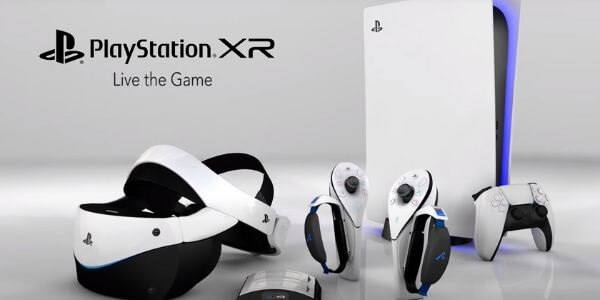 Another option to consider as the best VR headset for kids is the PS5 VR. Despite the PS5 console not being an exclusive virtual reality platform, you can still find plenty of titles to fulfill your cravings. In addition, the PS5 VR costs $300 and requires the console to function.

However, unlike the PS4, you will connect the unit to a breakout box that contains cables for power, your console, the PlayStation Camera, and your television. In addition, you will need the Dual Shock controllers to play the virtual reality.

Part4: Why VR as a gift is not recommended?

Despite virtual reality becoming more accessible, there are still concerns about whether the gadgets are appropriate for younger audiences. Here are reasons why VR as a gift is not recommended:

Virtual reality is a relatively new technology, and the legislation is still vague. For example, Google and Meta do not allow users below thirteen years. On the other hand, the PlayStation VR user age limit is over twelve years. The inconsistency on age limits makes it difficult for parents to determine if VR is the best gift for their young ones.

Furthermore, several reports of criminal activity on virtual reality platforms exist. Some of the cases include cyberbullying, exposure to explicit content, and extortion. Unless service providers improve their online security systems and create a safer gaming space, virtual reality headsets are not a recommended gift for kids.

Connect with this video to prevent the kid from accessing gaming websites.

What are the other versions of the Oculus VR headset can you purchase?

Currently, there are three versions of the Oculus VR headset that you can purchase. They include the following:

• Oculus Rift S is an advancement of the company’s first virtual reality headset.

• Oculus Go is the most affordable of the series. It retails for $149 for the 32 GB version.

Do you need to connect your virtual reality headset to a gaming computer to use it?

No, there are stand-alone VR headsets available for purchase that do not require a gaming computer. For example, Vive Focus 3 and the HP Reverb G2 are stand-alone virtual reality headsets that you can use on a computer with standard specifications. This is because they have built-in processors and graphics processing units that are powerful enough to handle most games.