Financial experts estimate the market value of virtual reality to be $16.67 billion by the end of 2022. Among the drivers for this exponential growth are VR games for kids. Since the first VR headsets in early 2010, several companies have invested in developing family-friendly video games and equipment. For example, Meta (formerly Facebook inc.) now owns Oculus, which was a pioneer of the first VR headsets. Similarly, Minecraft and Roblox now offer VR games as part of their service portfolio.

The following is a list of the 10 best VR games for Kids for 2022. As you keep reading, you will discover information on the game's premise, its genre, and the platform where it is available. In addition, you will also learn each game's age rating and how to keep your children safe when engaging with the games.

Currently, the leading platform for VR games for kids are Roblox, Minecraft, Oculus Store, and Steam VR. Each of these platforms features a rich library of VR games for kids spanning every genre. Regardless of your preference, below is a list of the ten best family-friendly VR games you should check out in 2022. 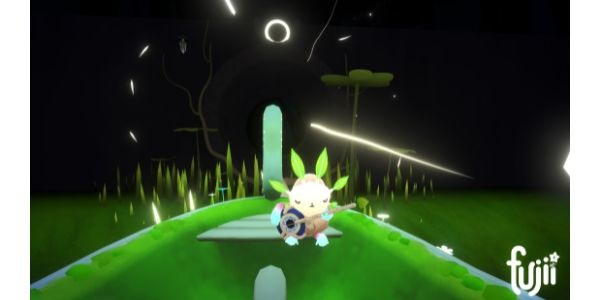 Fujii is a family-friendly VR game involving gardening and exploration of an awesome virtual land. The game is the creation of Funktronic Labs and has been available on Steam VR and the Oculus Store since June 2019.

There is no set gameplay strategy for Fujii as with other VR games. Instead, all you need to do is touch stuff and see how it reacts. In addition, the game allows you to perform a variety of actions, such as watering plants and planting seeds, as you progress through the immersive world.

According to most players, the game's soundtrack and stunning graphics are its most appealing factors. Unfortunately, playing Fujii is not free. The game costs $14.99 on Steam VR, with DLC content costing you an additional $10. Finally, the game is suitable for children from twelve years and above. 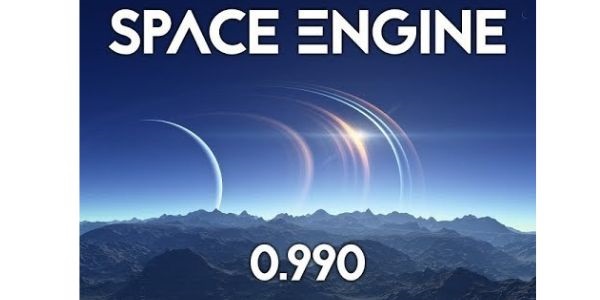 Space Engine is another family-friendly VR game from Cosmographic Software and has been available on Steam VR since 2019. In addition, it falls under the space exploration genre and is a 3D model of the universe. As such, you can explore distant planets, visit moons and even observe comets as they glide through their path. Furthermore, it allows you to create custom cosmic bodies to enhance your gaming experience.

Unfortunately, this single-player space exploration simulator costs $25 to play. However, it is worth every penny because of its amazing graphic and educational aspects. In addition, the game's age rating is thirteen years and above, like most VR games. 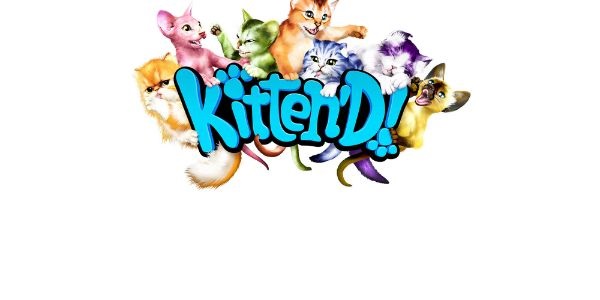 Kitten'd is a pet simulation game available on PSVR and Steam VR. It features a story mode where you level up, earning rewards while taking care of your cats, and my room mode, which is free-play. In addition, the game generally has positive reviews, with its simple gameplay and compatibility with different VR headsets being the most compelling factors.

PSVR lists the game's age -appropriateness as twelve, and it will cost you $14.99 to play. Furthermore, the game is only available in single-player mode. 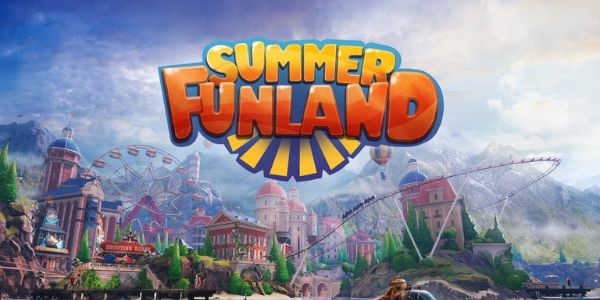 The game is available on Steam VR, PSVR, and Oculus Store for $19.99. Unfortunately, it is only available in single-player mode. However, it attracts an age 7+ rating on the Oculus store, meaning you can enjoy it with your young ones as well. 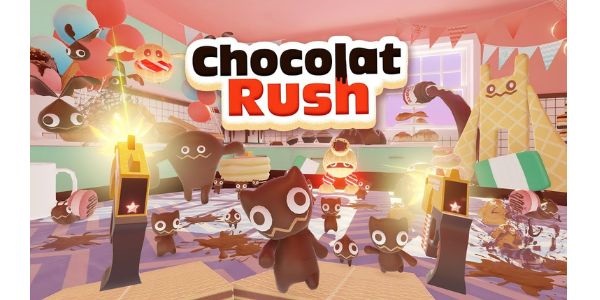 What would you do when chocolate monsters attack? Shoot them, of course. Chocolat Rush is a family-friendly VR game you can enjoy with your five-year-old and up. The game takes place on a kitchen table, and the view is from a kid's level. In addition, you get to use a toy gun in six varieties.

Each level features a boss fight that you need to find a weak spot to defeat. In addition, you can compete with family and friends for a place on the leaderboard. The game is available on Steam VR and will cost you $8.99 to play. 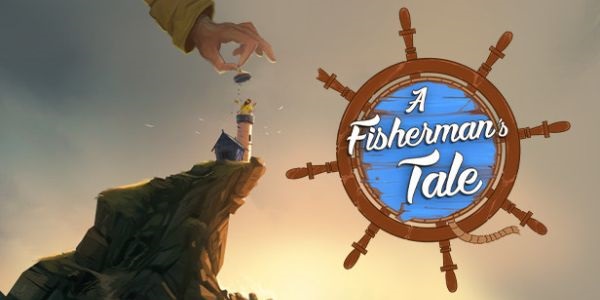 A Fisherman's Tale is a puzzle-solving game available on the Oculus store and PSVR. It involves you living life as a fisherman's puppet, solving puzzles within an enclosed lighthouse. In addition, the game presents you with different tasks each game day, with occasional hints from the narrator.

Moreover, the game's premise is to rescue your keeper, a fisherman stranded at sea. As you solve each puzzle, you advance through stages to the top of the lighthouse and illuminate it for him to find his way back. The game has an age rating of 7+ on most platforms and will cost you $14.99 to play. 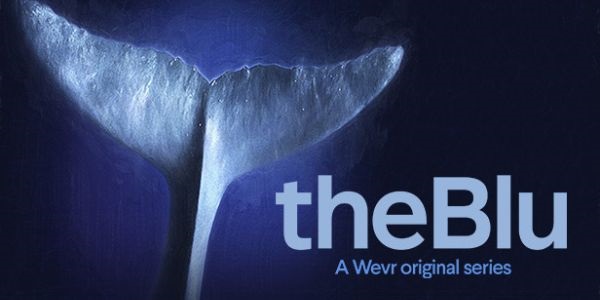 The Blu Encounter is an underwater exploration VR game available on Steam VR. For $5.99, you can experience the wonders of the ocean across different habitats encountering various sea creatures along the way. For example, you get to encounter a whale as you explore a sunken wooden ship.

Most users praise the game for its immersive nature and out-of-this-world graphics. In addition, the game is super interactive in that it allows you to explore the universe in 360 degrees. According to Wevr, the game developer, you can enjoy the experience with kids from ten years and above. 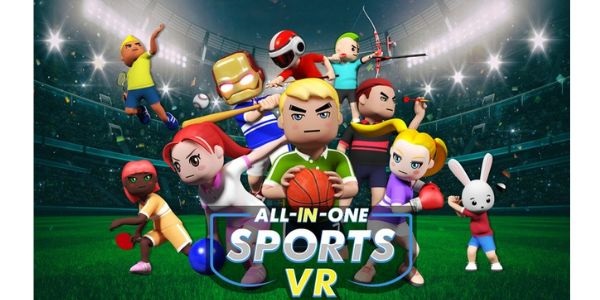 What if you could play your favorite sport in your living room? Well, now you can. All-in-one sports VR allows you to play eleven sports, including archery, basketball, bowling, golf, and boxing. In addition, you can play against the AI or challenge your peers.

The game is available on Steam VR and Oculus Store and will cost you $19.99 to play. Moreover, you will need a gaming space of about 2 X 2 meters to enjoy the experience. Finally, the game has a PG rating, meaning it is appropriate for all ages. 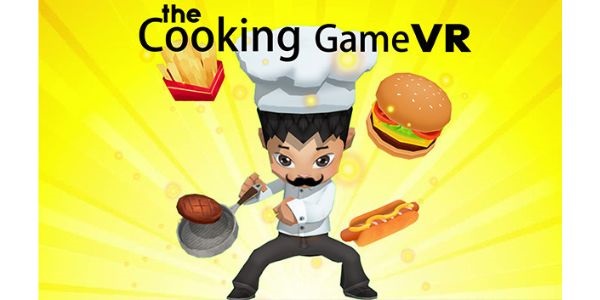 The Cooking Game VR takes you to the kitchen of a fast-food restaurant, where you have to prepare different dishes for your customers. Unlike other games where you can explore the environment, everything happens on the kitchen counter. In addition, the game supports single and multiplayer modes, where you compete with your friend as a rival chef.

Most users praise the game for its use of simple controls that can be useful to beginners of VR. As such, the game is appropriate for kids from five years and above. Furthermore, the game is paid-access and will cost you $14.99 to play on Steam VR. 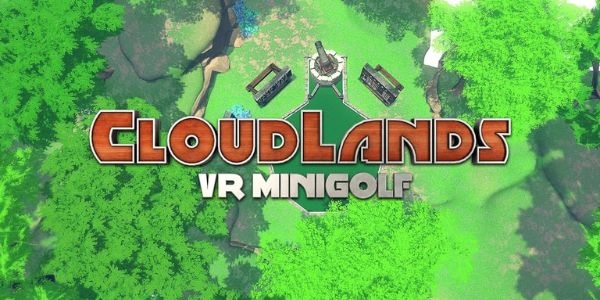 Do you remember your days at the miniature golf course? If you do, then you can experience the same joy from the comfort of your living room with Cloudlands VR. This family-friendly VR game takes you to a virtual mini-golf course, where you prove your skill at completing the 18-hole golf course. In addition, the game includes a course creation mode, where you can design a custom course.

Furthermore, Futuretown has included some twists in the game to make it more interesting. For example, you will encounter floating bridges, spinning obstacles, and ball cannons as you play. In addition, gameplay varies according to winter, summer, and autumn. It costs $19.99 to play the game on Steam VR, and you can enjoy it with your entire family.

Virtual reality games are slowly making their way to becoming the top choice for gamers. In addition, most games that offer VR are targeted at kids. However, there are still concerns about the safety of VR games for kids. Below are some of the reasons for these concerns:

• The emphasis on micro-transactions.

Game developers are in the industry to make money. As such, they will offer in-game purchases to recover their operating costs. Although the charges may be minimal, some developers resort to devious means to encourage more spending. For example, a developer can use the platform's chat feature to engage your kid to solicit more money. It is this behavior that causes a parent to ask if VR games are safe for kids.

There are several reports on kids accessing inappropriate content when using VR platforms. For example, they can receive indecent cats or links to adult websites. In addition, most VR games do not have sufficient security features to protect users. Therefore, parents are still fearful of giving their children full access to VR platforms.

VR games are designed to be engaging so that the developer can recover their costs. In addition, they target kids because they are more vulnerable to spending more time on their games. As such, children are at risk of developing mental issues such as game addiction, which can be expensive to treat.

Block inappropriate games and ensure online safety for your kids using this video.