is my phone being tracked

With the introduction of monitoring tools, it has become relatively very easy to monitor someone's cell phone activities. But where these monitoring tools are meant for parental control or employee monitoring, it is also possible that someone used them against you. According to the tool used, the person will be able to view your email record, call logs, text messages, account login credentials, and much more. So, if you think, "is my phone being tracked", here we will tell you some signs on how to tell if your Android is hacked and its countermeasure to protect yourself.

5 Signs to Tell if Your Phone is tracked!

A device that has monitoring or spy software installed on it will behave strangely than the ones with no such tampering. Below are some signs your phone is hacked or tracked with the help of spy software and your activities are being monitored -

Spy software will consume battery and device resources while running in the background. So, this will result in more battery consumption and your device battery will drain faster. 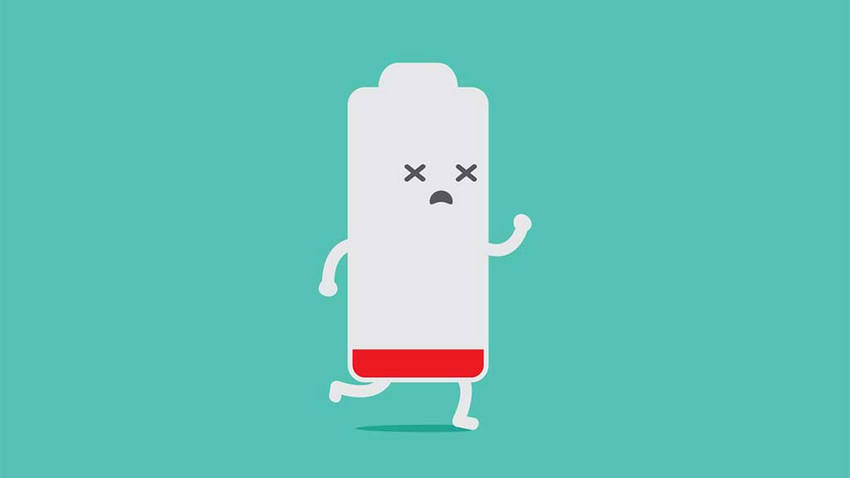 If you hear strange background noises while calling, then it is possible that some are listening in on your calls with a monitoring tool. It is one of the signs your phone is hacked.

Overheating of the device

An app that constantly updates data in the cloud will consume a large number of resources continuously, which would increase the overheating of the device.

Since the spy app will need to send the device report to the one doing the monitoring, it will consume a large amount of data, which can be seen through your device's increased data usage. But note this, you can't say for sure with just one sign alone. If these signs appear together, you will want to know how to cope with the situation. 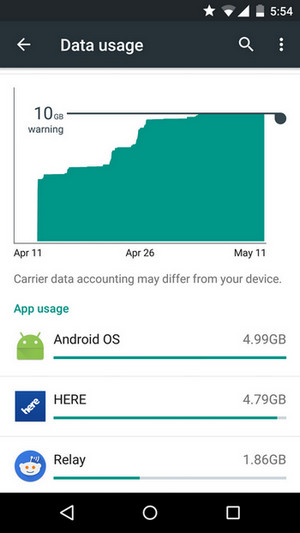 Certain apps will ask for permissions that clearly they don't need-- why is a note app asking for camera usage permission? Why is a cooking app asking for voice-recording permission? When this happens, be mindful. If you're using a phone with a pop-up camera(yep, that's a thing), and your camera pop-up without your operation, that means some apps are secretly taking photos. What to do? Read on.

How to Check for Spy Software on an iPhone?

Apple doesn't approve of installing spying or monitoring tools. That's why, if someone wants to install spy software on your phone, they will need to first jailbreak your device. Jailbreaking the iPhone will install the Cydia app on the iPhone, which can give away the jailbreaking. So, if you find the Cydia app on your iPhone and you didn't jailbreak your device, then it means someone else did the deed without telling you and not with a good intention. 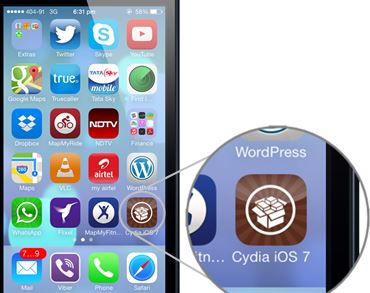 Jailbreaking means removing the security restrictions that were implemented on iOS by Apple. Jailbreaking iPhone may give better access to the core functions of iOS but it can also make your device vulnerable to many security risks.

Rooting an Android device is the Android version of removing restrictions on the device OS and gain superuser access to its core functions. But like jailbreaking, Rooting Android also has many security risks associated with it -

How to remove spy apps from your phone?

If you have a question in mind like "Is my phone being tracked with a spy app?" then you can use the following solutions to remove spy apps from your phone -

Since a spy app will delete its icon and work stealthily in the background, if you think your smartphone is being monitored, you can go to the Apps Manager in your device settings and manually delete the app from there. No matter how advanced a spy app may be and try to hide its presence, it will be visible in Apps Manager, though it may present itself as some other important system service. 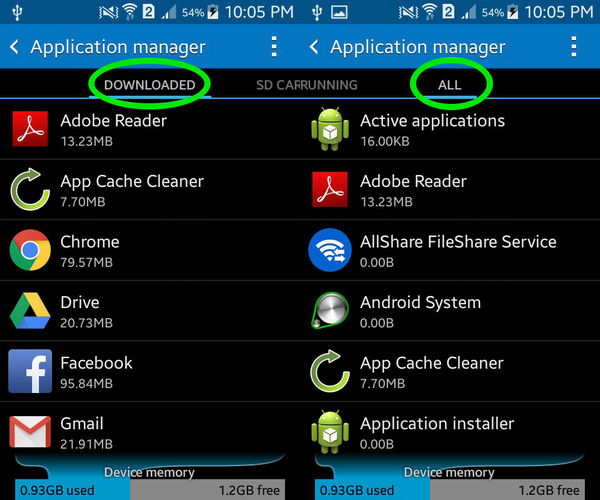 Another effective solution for removing a spy app is by updating your device's operating system. Spy apps are like other software that heavily relies on compatibility with OS to work. When you update your phone OS, the spy app may not work properly, effectively removing the threat. In the case of the iPhone, when you update the iOS with the help of iTunes, it will remove the jailbreaking from your device as well as any other app. 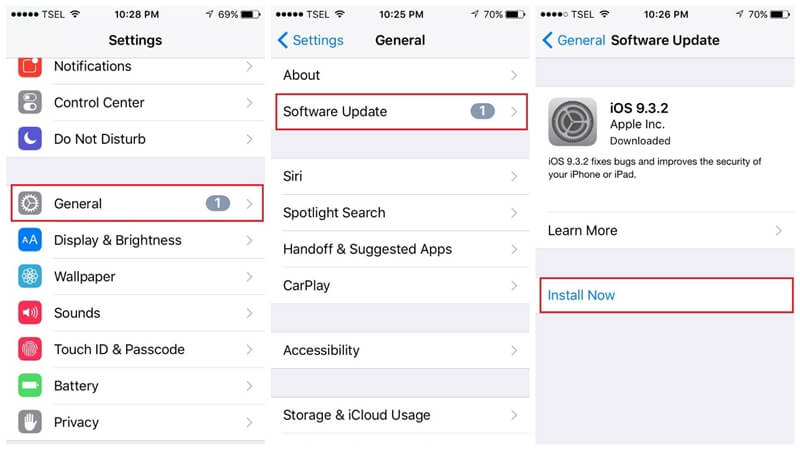 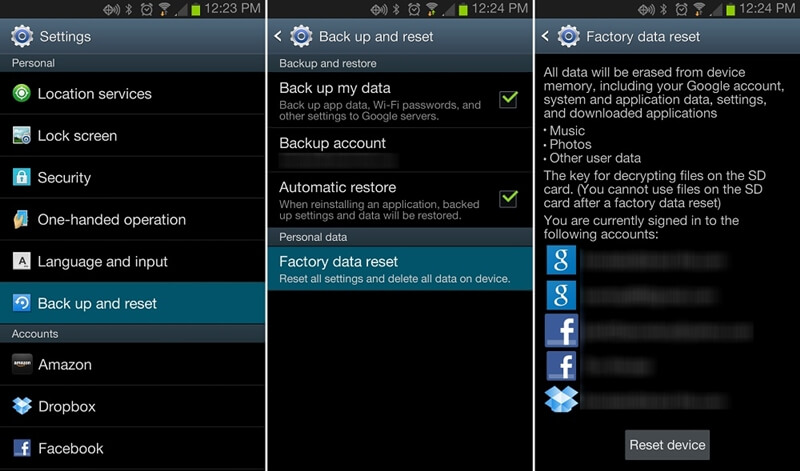 How to keep your phone protected?

To make sure that you don't need to know the signs your phone is hacked with a spy app, it is important that you keep it protected at all times. Here is how you can protect your phone from spy apps -

Since all spy apps need physical access to be installed on the target device, if you keep your phone password protected, they won't be able to install the spy app on it. Aside from installing spy apps, it will also protect your phone from unauthorized access. 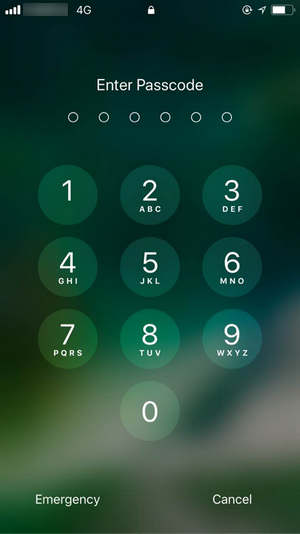 2. Don't root or jailbreak your phone:

Jailbreaking or rooting the phone may allow malware to install other apps on your phone without your permission, which can also include spy apps. So, either you take extreme care in installing apps after rooting or jailbreaking your phone, or don't do it to protect yourself from being monitored.

You can minimize the risks of installing spyware or malware on your device by using a security or antivirus app. These will automatically detect and inform you about any malicious app installed on your phone. 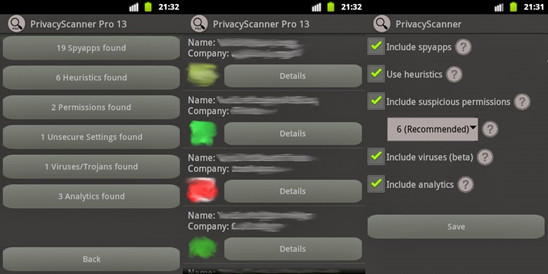 4. Keep your device up to date:

Always keep your device firmware and OS up to date so as to fix any security vulnerabilities the old firmware might have.

Stop installing every other app that you encounter, as there is a chance that you install a malware app or spyware mistakenly. Before installing any app, make sure that it's from a notable developer or not.

It can be very frightening to think "is someone tracking my phone?" because you know that if your doubt is genuine, then all your personal information on the phone will be exposed to potential danger. The tracker may get your user account credentials, contact list details, email, and all other data on your smartphone. This, in turn, can also expose your family to potential dangers. So, in this article, we have given you some tips on "how to tell if your Android is hacked?" After ensuring that whether your phone has been compromised or not, you can use the tips mentioned here to remove the spy app from your phone.

How to Use Location Services to Protect Your Kids?

Use Location Services to Protect Your Kids

How to GPS Track a Phone

5 Ways to Track A Cell Phone Location for Free

The Best iPhone Tracker for You