Fortnite became the most popular game back in 2018 with many seeing it as a cultural phenomenon. The game saw players from different groups; including middle school playgrounds, frat house parties, and online players on YouTube. 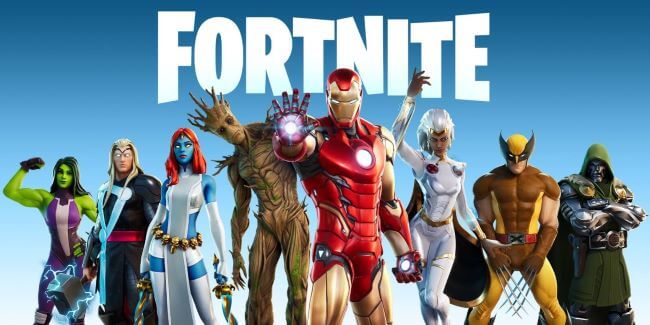 Since its launch, parents saw their kids spend much of their summertime on an island, exploring caves, running through fields, or building forts. All this they did without leaving the comfort of their rooms. This was all thanks to Fortnite Battle Royale. This popularity caused many parents to ask:

What is Fortnite and is it safe for kids?

Fortnite is an online game where 100 players fight each other to survive. In the game, players fight other players for survival, but the violence is cartoon-like. Eventually, the strongest and smart players win. Each game lasts about 20 minutes, although once a player gets killed, they automatically leave the game until the next session.

There are two versions of the game. However, the most popular one among kids Fortnite is the Fortnite Battle Royale. Players do not have to pay to play this game, which has attracted about 125 million players to its ecosystem. Fortnite has an in-game audio chat so that players can talk and interact with each other as they play. To play, players create an account by providing an email address. They also need to create a username for the game.

Is Fortnite safe for kids?

The question “is Fortnite for kids” is one asked by many. Many people, more so parents are against kids playing this game. Despite the violence being displayed in a cartoonish manner, parents and the general community still think Fortnite is not right for kids.

Kids Fortnite shoot and kill each other to win. The winner will have to kill 99 other players before they can be crowned. Another downside to the game is that kids spend many hours trying to win the game. This time could be spent doing productive things.

One expert Sierra Filucci, at Common Sense Media, had this to say:

"Playing too much Fortnite can interfere with sleep, homework, and responsibilities,"

Common Sense Media is a group that reviews games, movies, and music to determine whether a game is appropriate for kids.

However, some parents believe the game is not as violent as many put it to be. They think because the game looks like a cartoon, the violence is not as realistic. They add that having kids play the game helps in sharpening their team-building and problem-solving skills. Here are some reviews from Common Sense Media:

When asked is Fortnite safe for kids? Kelly F had this to say: Not appropriate

"Regardless if there is no blood, the player is still going around shooting zombies and people (battle royale). In addition, all the female characters are over-sexualized with big boobs, small waist, big butt, and small clothes. I cannot believe how many people think just b/c there is no blood it's appropriate. They are being dropped out of helicopters and going into a building and shooting up the place. How is that OK?!"

Sheila M: Do not let your kids play this game

"When I let my kids get this horrific game, I did not know what I was getting them into! In this game (I am referring to the battle royal mode of this game), you are dropped onto an island with one hundred other players, at which point you must fight to the death. One issue with this is that it seems to be emulating genocide to an extent. Your goal is to kill other players, many of whose avatars are minorities. Another issue with this game is the sexual content. The player's avatars are often shown wearing clothing that covers up very little of them, which I find quite inappropriate for my little kids. Finally, this game encourages your kids to spend money on it. The game will push on your kid's many cosmetic microtransactions. In conclusion, this game is extremely inappropriate, and I would not recommend it to anyone. P.S., I found a one hundred and fifty dollar version of this game, which I find to be outrageous."

What age is Fortnite suitable for?

As a parent is you have to ask is Fortnite for kids? Then you probably need to control your kid's participation in the game. Fortnite has an age limit of 12 years. However many have given it a "T rating" meaning only kids from 13 years should be permitted to play the game. The age limit is given due to the mild violent scenes in the game and the potential exposure to bad language in voice and on-screen text chat.

If your kid is a big fan of Fortnite, you can help them find more partners sharing the same interests on Discord. Here we collected the 8 best Fortnite Discord Servers they can join for free. Don't miss it.

Does Fortnite have parental controls?

Some might say Fortnite as a game is pretty harmless but the question remains is Fortnite safe for kids? However, many parents have taken many measures to protect kids in Fortnite. The game has an age limit of 12 years. All kids are required to get permission from their guidance. Because Fortnite is supported on my devices that have parental control, it makes it easy for parent to monitor their children. As a parent, one can exercise Fortnite parental control on platforms like PS4, Xbox One, Switch, and iOS.

How to keep children safe on Fortnite?

1. Talk with your kid

Millennials today are open to communication. Seating down with your kids and talking about the game are among the most effective ways of keeping your child safe. Talking with them will open up their mind to different possibilities about the game.

As a parent, you will need to monitor gaming activities by your children. Restrictions seem to work for many. You can make use of parental control to limit the number of hours your child spends while gaming. Through Fortnite parental control, you will also prevent your children from spending too many funds on purchases. Lastly, restrictions, especially on voice chat, will help monitor communication between your child and other players on the platform.

FamiSafe is a handy tool for keeping your child safe while playing Fortnite. The app makes it easier for parents to monitor and restrict kids’ activities on different platforms. Parents use FamiSafe to get notifications of a suspicious text alert and cyber-bullying. They can also track their kids and players through real-time locations monitoring and geo-fencing. Geo-fencing allows parents to set safe zones and get notifications once their kid leaves or enters the geo-fences.

The bottom question: is Fortnite for kids? While many might encourage their kids to play the game, it would be wise for parents to protect their kids. Taking preventive measures might help kids protect their kids. Ideally, despite being cartoon-like, violence from such games should not be encouraged among kids.