YikYak for Android: Everything Parents Should Know

Maybe you remember YikYak from the first time it was released. If not, let us tell you that YikYak is an anonymous social media app that has made its way back to college and school campuses. It’s almost like Twitter, but with anonymous users in a local setting.

The downside of this app is anyone can post anything, and it becomes difficult to track the culprit because of the anonymity feature. Even parents are worried about the comeback of YikYak. Besides, they are not sure if the platform will be able to maintain a safe environment. If your kid is also using the YikYak app, this article is for you, so continue reading: 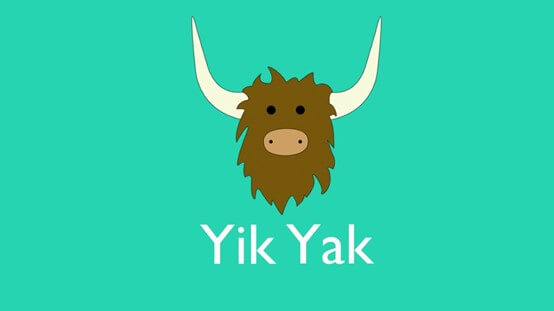 01 What is YikYak?
02 What Makes it Different this Time?
03 What Should Parents Know About YikYak?
04 How do Users React to YikYak’s Back?
05 How to Make YikYak Safer for Kids?
06 What can Wondershare FamiSafe Do?
07 Conclusion

YikYak is an anonymous social media website that lets you get a live feed of what people are saying within your 5-mile radius. The app works based on GPS and instant messaging, allowing people to discover what others are talking about. Users can post messages on the local boards, and every user within 5 miles of a radius can comment, Upvote, and Downvote it.

YikYak is being called the hyperactive local anonymous on Twitter. Even the size of the text message cannot be longer than 200 characters. Initially, the app was founded in 2013 by Tyler Droll and Brooks Buffington. Soon after its release, it became popular among college and high school kids. However, by 2016 it had lost its popularity and shut down in 2017. One of the biggest problems of this app was the app users who would post content filled with harassment, bullying, and threats of mass violence.

Is YikYak for Android?

YikYak is for iOS only, you can find it on Apple Store.

What Makes it Different this Time?

The YikYak app is back once again, and its new owners are trying to create a better app environment for its users. Square Inc. purchased the app in February a mobile payment company.

To ensure that the app environment is safer and better for the younger generation, the developers have released some tabs like Community Guardrails, Mental Health Resources, and Stay Safe Resources on its website. In addition, the platform also displays an obvious message:

What Should Parents Know about YikYak?

Most of the users of YikYak are teenagers and students from either schools or colleges. For them, an app is a place where they can be anonymous and play with all kinds of personalities and ideas. However, that doesn’t mean it’s safe and reasonable for them. Some of the reasons you need to be worried about your kids accessing the YikYak app are:

YikYak can be toxic because of its anonymity. The app was built on sharing community topics and discussing relevant issues, but users have made it something else. It has become a platform for threats, rivalry, and satisfying personal vendetta. Constant name-calling, shunning, and shaming are happening, which can be toxic for young minds.

Even though the app is committed to removing harmful and explicit content, it takes at least 5 Downvote for the website to remove content. However, if we look at the college or school environment, kids enjoy it whenever someone posts explicit content or something to make fun of others. So, by the time it receives 5 Downvote, everyone might have seen the post.

No one knows who posts on these platforms, so even the most decent kids are not obligated to use formal language on the forum. But unfortunately, most users post content full of abusive and vile language, and the app has no way to control it.

How do Users React to YikYak’s Back? 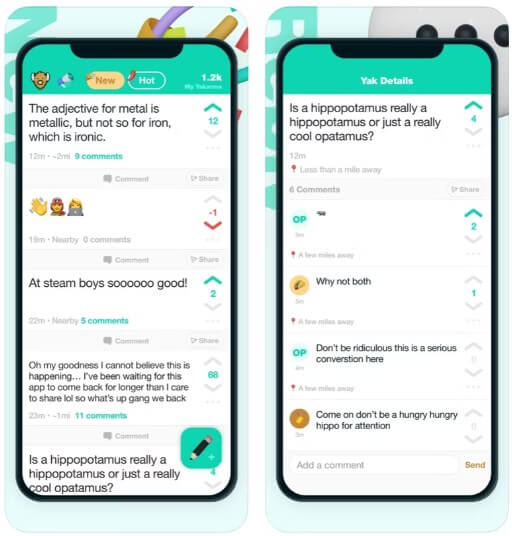 After the grand comeback of the YikYak app, the platform has received a mixed reaction. While the college and university students have welcomed the app with all enthusiasm, parents, teachers, school, and college authorities are worried about the increase in cyberbullying, abusive language, and other prevalent digital issues on the platform.

One of the users states, “This app is a gateway to cyberbullying, all kinds of disgusting things are being said about other people.” Another user quotes, “My friend’s 16-years-old daughter is having a hard time, as awful messages about her were sent to a huge amount of users of this app”

Well, we can see that cyberbullying is prevalent on the app, and not everyone is happy about YikYak being back.

How to Make YikYak Safer for Kids?

Some schools and colleges have decided to ban the app on campus. But what if your kids are using the app outside the campus? Some of the ways you can keep them safe from anonymous apps like YikYak is mentioned below:

• Keep them safe with open communication

Have an honest conversation with your kid about whom they are talking to and which platform they use. Describe to them what kind and supportive conversation is and tell them why there should be no place for mean and discriminatory talks in their lives. If your kids experience inappropriate content, encourage them to share it with someone in the family immediately.

None of the private details should be shared on platforms like YikYak. You never know who has signed on the forum. Inform them that it can be anyone, a bully, a predator, or a college mate who doesn't think well of them and can misuse their personal information.

• Use technology to protect them

Ensure your children have all the latest apps, software, and anti-virus software installed on your device. For younger kids, you can also install parental control apps like Wondershare FamiSafe, which allows you to track and block the app.

When it comes to protecting your kids from apps like YikYak, there is no better app than Wondershare FamiSafe. It allows you to block any app that you find inappropriate for your young children. If you want to block YikYak, these are some steps you need to follow:

Step 1: Get FamiSafe from App Store or Google Play, set up an account, and select your identity as a parent.

Step 2: Select Connect a New Device to add your kids’ device, and you will receive a pairing code.

Step 3: Now install FamiSafe Jr on your kid’s device, log in with your id, and use the code to pair.

Step 4: Go to the Features and click on Screen Time.

Step 5: Next, click App Usage & Blocker and you can either block the app entirely or set a schedule. Some of the other features that you can take advantage of are:

The biggest problem with YikYak is anyone can sign up for the app, as there is no hard and fast verification process. Besides, given that it's an anonymous app, there is no way to acknowledge who posts the explicit content until you go to the police. This whole setup can be harmful to the mental well-being of young children. That's why allowing your kids on the app is not recommended without strict supervision.