5 Key Differences between Bark and Qustodio, Help Parents to Decide!

Protect your family with an all-round way

Long gone are the times when the internet used to be a rare commodity. Nowadays, most youngsters don’t know a life outside of staying connected online. This can cause several problems for parents as not all kids know the dangers of the explicit or even downright illegal stuff one can find out there. Fortunately, there are apps available to protect your child online. Here we will have a Bark vs Qustodio comparison to help the parents decide. 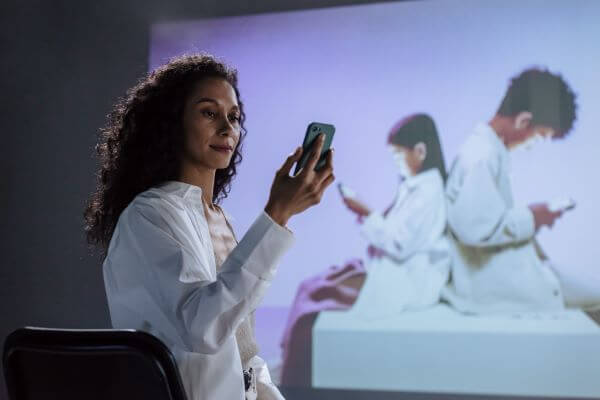 This section will disclose the key differences between the two well-known platforms:

Price is the point where people can let go of some of the features and make their decision based on their budget. Here if the better service is overpriced, most will lean towards a cheaper alternative.

Bark offers parents two plans to choose from, Premium and Jr. The Jr. plan will cost about $49 annually but is very limited in its features. In the Jr. plan, parents are offered location check-ins, website blocking, and screen time managing. These features for this much price are not really a good deal, and it’s recommended that parents go for the Premium version.

The Premium version does come with a 7-day trial and will cost $99 annually. These are the features offered:

• Get alerts for issues like cyberbullying, online predators, suicidal ideation, and more

• Filter which websites your kids can visit

• Keep up with kids with location check-ins 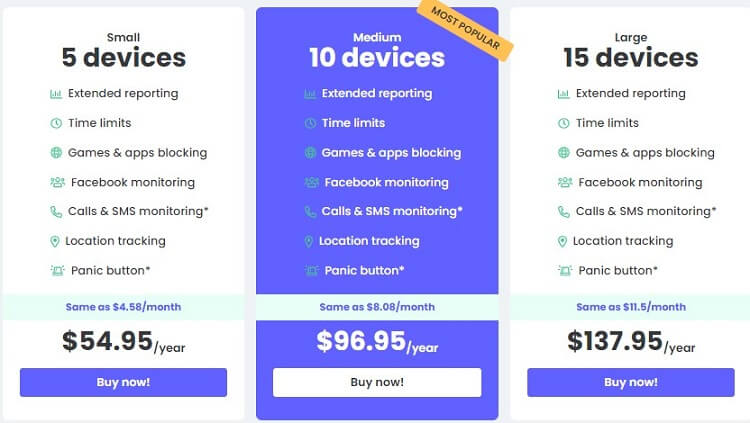 Qustodio, on the other hand, gives parents 3 payment plans to choose from, namely Small, Medium, and Large. The Small plan can be a lot more affordable choice for families with fewer members. It allows up to 5 devices to be monitored.

Their basic plan costs up to $54.95 annually, which is although slightly more than Bark’s Jr. plan, the features offered make up for the price. The Medium package will cost $96.95 annually. It will offer up to 10 devices, where the Large plan will set parents back $137.95 annually, offering 15 devices to be monitored.

There is no difference in features between the various plans, and the prices increase with the increase in the number of devices. Qustodio also offers an entirely free version. It supports one device with Web Filtering, Basic Screen Time, and generic monitoring features.

Woops! FamiSafe is having a sale now, click to see discount price!

Web filtering is an essential aspect of a parental control app, and both Bark and Qustodio handle it pretty well. They work almost the same on both services and allow parents to block either individual websites or entire categories of them just to be safe.

For even younger children, mature websites should be kept wholly off-limits, and even if a parent forgot to block a mature site, both of the mentioned services stop the content automatically before it becomes visible to the child.

Apart from blocking explicit sites, one can also restrict the amount of time spent on gaming or leisure sites. If a child is to be grounded, access to these sites can also be completely cut off. Although both Bark and Qustodio offer blocking services, the Qustodio has 11 more categories than Bark to identify content. However, all types of websites can still be individually blocked in both apps.

It is indispensable to keep track of your child’s screen time. It could be a game or social media app that can cause your child many problems if used too much without limits. So, it is best for parents with small children who have limited time on their hands because most modern-day apps will keep them scrolling indefinitely.

It is where the App usage limit feature comes in. Both Bark and Qustodio offer the utility, enabling the parent to balance the real and virtual world.

One of the major concerns for parents is how a child interacts with the outside world. Most of the time, these interactions are facilitated through social media apps. Social media apps are everywhere, and although they do raise some problems for parents, there’s no harm in them if they are adequately monitored.

Bark, in this respect, is strides ahead of Qustodio, relying on AI integrated features to spot the problematic terms in a child’s conversation. The integrated AI constantly looks for possible signs of bullying and depressing, illegal, or sexual content.

Whenever it detects something troublesome, a notification is sent to the parent’s phone. Bark covers all the mainstream platforms such as Facebook, Snapchat, Reddit, TikTok, and Instagram while covering several obscure ones such as LiveMe and VSCO. 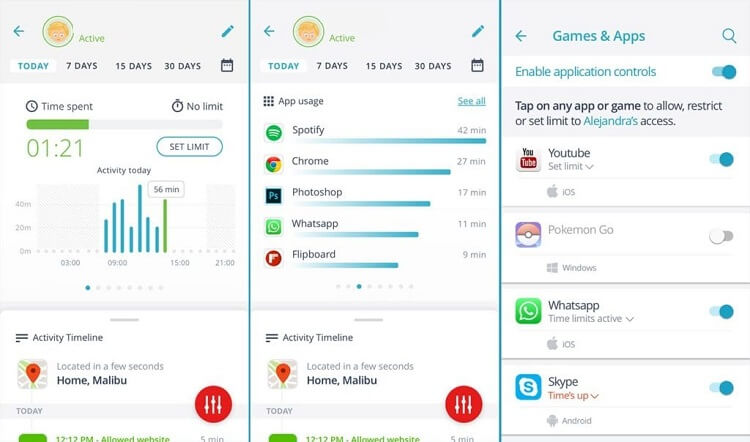 Qustodio is generally lacking in this regard and only allows the typical social media apps. Facebook has complete monitoring integration in Qustodio, but apart from Facebook, all other apps just have an acceptable level of surveillance.

However, suppose your child only uses Facebook. In that case, Qustodio offers a much direct approach by allowing parents to detailed login to their child’s profile and see the related posts, friend requests, and conversations.

Although Bark mentions a location tracking feature on their website, it’s not well implemented and can easily bypass children looking to sneak away. Bark allows parents to ask their children to do a check-in of their location.

The problem with this implementation is that most kids would prefer to listen to a scolding and avoid checking in, rendering the feature a little less useful. However, it does help in strengthing the relationship between the parent and the child as there is no invasion of privacy.

On the other hand, Qustodio comes with many options for parents to track their kids. Real-time location tracking is implemented, keeping parents aware of the exact location of a child. The interesting part is that Qustodio also keeps track of the child’s history.

So, in essence, the parent is aware of every footstep their younger ones take. However, the child’s privacy is compromised in this regard and may lead to some arguments between both parties.

Bark doesn’t have geofencing, but Qustodio does. Use the parental control management app on your phone, and it has this feature. Alerts will go off when your kid crosses into an unsafe area of their own accord or due to one of many other reasons like leaving for school early, etc. So, there’s no need to worry!

Bark is only available for mobile devices with platforms such as iOS, Android and Amazon mobile devices. It means the service doesn’t support Chromebook, Windows, or macOS. On the other hand, Qustodio is fully compatible with every notable platform, including Windows, macOS, Android, iOS, Kindle, and Chromebook.

Wondershare FamiSafe is another parental control service that allows parents to keep track of their kids. It’s mentioned here to give parents a third option if they can’t decide between the upper two. In fact, FamiSafe provides almost all features you need, on multiply platform including IOS, Android, Windows, Mac, Amazon Fire and Chromebook:

What's more, all those amazing features comes with a discount price!

FamiSafe takes location tracking on another level by showing the real-time movement of the parent to the child and allowing the parent to set a vicinity for the child to not cross. Whenever the child crosses the set vicinity, a notification is sent to the parents so they can act straight away. This can be particularly useful if parents want to restrict a perilous place for their child. The area can be set anywhere between 100m-1000m.

FamiSafe not only allows parents to limit screen time on a single day but will also keep track of screen time on a period of 30 days. So this can be particularly useful in a situation where a parent decides not to limit screen-time but only monitor it at the end of the 30 days through a detailed report and then discusses the information with their child, leading to a better parent-child relationship.

Here we have two great parental control applications that will help parents keep their children safe online. The Bark is more focused on monitoring your children’s social media activity but is restricted to mobile devices only. Meanwhile, Qustodio gives a broader overview of just what your children may be up to online.

Still, its social media coverage pales compared to Bark’s. Perhaps one thing that may separate them is the price. Bark’s price is consistent for an unlimited number of devices. However, smaller families will find they can save money with Qustodio.

To pick the right choice depends on what you and your family want to prioritize. Yet, FamiSafe offers better rates, features, and compatibility. With it, your children will have greater protection, and you’ll have ease of mind.

Manage Your Apple TV and Apple TV+ Screen Time on Any IOS Devices!

How Do I Use Family Link on My Computer or Laptop?

Are You Looking for Parent Apps for Kids' Phones?