Is Obey Me! Safe for Kids? Parent Guide

Despite otome games primarily catering to Japanese women, there has been a massive surge in popularity for the genre in the West in recent years. That is mainly due to social media and streaming platforms like Twitch, which have allowed Western audiences to discover and fall in love with these often heart-wrenching stories. As a result, one of the most popular otome games series in the West is Obey Me! If the name doesn't create a lot of fuss, the game's premise probably will, especially for parents.

The idea of attempting to seduce seven brothers during gameplay might be enough to set off alarm bells in any parent's head. So is Obey Me! suitable for children to play? Here's everything you need to know about the game before deciding if this game is safe for kids. 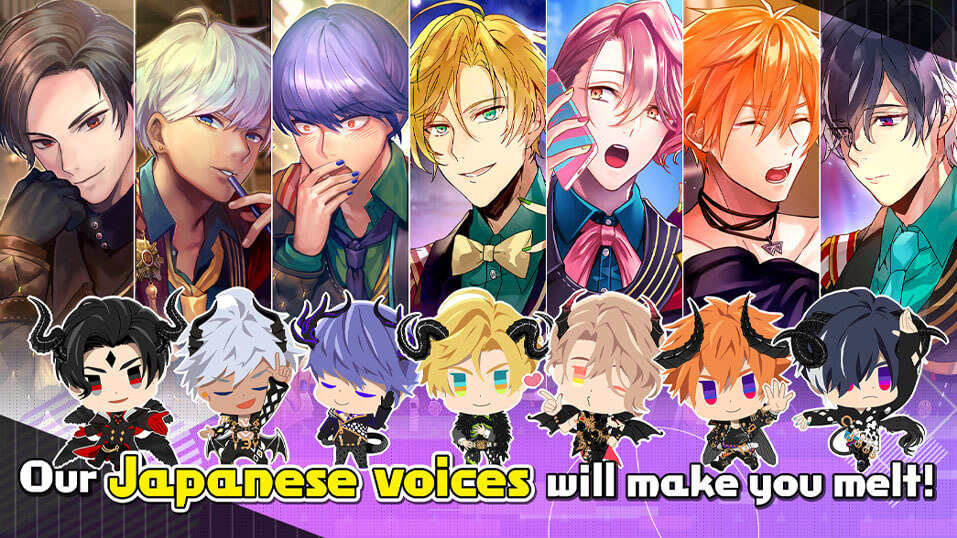 01 What Is Obey Me?
02 Obey Me! Age Ratings
03 What Should Parents Know about Otome Game?
04 Is Obey Me! Safe for Kids?
05 Tips for Parents on Obey Me!
06 What Can Wondershare FamiSafe Do?
07 Conclusion

What is Obey Me?

Obey Me! is a romance simulation game, also known as an otome game, created by NTT Solmare Corporation. Otome games are video games that focus on storytelling and include a romantic relationship as one of the main objectives. The otome games are usually designed to appeal to women since the user's character is often a female. In Japan, the genre is prevalent among teenagers and younger women, but the genre is getting increasingly popular among Western audiences.

In the Obey Me game, players are cast as human exchange students sent to the fictitious underworld academy, Devildom. While there, players encounter seven demon brothers during their journey, and the plot focuses on their linked relationships and distinct personality qualities based on the Seven Deadly Sins. One of the game's primary objectives is to win the brothers' affections, or as the game puts it, to boost the player's "intimacy level" with them. To progress in the game, players must follow the tale — often selecting their path or forming their version of events — while also completing daily activities and "dance battles" to earn cards, in-game money, and items. 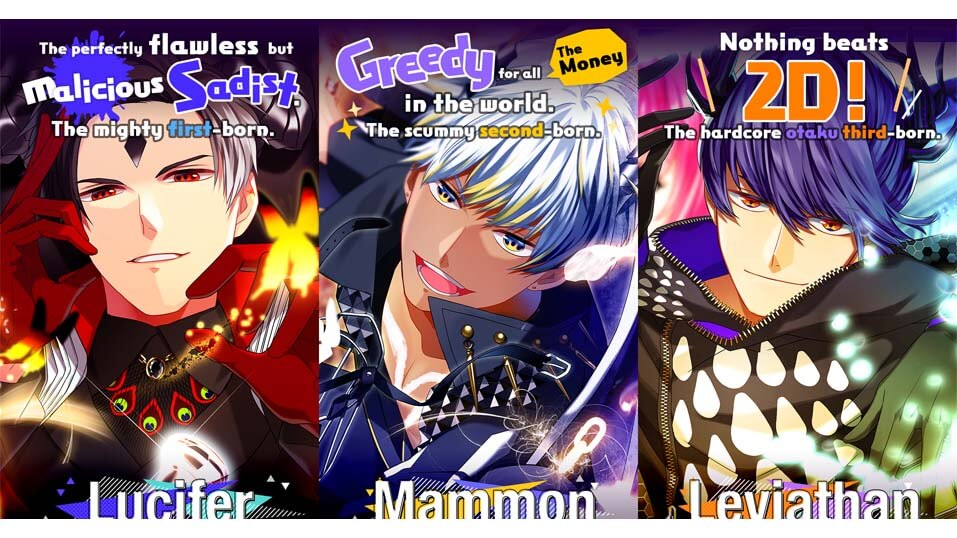 According to Obey Me!, the game is suitable for players aged 13 and up due to the game's sexual themes and use of profanity. However, we don't think this game suits children or teens. Obey Me! occasionally uses bad language and sexually suggestive scenes (such as "whip" the brothers). Also, the game's characters are often shown wearing very little clothing. Furthermore, there is a huge push for in-game spending.

What Should Parents Know about Otome Game?

Parents should be aware that otome games, while often containing suggestive content, are generally not meant for children and may contain mature themes. Obey Me! in particular, is not recommended for children or teens, as it has sexual content and profanity. Additionally, the game promotes in-game spending, which could lead to financial problems for some players. In general, parents should be aware of the game's content and use their discretion when deciding whether or not it is appropriate for their child. They should also consider the child's maturity level and ability to handle mature themes. If you have any concerns, it is always best to speak with your child about the game before allowing them to play. 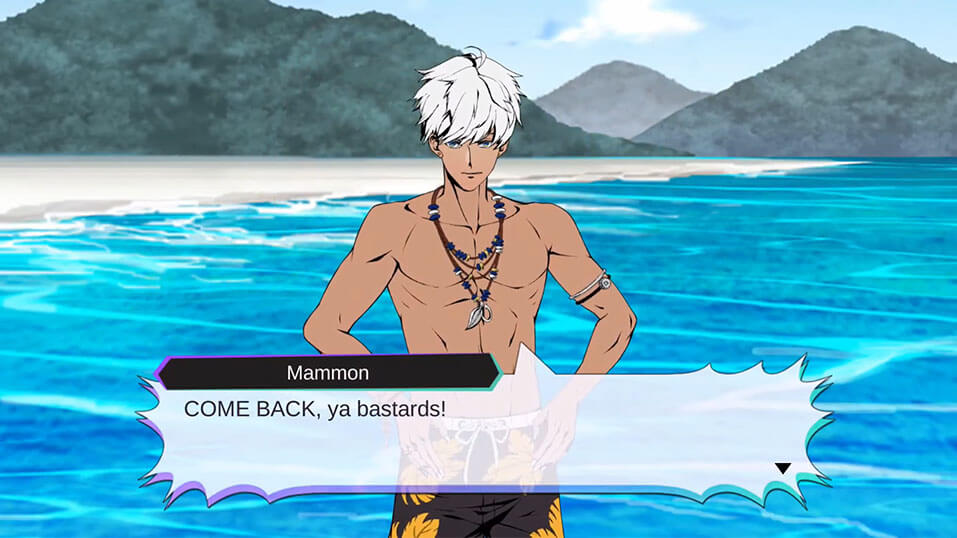 In Japan, the genre is prevalent because otome games, such as Obey Me!, rely on fantasy and creativity while giving the player control over the romantic plot. One of the most popular features in otome games is their intricate stories, which keep gamers engaged – wanting to know what happens next, which can make kids and teens heavily invested in the game's world, which might not be age-appropriate.

Is Obey Me! Safe for Kids? 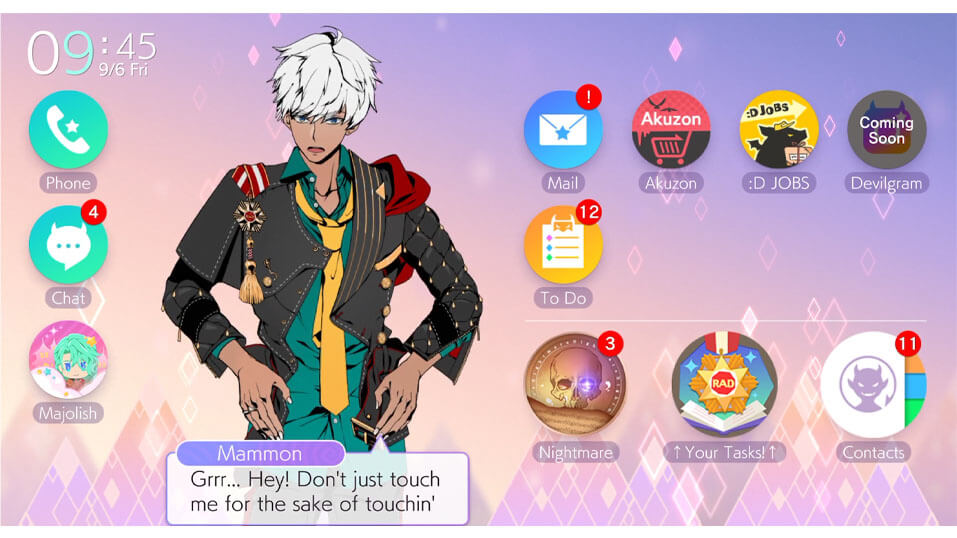 The most notable pro of Obey Me! is that the game's plot is multi-faceted, allowing players to influence it in certain ways, and some themes of mythology are introduced, which may lead users to want to learn more on their own. Secondly, while the game doesn't feature explicit violence or sex, there is some suggestive content.

However, there are several elements in Obey Me! that make it unsuitable for youngsters: the use of occasionally profane language and sexually suggestive themes (for example, players can "whip" the brothers during the gameplay).

Despite this, Obey Me! creators suggest the game is suitable for teenagers. However, Obey Me's service agreement sends out the exact opposite message, which states anyone under-20s requires parental consent to be able to play. 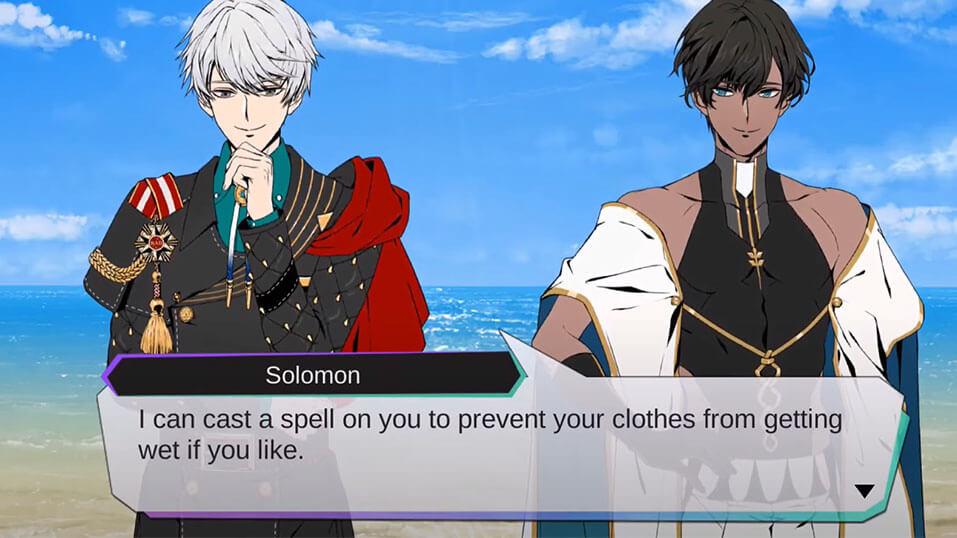 Although the download is free at first, Obey Me! is designed to get users to make in-app purchases by making the game more enjoyable as they acquire more objects and in-game money. As a result, those who are invested in the narrative will have a greater incentive to spend on in-app purchases. Furthermore, the game's narrative is driven by an addictive roleplay plot in which players gradually receive new information and other things to collect for users who play more.

Tips for Parents on Obey Me!

In short, the Obey Me game is inappropriate for children due to its suggestive themes and content. Parents should be aware of the game's rating and approach it with caution. If you believe your kid is emotionally mature enough to play the game, there are two more things to consider: the app's in-app purchases and its addictive qualities.

To avoid any unwanted charges, it's best to set up parental controls on your device so that in-app purchases can't be made without a password. You can also talk to your kids about how much they should spend on games like Obey Me! and agree on what's appropriate.

As for the game's addictive qualities, it's essential to discuss with your kids how much time they should spend playing Obey Me!. Like any form of entertainment, moderation is key. It's also a good idea to ensure that other areas of their lives, like school and extracurricular activities, are not being neglected in favor of the game.

Obey Me! is a game best suited for teens and adults due to its suggestive themes and content. Also, Obey Me! isn't the game for you if you're looking to encourage your kid to spend quality time on their gadget or if you want them to play games that help them develop skills like problem-solving. Plenty of other games can offer those things, such as educational games or logic-based games like Sudoku.

Besides, Obey Me! gameplay is relatively mindless, with no fundamental skills required beyond reading and screen pressing to progress, and romantic elements of the storyline are often not based in reality.

What can Wondershare FamiSafe Do?

FamiSafe is the most reliable and trustable parental control app for Android and iOS devices. It will help you filter out the inappropriate games for your kids and ensure that they stick to age-appropriate content only. FamiSafe can also monitor your kids' screen time usage and set daily limits accordingly. With FamiSafe, you can filter games and apps, set screen time limits, track location, and more. Furthermore, FamiSafe can track your child's usage of other popular social media platforms, such as Facebook, Instagram, and Snapchat.

With FamiSafe, you can:

The following video will show you how to set up Wondershare FamiSafe and start monitoring.

Obey Me! is a game unsuitable for kids due to its suggestive themes and content. if you decide to let your kids play it, set up parental controls to avoid unwanted charges, and talk to them about how much time they should spend playing the game.

Furthermore, the drama's romantic undertones are highly unrealistic, appealing to young adult and juvenile fantasies rather than much more. The plot is almost nonexistent, and the gameplay is essential. A simple tap on the screen is all it takes to progress, with no real skills required beyond that. The game also encourages players to spend money. Overall, we believe Obey Me! is terrible for youngsters under 18.