If you're a fan of otome games, you're in for a treat. In this post, we will discuss 10 popular otome games you can't miss. These are some of the genre's most well-known and highly rated games so that you won't miss out! But before, if you've been living under a rock and know nothing about this genre, let me explain. Otome games are usually story-based visual novels where the player takes on the role of a female character in a historical or present-day setting. The aim is typically to develop a romantic relationship with one of several male characters. Now that we've got that out let's get into our top ten list! 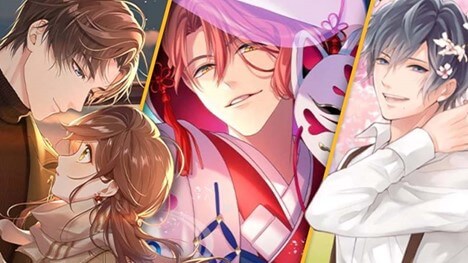 Whether you're a newbie or a seasoned veteran, there's sure to be something on this list that catches your eye. So without further ado, let's get started!

There are many different genres of otome games, each with its unique elements. The most popular genres are:

1. Visual Novels: These are the most common type of otome games. They are story-based games that heavily emphasize character development and dialogue choices. Visual novels, like other games, include a wide variety of genres and themes, but there's a lot of reading.

2. Life/Dating Simulators: As the name suggests, these games simulate real life and dating. They often control your character's schedule and choices, allowing you to choose how to spend your time. The end goal of dating sims games is to fall into a romantic relationship, but the gameplay mechanics vary. Additionally, these games have a lead female player character who chases after her chosen love interests.

3. RPGs: Role-playing games comprise a large portion of the otome game market. In these games, you take on the role of a character and go on adventures, usually involving combat and exploration. Many popular otome games are based on fantasy or historical settings.

4. MC/Heroine: The main character, also known as the heroine, is you, the player. You'll be making choices throughout the game that affect the story's outcome.

5. Love Interests: These are the characters with whom you can develop a romantic relationship. In some games, you can choose who you want to pursue, while your choices are limited in others. The number of love interests in this genre ranges from one to twelve, although the average is five or six.

6. Mobile Game/Mobage: These are otome games you can play on your phone or other mobile devices. They're usually shorter and simpler than games you would play on a console or PC.

7. Ports: These games were originally released in Japan and have been "ported" or translated for an English-speaking audience. While they may not be as polished as original English otome games, they're still worth checking out if you're a fan of the genre.

Now that we've gone over the basics let's get into our top ten list of popular otome games. 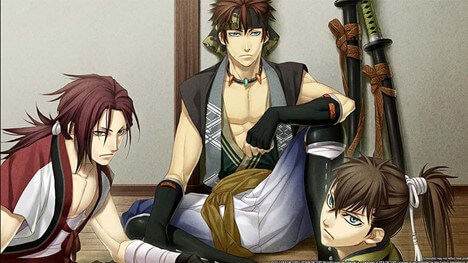 The Hakuoki series received the accolade of being the first prominent Japanese otome game franchise to be translated into English. Hakuoki is extremely popular in Japan: the historical Shinsengumi members have been transformed into attractive males and given some demonic intrigue for action-packed romance.

While numerous versions of the game have been localized into English, we recommend starting with the Hakuoki: Kyoto Winds release for the most content. The updated version includes new characters and improved visuals, making it the definitive edition of Hakuoki. Unfortunately, the story has been divided into two parts, so to get the whole experience, you'll need to play both Kyoto Winds and the sequel, Edo Blossoms. Hakuōki is available for PC, PS Vita, iOS, and Android.

If you're looking for a little bit darker and edgier romance, then Ozmafia!! is the game for you. This otome game follows the story of Fuka, a woman who wakes up one day with no memories of her past. She quickly discovers that she's caught in the middle of a war between two rival gangs and must choose a side. Although some sections of the game will undoubtedly not be suitable for everyone (particularly the brothel and love triangle options), this game's narrative isn't its strong suit. So, if you don't finish all of them, you won't feel like you're missing out. However, with stunning artwork, witty English dialogues, and quirky characters, Ozmafia!! is not one to be missed. Ozmafia!! is available for PC. 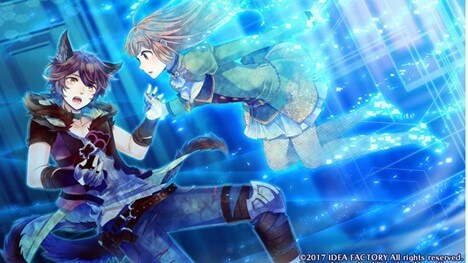 In Period Cube, you play as a young woman who ventures into an MMO with her childhood friend when her brother is rumored to have gone missing inside it when she comes into contact with various gamers as she uncovers the MMO's mysteries. Period Cube is different because of its intriguing excellent love routes, as well as for its fantastic ensemble cast. If you don't know much about the characters, we can tell you will still enjoy this otome game. 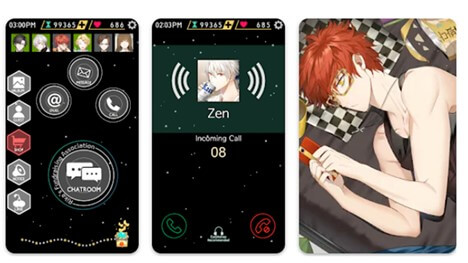 Mystic Messenger may be the most well-known of the games on this list. It's the first iOS/Android otome game produced by Korean firm Cheritz, and it uses a mobile phone platform to replicate a real app where you chat with characters in chat rooms and receive simulated phone calls. This top otome game is the perfect choice for players who want to immerse themselves in a story without worrying about complex gameplay mechanics. Additionally, Mystic Messenger is a graphically stunning experience with an excellent cast of characters, including a female romance option. 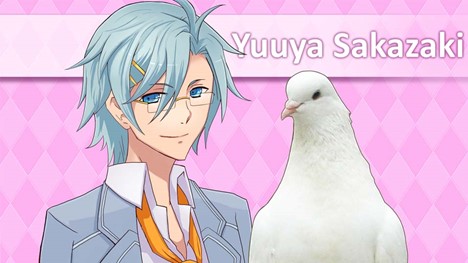 If you're looking for a top otome game with a difference, why not give Hatoful Boyfriend a try? In this unique title, you date pigeons in place of human boys. Yes, that's right - birds! It starts with many tomfooleries, mocking visual novel conventions, but there are hints of something more sinister beneath the surface. Despite the unusual premise, Hatoful Boyfriend is a surprisingly sweet and funny game that will get you hooked from start to finish. Trust us; this is one otome game you don't want to miss! Hatoful Boyfriend is available for PC, Mac, Linux, PS Vita, PS4, iOS, and Android. 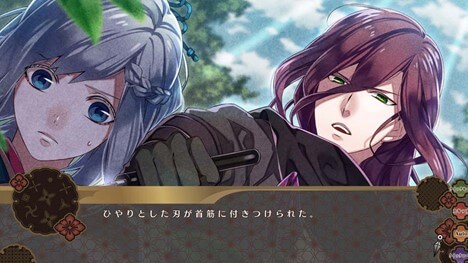 Next on the list is Nightshade. This Otome game has some similarities with Hakuoki. If you like the historical setting of Hakuōki and Shinsengumi, you'll like Nightshade. It's also a visual novel that uses the same style of character sprites and CGs. The story is set in Japan's Meiji period and is centered on two warring ninja clans. The story's main protagonist Enju, the daughter of one of the leaders of the ninja clans, narrates how she's determined to become a real ninja despite her village's opposition. Nightshade is one of those otome games full of suspense, drama, and romance. 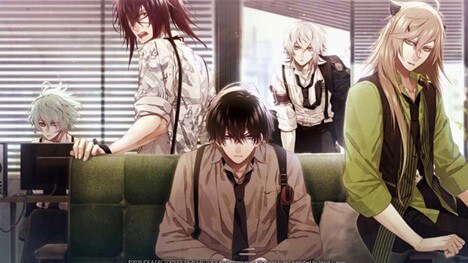 One of the top otome games out there is Collar X Malice. In this game, you play as a young woman Officer Hoshino, who has been caught up in a string of murders in Shinjuku. While on patrol duty in Shinjuku, officer Hoshino gets ambushed and is fitted with a locked collar containing poison about her neck. The suspenseful narrative follows her quest to discover the truth behind the collar and X-Day, as well as the assistance of five former police officers. If you're looking for a top-notch otome game with an intriguing plot and great characters, Collar X Malice is one to check out. 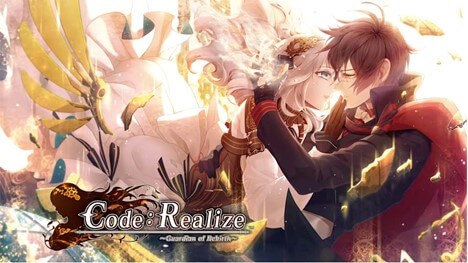 If you're looking for a top-notch otome game with gorgeous illustrations, an immersive plot, and interesting characters, look no further than Code: Realize. This visual novel follows the story of Cardia, a young woman with a deadly poison that melts anything her skin touches. She's living in isolation when she's suddenly caught in the middle of a conspiracy and must team up with famous literary and historical figures to survive. Code: Realize is an otome game that's heavy on both story and romance, making it perfect for fans of the genre. 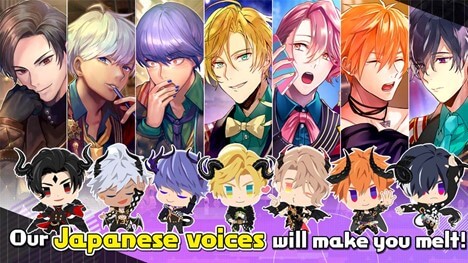 Obey Me! is a popular otome game that takes place in a world where demons and humans coexist. In this game, you play as a human who falls in love with a demon. The Royal Academy of Diavolo is a school in Devildom that accepts human exchange students as part of its exchange program. You'll have to complete various objectives to meet the necessary criteria for the exchange program. But you won't be alone; you'll have seven demonic brothers at your disposal.

This game is perfect for those who want a little bit of everything in their otome games. The game has impressive graphics and an exciting story. If you're looking for an otome game with a unique twist, Obey Me! is the game for you. 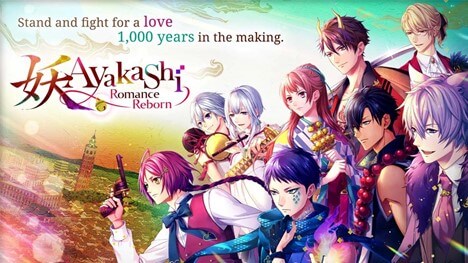 Finally, we have Ayakashi: Romance Reborn, a game in which you can get lost in a tale of mystery and love. The game's plot is set in a made-up city and follows a young girl who forms a team with magical beings to save her father from wraith attacks. The capital, perhaps, may seem unusual, but it's there where your adventure begins. The game is a mix of a visual novel and a card game, making it an interesting and unique experience.

Here are the 10 top Otome games we collect, hope you can find the one that suits you most. However, though Otome games can be a fun and harmless way for users to escape into a new world, it is still a better choice to enjoy your real-life and spend more time playing outdoor games.