What is Far Cry 6 about? Parent Guide 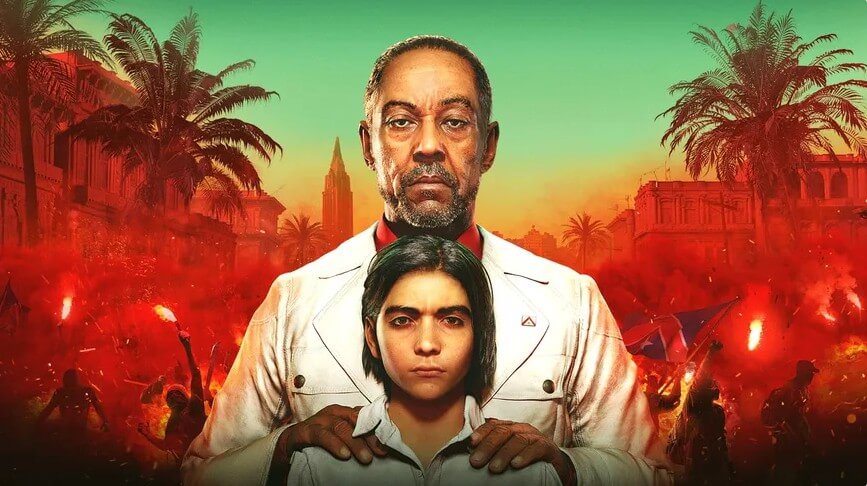 Far Cry, released by Ubisoft, is an action-adventure first-person shooter game that has been praised for its immersive visuals and extensive open world. Far Cry series are also noted for their eclectic cast of characters and cooperative multiplayer elements.

The game series revolves around the protagonist Jason Brody, who is stranded on an island with other survivors after their skydiving trip and hijacked by pirates. The player must use various weapons and tactics to survive and find a way off the island…

Here we will profoundly introduce the latest version of the game series—Far Cry 6. So what is Far Cry 6? You will find the answer in this parent guide.

What is Far Cry 6 About?

Far Cry 6, the latest installment in Ubisoft's Far Cry series, was released worldwide for Microsoft Windows, PlayStation 4, 5, Xbox One, Xbox Series X S, and Amazon Luna in October 2021. The game is set in the fictional Hope County, Montana. It follows the protagonist as they attempt to overthrow a religious cult.

Far Cry 6 received mixed reviews from critics. Some praised the game for its graphics and open-world gameplay, while others criticized it for its story and characters.

Far Cry 6 is where you can spend hours looting different containers and animals for resources. Of course, the usual hoovering up of all the salvage is a must, but there are plenty other ways to get ahead in the game. One way is to focus on hunting and harvesting resources from the animals around you. There are different creatures to take down, each with unique resources that you can use to craft or upgrade your gear.

The developers at Ubisoft desire you to feel emphatic. They've learned about the chaos, the explosions, and the epic, wacky battles. Consequently, as an open-world sandbox, Far Cry 6 is a lot of pleasure. However, an unfortunate side effect of that is that Far Cry 6 has lost a lot of the tension of previous games where the story is involved.

Besides, the game is brutally fierce, with lots of blood and gore throughout. In addition, there are scenes of torture, implementations, brutality against animals, etc.

While it's understandable that Ubisoft tries to create an immersive and gritty world for players to explore, it's essential to be aware of the potential risks associated with these kinds of themes before deciding whether allow your kids to access the game or not. It's also worth noting that Far Cry 6 isn't the only game with these types of issues - they're prevalent in many popular titles across various genres.

As the title suggests, the game enables you to travel and contend as a guerrilla fighter in a war between sympathizers and an evil dictator. Often, there is no age limit for this game. But by ESRB, this is an M-rated game. M stands for Mature, which means it is not suitable for anyone under 17.

But when a kid tries to sign up, there is no strict age limit or verification process. So any kid can play this game without restriction. Parents should be aware of this.

What should parents know about Far Cry 6? 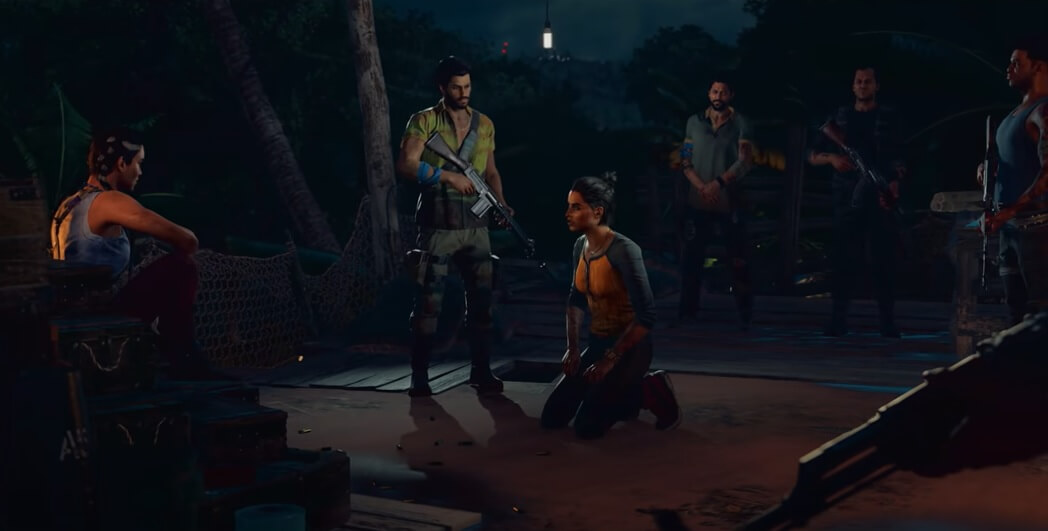 Inappropriate content is the name of the game in Far Cry 6. The game is packed with content that is unsuitable for most audiences from start to finish. The sexual content, in particular, is extremely graphic, with players able to engage in explicit activities with a range of partners. Though Ubisoft may blur out the graphics if the account was not signed up as 18 years old, kids still can use false identities to bypass the restriction.

There's also plenty of violence on display, as players are free to murder anyone who gets in their way brutally. And then there's the rap music, frequently used as an accompaniment to the violent scenes in the game. In short, Inappropriate Content is Far Cry 6's defining characteristic, and it is too much for kids.

Kids can play the game with anyone online. Though video games are often a solitary activity, many games, including the famous "Far Cry 6," allow players to interact with others online. While this feature can add an extra level of excitement and challenge to gaming, it also poses safety concerns for children.

One worry is that kids might share too much personal information with strangers they encounter in online games. And there is a risk that kids could be targeted by predators who use gaming environments as a way to groom them for future abuse. 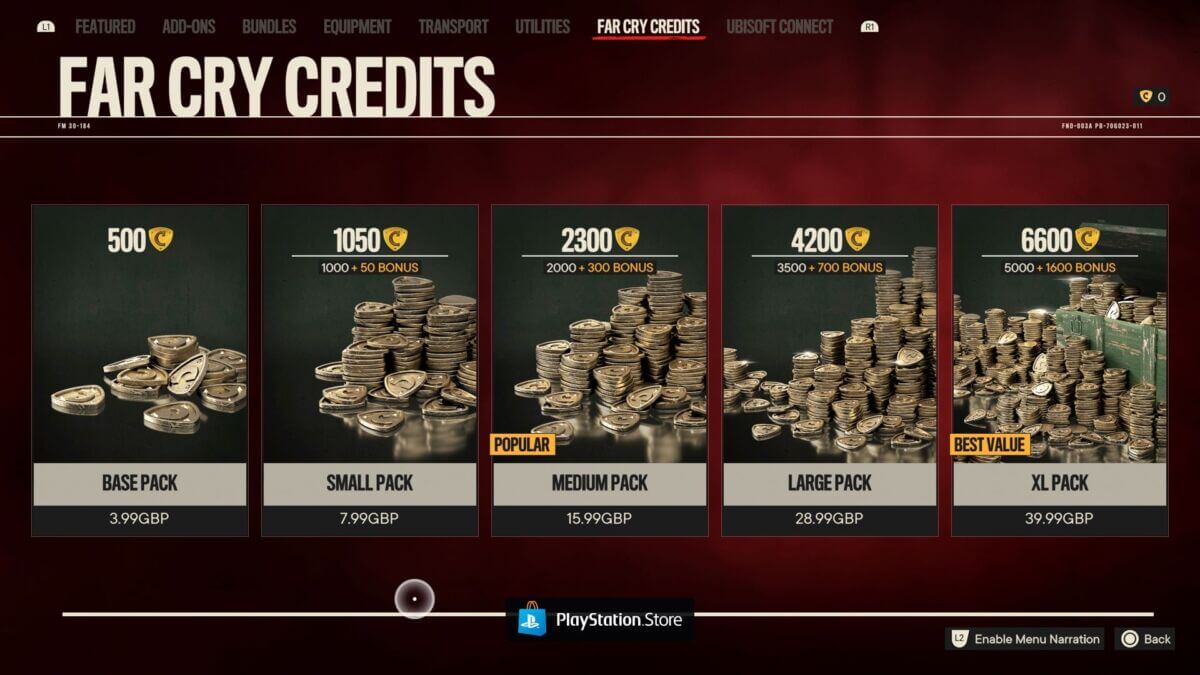 The game also offers a lot of packages of season passes. Kids may need to buy these packages to get extra benefits. The edition with the season pass gives players access to all future DLC content for the game.

How to Relieve Parents' Concerns Over Far Cry 6?

Concerns over video games like Far Cry 6 are valid. They can be highly addictive and potentially damaging to young minds. However, there are ways for parents to relieve their concerns and allow their children to enjoy these games without endangering their development.

As parents, you need to be aware of the games your kids are enjoying and be involved in their gaming experience. There are many resources available to help you understand video games and how to play them safely.

It is easy to find a game like Far Cry 6 on the network. So restricting kids from accessing Far Cry 6 is not the end of the issue. The best way to ensure kids' online safety is to use parental control app, like Wondershare FamiSafe, to monitor their activities on the device.

Thus, parents don't need to worry that kids may access Far Cry 6 when it is school or bedtime.

Watch the following video to see how to limit kids screen time on computer:

Here are the specific steps to install Wondershare FamiSafe and how to use it to monitor your kids' device:

Step 1. Install FamiSafe on both your kids and your devices. But the app you should install on your kids' device is FamiSafe Jr.

Step 2.After that, launch FamiSafe on your device and sign up.

Step 3.Follow the instruction to add your kid's device and check the Pairing Code.

Step 4.Launch FamiSafe Jr. on your kids' device, and fill in the code you received to complete the process.

Step 5.Follow the instruction to grant permissions to FamiSafe.

Step 6.Now you are ready to monitor kids' devices. All the options listed on the navigation bar can help you restrict your kids' activity on their device.

Step 7.Some of the features that Wondershare FamiSafe offers:

Far Cry 6 is rated M for mature by ESRB, it is not suitable for young kids under 17 years old. However, children can bypass the age restriction easily. And Far Cry 6 is not the only “not-for-kids” game that your children are accessing. Parents need to take action to ensure your kids online safety.