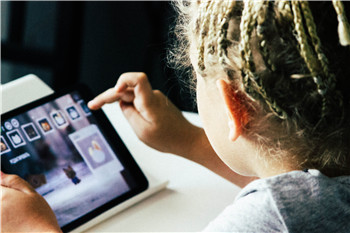 How often do you find your children playing on their iPad or iPhone? According to the national averages, this can vary between the four to seven-hour mark, which is way more than most parents realize.

This excessive usage of screen time and the fact that children have access to a range of dangerous and potentially harmful content while they’re online has started to cause notable damage to the physical and mental health of our children.

As a parent, it’s so important to take responsibility for your child’s well-being and take control of their screen time, which is why you need to be aware of the parental control solutions that are available to you. In this article, we will discuss how to set an iPhone screen time limit on your kid's device.

Why Screen Time Limit is Needed?

As we mentioned above, there are certain problems that come with excessively using an iPhone or iPad, especially with children. The first is the content they’re accessing. The internet is full of sites that promote gambling, pornography, and violent material.

This form of content can have a negative effect on your child’s wellbeing, and some studies even suggest that this can cause mental health problems for the rest of their lives since children can be so young.

If your child uses social media, it’s nearly impossible to tell who they’re speaking to, whether that’s their friends or online strangers with malicious intent. There’s also the risk of cyber-bullying and social media addiction, both of which are renowned for causing anxiety and depression.

What’s more, the physical dangers of excessive technology use may be just as bad. Due to physical inactivity, mainly caused by the rise of technology, childhood obesity is rapidly increasing around the world, all of which have knock-on effects in later life.

With all these factors in mind, it’s easy to see why iOS parental controls time limit screen time should be limited for children using their iPads and iPhones on a daily basis.

How To Set A Screen Time Limit On Kid's iPhone Or iPad?

To set a screen time limit on your kid's iPhone, you can either choose the official Screen Time or third party apps. Let's started with the official solution first.

How To Set A Screen Time Limit On Kid's iPhone Or iPad using Screen Time?

Comes with the release of iOS 12 on September 17, 2018, Screen Time is a feature developed to help limit phone usage, reduce screen time. After its release, Screen Time has been through several updates and it now supports several features like Down Time, Apps Limit, Content & Privacy restriction.

It is easy to set up the Screen Time, Here’s how to set it up and use it to manage your kids' device. 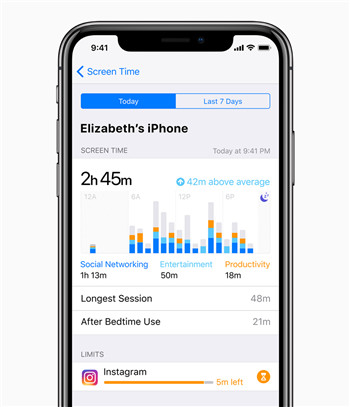 After you set up your kid's device, you can check the activity report and choose the app you would like to block. Once the rules are set up, the system will automatically block the apps when the limit is reached. You can allow certain apps to be available as you require. 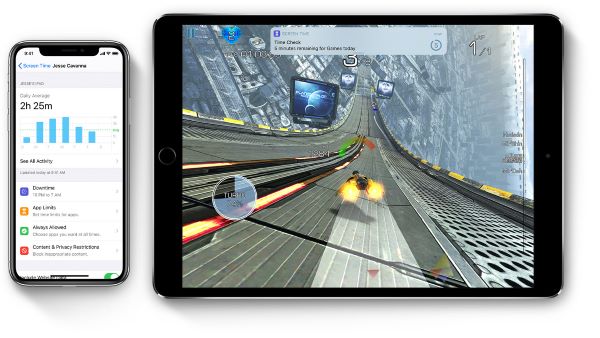 Apart from the native Screen Time, there are many third-party apps out there that can help you, monitor, track, and limit your child’s screen time. However, one iOS parental control application stands above them all.

FamiSafe is one of the most recent apps to come to the iOS parental control market and is easily one of the most powerful and complete solutions available. The app has been designed to be effortless to use so any parent can pick it up and instantly use it.

It has all the features you could ever need to benefit from the greatest control experience, far more than the majority of other apps. Here’s a breakdown of what you can expect;

With FamiSafe, you’ll be able to see exactly where your child is at all times in real-time. This means you can ensure their safety, and make sure they are where they say they are. You’ll also have access to the geofencing feature that allows you to set up safe zones that will notify you if your child breaches the boundaries.

With this feature, you can also block access to the apps by age-rating. The icons of the blocked-apps will disappear from the home and reappear after you unblock them.

Screen Time feature will allow you to set a time limit or block the screen on one tap. You can also set up usage schedules which means the device will be unusable during the hours you set. This iOS parental control time limit feature is ideal for bedtime, study time, and being at school.

Unlike most other parental control apps, you won’t need access to your child’s phone when you need to make settings change. Instead, you can simply install the app on your own device and make the changes there, applying them from no matter where you are in the world. 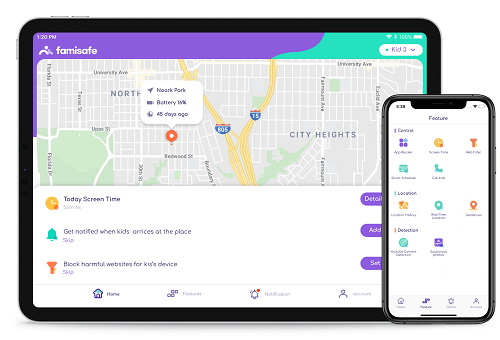 Let’s say you’ve installed FamiSafe on both you and your child’s phone or tablet and you want to set up an iOS parental controls time limit restriction where the device can’t be used, say your child is studying or spending time with the family. Here’s how easy it is to do that;

From the main menu of FamiSafe, tap the Screen Time option.

On the next page, tap the ‘Set Screen Time Limit’ option. You can also choose to lock the device there and then using the ‘Lock Device’ button. 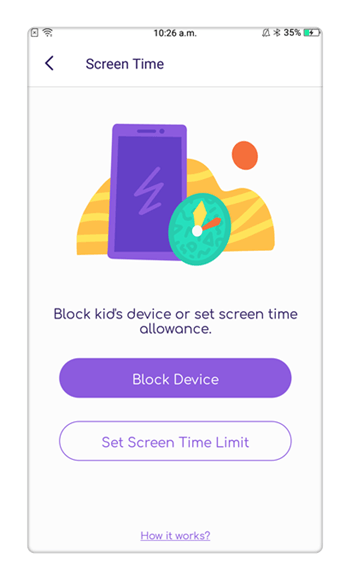 On the Screen Time page, you’ll be able to choose the length of time that you want to block access to the app. You can do this in hours and minutes at whatever duration you deem necessary. 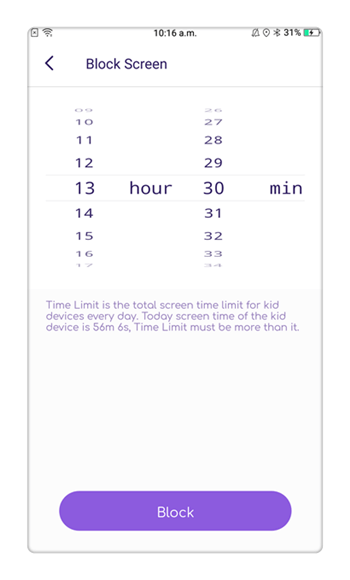 Once applied, you’ll receive a countdown timer that shows how long the Screen Time Limit has, and what apps are blocked. 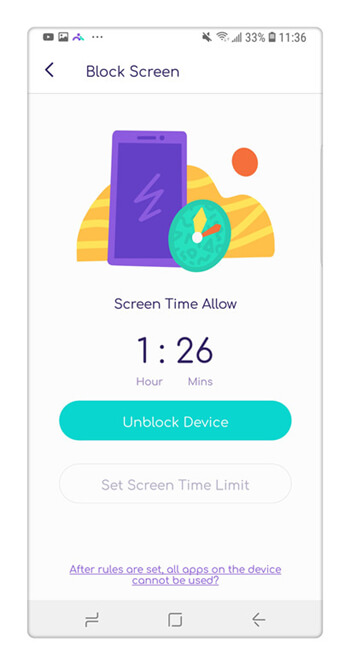 When it comes to restricting screen time on your child’s iOS device, there are many options that are available to you. While Apple’s Screen Time looks promising, if you’re looking for a more feature-rich solution that’s available now, FamiSafe is for you.

The app is available on both iOS, Android, and Kindle Fire devices and comes with a free trial period, so you can see for yourself just how ideal this software is.