How Kids Get Addicted to Fortnite

How Kids Get Addicted to Fortnite

Why Is Fortnite Addictive?

Millions are playing it, tens of thousands are streaming it, and your kid may just be hooked to it. Fortnite has definitely changed the landscape of video games with its immense popularity. It's safe to say that Fortnite is now a part of modern culture.

Like with other video games, this is the question on every parent's mind - is Fortnite addictive? To answer this question, let's find out more about the game. 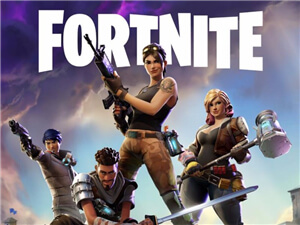 Fortnite is an online multiplayer shooting game. The game is rated for players aged 12 years and above. However, that doesn't mean kids younger than that aren't playing the game. In fact, Fortnite is a viral sensation amongst kids and teenagers these days.

And why shouldn't it be? It's colorful, it's fun, and you get to play with your friends too. But at the end of the day, it is a shooting game and one with a zombie mode as well. So despite its friendly look, the game is essentially about shooting other people.

Why Is Fortnite Addictive?

Given the immense popularity of the game and its fun gameplay, many parents are getting increasingly worried about their kids getting addicted to Fortnite. Some health experts have gone as far as to say that Fortnite is as addictive as heroin.

Video games tend to activate the visual-motor system of our brains. In addition to that, Fortnite also activates other areas of the brain because players are constantly aiming, strategizing, and building to gain the edge.

Games like Candy Crush and Fortnite have the formula to get you hooked - when you lose, you lose by a little, but when you win, you win by a lot. So basically, the losses don't feel significant, but when you win, it's considered a very big deal.

Another thing to note about Fortnite is that the game is constantly changing, so the possibility of your kid getting "bored" or "tired" of the game are quite slim. The reward system of the game is what gets people hooked to it hours upon hours.

It's simple - when we accomplish something, we feel great. So in Fortnite, when you win the Battle Royale or unlock an achievement, you have a sense of accomplishment that eventually becomes an addiction. Kids who are addicted to Fortnite feel this rush every time they play the game. The same rush that drives people to do drugs - the false perception that their addiction is the key to their survival.

How Kids Become Addicted to Fortnite? 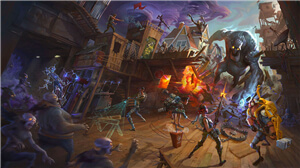 As with other forms of addictions, kids addicted to Fortnite may go through these phases as well:

Emotional Trigger - Friends playing Fornite, fear of missing out as every other kid is talking about the game, and lack of socializing or physical activity may drive your child toward it. Trouble at home or in school may cause children to dissociate with the real world and find comfort in Fortnite.

Craving - The urge to play the game, despite the situation they are in. Your kid could be ignoring family time because all he or she can think about is getting online and playing Fortnite. Cravings can occur at any time, so they may be on Fortnite way passed their bedtime.

Ritual - Eventually, addiction becomes a way of life. At this stage, all your kid thinks about is when they're going to play Fortnite. And while they're playing it, there is nothing in the world that matters to them. It's almost like they have started to believe that they have to play the game in order to survive.

Guilt - This is where the problem lies. Because they are kids, and they're not doing drugs, they don't have a sense of remorse or guilt. They basically don't know or care about the repercussions of their addiction. A person who does not feel guilty is a person who feels they are doing what is right. 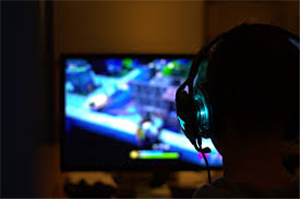 New evidence suggests that games like Fornite can develop addictive traits in children and may also desensitize them from violence. After all, the goal of the game is to shoot other people, regardless of the cartoonish theme. Children who spend more time playing games than in real life may never develop the skills to communicate with other people in a normal manner.

Many parents are voicing their concerns as their kids get addicted to Fortnite:

Regardless if there is no blood, the player is still going around shooting zombies and people (battle royale). Also, all the female characters are over-sexualized with big boobs, small waist, big butt, and small clothes. I can't believe how many people think just b/c there is no blood it's appropriate. They are being dropped out of helicopters and going into a building and shooting up the place. How is that OK?!

So sick of game creators creating these addictive games that are designed to keep our kids playing forever. Added to the negativity are in-game outrageously expensive purchases and over-sexualized women. Some parents praise the lack of blood- but guess what?! If you shoot somebody, there will be blood. I've let my kids have this but regret it as this us at the moment the number one game that turns my kids into mindless zombies... I am saying no- no more mindless brain damage. Go outside!

The goal of this game is killing people

For parents who are wondering about this game, I suggest watching one of the gameplay videos posted on Youtube. Yes, the visuals are cartoonish. But I fail to understand why cartoonish drawing makes a game OK when its whole point is to shoot and kill people. Would it be OK if cartoonish figures raped and tortured people, too? In my view, there is no age at which this game is appropriate. It is also likely to serve as a gateway game for even more violent shooter games.

How to Help Your Child to Get Rid of Fortnite?

Now that you know the answer to why Fortnite is addictive, it's time to take the necessary steps to ensure your child is able to stay away from the game:

An intervention is necessary. Talking to your child, not talking them down, can make a world of difference. Tell them about the real dangers of the game and guide them on how they can make better use of their time online. Show tough love where necessary because taking an action today can very well save their future!

More often than not, lack of activities or parental involvement at home drives kids to spend their time online. Have some indoor and outdoor activities planned to ensure your kids get to spend quality family time. We all have busy lives and hectic schedules, but there is always room for family time if you are serious about the wellbeing of your children.

Neither adults nor kids are meant to spend all their time on mobiles, consoles, and computers. Set a dedicated time during which your kid can play on their console. You can use parental control features on Windows and Apple devices to ensure your kids are only allowed access at certain times. For mobile devices, you can use apps like FamiSafe to block Fortnite on their mobile devices. If you don't want to do that, you can monitor how much time they are spending on the game.

Fortnite addiction is real. Kids can get addicted to Fortnite. The last thing you want is your kid failing exams, missing school, and losing sleep because of a video game. Take the future of your kids in your own hands. Make the right choice of keeping them safe from video games that do little for their growth and development. Your kid may not like you now, but down the road, he or she will appreciate the initiative you took