The social media scene doesn't seem to be as it was before. Remember Facebook? Back then, it seemed like everyone was on it, sharing photos and articles and connecting with friends. There were no stories in the newsfeed and no advertising attempting to sell you anything. Now everyone on social media is using filters to share the "perfect" photo and creating unrealistic versions of their lives to get more likes, shares, and comments. And don't even get me started on the sponsored posts and ads everywhere you look. 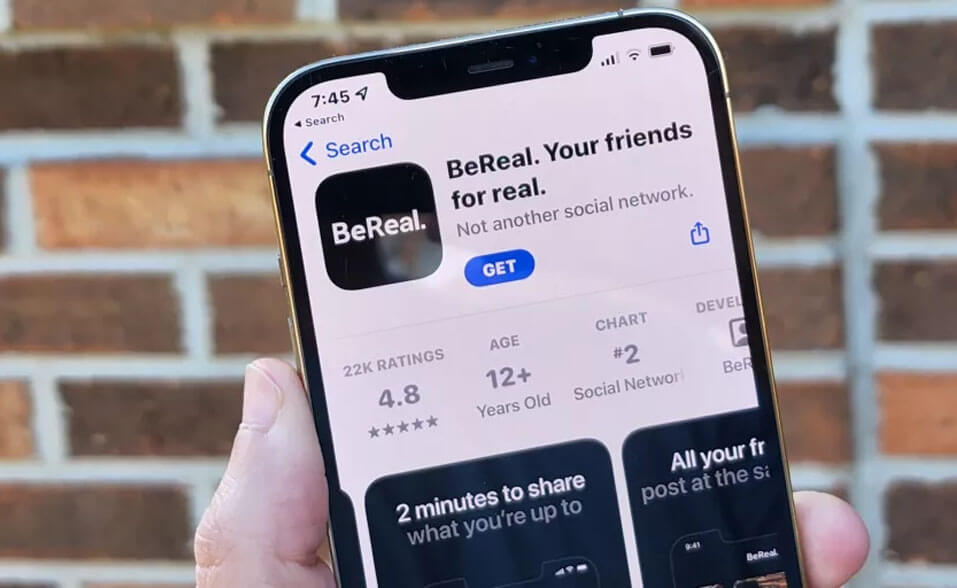 It's easy to get caught up in comparing your life to the highlight reel everyone shares. Still, it's important to remember that social media does not accurately represent reality. Just because someone appears to have a perfect life doesn't mean they do. In addition, it has been well-documented that such activities in social media have led to mental health problems such as anxiety and depression.

The BeReal app is a new social media app attempting to change how we use social media by being more transparent and authentic. The app allows users only to share photos and experiences that are genuine and unedited. There are no filters, no fake news stories, and no ads. It's a refreshing change from the other social media apps that are currently available, and it's something that we could all benefit from using. But how does BeReal work, and is BeReal safe for kids?

What Is BeReal App?

BeReal is a photo-sharing social media app that differs from others on the market in several ways. The app was released in 2019 by French app designer Alexis Barreyat. BeReal is the opposite of apps like Instagram and Facebook, focusing on authenticity and reality rather than perfection. The app allows users to share photos and experiences without filters, editing, or other ways that people typically make their lives look more perfect than they are. BeReal also doesn't allow users to share fake news stories or ads.

The app is designed for people of all ages, but it's especially beneficial for kids and teens growing up in an era where social media is a big part of their lives. BeReal can help them develop a more realistic view of the world and themselves. It can also help to prevent mental health problems caused by comparing their lives to the unrealistic perfection often seen on social media. 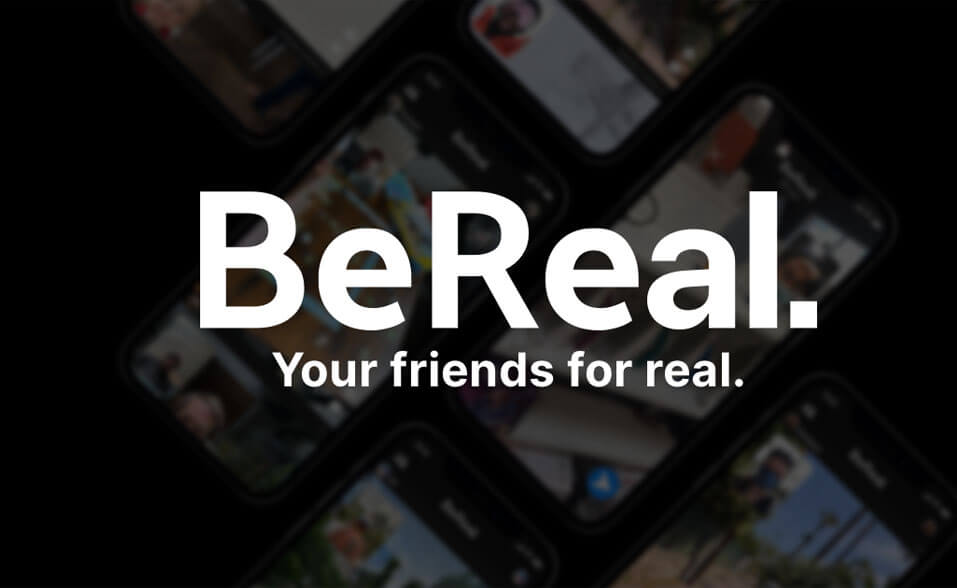 How Does BeReal Work?

As mentioned earlier, BeReal works differently than other social media apps because it focuses on authenticity and reality. BeReal doesn't allow highly curated content or any content that has been edited or filtered in any way, which means that users can't share photos that have been taken with a professional camera and then edited to make them look perfect. There are no filters in BeReal.

Users have a two-minute window to take pictures. The time limit keeps changing, giving the impression of spontaneity while preventing users from staging photographs. The same two-minute period is available to everyone in the exact geographical location. The app takes a snap that is both forward and selfies facing, allowing other users to see a genuine real-time perspective of what the creator is experiencing.

Users may retake their photo once and post it up to two hours later if they don't like it. However, the app will label the new snapshot as delayed so that others know it was a do-over. In addition, to prevent lurkers from seeing uploaded images, only people in a user's friend list who have posted a picture can see what has been recently shared. 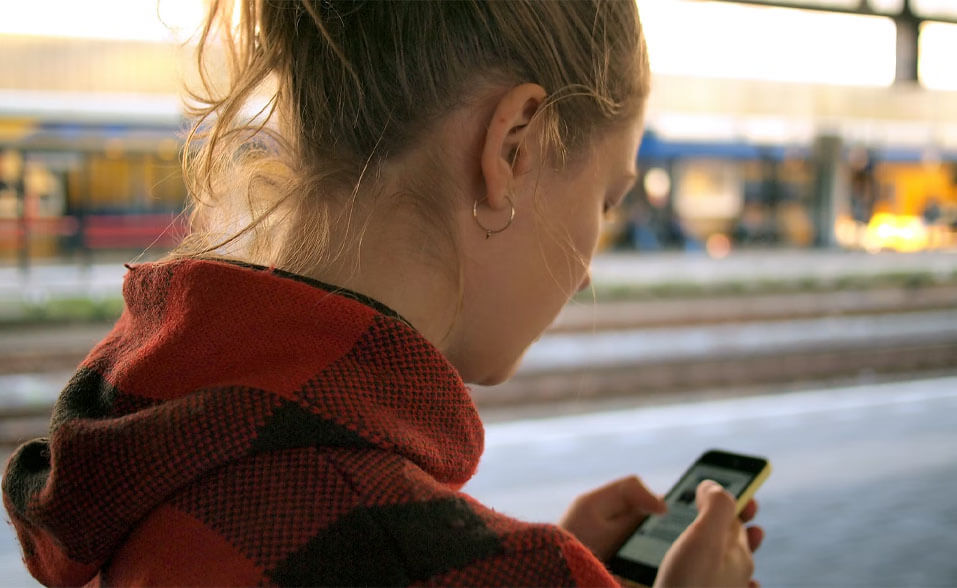 BeReal notifications can come at any time. For kids and teens, this could be taking a snapshot in class, at a friend's house, or during a family dinner. No matter where they are or what they're doing, their friends can see what they're up to in real-time, which gives kids a sense of connection to their friends that other social media apps don't provide.

Another thing that kids like about BeReal is that it's a more positive social media environment. Because BeReal doesn't allow users to share edited or filtered photos, there's less opportunity for kids to compare themselves to others and feel bad about their lives. BeReal also doesn't allow fake news stories or ads so kids won't be bombarded with negativity like other social media apps.

Another thing that kids like about BeReal is that it's a safe place to share photos and experiences without worrying about being judged. BeReal is a judgment-free zone where people are more interested in seeing the real you, not the fake version you might share on other social media apps. That's what BeReal is all about - capturing normal daily life. 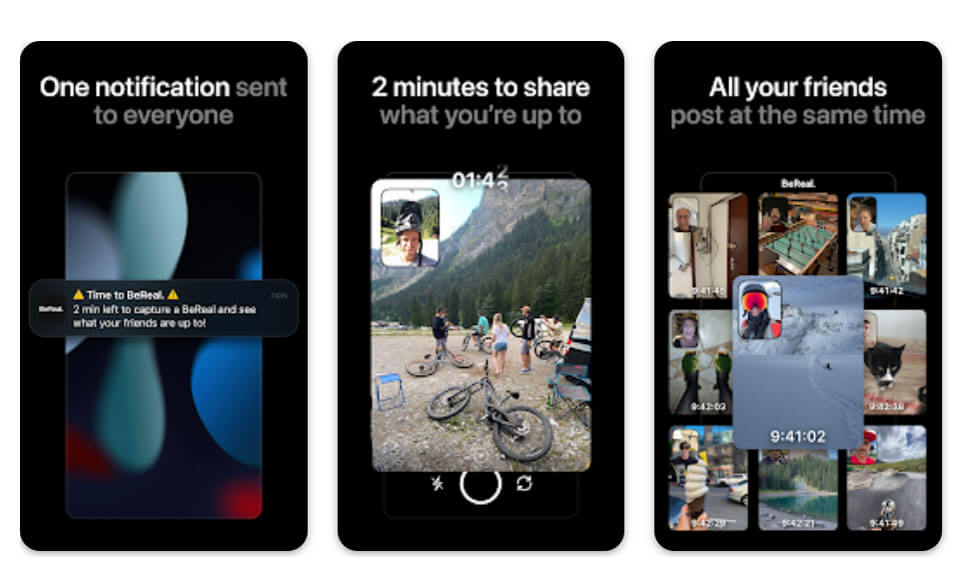 Is BeReal App Safe for Kids?

Because BeReal is a new app, there isn't a lot of data about its safety yet. However, the app has some safety features that could make it safer for kids than other social media apps. For example, as mentioned earlier, only people in a user's friend list who have posted a picture can see what has been recently shared, which means that kids won't be bombarded with messages from strangers.

Another safety feature of BeReal is that it doesn't allow users to share fake news stories or ads. This could help prevent kids from being exposed to inappropriate content or scams.

In addition, BeReal has less trolling, bullying, and negativity than other social media apps because it's a more positive environment. For example, BeReal doesn't allow users to share edited or filtered photos. Because of this, kids have less opportunity to compare themselves to others and feel bad about their own lives. In addition, you can't even look at other people's posts until you've published your own, and lurking in the dark isn't an option.

From a mental health standpoint, the BeReal app is less problematic because it does not enable people to profit from popularity by likes, shares, or comments. The app is also less likely to cause anxiety because users can't see how many likes their photo got or who liked it.

While the typical red flags on other social media may be downplayed in BeReal, there are still a variety of dangers for users, particularly for younger kids. Take data collection, for example. Users could be more vulnerable to social media data collection if they use social media apps like Facebook or Instagram. BeReal's privacy policy does not sell or share information with third parties. However, this might change if it becomes increasingly popular and is acquired by another firm with different policies.

Tips for Parents on BeReal App

Children must understand the dangers of posting online, as with any social media platform. So if your child wants to download and use BeReal, be sure to consider these security measures before creating a profile:

As the BeReal app becomes more popular, parents need to be aware of the potential dangers of any social media platform. In addition to the above safety tips, parents can also take advantage of parental control apps like FamiSafe.

FamiSafe is a comprehensive parental control solution that lets you manage and monitor your kid's online activity, including their BeReal activity. With FamiSafe, you can see what your kids post on BeReal, who they're following, and more. You can also set screen time limits and block certain apps and websites remotely. Furthermore, FamiSafe can also be used to monitor your kid's activity on other popular social media platforms, like Facebook, Instagram, and Snapchat.

With FamiSafe, you can:

The below video will show you how to limit kids' screen time with Wondershare FamiSafe.

Although it remains to be seen whether BeReal is here to stay, in general, we would consider it comparable to any other social media platform, especially regarding children. BeReal is much safer than other social media platforms and doesn't have the toxic environment that some of them do. When it comes to kids and social media, the most important thing for parents to do is educate themselves and their kids about online safety.

Even if BeReal is a fad, social media isn't going away anytime soon. However, by being informed and talking to your kids about the potential dangers of social media, you can help them use BeReal and any other social media platform safely and responsibly. This way, your kid can focus on the positive features of social media rather than just the negatives.