Introduction: What is Meetme app?

What’s this new kid on the block that everyone is talking about? Just as its name suggests, the Meetme app review is meant to do exactly that. It lets you meet new people! As compared to other social networking sites that focus on reaching out to both the old and new friends, Meetme has a distinctive nature; it focuses on helping you build new friendships.

Once a user creates an account, the next step is to set up their profile via an email address or a Facebook account. This then opens a leeway to glance through a list of information of users who live nearby.

There are many reasons why kids are drawn to this app.

Meetme chat app helps them to meet new members in nearby locations. The app automatically matches users by location. So, it’s easy for kids to find those who are nearby and are on the app.

This app helps them keep in touch and so they can exchange photos and messages privately.

Kids are glued to technology and they are out to know more than their brains can carry. This platform gives them to ask questions via the “AskMe” feature.

Kids find the app interesting and interactive. It has onboard games that help users meet people with the same interests. So as much as they are meeting new friends, the games help in finding those that have their interests at heart.

Meetme chat app runs on virtual currency. It gives two options for gaining some bucks. You either purchase the currency or complete some given actions on the app. Kids use what they earn to build individual profiles. This action may propel them to increase usage frequency and earn more currency.

Kids like to participate in things with low restrictions. There are no stern measures when it comes to gaining entry to this app. It allows almost anyone with an email address to join, making it an easy-go for kids.

Is the Meetme app Safe for Kids?

The sole purpose of the Meetme chat app speaks for itself. And many parents are concerned about the intention of meeting new friends who are majorly strangers. As a result, kids are exposed to various dangers as bellow;

Everything that your kid posts is quickly availed to total strangers. And since the app encourages users to be open and share in-depth details, anyone can use that information against your kid.

Sex predators find this app a harbour for any kind of material including pornographies. And since these kids communicate with strangers, people with ill motives can take advantage of the innocence of some users. 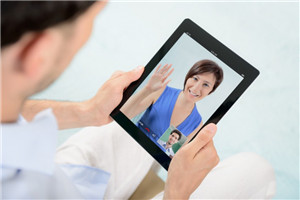 Too much usage of the internet brings obsession to some users. Some parents may attempt to withdraw privileges like the usage of phones. Addicted kids may be stressed or depressed at some point if such services are withdrawn from them. 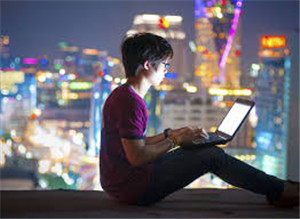 Several Meetme app reviews bring out bullying cases so clearly. Most of the newly found friends may be out to bully their fellows. Such behaviors may impact negative results to a child. 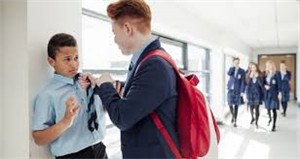 A child may lose focus on his educational obligations. The endpoint may be a drop in his school grades or a lack of concentration. And since kids occasionally come across suggestive imagery on such sites, it may take lots of time to bring them back to their normal lives. 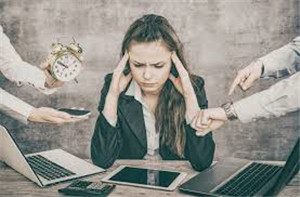 Real 3 short negative reviews from the Internet about the dangers of the Meetme app.

According to ‘commonsensemedia.org’, many parents have shown concern over the use of the Meetme chat app.

Case 1. A parent admitted that she found out her 15-year-old was using the app to meet girls. This parent believes that this app is all about hook-ups. One particular girl keeps on sending topless photos.

Case 2. A parent says that the site is comprised of horrible people and drug addicts. “I really hope that someone sues the creators”. These were written by a parent who sees the site as a horrible dating site that’s full of sex offenders.

Case 3. “Don’t let your child use this app”. Those were words from another parent who claimed she had just deleted the app from her teen’s phone because so many men are trying to contact her. One of the texts read “sex would be good right now”. This shows how hard it is to monitor the kinds of messages being communicated to your kid.

What age is Meetme app for and can kids by-passage restriction?

Meetme app review states that it’s designed for users from ages 17 years and above. Even though this is the case, no profile information is verified when signing up.

Kids can by-passage restriction because there is no verification at the initial stage. All that is needed is an email address. Furthermore, predators can pose as teens but end up luring these teens into other ill-mannered behaviors like drug trafficking and prostitution.

The Huffington Post recently reported that the Meetme chat app was among the 6 adult dating apps that teens are engaged in. These facts could be largely contributed to the private messaging feature that may also lead to brain-washing and luring.

How to make sure your child is safe in the Meetme app?

It’s that time when you need to take the bull by the horn as a parent. Given the dangers of online chatting and app usage, many parents are out and about, ensuring safety upon their children. These solutions may come in handy when you most need them.

#1. Educate them on the dangers of meeting strangers

A good talk with your child may help save them from people with ill motives. Tell them of the hidden dangers like cyberbullying and drug abuse that strangers may introduce to them.

Exposure of their personal information like bank credit card details may result in swindling of their cash. Take control by changing settings on their phones to prevent them from making purchases without your permission.

Most of the concerns of parents from Meetme app reviews from other sites show a great concern on the kids’ safety only. And since parents can’t keep a close watch on what their kids do 24/7, they can engage other strict mechanisms like using parental control apps.

This is one of the most reliable apps that you can use to help your child stay safe online. Its major duty is to lighten the burdens that parents are faced with in controlling their kids’ digital habits. Among its features are web content filter, screen time limit, explicit content detection, cyberbullying prevention, among others. 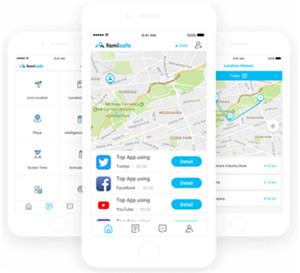 Furthermore, FamiSafe is easy to start with only 3 steps. Register for a membership account and then install the app both on your kid’s phone and your phone. Once successful, connect and monitor your child’s phone from your end.

FamiSafe is up to the task of deterring potential risks of cyberbullying and other online related assaults. It enables parents to get instant and automatic alerts in case your child faces a potential risk from their messages and inappropriate online content. 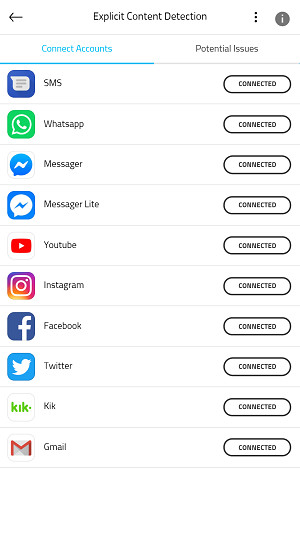 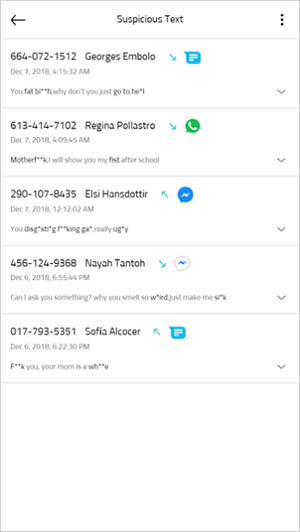 You can use this app to block unwanted sites or apps. It lets you monitor what your kid does with their phone and which kind of people they communicate with. To avert further harm, simply block all the apps that you deem unfit for your child. 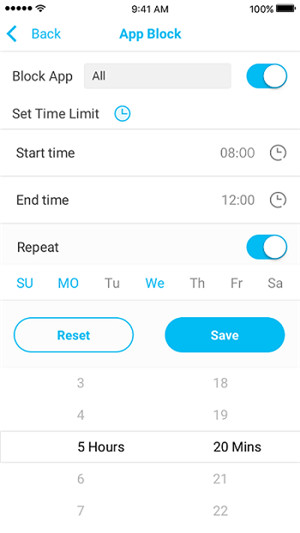 FamiSafe is smart enough to track your child’s whereabouts. It lets you view your child’s history location and ensure they are in safe regions. Once you set the Geo-fences to safe zones, you instantly get alerts in case your child goes beyond the set places. 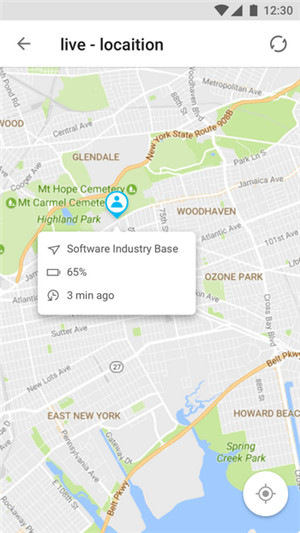 Be in control of your child’s playtime, study and sleep time. You can set screen time limits to control how they use their phones. Through this, you’ll know if your child is at school at the right time and whether they take too much time playing games on their phones or not. This feature is here to give you all the peace of mind you need. 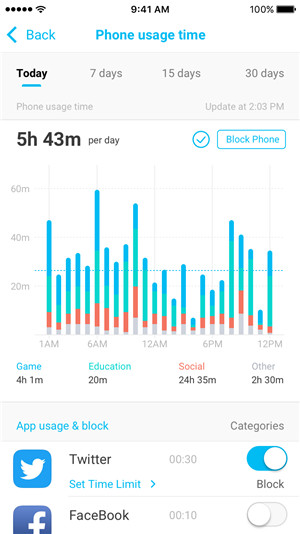 Even in the mix of finding new friends, some risks are brought about by some apps like the Meetme chat app. And since it’s not easy to monitor your kid’s online activities at all times, engaging a parental control app like FamiSafe could be your front choice. Above all, parents should try to win their child’s trust. This is the starting point in them confiding in you whenever they are faced with any challenges.