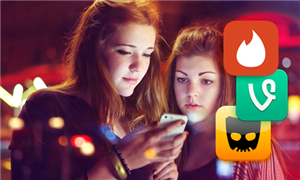 Teenagers nowadays are smart, and they are not using their smartphones to shares or download notes from different friends only. In fact, they use their mobile phones to log into dating apps as well. Now, dating apps are developed for people who are 18 and above and are not targeted to teenagers below 18, but since anybody can enter wrong details on dating apps, even teenagers can do the same.

If you are still unsure about teen dating apps, then let this article throw some light on the pros and cons of such apps. So, there are a plethora of dating apps available in the market, and few of them even encourage teens to join in. Now, because teens are free to join such apps, it becomes easier for them to talk to strangers. Many claim that there are safe dating apps, but the truth is anyone can join these dating apps in disguise. And that's something to worry about.

How old can kids use teen dating apps?

There are many and by many we mean a lot of teen hookup apps, available online both for iPhone and Android users. Now, some dating apps allow teens of as little as 13 years of age to join in, and they give them free sign up opportunities as well. These apps then show people of similar age, who will be a good match for the kids. However, many apps allow people who are 18 or above to join their dating apps. Now, because we never know who has joined in and whether the person your child is talking to is safe or not, it becomes quite bothersome for the parents to even think about teen dating apps.

If you are someone who thinks that the best teen dating apps are nothing to worry about, then it is time to change your perception. Of course, dating apps are useful, but everything has an appropriate age. These apps help people to find a romantic partner and some lucky ones even find their soulmates on these dating apps. But the ones we are talking about are all mature adults. And adults using a dating app still makes sense.

Teen dating apps are easy to manipulate, and one thing which is pretty prevalent on these sites is that they are open to lying. Literally, anybody or anyone can join by lying about their age. The ones who verify your age are all theoretical, and the dot believes whatever details you fill in. All you got to do to verify your age is to enter your birthday. This means, even your child might have already joined a teen dating app by lying about their age.

Take Tinder as an example; they actually allow teenagers as little as 13 years of age to join in. A dating app for thirteen years old? He or she won't even have had enough life experience yet.

You are free to decide whether you would want to see your kid on an online dating site, but before allowing them to join in, you must evaluate the pros and cons of a dating app. Hopefully, once we discuss the advantages and disadvantages, you will be able to understand who dangerous teen dating apps are.

Here we prepared another guide for preventing teens from online dating scams. Click to get the details.

Which dating apps are unsafe for teens?

As we have said earlier, teen dating apps are not safe for teens, but we have figured out the three worst dating apps that your kid might be using right now. Take a look at them below. 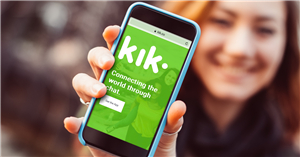 Kik is a text messaging app that allows teenagers of 13 years and above to use it. This app lets you hook-up with other people. And it is free to use. You can use this app to send memes, images, and text messages as well. The worst part about Kik is that it has a public group, which is overloaded with a lot of mature content. Parents should be careful about this app because this app lets users share nudity and even has a child-porn trading group as well. 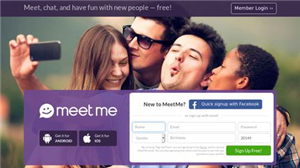 Meet, as the name suggests, is developed for users who would like to meet another, chat, and finally have fun. This app allows you to get connected to locals and watch live streams as well. MeetMe is also not protected from adult content. If you browse through the profiles, you will see a lot of scantily clad women posing for their profile pictures and even a lot of people using drugs. If your kid comes in touch with any of such people, then this will surely not be good for them. 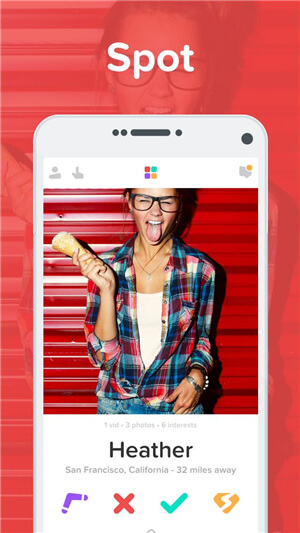 Spotafriend is open to teenagers who are 13 years and above. It is not exactly a teen dating app but is meant for teens only. The teen has to upload a selfie for the registration; however, the profile picture can be anything. This is what makes this app so unsafe. There are tons of kids registered on-spot a friend where they have uploaded naked pictures and also has descriptions that are beyond any parent's imagination.

How can parents alert themselves if things go become awful?

Now you know that teens are actively using dating apps and are already making friends online, it becomes extremely crucial for the parents to keep their kids safe from dangers and bad company. To keep your child out of such dangerous dating apps, download a parental control app, which will let you have full control over your child's mobile phone activity. We understand that some people might feel that it is jeopardizing your child's privacy, but when it comes to their security, nothing else matters the most.

Also, you are matured enough to decide which apps should be forbidden and let them have their freedom simultaneously as well. You can use FamiSafe, which is a reliable parental control app. It allows you to take control of your child's mobile phone. You can monitor what they are doing, block apps when needed and save them from threats.

FamiSafe will alert you of any dangerous content received or sent via WhatsApp, Facebook messenger, Kik, YouTube, Tinder, and more. You receive real-time warning and cab set your alert words as well. Even if your child shows signs of anxiety and depression, FamiSafe will identify words so that you get to take appropriate action.

FamiSafe also lets you know about any malicious app downloaded by your teen. You will now know what your child is interested in what they use their mobile for. If you see any app, which your child shouldn't be using, go ahead and block it.

If you feel that your child is wasting a lot of time on their smartphone, if you think that they might be using it to log in to some dating apps, then schedule a smart screen time after which their phone will be blocked, and they won't be able to use it.

No child is safe in the internet world. And since there are predators everywhere who are constantly trying to come in touch with kids, sweet talk with them, and finally harming them, it is better to be safe than sorry. Therefore, rely on FamiSafe, which is the best parental control app, and keep your child protected from dangerous people.

TikTok Pros and Cons: Is TikTok Bad for Kids?

How to Change Your TikTok Username-Popular questions about TikTok