Parent Guide: Is MyLOL Safe for Teens to Use?

If you're a parent of teens, you may be wondering if the MyLOL app is safe for your kids to use. MyLOL is a social networking site and app aimed at teenagers. It has many of the same features as other social media sites, such as the ability to post photos and videos, send messages, and join groups.

However, there are some concerns about the MyLOL app. One worry is that it's easy for teens to connect with strangers on this app. In addition, there have been reports of adults posing as teenagers on MyLOL to connect with minors. That can lead to dangerous situations, such as meeting up with someone using a false identity. 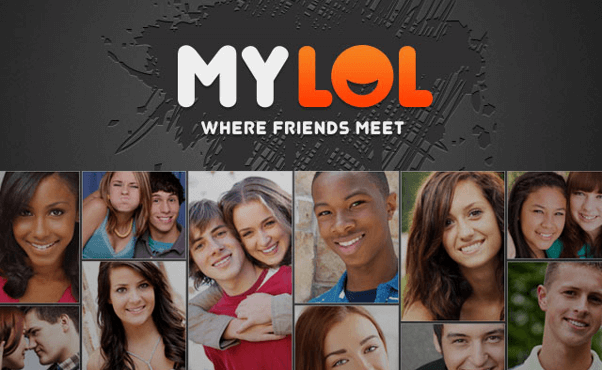 Another concern is that MyLOL is not moderated as closely as other social media sites. Unfortunately, this means more opportunities for inappropriate content to be shared on MyLOL. For example, some parents have reported finding images and videos of nudity and drug use on MyLOL.

01 Information about MyLOL
02 Does MyLOL Have an Age Limit?
03 Is MyLOL Safe for Teens to Use?
04 MyLOL App Review from Commonsensemedia
05 How to Protect Your Kids from MyLOL?
06 Conclusion 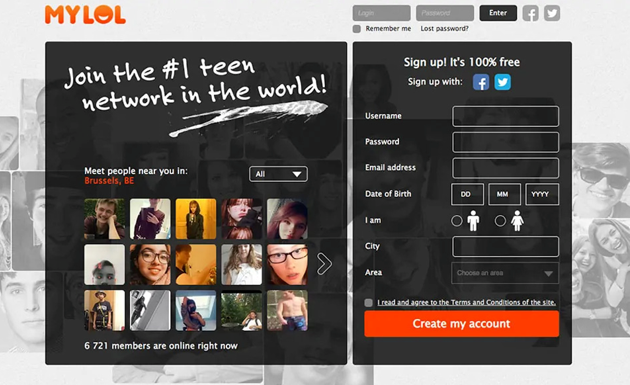 Teenagers are always looking for ways to connect, and MyLOL provides a great way to do so. MyLOL is a social networking site specifically for teenagers, and it allows them to communicate with their peers, share photos and videos, and chat with one another. MyLOL is also a great place for teenagers to learn about the latest trends and get advice from their peers.

The MyLOL dating site is designed for teenagers aged 13 to 19, making it distinct from other sites. It claims to be a dating website, but it frequently functions as a social networking platform. Besides, MyLOL also encourages teenagers to meet offline. For that, the creators of MyLOL are always looking for ways to entice new users.

MyLOL is the number one teen dating site in the United States, Australia, the United Kingdom, and Canada," according to its homepage. With over 300,000 worldwide members, it's no surprise that it's popular among teens. 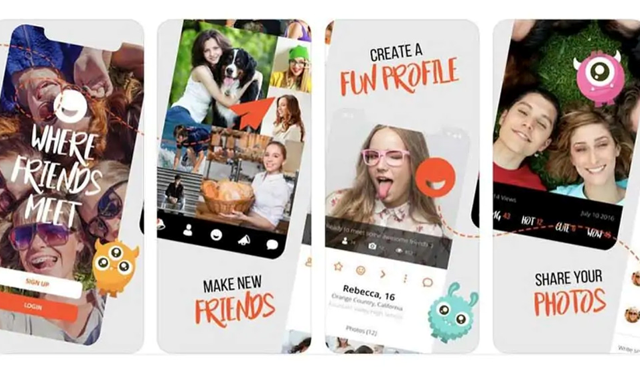 The app is attractive, with a unique interface and numerous features. It also includes interactive content that is both modern and familiar at the same time. Additionally, the site has a modern design and great potential, so it keeps growing in popularity. It is worth mentioning that it is not without its faults, such as safety issues, but it's still a good way for teenagers to socialize.

MyLOL is free to use; however, you need to pay for new features. It is available on both iOS and Android devices. Teenagers can download the app from the App Store or Google Play or visit the MyLOL website to create an account.

MyLOL is an international site with users from all over the world. However, its primary user base is in the US. The app has been translated into multiple languages, including Spanish, Portuguese, French, Italian, etc.

Does MyLOL Have an Age Limit?

The MyLOL dating site is designed for teenagers aged 13 to 19, which is a crucial selling point of the site, as it differentiates itself from other social networking sites which are open to people of all ages. If someone is over 19, they can't sign up. The users are also expected to provide their actual ages. But, you know, there are ways to get around these things. To create an account, teens can use a fake birthdate or lie about their age. However, this is not recommended, as it could lead to safety issues.

For anyone, the signup procedure at MyLOL is simple. Teens may join this site by linking their Twitter or Facebook accounts. If they do not have such a profile, the app will ask them to provide certain information such as the username of their choice, email address, and date of birth. In addition, the site asks new users to provide their name, gender, race, sexual orientation, and the city they live in. This is a bit unusual, but MyLOL does not require this information, and it is not mandatory for teenagers to enter it. After that, you'll need to accept the MyLOL Terms and Conditions. Then, click the "Create my account," and you're all set.

Is MyLOL Safe for Teens to Use? 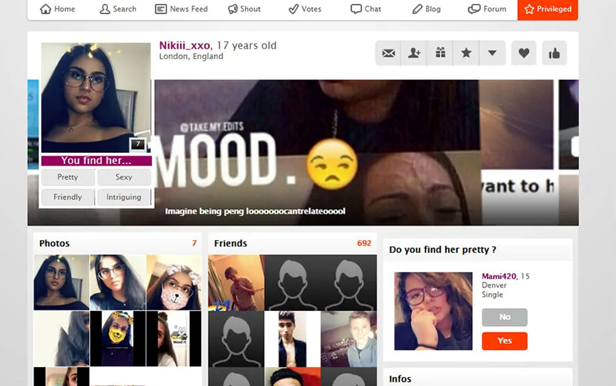 This is a question that many parents have regarding their children using the internet. MyLOL is a website and app that teens use to connect. It has been around for years and is one of the most popular apps for teenagers. While it is not explicitly aimed at teens, there are no age restrictions on who can use the app. This can be concerning for parents worried about their children interacting with strangers online.

So, is MyLOL safe for teens to use? Yes, we believe it is. While there are always risks associated with using any social media platform, we think that MyLOL is a safe space for teenagers to connect. The app has several safety features in place, such as the ability to report users and block them from contacting you. A group of moderators constantly monitor the app to ensure that all content is appropriate. In addition, all users must verify their email addresses before starting using the app. That helps to reduce the chances of fake profiles and bots being created.

Some of the safety features include:

MyLOL has a list of "bad words". Once the messages sent out include any “bad words”, they will be filtered out, then no one can access them.

Users can report people, messages, or posts offensive or inappropriate. That allows us to quickly remove any content not in line with MyLOL's terms of service.

MyLOL enables users to block others from contacting them if they do not want to receive any messages, which helps to keep everyone safe and prevents anyone from taunting others.

MyLOL has a moderated chat room closely monitored by a team of moderators, allowing safe and friendly conversations between teenagers. In addition, some bots help to keep the chat room clean and free from spam.

“Pedophiles everywhere are getting banned for no reason.”

This app is an absolute JOKE. The first thing that stood out to me was how many pedophiles are on here, and I haven't experienced any personally yet, but my friend, who is just 14, has been sent sexually explicit messages by men much older than 19. Meanwhile, my account got banned without any warning, saying I violated the terms of service because I wasn't active for a few weeks. So I would NOT recommend wasting your time with this trash app.

“The admins suck at their job, and some users are perverted.”

I got a message, "Do you want to receive nudes?" and then my account was permanently deleted. That happened even I did not violate any of the TOS policies. The pictures are mine. I also shared the same photos on my social media accounts. The images aren't sexual. I didn't bully or sext anyone. It seems like the admins of this app aren't good at their job. These guys don't ban perverts talking about sex and other sex stuff, but ban people who follow the rules. Stay away from this app, guys!

How to Protect Your Kids from MyLOL?

Parents can do a few things to protect their kids from MyLOL and other similar websites.

1. Talk with kids - parents should talk to their kids about the dangers of meeting strangers’ online and sharing personal information. For example, they should inform them dating apps like MyLOL are dangerous and that they should never meet up with anyone they've only talked to on the internet. Parents should also warn their kids about sharing nude photos online. They should explain that once an image is shared, it can be difficult to delete it from the internet and that anyone could see it. That could lead to embarrassment, or worse.

3. Openly talk about sex - Parents should also have an open discussion about sex with their kids. They should tell them underage romance and sex can be detrimental to their mental and physical health, which can help to discourage them from using MyLOL, and other similar websites, to find sexual partners.

4. Parental Control App like FamiSafe from Wondershare – Parents should also install a parental controls app on their devices to establish an overall safe space for kids. Such an app can help block inappropriate websites and apps, set scheduled screen time, detect explicit content, etc. Parents should also monitor their child's internet activity and look for signs that they may be using dating apps like MyLOL. If they are, parents should take steps to let kids know about the potential risks of using this dating app in case they endanger themselves.

FamiSafe is an excellent parental control app that can help keep your child safe online. It allows parents to block inappropriate websites, monitor their child's internet activity, and even track their location. Furthermore, the app also has features to limit screen time, send alerts when their child trade nudes or receives sexually explicit messages, indulge in sex chats, and more. Additionally, the FamiSafe app keeps track of your child's movements in real-time, even as their device is about to die.

Wondershare FamiSafe is available on several Android, iOS devices, MacOS, Windows, Chromebook, and even KindleFire. And it is a helpful tool to keep your family safe online. So get the FamiSafe app now and start monitoring their internet usage.

MyLOL has attracted a lot of negative attention and controversy. It is, nevertheless, one of the most popular sites and apps for teenagers. In contrast, others believe it is a breeding ground for cyberbullying and pedophilia, while others claim it is a great place for young people to meet new friends and discuss interests.

Teens want a place to mingle that is free from adults. They feel like they can be themselves without being judged. MyLOL provides a safe space for that to happen. It's important to remember that, while there are some risks associated with any online community, the vast majority of teens who use MyLOL do so without incident.

MyLOL is also accused of being a pedophile magnet. Some allegations indicate that MyLOL has a record of adults over 19 visiting the site to victimize juvenile children. There are guidelines to protect against this, but some argue that they are ineffective. As for parents, you need to monitor child's online activity, but ultimately it is up to you to decide what is appropriate for their child.