What is Among Us about: App Review

Have you ever heard of Among Us? There has been a stereo rise in the popularity of Among Us. Right after its release, Among Us exploded in popularity. Within the first few months of its launch, it had approximately 1800 simultaneous players. In 2020, the multiplayer saw a steep rise on the Android and iOS charts.

South Korea and Brazil were the first to witness the potential of this game. It also gave the world a view of what Among Us is all about. There are more than 20,000 players are playing the game currently. With almost 500 million active users, Among Us was also recorded as the highest number of users in a month. 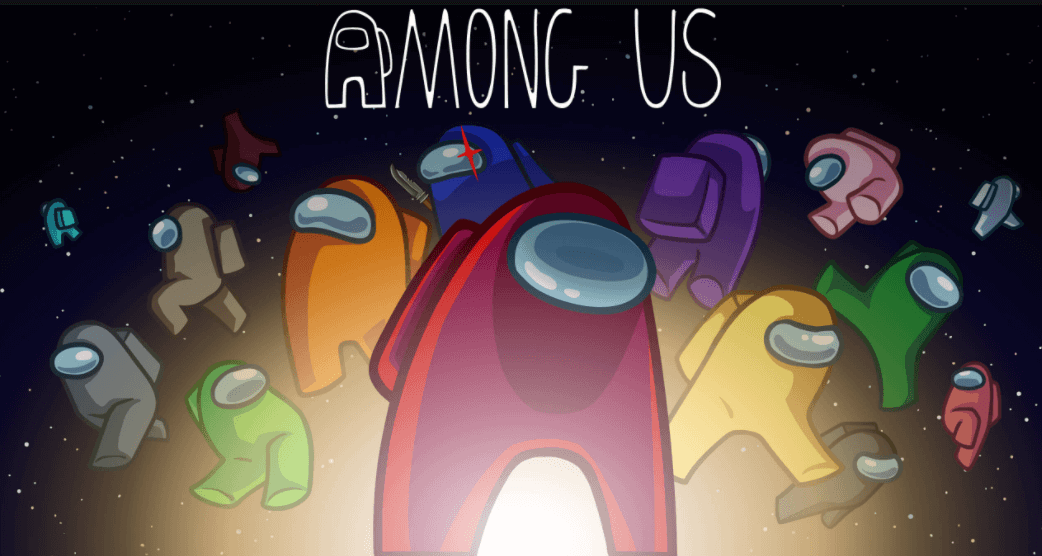 Even though the app is extremely popular and kids have developed a liking for it, parents worldwide are concerned if the app is safe or not for their kids. Don’t worry. We will introduce you to more information about this game in this article. Such as what is Among Us, and what type of game is Among Us?

01 What is Among Us?
02 How to play this game?
03 Does Among Us have any benefits?
04 What Kind of Features Does Among Us Have?
05 What should Parents be Concerned About?
06 What is FamiSafe?

Among Us is a social deduction game where players work together to keep up their spaceship. The thrill here is finding out who the imposters (the bad guys) are. The game completely focuses on the rising conflicts between the two teams, where you have to track the imposters. The duration of each game is 10 to 15 minutes, so even if you are lost, you can join back again.

Part 2. How to play this game?

At the beginning of each game, the players will be assigned the role of an imposter or a crewmate. The imposters know each player and their roles and keep killing them. For the crewmates to win, they have to recognize the imposter and vote them out of their spaceship. The crewmates should complete repairing the spaceship before every crewmember is killed. 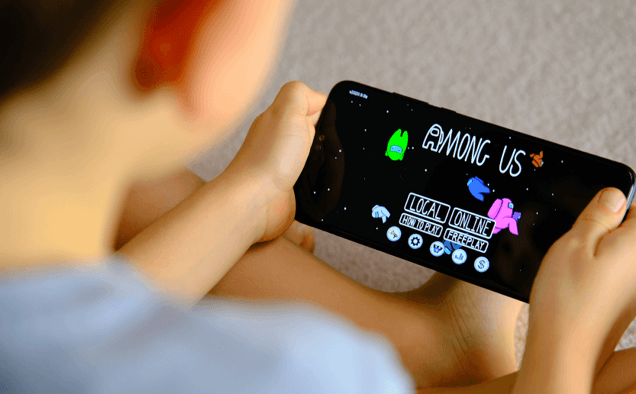 The tough part here is that Crewmates can talk to each other only at emergency meetings, which are held after the body of a dead crewmate is found. Each player in the game can press the emergency meeting button only once. During the meeting, you have to convince the team that the imposter will do their part to stay in the game. To win the game, you will have to see past all sorts of trickery.

Part 3. Does Among Us have any benefits?

Among Us is one popular game, and there is no need to deprive your kids of it. There are some good benefits of this game. Let’s see what those are:

There might be a chance that most of the kids would be talking about this game at school, and not knowing anything about it will make your child left out. So, let them have their time with the game to understand the jargon and strategies.

Among Us is not a single-layer game. Rather it is a multiplayer game that will help your kids develop team skills. They will learn to collaborate and corporate with the team to hunt the imposters.

The game is about betrayal and deception, which are real-life experiences, and playing them helps your kids learn how to tackle these situations. Besides, they will understand what is good and what’s bad.

Part 4. What Kind of Features Does Among Us Have?

Before deciding whether Among Us is safe to play, let’s learn about its features first.

• Private Mode: Games can play with the people they know through the unique feature. Only the players added through the quality will be part of any game. No random third person can enter the game in this mode. It's more recommended to use this mode to play with friends and family members. If you wish to play with other people, the public way is preferable.

• Public Mode: Players from all over the world can compete using this feature in the game. There is no restriction on players' types or locations when setting up this gameplay. In this mode, you could play with skilled players from across the globe and have a great time. This could help you learn new skills by seeing the tactics of different players as well.

• In-app Purchase: Players can purchase different add-ons to access additional features and components. However, such purchases may be restricted by account type and gaming experience of the player, etc.

• Roles and Cosmicubes: Different positions have been introduced in the games for different crewmates. These roles help divide the functions players perform in the game. Over time, more parts and characters are trained to make the game even more fun and interesting. Such role addition is one of the prime reasons why the game never gets old with its constant players.

• Identification System: Crewmates have to identify the Imposters at the start of the game. This feature adds a layer of complexity to the gaming system.

Other features are introduced from time to time by the game developers as well.

Part 5. What should Parents be Concerned About?

The Common Sense media rate Among Us is good for kids over ten years of age, yet parents still should pay attention to their kids’ activities on Among Us since it may bring about some negative effects as well if it’s used inaccurately.

If your kid is playing in the public mode, they might be meeting strangers who can be predators. Make sure they play privately and only with their close friends.

• They may get addicted

The biggest concern here is that most online games become addictive over time. Eventually, this addiction will affect your kid’s health and studies. So, make sure they are not addicted to these games.

• They can learn negative traits

There are two teams in the game, one of the imposters and the other crewmembers. If your kids are awarded the role of imposters, they will learn lying, manipulation, and deception, which are negative things to learn.

Part 6. What is FamiSafe?

Wondershare FamiSafe makes it possible for parents to allow their children screen time and game time without having to worry about their kids being exposed to anything violent and abusive. It is software that helps parents keep track of their kid’s digital activities. Using the software, parents can monitor:

1. App Blocker: One of the best things about FamiSafe is that you can block any apps that are deemed inappropriate for your kids.

2. Screen time: The screen time control feature lets you track the details of your kid’s app usage. You can set smart schedules and even make sure the kid uses the right apps.

3. Inappropriate content detection: The software also lets you detect any offensive and explicit words that your kids might be sending or receiving.

4. Location history: Using FamiSafe, you can know where your kids are. Therefore, you would see if they are meeting any strangers.

Overall, there is nothing wrong with the game itself, but parents could try their best to make the game safer for kids to play.