What is a Kindle Fire & What Can it Do?

What is a Kindle Fire and What Can it Do?

What is a Kindle Fire?

You are probably here because you're asking yourself, "What is a Kindle Fire?" It is Amazon's inexpensive tablet computer. Smaller than several other tablets and larger than smartphones, the device's design offers a sizeable screen while allowing for easier manipulation. Kindle Fire is among the most popular versions of Kindle. It allows users to read books, use apps, and access different types of content. Today, many children get the Kindle tablets from their parents before smartphones. 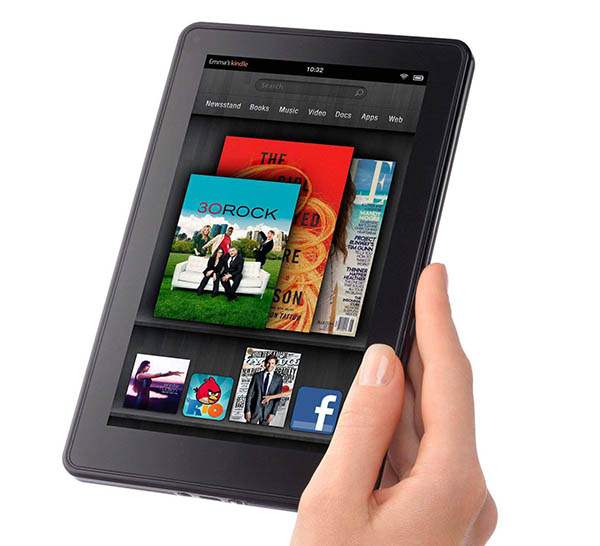 The first device that Amazon launched in 2011 had a 7-inch colored multi-touch screen with IPS technology. It ran a Fire OS, a personalized version of the Android operating system. A Dual-core processor powered the Kindle. Its 512MB RAM made for enhanced user experience. The device also had a good battery that ensured users enjoyed using it for long hours before charging it. Besides, the Kindle had an 8GB internal storage space to ensure users kept their photos, videos, and other media on the tablet without a problem. The cost of the first-generation Kindle Fire was $199. Over the years, the company has upgraded its features and varied the pricing to attract more consumers.

A year hadn't elapsed since the release of the first-generation Kindle Fire when researchers from comScore found out that more females than males were using the tablet computer. The customer base for the device was 56.6% female. The same statistics revealed that young people aged between 25-34 were the highest consumers of the product at 24.7%, while kids aged between 13-17 were the lowest consumers at 5.5%. Today, children find Kindle Fire attractive because of the interesting apps they can find on the device. Many parents are buying the tablet for their little ones, especially the kids' edition.

After getting the solution to the question, "What is a Kindle Fire?" you now know what it is and some generations of the device. You may be wondering what the latest Kindle Fire is. Amazon has released several editions of the tablet computer since it launched the first edition in September 2011. The company started by launching a single device each year but later moved to more than one. Here are the latest tablets from Amazon.

Released on June 3, 2020, this tablet has a size and price that's in the middle of both the Fire 7 and Fire HD 10. However, its advantages do not stop there. The Fire HD 8 (2020) also features a display with a resolution of 1280x800, which makes it a great option at its price. The device also comes with a battery that can last up to 12 hours and an internal storage of 32GB that is expandable to 1TB through a microSD card.

Also released on June 3, 2020, the Fire HD 8 Plus tablet (2020) isn't just an upgrade of the 8th-generation version. It is a feature-rich, futuristic device that ensures you won't have to look for another version soon. With a 3GB RAM and faster-charging speed as compared to the HD 8 edition, you may find yourself preferring this device over all the latest tablets from Amazon. The higher price won't matter if you're looking for a more convenient device like the Fire HD 8 Plus. 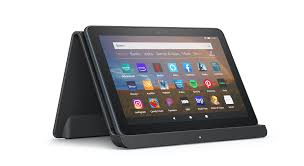 If you want to get value for your money, then go for this tablet. While it's more expensive than the HD 8, the extras it offers will make any want to parent purchase it. First of all, you don't have to worry about your kid dropping the device because it comes with a kid-proof case and a worry-free guarantee of two years. Aside from including a one-year FreeTime Unlimited subscription service that allows your children to access numerous apps, videos, games, and audiobooks, Amazon also put parental controls in the device to keep your little ones safe. Add to this the 12-hour battery life, 3GB RAM, and 32GB internal storage that is expandable to 1TB through a microSD card and you will be ready to buy the thing at $140. The tablet was launched on May 14, 2020.

Released on 30th October 2019, the Fire HD 10 is the most expensive tablet from Amazon. However, it's the only tablet computer developed by Amazon that has a resolution of 1920x1200, giving users very immersive gaming and video experiences. Moreover, its processor is the best among the Amazon tablets. That's not all. The tablet's internal storage is bigger (64GB) than the Fire HD 8's. 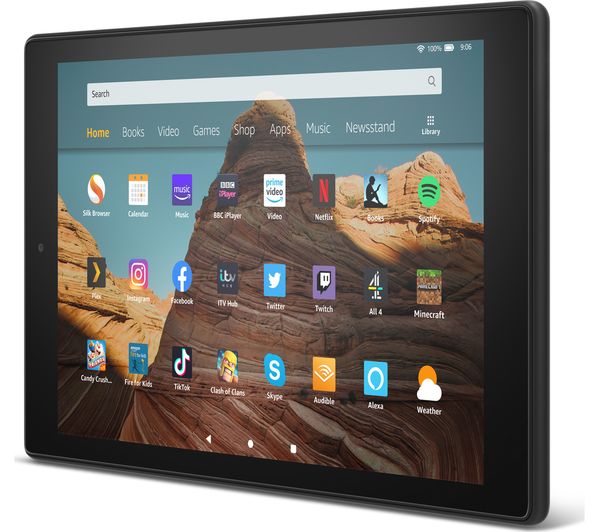 Released on 6th June 2019, the Fire 7 tablet (2019) is a perfect example of a low-cost and portable device that one can use to read books, watch shows, and play games. The tablet's front and rear cameras are 2-megapixels. Unfortunately, the device lacks an HD resolution display, though you can still use it for most things.

What can kindle fire do to enrich your life?

What can Kindle Fire do? Well, as a multi-media entertainment tablet, Kindle Fire has a lot to offer users. You can read materials, play games, watch videos and movies, and do several other things on the device. Here are just a few of the things your Kindle Fire can do: 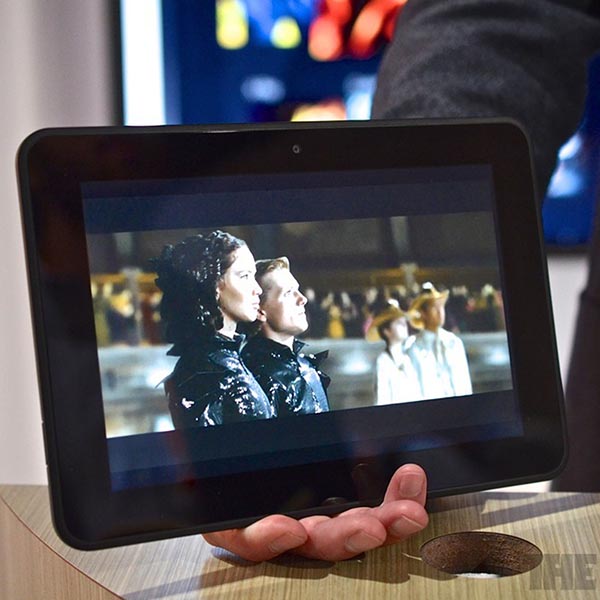 The good thing with the tablet is that it has a special screen design that ensures eye protection for those who use it for long hours. The display is also large enough to ensure outstanding gaming and video experiences. Kindle Fire's navigation bar allows for easy navigation between the available apps and other things. Another great feature of the Kindle Fire is the search option. It allows you to easily find what you're looking for from the Amazon Store, the tablet's libraries, and the web. Its icon is almost available in every location of the device.

How FamiSafe works on Kindle Fire?

Now that you have an answer to the question, "What can Kindle Fire do?" the next step is to know how to monitor and control your children's usage of the device. This is because your kids are vulnerable and can access inappropriate content on devices that have no parental controls set-up on them. If your child is or will use Kindle Fire, then FamiSafe will be their smart companion. The app is a parental control software that offers several advantages when it comes to managing how children use the tablet.

The cross-platform app can work on all mobile devices, including smartphones and tablets. Want to know the best part? FamiSafe allows you to monitor and control your kid's devices using a mobile or desktop Internet browser. Better still, you can manage up to 30 devices using the app. Therefore, it offers a lot of conveniences when it comes to parenting. Some of the features that FamiSafe comes with include screen time limits, app blockage and usage, web filtering, real-time location tracking, and detection of suspicious photos on your child's device, among others. 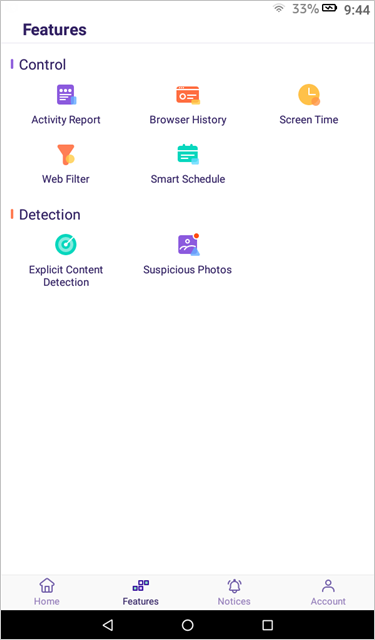 Another plus for FamiSafe is that it is available on the Amazon App Store. This means it's easy to get the app and install it on your Kindle Fire without having to go through the tedious process of installing Google Play Store on the tablet. However, if you've already installed Google Play Store on your tablet, then the process is simple. Here are the steps for installing and using FamiSafe on your Kindle Fire.

Now that you have the questions, "What is a Kindle Fire?" and "What can Kindle Fire do?" answered, it's easy to improve your user experience. Also, since you've known the latest Kindle Fire tablets, you can make an informed decision on which one to purchase. However, remember to install a reliable parental control app on your kid's tablets to ensure they use the devices properly and stay safe. One of the greatest options you could ever use on the Kindle Fire is FamiSafe.