According to a survey conducted in 2021, 46% of respondents stated that they spend almost 5-6 hours on their phones each day. And since COVID-19 appears, kids’ average screen time has increased tremendously due to epidemic lock-down. In addition, as required, students have to take classes at home remotely. Therefore, having a tech device in their hand all day becomes inevitable.

And because of lock-down, hanging out with friends to have fun becomes impossible. So tech devices have become a significant source of entertainment. How can parents take advantage of this chance to make kids get educated while having fun? Educational video games can be the best choice. Leading kids to complete the tasks in the game by figuring out the problems can make kids enjoy the satisfaction of winning the game. And it is needless to say how engaging video game is to your minor child. 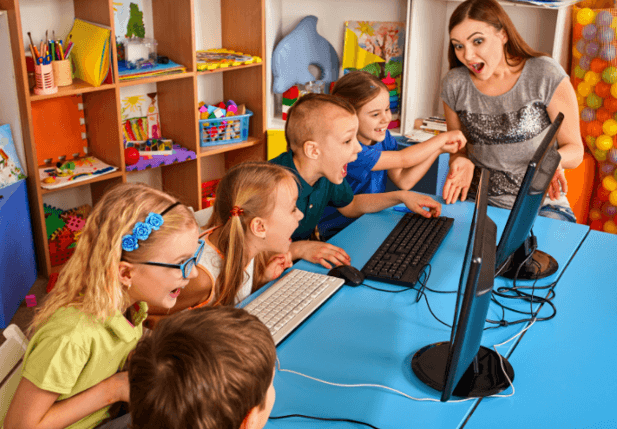 Here we have collected the top 10 interesting educational video games. Don't hesitate to dive into the article to find the one your kids may like most!

As the game tag line puts it, Brainiversity is "a brain training game designed to awaken your brain!" It covers more than 12 subjects, including language, math, memory, and analysis. These activities are timely and help to increase the child's basic education. For example, a so-called "Add" gives players the task of solving as many math problems as possible within 60 seconds. 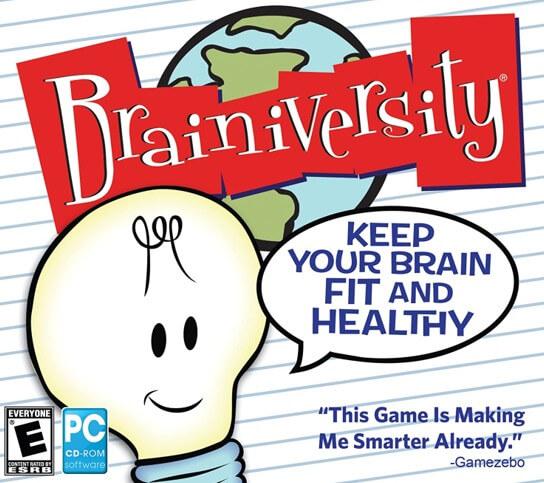 Most of these brain training activities go into Daily Exam mode, allowing you to record your scores for various tasks and create an online chart to watch your progress. Fortunately, the game combines performance and play. Edison Lamp Mascot entertains you and keeps things simple & interesting through humor & encouragement.

Zoombinis was first revealed in 1996. It was extensively regarded as one of the best educational video games for kids. In the game, the player controls the imaginary Zoombinis, a creature like Mr. Potato Head needing to cross Zoombini Island to finally reach Zombiniville, which leads them safety from evil Bloats. 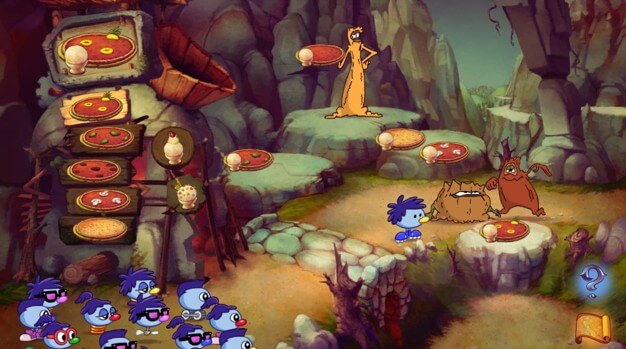 The game also gives players a set of tasks for solving three different types of challenges: mathematics, drawn-out thinking, and hypothesis testing. Each challenge has different mini-games and allows the player to learn and explore different puzzles. Zoombinis 2015 redesign expands into the real world with sophisticated graphics and sophisticated characters, making it a great game that you can enjoy with your kids too.

Even if you are not one of the millions who have played it, you have certainly heard of Minecraft. But did you know an educational version of Minecraft: Education Edition? It is located throughout the Minecraft universe. Many teachers use it for STEM and project-based learning and explore various visual regions, such as Ngā Motu of the Māori people of New Zealand. 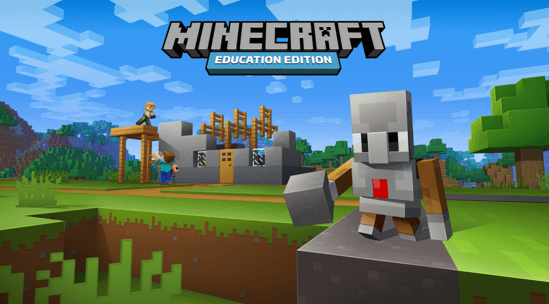 In addition to the downloadable user packs, Minecraft: Education Edition also integrates shared reading tools such as Camera, Book and Quill, and Immersive Reader to stimulate interest in reading and translation.

Whether your child is interested in working in a zoo or simply loving animals, World of Zoo is a good topic to explore. With over 40 different species among 11 animal families, this zoo simulation game will help kids know the animals better and learn what is happening in their care. In addition to feeding and caring for them, the game educates its players with the information provided by National Geographic. 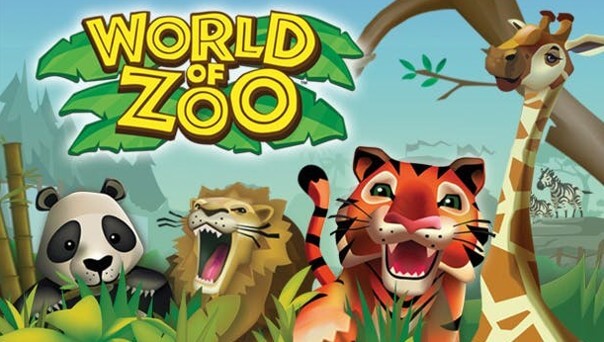 The original Math Blaster featured dozens of games, spin-offs, and mobile titles, a real explosion of the past. This series of mathematical video games provides essential tools for learning to combine, subtract, multiply, and divide with Blasternaut and his faithful dog, Spot. 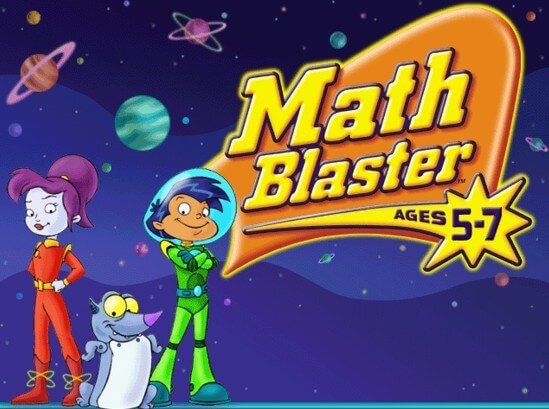 If you focus on building mathematical knowledge, the real thing would be a very good choice. However, if you want your child to work with their math skills, enjoy a fun story and side-scrolling game like the Super Mario series, consider Episode 1 of Math Blaster: In Search of Spot, and its Math Blaster Episode II: The Secret of the City Lost.

A new and unique educational Video game, Epistory - Typing Chronicles, lives up to its theme by focusing only on keyboard usage. This game is set in a well-translated origami world, and it follows the journey of a young writer riding a three-tailed fox. 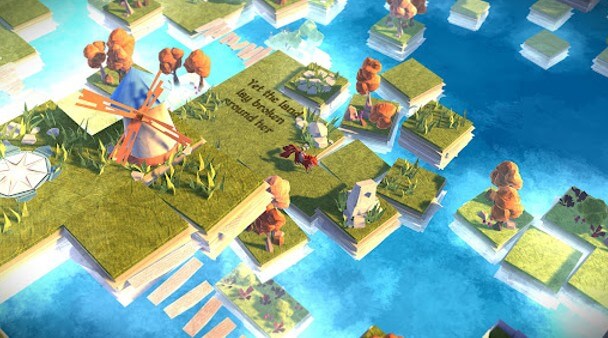 Along with navigating the game world, players use their keyboards to practice their typing skills and engage in combat. Wars will be escalated if you have to quickly type the name of words that appear above the enemy's head. You can also change strategies by typing different commands in a fast & sequential manner.

When it comes to learning how to type quickly and efficiently to improve your word score by the minute, there is no better game to play.

One of the best learning resources about space exploration and flight simulation is the Kerbal Space Program. This educational video game allows players to control the Kerbals, a small green humanoid-like space that contains the Kerbal Space Center on the planet Kerbin. Within the space station, players have the opportunity to build various rockets and spacecraft to detonate Kerbals in space, which may sound simple. 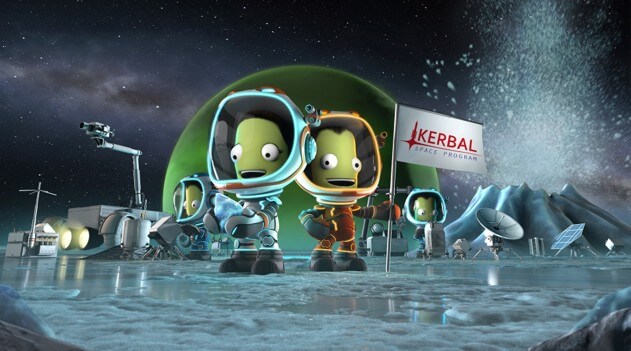 Still, the game focuses on aerodynamic and practical orbital physics makes it a great way to teach teens advanced concepts among its three-game types: Science, Work, and Sandbox. NASA even approved the game, which used the game to recreate the 2016 OSIRIS-REx asteroid sample campaign. Next, Kerbal Space Program 2 is expected to be released in 2021.

Gizmos and gadgets! It may be one of the most exciting science educational video games of all time. One of the many retro themes on this list, Gizmos & Gadgets, was developed and published by The Learning Company in 1993. And if that company name looks familiar, you may have seen it in the box of other educational Video games like Zoombinis, Oregon Trail, and Reader Rabbit. 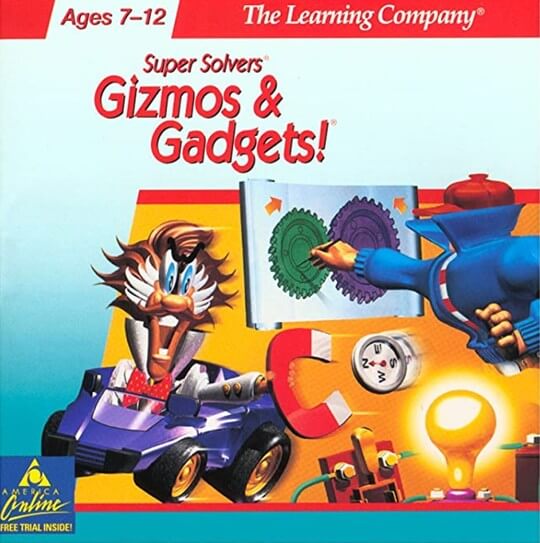 Although, Gizmos & Gadgets is unique in that it combines racing, arena, physics-based puzzle-solving, and the rivalry between two great scientists. It all comes together in a fun & very interesting take on a learning video game genre.

When battling the infamous scientist Morty Maxwell, Super Solver must build cars using physics & practical engineering knowledge. While the competition continues in other games like Mission: T.H.I.N.K, no match better captures a wacky combination of platforms, physics, and racing than Gizmos and Gadgets!

Learning about democracy is an important foundation for any child's education. Prosperously, the Democracy series teaches children what it means to live in a modern democracy. The latest additions to the series, Democracy 4, include hot topics like fake news and the impact of social media platforms. 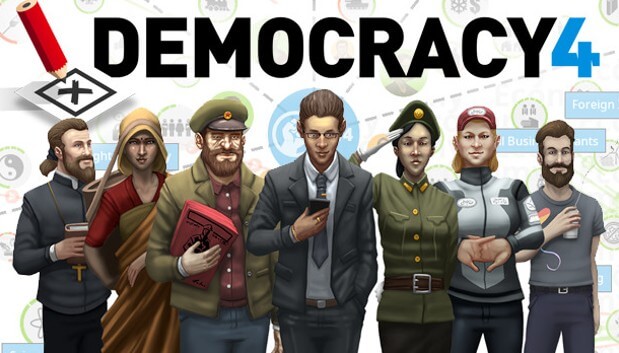 Within the game, you control the legendary president or prime minister, and you choose the various policies of your democracy for re-election. The game is intended to be non-judgmental, meaning that it is not about a particular political arena or ideology. Instead, the competition aims to demonstrate the impact of decision-making on democracy and its citizens.

Like the Kerbal Space System, the Universe Sandbox is a physics-based space model. However, it distinguishes itself by focusing only on the physics of the place itself. By doing so, this space shuttle has features that allow players to simulate gravity, model Earth's climate, and assess the impact of historical events on the solar system. 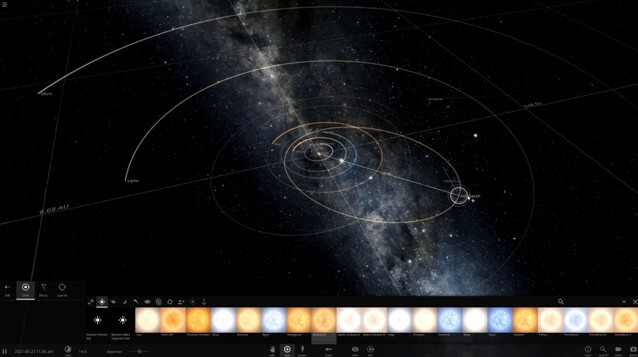 It also provides a superficial view of space and allows players to customize their solar systems to explore various cosmic functions, such as potential planets and superstars.

FamiSafe is a powerful parental control app available for android and iOS, Windows, Mac and Chromebook, and Kindle Fire devices. Helps parents track their child's location, setting screen time limits. With this app’s features such as Location tracking, Screen time limit, Website filtering, App Blocker, and so on, you can keep your kids’ online safe without staying with them all the time. Just connect your kids’ tech devices with FamiSafe. You can set any limit as you need to protect your kids from inappropriate information or game addiction.

Block or restrict inappropriate apps on kids’ devices with one simple tap, send instant alerts to parents’ devices if children try to open the blocked apps.

Record where kids have been in the last 30 days and let parents check where kids are located in real-time. No need to worry that your kids hang out alone during school time.

Let your kids love learning. During this digital life, if it is inevitable to let your kids spend their daily life without tech devices, why not let them enjoy educational video games to learn something useful during entertainment time? If you are worried that they may get addicted to such video games, parental control apps like Wondershare FamiSafe will be there to help.