Since its introduction in the early 2010s, virtual reality is slowly becoming the main form of gaming across different devices. Several platforms now offer paid access and free VR games to show you what to expect when engaging with the platforms. For example, you can play VR games with the built-in store of stand-alone VR headsets like Oculus or connect VR headsets to your PC and play via Steam.

Below is a list of free VR games you should try in 2022. In addition, the games are device-specific to help you decide which titles are best for you.

Oculus is arguably the top-ranking VR headset in the market. In addition, these devices are stand-alone, meaning you can play free VR games on them without using any extra devices. Below are the top free VR games Oculus Quest 2 and Rift VR headsets support. 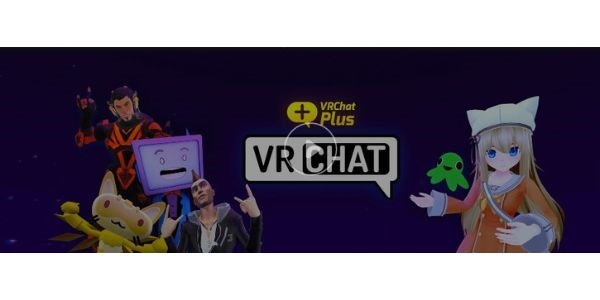 VR Chat is a free VR game on Quest and Rift VR headsets. It involves engaging with other users across different virtual worlds, currently numbering over 25000. In addition, you can communicate with other users globally from within the game and use different avatars to engage with different worlds.

Furthermore, there are plenty of events to further your gameplay, such as Capture the Flag and Battle Discs, all community-generated games. VR Chat has a 12+ age rating and a 4/5 rating on Oculus Store. 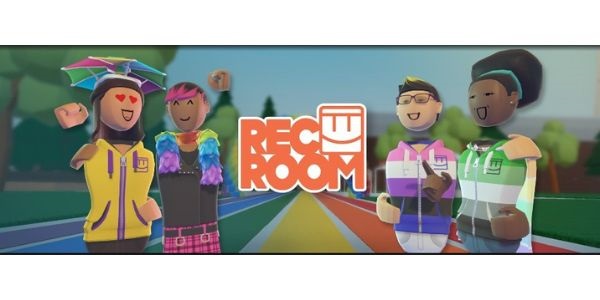 Rec Room is one of the free VR games where you build and play games with different users globally. In addition, the game is available across mobile and VR headsets such as Oculus Quest and Quest 2 VR devices. Furthermore, the games vary between genres, such as first-person shooters in an open-world environment.

Rec Room has been available on Oculus Store since May 2019, with regular updates from the developers. The game is available in single-user, multi-player, and co-op play modes. Moreover, it also features in-app purchases from independent developers. For example, you can purchase special weapons such as Norse axes and custom uniforms for your avatar. Currently, the game has 5-star ratings from 74% of users, with most praising it for immersive gameplay.

Echo VR is a free-to-play VR game that features four Vs. four-player competition in different sports. For example, you can scuba dive with sharks in a sea-based game and earn rewards as you complete different challenges. In addition, you can interact with other players to form an esports team to participate in different events.

Currently, the game is available on Oculus Store and is compatible with the Quest, Rift, and Quest 2 models of Oculus VR headsets. Furthermore, the game has an IARC rating of 12+, indicating that it contains mild violence across the games available. Moreover, the game also features in-app purchases to give you access to extra content. However, you can still enjoy the game without spending extra. Finally, Echo VR has a five-star rating from 79% of verified users.

Part 2: Free VR Games on Steam that you can Link to a VR headset and play

Steam VR is an independent VR platform by Valve, where you can play free games across multiple VR headsets, including Windows Virtual Reality, HTC VIVE, and Valve Index. Here are some free Steam VR games. Please note that you must have an active Steam account to access these games. 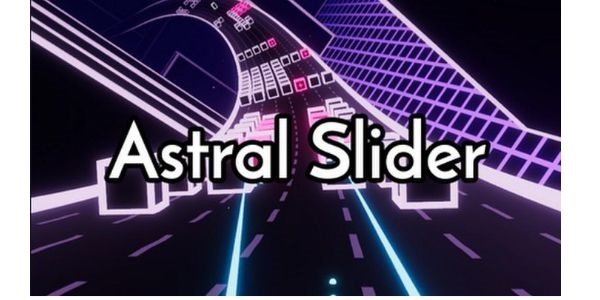 Astral Slider is a laser racing game where you slide through different cyberworlds each time, beating your previous best score. The game is the creation of Kyle Rodgers, an independent UK-based developer, and is available in standard and virtual reality mode. Currently, the game enjoys mostly positive reviews, with users rating it 9/10 on steam VR.

Among the game's most prominent features are: 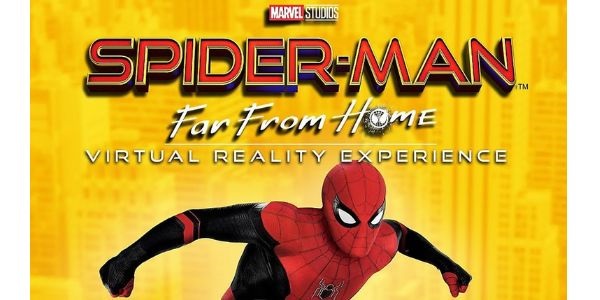 Spider-Man is a free VR game on Steam for Valve Index, HTC VIVE, and Oculus Rift VR headsets. The game involves swinging through New York City and battling different enemies along your adventure. In addition, you can select between four custom spider suits, each with different launch platforms across the city. Furthermore, you can use your web-shooters to launch yourself across buildings for a truly immersive experience. The game is available in single-player mode and also utilizes the tracked motion controllers of your VR headset.

Moreover, the game is an adaptation of the 2019 movies and is published by Sony Pictures Virtual Reality. Currently, the game has positive reviews from 1,781 verified users. Unfortunately, the game does not appear as a showcase in your Steam profile, which means playing it does not contribute to your Steam global ranking or earn you special rewards. 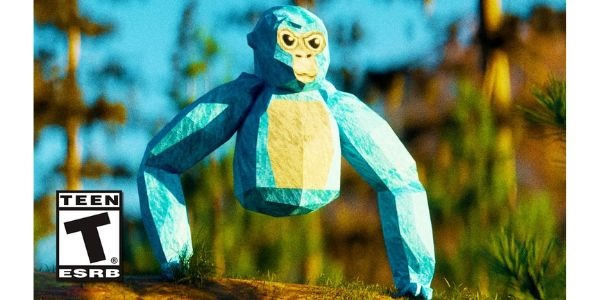 Another free Steam VR game to check out is Gorilla Tag. The game is available on Steam VR for VR headsets such as Valve Index, HTC VIVE, Windows Mixed Reality, and Oculus Rift. In addition, playing the game involves controlling the upper body of a gorilla, where you can run, climb and run across different in-game environments.

Unlike most VR games employing the first-person perspective, the game features simple graphics, essential to smooth gameplay that does not involve teleportation and joystick control. Furthermore, you can choose between infection and tag mode, where you must chase after opponents to infect them or outrun them to avoid infection.

Gorilla Tag continues to get positive reviews from players and currently has a 9/10 score on Steam VR. In addition, you do not need a gaming computer to play Gorilla Tag as you only require 140 MB of storage space on a standard Intel i5 computer.

If your kid also likes to play Steam games, then you can't miss these 8 best Steam games for kids to learn and relax.

Most VR games provide immersive and interactive gameplay. However, given that the technology is relatively new, there are still concerns about the benefits of virtual reality. Keeping this in mind, are VR games really safe for kids?

Unfortunately, no. This is because there is no consensus on the appropriate age for using the technology. For example, Oculus and PS VR list their devices for use by individuals of thirteen years and above. However, you will still find appropriate content for kids below these ages. Below are some of the major concerns that parents raise with virtual reality.

A major concern among parents is the physical damage that results from the overuse of virtual reality devices. Some problems that can develop include motion sickness, eye strain, and loss of balance. This is because virtual reality headsets beam different images to your eyes, creating an illusion of depth.

Furthermore, VR headsets exclude you from your immediate surroundings, which can cause you to hurt yourself if you do not have adequate gaming spaces. As such, you experience feelings of disorientation once you take the VR headsets off.

Another concern that parents have with virtual reality technology is online predators. Platforms such as Roblox do not have adequate parental controls to prevent cases of online predators. This is because your kid can register an account using an alias and bypass the platform's age verification software. In addition, there are several reports on child grooming and extortion through the platform's in-game chat functionality. Unless industry stakeholders implement effective safety procedures to create safer VR gaming environments, parents will be skeptical about allowing access to such platforms.

Most virtual reality platforms promote independent developers to monetize their creations. Some ways they can commercialize their creations are through offering paid access and purchasing custom content such as extra levels and avatar customization. Although such items improve your in-game experience, your child can overspend on in-game purchases resulting in hefty monthly bills.

However, platforms such as PS VR and Steam now feature monthly spending controls through their family management settings that allow you to set PIN-controlled access to in-app purchases.

Finally, eye health is a common problem with virtual reality users. This is because most VR headsets beam high-resolution images in close proximity, which can result in eye fatigue and damage after over-exposure. However, you can limit the damage by managing your screen time and taking regular breaks during your gaming sessions. For example, you can take 15-minute breaks after each gaming session to reduce eye damage when using virtual reality headsets.

Bonus Tip: How to set parental control on VR or other digital devices?

Parental control settings are available on some VR headsets such as Meta Quest 2, PS VR, Steam VR, Nintendo VR, etc. For example, you can set Time Limits, Game Block and Community Block on PS4/5 VR through the device’s web browser or the PlayStation App. We have detailed steps in the previous guide: Full Guide to VR parental control across All Platforms

2.Use Wondershare FamiSafe for parental control of your child's digital life.

Wondershare FamiSafe is a reliable parental control software. You can use Screen Time Control to restrict the time your kid spends on digital devices. By using the App Blocker feature, you can block inappropriate apps on your kid’s device. With Famisafe, you can easily protect your kid from online safety! Check the video below to know more!

1. Can you jailbreak an Oculus Quest 2?

Unfortunately, you cannot jailbreak an Oculus Quest 2 VR headset to gain root access to the device. According to Meta, any claims of jailbreaking Oculus VR headsets are false.

Yes. Roblox VR is available through Oculus Rift and HTC VIVE devices. However, you will also need to access the platform through the official PC app and web browseroptions.