Mobile devices have changed the landscape of parenting. Most parents today realize that their kids are bound to use a mobile device, so they make sure that the young ones can make good use of it.

But with the good comes the bad. Mobile addiction and apps that get your kids hooked to the screens may affect their development and wellbeing in the long term. One of the popular apps today amongst teens and kids is Amino. But here’s the question - is the amino app safe? Let’s find out.

What Is Amino App? 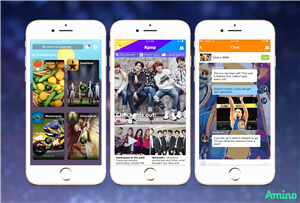 Amino App is marketed as a network of communities that lets people explore, discover, and obsess over things they are interested in. A community is called an Amino which consists of groups of people who share the same affinity such as comic books, basketball, video games, etc.

You can create a profile, join communities, post and read blogs, customize your profile, and grow your following on Amino. In other words, it is pretty much a social network you may have not heard of.

At the same time though, there are Aminos for sexual roleplay, sexy girls, LGBT+, and other subjects that can be deemed inappropriate for a child and even teens. That’s what this Amino app review is about - whether it is a safe app for your children to use or not.

What Age Is Amino App for? 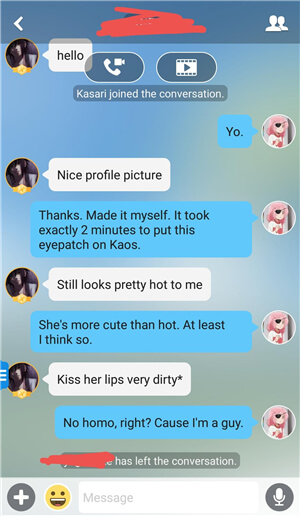 The Amino app has a rating of 12 years and above. However, many parents, critics, and online review websites have come to a general conclusion that the app should not be used for kids below 15 years of age.

Why is that? Well, the content on the app, for the most part, is not suitable for kids and young teens, even though these age groups make up a significant demographic of Amino. 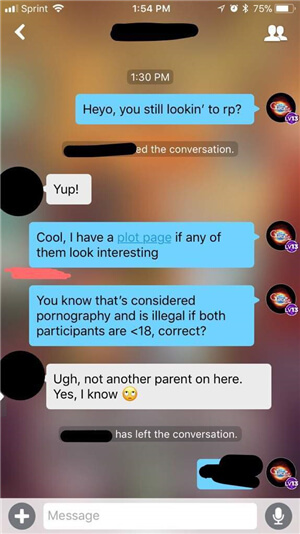 The purpose of this Amino app review is to educate the parents on what type of platform their children are spending their time on. Here is a list of problematic things you can find on the Amino app.

You might think we’re exaggerating about the negative impact the Amino app has on kids, but we’re not. Here are honest reviews from parents about the app:

My 12-year-old son enjoyed chatting with others who he thought enjoyed similar interests and writing stories was slowly introduced to role play chats that moved into mature language and sexual content and was told to lie about his age and to hide this from his parents. This app is not safely monitored for children. We do our best to educate and monitor their internet actions but I learned how easy it is for good kids to be targeted and slowly sucked into participating in a way that is not of their usual character.

PREDATOR APP!! Don't let your teens near it

Our daughter got this app to practice creative writing. She's always been extremely responsible with apps and creative online tools. After using it for 2 months, she started to become very isolated (always in her room "listening to music on the phone"), secretive, anxious and her grades plummeted. Recognizing the red flags, we checked her social media and were horrified. She'd met someone in a chat room who encouraged her to question her sexuality, engaged her in bisexual role play and they were planning to meet in person!!! It happened so quickly. The content we saw was predatory and so, so scary. When we trashed the app and locked down the phone, she begged us to let her say goodbye to her "community". This app is very addictive and has devastated our family. Since taking it away and getting therapy, our happy, conscientious, daughter has reemerged. She says the compulsion, disguised camaraderie, escalating mixed messages, shame, and encouragement to hide content from parents/friends made her life miserable. IMO, this app should be illegal.

This app is horrible, my child started enjoying stories and added their own stories, to begin with but it didn't take long for the private chats to start! I checked the phone and was shocked at the sexual content my child was exposed to using this app by people claiming to be in love and the only person you can trust. It turns children against their families and isolates them so they feel they need to be on this app Day and night chatting to these sick twisted people that ultimately end up making them feel depressed and suicidal because they feel alone in their own home not wanting to seek help! Keep your children off this app and be sure to check other apps that allow private chats because these people also add your children to other apps as a backup chat system.

Keep your young teen away!!!! My daughter and her friends are obsessed with this app. I found my child in communities and role-playing with strangers slowing progressing to sexual content. She feels that she NEEDS to be in this app and can't be without it. After removing the app she finds ways to get back on secretly. It has caused emotional harm to her. I am going to have to seek counseling for her!! Bullying, sexual content, and the fact that you don't truly know the ages of the others you speak to in this app!! It's horrible!!

Does Amino App Have Parental Controls?

So far, we’ve established in this Amino app review that it is not a safe app for kids. Now the question is, does the app have features that offer parental controls?

The simple answer is no. The app simply asks you at the time of creating an account that you’re 12 years of age or above. As we mentioned earlier, a lot of content on the app is easily 15+, and in some cases 18+. Also, any child can lie about their age and create an account.

The Amino team does moderate the chats, groups, and users. However, as the case is with most social networks, lots of problematic content flies by unnoticed. As far as privacy is concerned, the app doesn’t share personal information or the location of its users. However, that doesn’t mean other users can’t ask for these details on chat.

How to Keep Children Safe On Amino App?

Now that you know about the dangers of the Amino app, here are three things you can do to make sure your child is safe on the app.

There’s no reason why a 12-year old should be on an app like Amino, despite what their rating says. In case your child is already using the app, make sure to get it deleted because you can’t always have your eyes on them. Talk to them about the dangers of the app and offer better alternatives that help them in their development.

2) Teach Your Child About Online Safety

This is very important, but unfortunately, many parents don’t do it. Educating your kids about how to interact online, what signs to look for in things to avoid, and what privacy means can help them have more meaningful interactions online and refrain from the dark side of apps like Amino.

3) Use A Parental Control App to Ensure Their Safety

Apps like FamiSafe make it easier for parents to ensure that their child is safe from adult content, cyberbullying, and mobile addiction. The app allows you to block apps you deem inappropriate for your kids. The best part is, you can monitor how much time your child is spending on a particular app. This allows you to restrict the time they spend on Amino so that they don’t become addicted to it.

This Amino app review should have opened your eyes to what happens on this platform. The app certainly has communities that your kids can relate to, such as sports, cartoons, and the like. However, it is also home to some disturbing content which you shouldn’t expose your kid to. With the help of FamiSafe, you can ensure your child is spending quality time on their phone.