What is macOS Mojave? The Ultimate Review for You

Things You should know about macOS Mojave

macOS Mojave is the 14th version of Apple's Mac announced on June 4, 2018, at Apple's Worldwide Developers Conference and late released for public on September 24, 2018.  It’s a Unix-based operating system. Apple named Mojave on the name of the famous Mojave Desert. It's a stable, similar, and fast operating system as compared to previous versions of macOS. The latest update on Mojave was on March 24, 2020.

It is different from the Mac operating systems that used from 1980 to 1990.macOS Mojave is very restrictive compared to macOS High Sierra when it comes to compatibility with old Mac computers and laptops; it requires a GPU supporting metal. The integration with Twitter, Vimeo, Flicker, and Facebook was removed in Mojave, included in the previous version OS X Mountain Lion.

Suppose you are wondering about macOS Mojave requirements. In that case, you should know that Mojave is free and currently supporting devices having metal GPU and those Apple MacBooks and desktops which introduced after 2012. We will do a detailed review of the macOS Mojave in this article. Let's start with new features that Mojave included by inspiring from professionals, and now they are available for everyone on Mojave.

There are some significant changes done Apple done because people were requesting for years to add those features. In this part, we will explain some of the extraordinary features that provide a great experience.

One of the most extensive feature about macOS Mojave is Dark Mode. People were requesting Apple from yeas to add this feature, and finally, in 2018 in WWDC (World Wide Developers Conference), Apple surprised people by introducing this fantastic feature. It is a dark-gray color scheme, and you can turn it on and off from system preferences. 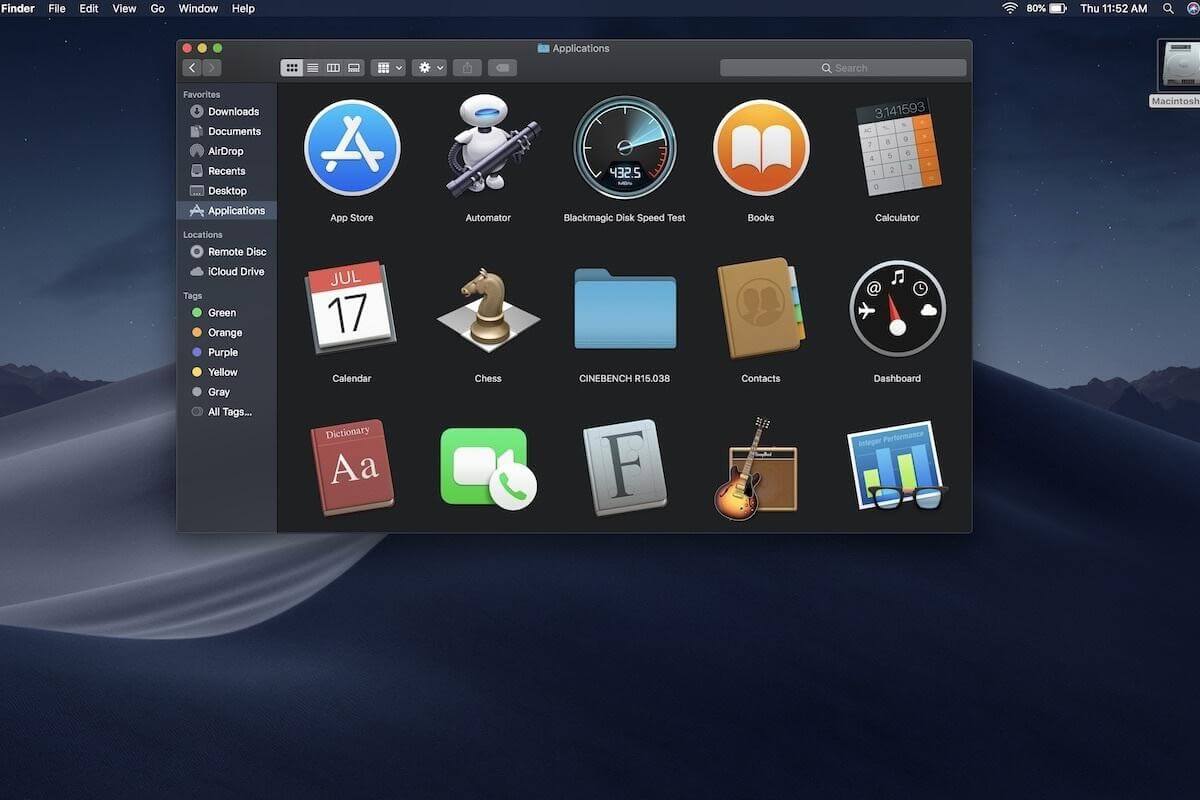 Apple was using gray or blue color in most elements of its user interfaces for the last decade. But Mac Mojave is presenting eight accent colors, and it's a new experience of users that have used Mac operating systems before. 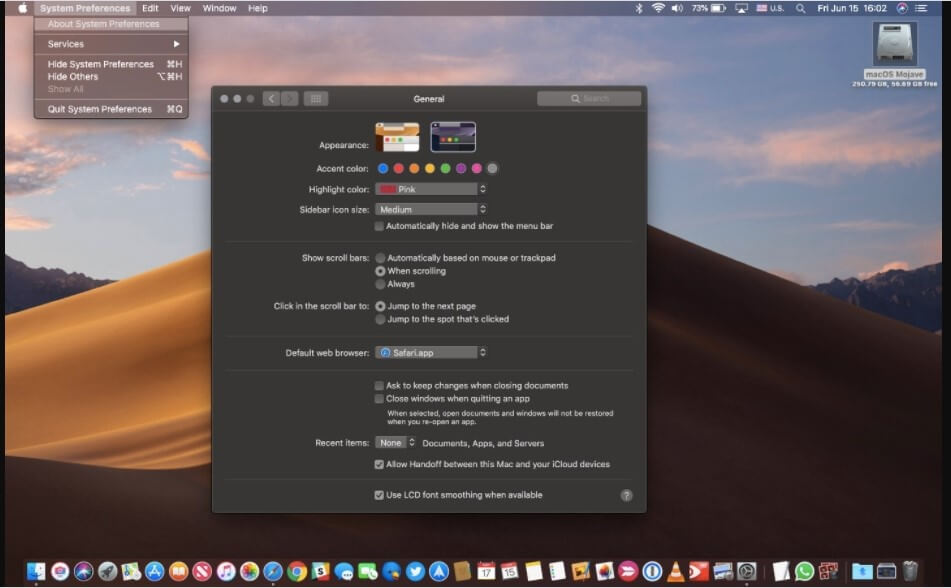 It will not work anywhere as some cases don't support dark mode, but it's a positive thing, and it's here you have been anxiously waiting. You can use dark mode while exploring content, searching on the web, and editing images. But in some cases, you won't find this much focus. It's effortless to switch between Dark and Light Mode by toggling.

Another fantastic and helpful feature introduced in macOS Mojave by Apple is Stacks. It helps to manage your desktop in an organized way. It collects files in the form of groups based on their file types, such as images, text documents, audios, videos, and PDFs. You can sort stacks by filtering based on date modified, date created, last opened date, tags and names. Your desktop won't be messy any more with the new Mojave macOS. 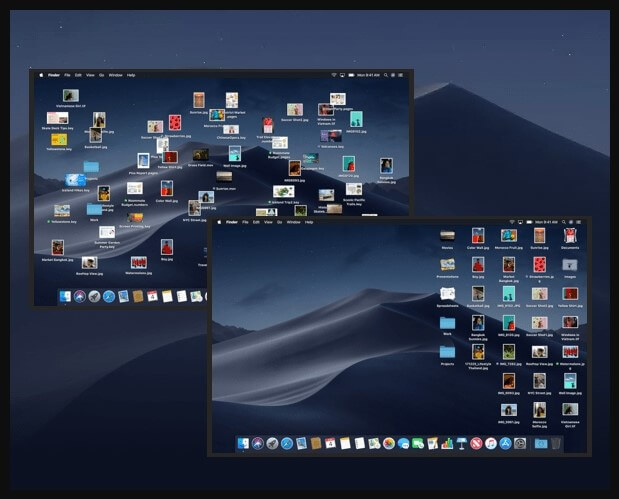 The way of taking a screenshot in the new Mojave macOS has changed. You can take a screenshot similarly as you take on an iPad. Apple has added a new efficient shortcut key for capturing screenshots as ⇧ Shift + ⌘ Command + 5. Apple has included further options for your assistance, like what kind of screenshot you want to take, such as video, app screen, full screen, or customized screen. You can edit the captured screenshot at the moment with editing tools that Apple has provided. You can record your screen, set timer, and destination as well. 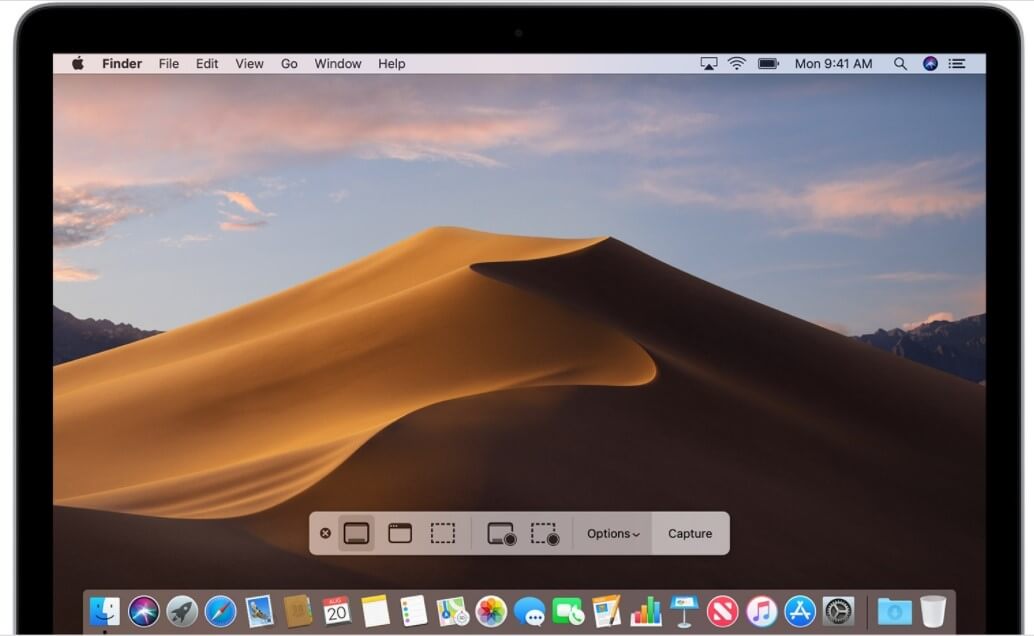 Apple introduced a new feature in FaceTime that was about Group FaceTime in October 2018. Now 32 users can chat simultaneously, whether it's audio or video; it doesn't matter. 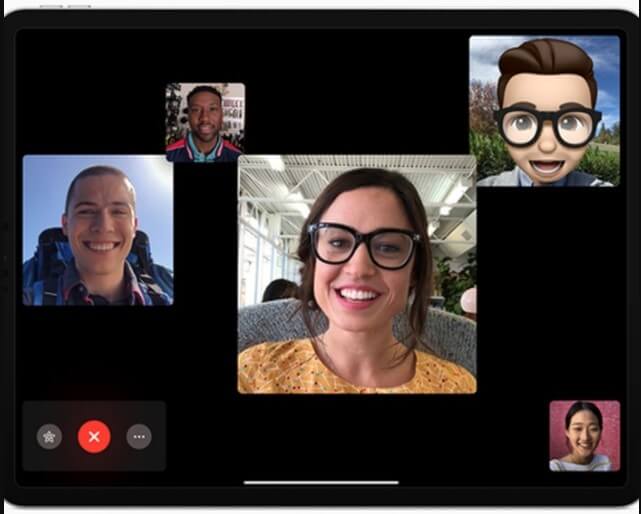 This function that Mac Mojave has introduced is very beneficial for those who are interested in photography. Continuity Camera turns your iPhone or iPad into a handheld, portable, wireless camera that you can use to take pictures or scanning images. In a few moments, those pictures or scanned documents will appear in your Mac. 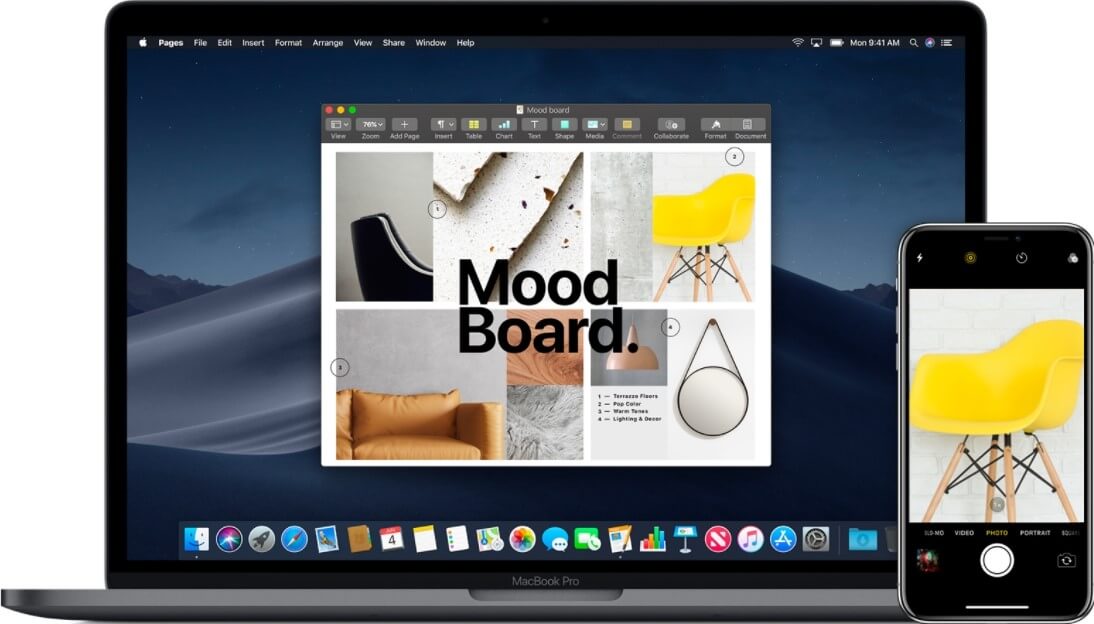 Tips for Users to Make Productive Use of Mac Mojave

Pros and Cons of macOS Mojave

Can my Mac run macOS Mojave?

As we have mentioned earlier in this article that to run Mac Mojave, your Mac laptop or desktop needed to have a metallic graphical-acceleration framework. Apple said that Mac Mojave is only compatible with MacBooks and desktops that were introduced in the mid-2012 or later and models from 2010 and 2012 Mac Pro models, but they need to have Metal-capable graphics cards. Mac models are compatible with macOS Mojave are listed below:

Make space before installing Mac Mojave, delete all unnecessary files and apps that are not in use. You can move your data to an external drive as well for making some space.

Suppose you are wondering how to check the Mac version and year of the model. Then, follow these simple steps click on the Apple icon that’s appearing in the upper-left corner. Then click on About This Mac, and it will show you the year of its model next to the name.

FamiSafe: the most reliable parental control app for Mac

Mac has been preferred by today's kids and as parent, it is necessary for them to apply certain parental control to keep their children safe from online dangers and help them form a good digital habits. Parenting will be much easier if you use FamiSafe.

Here are some of the note-worthy features of FamiSafe:

Mojave is a fantastic update by Apple for its users waiting for years to see some better change in their Mac laptops or desktops. The extraordinary feature that Apple has introduced and improved never found in the older version of macOS. Such as Dark Mode, color accent, New Finder enhancements, screenshot enhancements, stacks, and FaceTime Group. If you are a Mac user and your MacBook or desktop supports Mac Mojave, we would recommend you to try it once.