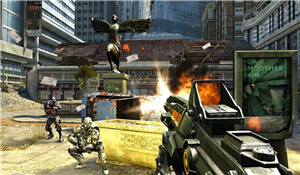 The ease of access to games is at an all-time high. Kids today can play games on computers, consoles, tablets, and mobile phones. As a parent, you should consider what type of games your kids should be allowed to play.

One genre that many parents seem to have concerns about online shooting games. Shooting games are exactly what they sound like - players shoot each other in order to complete the objectives of the game or match. These can be games that look realistic such as Call of Duty: 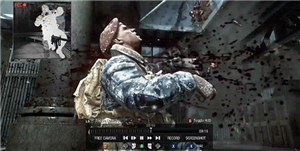 And colorful, fun games such as Overwatch: 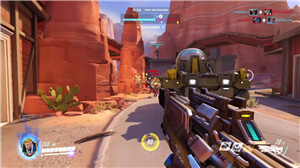 Despite the vast difference in graphics and realism, the nature of these games remains the same - shooting your opponent. As a parent, you should be concerned about the type of games your kids play.

There are many other studies that correlate aggressive tendencies in kids with shooting games. Given their violent nature, should you block shooting games for your kids? To answer this question, let's take a look at some of the most popular video and mobile shooting games today. 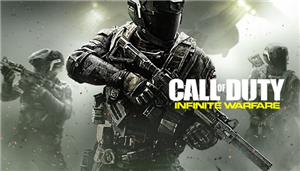 Call of Duty is one of the most recognizable shooting game franchises of all time. Most games in the series have an age rating of 18 years due to the violence and use of strong language. The premise of the games typically involves navigating through wars and completing missions along the way. The series is also infamous for its Zombie mode, which adds horror and gore elements to the game as well. 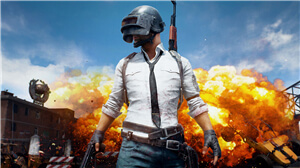 This battle royale game is perhaps best known for its mobile versions on Android and iOS devices. PUBG is the most popular mobile game today with an age rating of 16+ to 18+, depending on the region. The game involves eliminating opponents with the use of a wide range of assault weapons in order to win a match. It also has voice chat where your kids might be exposed to bullying and harassment. Many media outlets have reported cases of PUBG Mobile addiction and its toxic community. 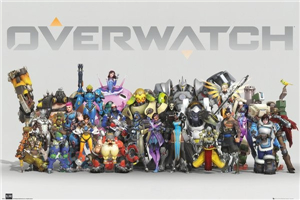 Overwatch is a popular team-based shooter game with a cartoon-like look and colorful characters. However, that does not mean the game is not violent. After all, the objective of the game is to kill the opponent with a variety of weapons. One character in the game (Reaper), yells "Die, Die, Die!" when using his special move. The chat (direct and voice) feature of the game is also toxic, with players often using foul language against each other. 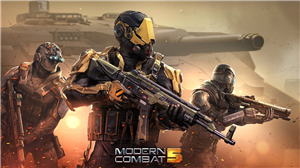 The Modern Combat series shares similarities with Call of Duty and Battlefield series. Available on Android and iOS, Modern Combat is known for realism where players have to clear objectives by eliminating terrorists using assault weapons, bombs, knife attacks and much more. With millions of downloads on Android and Apple devices, these games are readily available to kids who have access to mobile phones. 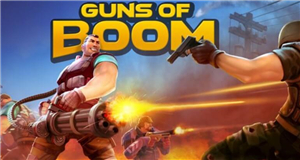 Known as Gods of Boom on Android and Guns of Boom on iOS, this is another example of a game that may have you fooled because of its cartoonish look. This player versus player game features heavy assault weapons, grenade launchers and more. It also has a chat feature where your kids may interact with other, unpleasant players.

How to Block Shooting Games?

Most of the popular shooting games today, be it on computer or mobile, are not appropriate for children. So it's better to be proactive with what your kids play and watch. Now, let's discuss how to block shooting games on computers.

For Windows 10 users, Windows Family Safety is a convenient app. It allows you to create accounts for kids. You can easily monitor their online activity and block apps, games and websites that you don't want them to use. You can also limit the time spent on profiles and control the purchasing activity. Parental controls are also available as built-in features on Mac systems.

When it comes to mobile devices, your best bet is FamiSafe. Available on both Android and iOS devices, FamiSafe gives you complete control over what games your kids can play, what websites they can visit, what videos they can watch, and how much time they spend on their mobile phones.

To address the problem of shooting games, you can use the App Blocker feature to block your kids from downloading them. Now you must be asking, "Can gun games be unblocked?". Yes, you can unblock them from your device, but your kids cannot.

The Phone Activity Monitor enables you to track which apps your kids use and which ones they download or uninstall. The Smart Schedule feature lets you set time periods during which your kids can use their devices, and limit the number of hours they spent on them daily.

A major concern for parents is how easy it is for kids to consume explicit and dangerous content with mobile devices. FamiSafe has features to track, detect and report dangerous content on Facebook, Instagram, Twitter, YouTube, WhatsApp, SMS and more. Using keywords, you can detect signs of adult content, cyberbullying or harassment. Through web filters, you can restrict access to websites and monitor the browsing history as well.

If that's not all, the app logs the location history of your kids and enables you to track them in real-time. You can also set "unsafe zones" and trigger warnings whenever they are close to these zones. Overall, it's the most complete parental control app that goes beyond blocking online shooting games.

Take Your Child's Safety In Your Hands

There is no denying that video games can have a positive impact on children, as many studies point out. In fact, many schools are adopting skill-based games into their curriculum to help children develop critical thinking and problem-solving skills.

However, shooting games are a different story altogether. Violence, foul language, unmonitored chats and addictive nature of these games can have a long-lasting impact on your kids.

As a concerned parent, it is your job to ensure your children are not playing video games that incite aggression and violence in them. With the use of parental control apps like FamiSafe, you can protect your child from games and the toxic communities that come with them.

Click here to download the FamiSafe app and take your child's safety in your hands. Available on Android and iOS devices.