Parents Need to Know| The Effects of Video Games on Children

The Effects of Video Games on Children

A video game is an electronic game that involves interaction with the user interface. It is a digital game that can be played anywhere if you have the required mobile phone or console. The video game has always been very addicted to the children no matter what the video game is and at what device. Children playing video games are very much addicted to it. Video games are of different types and can be played in different ways. FamiSafe is an application that keeps parents the guard of their children on their mobile phones. FamiSafe gives all the access to the parents of their child's mobile phone. 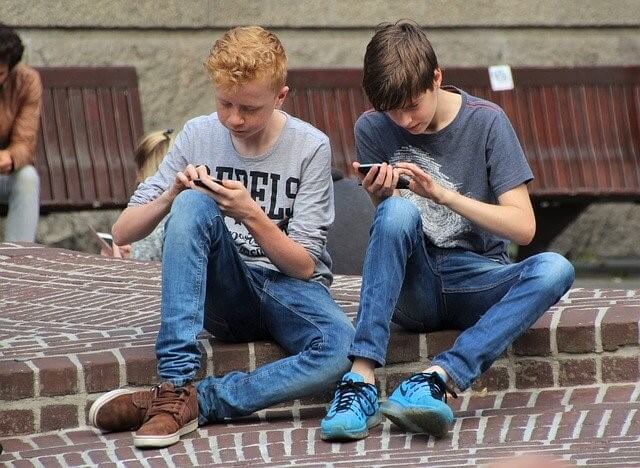 Games have been rated by the entertainment software board system (ESBS), but children should be well monitored and observed while playing as a parent. FamiSafe is a parental application for Android, iOS, and kindle fire with so many features to watch his/her child. As many of the video games are being played on smartphones and tablets, FamiSafe is a trusted and reliable application for parents to see their kids' activity on their mobile phones. 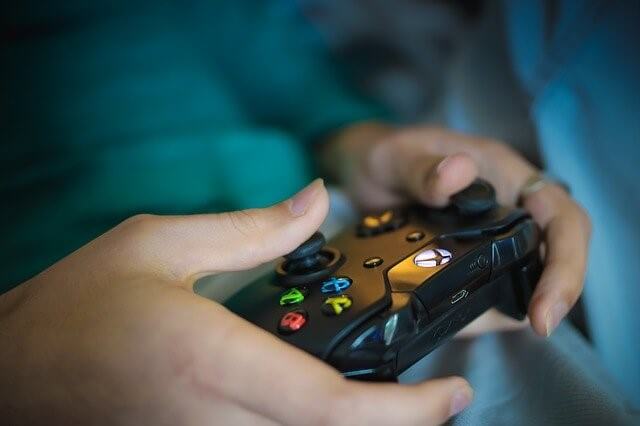 Video games are always very fascinating and full of colors. Like body exercise improves and maintains the fitness of the body and health; likewise, mental wellness and health is done when video games are played. Video games have many benefits until and unless the benefits are taken from it. The effects of video games on children are very much impactful. Out of many video games' consequences on children, one of the most primary is the "addiction" of video games. World health organization and American psychological association has identified gaming disorder as a behavioral health concern.

Children are struggling with their grades, learning, and thinking capability due to the gaming effect. Children should be well monitored while playing video games. These days the video games are now being online. That means that online interactions with the stranger the child didn't know about. Cyber-bullying and imperil are now part of online crimes. These online video games are part of that because you never know who is on the other side.

Everything in this world has Pros and cons, no matter how beneficial it is or not. Parents should always monitor their children while being on their smartphones, whether using social media apps or playing games. The parental app, i.e., FamiSafe, shows all the data of their child's smartphone. No matter how beneficial children playing video games can be, it is the parent's responsibility to look after their mobile phone through the application, i.e., Wondershare FamiSafe. 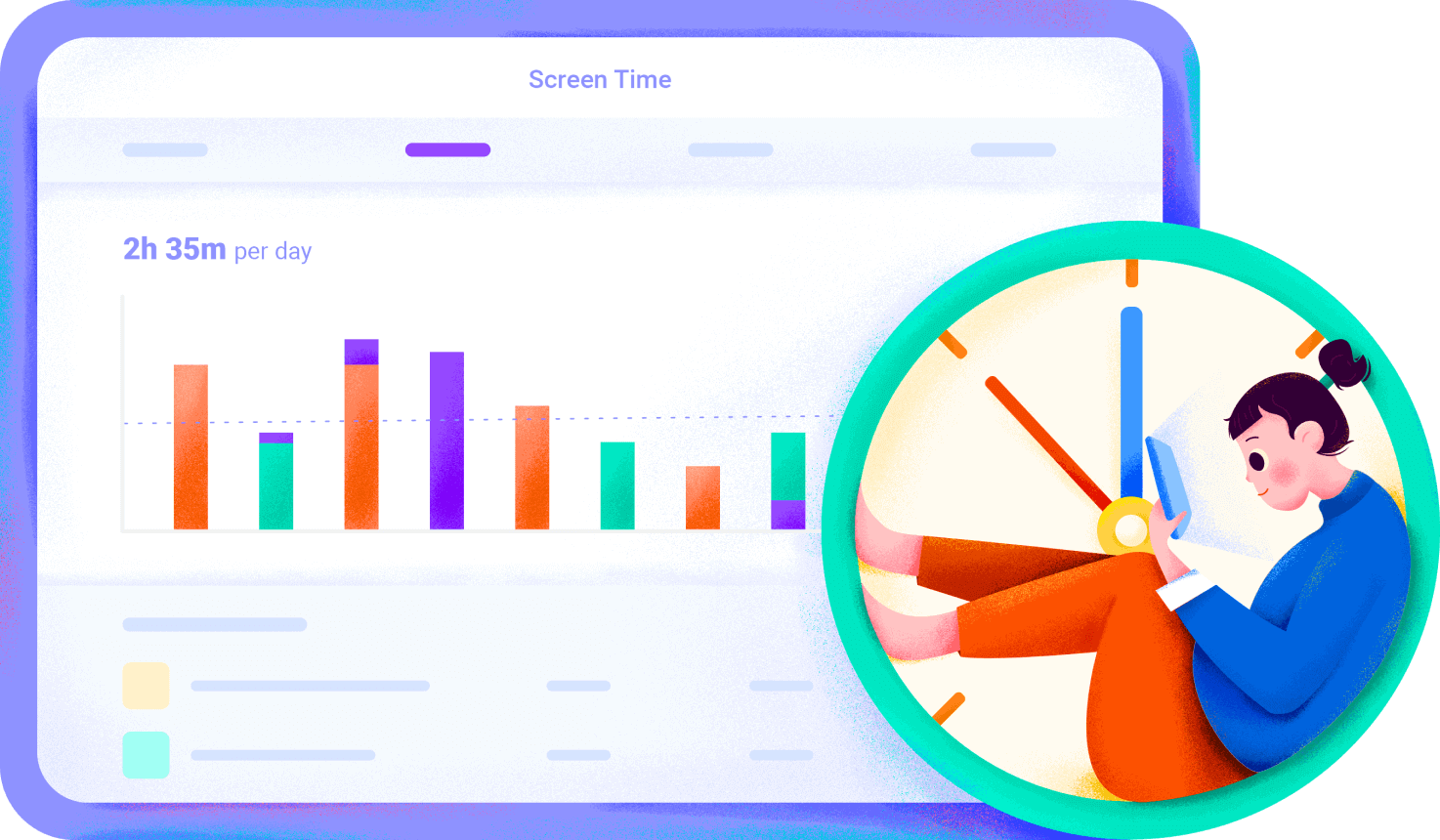 While playing video games, the person is very much likely to remain active and focused because while playing video games. A person cannot be inactively overcome it. So, in a significantly less period, he/she has to coordinate their visual, audile, and physical movement. FamiSafe allows the parent to observe their children playing beneficial games.

The effects of video games on children have exposed them to think in significantly less time. In a video game, the person has to consider to make the next move, and there is no capacity of mistake within a given time.

The video game requires both audible and visual memory. The gamer has to listen to the instruction given at the beginning of the game.

Video games required a lot of attention and concentration to play them. Due to which children playing video games are very much concentrate on whatever the work they do. Moreover, Parents need to look after the video game their kids play. A game should be concentration taking rather than inappropriate video games. 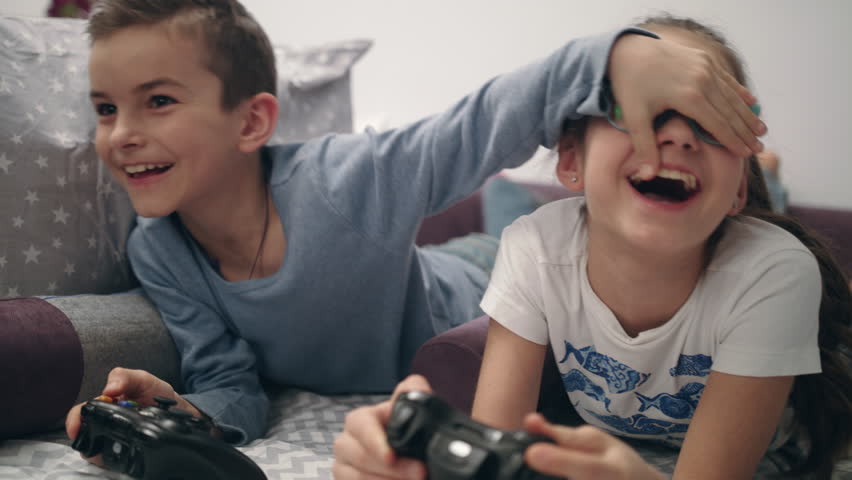 Video games are made in various aspects and perceptions taking global creativity and thinking. Many things a child or person cannot learn in any school or anywhere can learn from these video games. Cognitive and creative skills increased while playing video games.

In the effect of video games on children, there are many negative aspects too. So the cons of playing video games are:

Many video games have violence and bloodshed in it. An immature child gets affected by it. Power becomes widespread For him because he sees and creates violence in the game daily.

Children playing video games are very much likely to be tolerant and impatient because in video games, no matter what the situation is, the player has to take action, whether it's good or bad. But its real life it is not always taking action.

Video games are very much addictive. The interface and the gaming feel is getting more realistic and faster. It has made many children addicted to playing video games. For this issue, the app block's FamiSafe feature can block the app whenever the parent wants to.

How to install FamiSafe application

What FamiSafe can do when your kids' playing video games

FamiSafe is the most reliable parental control apps. FamiSafe is an application for parents that have made the parental more quickly in this era of technology. In this new generation of technology, all the inappropriate acts done on the ground level are also being done online. FamiSafe is available on Android, iOS, and kindle fire.

To overcome the issue of children using their smartphones and getting addicted to it. FamiSafe comes up with many features to overcome that. FamiSafe has covered all the aspects of monitoring and controlling a parent should on their child's smartphone. The features of FamiSafe that can be used for kids playing video games are:

FamiSafe allows the parent to set the intelligent screen-time schedule. In the screen-time plan, the parent can monitor the screen time of their child. Knowing the number, time spent on which application. If the kid is spending hours and hours on the video game, the parent can block the device for a certain period to not get addicted to it. 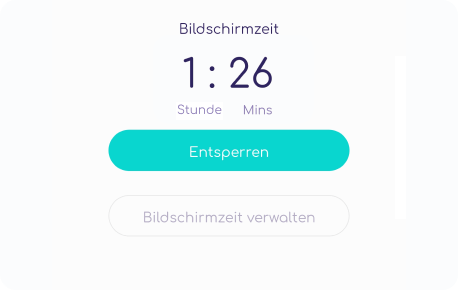 FamiSafe gets access to the parent to know about any video game or content being visited, searched, or downloaded. Some keywords can also be set so that the parent will get a notification whenever the child searches those keywords. Any dangerous or inappropriate game can be detected easily.

FamiSafe is an all-rounder for parents. FamiSafe prevents children from getting addicted to video games. FamiSafe interface and user are easy to understand and quickly memorized. FamiSafe can help this era of technology because if a child is going somewhere, the parent knows. But if the child is visiting anything on the internet, the parent doesn't know. FamiSafe has various features depending upon the function the parent wants to apply to their child. So, FamiSafe is a platform that has to fill up the gap of safety and taking care of the children online. 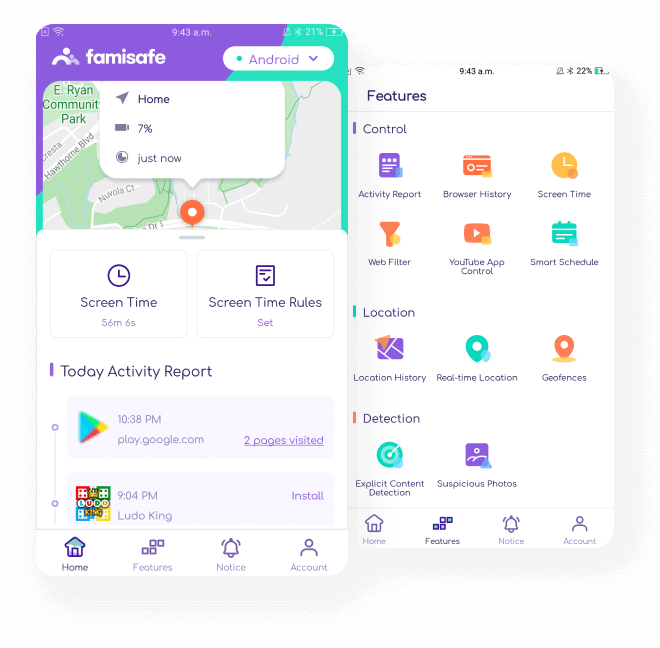 The effects of video games on children are both beneficial and damaging. Anything that is excessively used can be harmful. So, in the teenage, the mindset is very immature and can easily fall into anything that seems to be heaven, but it isn't. Video games were invented many years ago but have evolved a lot to date. Video games were always attractive no matter they were released in the early 70s or 21st century. Video games were meant for entertainment and fun. But is the child is playing it excessively, he/she will mostly get harm out of it. FamiSafe app can get over this problem of video game addiction. Parents are very much worried about their child's health and future.