Video games have become a part of the lifestyle for children. And when you have Xbox filled with amazing and mind-blowing games, your kid may become obsessed with video gaming to a level, where as a parent, you need to step in and manage things. 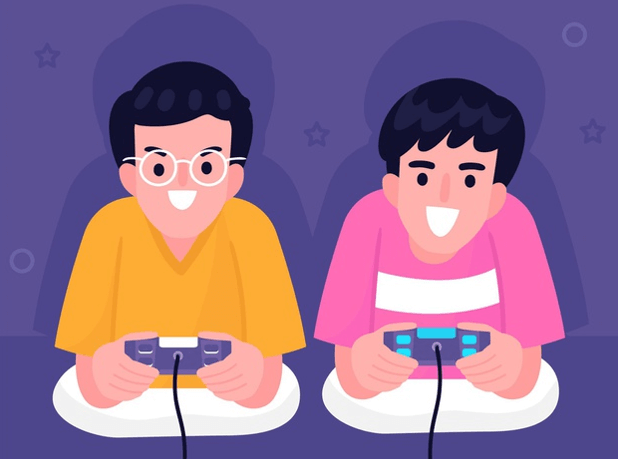 Xbox Games such as Forza Horizon, Fortnite, and Minecraft give kids an incredible and thrilling gaming experience but being too much involved means neglecting education and remaining confined within the home space. If you suspect the same for your child, it's high time you learn some Xbox screen timing tricks to take charge of the situation.

Does Your Child Often Play Games On Xbox?

Xbox One is an incredible console developed by Microsoft. With features such as allowing users to play games on Windows 10 or using your smartphone as your controller, your kids may remain glued to the screen, finding the smooth gaming aspects of the Xbox irresistible.

If your kid also loves to play Xbox games without budging even slightly, you need to appropriately set Xbox screen time, making sure that your kid is socializing and is also taking part in physical activities.

How Much Video Gaming Is Suitable For Kids?

In an investigation performed by a Spanish investigator, it was determined that one to nine hours of gaming per week is safe for kids, whereas exceeding the nine-hour limit is not recommended for children between ages 7-11 years. 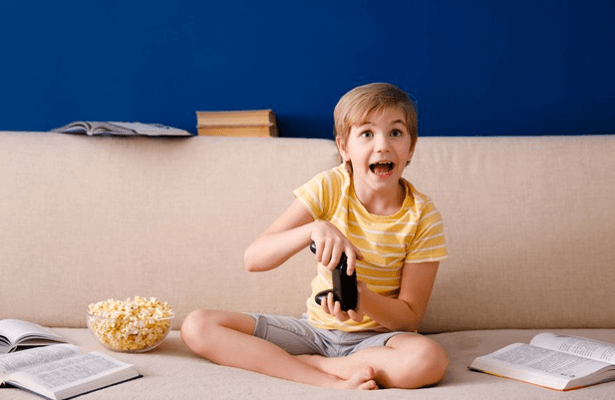 This means that parents can limit Xbox screen time to one hour on weekdays and two hours on weekends.

Every situation has two sides, and the same goes for Xbox gaming. On the one hand, video gaming can boost a child's motor skills and improve his/her reaction time, but excessive exposure to video games impacts a child's behavior, social life, and at times his way of thinking.

The following reasons lead parents to limit Xbox screen time and prevent their children from playing games the entire day.

Being too much involved in the gaming world limits children's interpersonal skills. They prefer to live in their own comfort zone alone and avoid interacting with people outside their digital world. To boost their self-confidence and help them mingle around, it's essential to keep them off the screen.

2. Lacking Behind In Studies

If you feel like your kid is pushing his homework aside to play more video games, this is a bad sign that could danger his/her future. So, as a parent, you have to limit his Xbox screen time. No doubt Xbox is an extraordinary gaming platform, but kids shouldn't lack behind in studies and jeopardize their future.

At this stage of life, kids need physical and outdoor activities. Being overly indulged in the gaming world and avoiding taking part in recreational sports affects a child's cognitive and physical development. Besides, eyes fixed on the screen for day-long can affect your child's eyesight significantly.

Does Xbox Have Screen Time?

So, how can you keep a watch on your child's Xbox screen time?

Xbox One has a built-in Screen Time feature that enables parents to control their kids' screen time. You can set the maximum time limit for up to 2 hours. Also, different settings can be applied to the accounts of all your kids. Once your child runs out of screen time, they will be logged out of the Xbox.

How To Limit Screen Time On Xbox And Windows For Your Kids?

Although it is not possible to set screen time directly on Xbox, you can keep a tab on your child's Xbox usage by signing in through your Microsoft account.

Follow the guide below and set an Xbox screen time for your kids using the built-in Microsoft setting:

Note: If your child is new to Microsoft, create a new account for him/her by going to outlook.live.com. Create a username, set a password, and give in his/her birthday details. Once the process is completed, Microsoft will send a signup notification on the parent's Windows account. You then confirm the sign-in via your Windows account. Your child will then be added to your family group. 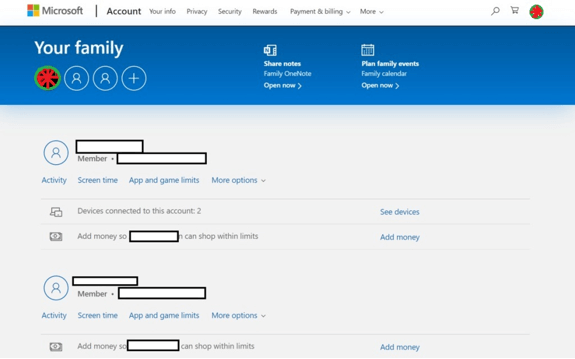 Don't Forget To Lock The Xbox.

Even after setting a time limit to your child's account, there is a need to enforce those limits. Locking your account with a password will do the trick. To add your child to your account, go through the following steps: 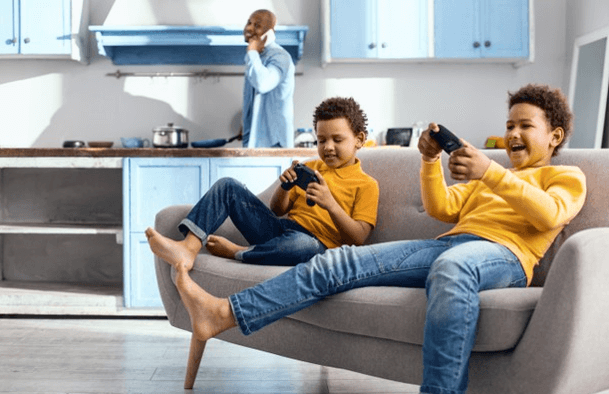 How Can FamiSafe Help You?

FamiSafe is a content monitoring app that gives parents total control over their child's internet usage. Whether it be gaming on Xbox or keeping an eye on their overall internet usage, Famisafe allows parents to keep a hawk-eye on their kids as they surf through the internet along with the apps they are using.

What Can You Do With FamiSafe?

Too much of a good thing is a bad thing, and we all know it." The same goes for Xbox gaming. As a responsible and rational parent, you need to keep track of what your kids are watching and how much time they spend playing online games. Famisafe being an easy-to-use app gives you a complete insight into your kid's use of the internet and helps you limit the screen time effectively.