Parental control is an integral and vital aspect of parenting and it has now become a point of greater concern with the advent of technology in the figure of smartphones and the internet as well. This is as the internet is a freely accessible world of endless information, and its content can be viewed by anyone with a phone and internet connection.

As a way to curb children from accessing what they shouldn’t, some browsers like Google chrome had integrated parental control features in their browsers, until recently.

So, first of all, let’s go in deep to understand the recent changes by Google Chrome Parental Controls.

In 2013, Google launched an interesting supervised users feature on its Google Chrome browser. This feature gave parents the ability to completely lock the Chrome browser on a targeted device or to block and prevent access to specified websites. It could also be used to activate the safe search feature on Google search engine to ensure the accurate filtering of Google search results to provide only contents that are safe and decent for all age range. Supervised Users also constantly keeps the historical record of all websites that have been visited on the browser. 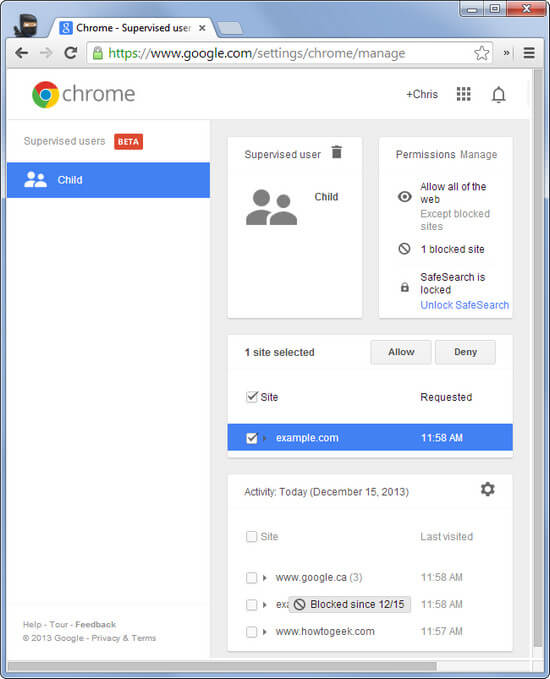 This feature was well embraced by users, but to the utmost surprise of all, in an email sent to users in January 2018, Google has decided to deprecate the feature due to evolution in how we all use smartphones and computers.

Supervised user program has not been completely taken down, but from the 12th of January, some of its features were disabled. Parents have been unable to add new users to the program, later that month, restrictions settings on the program became impossible to modify. The supervised user program is still accessible but its parental control features have been taken down.

The new alternative provided by Google is called the Family Link Parent Control Solution. This alternative gives room for parents to create Google Accounts for their children to be managed by them to view browsing history. This feature is currently only available for use on Android devices and there are no specific details on when it will be available to desktop users.

The new replacement program for parental control in supervised users for Chrome called Family link is a parental control solution. It does have a well-designed and impressively user-friendly interface, but it does come with its own limitations. Its availability on only Android devices for now till further notice is one huge set back in the program. It has left desktop or PC users and parents with no way to control what their kids view when on a personal computer.

Family link is also available to some limited geographical locations around the world. It has been restricted to function only in New Zealand, Australia, Ireland and, the United States. This is another demerit of the new program since Chrome is one of the most used browsers around the world both for personal computers and on smartphones. This restriction would be leaving millions of users who are not in this locations in the dark without means of parental control on Chrome browsers for their kids. 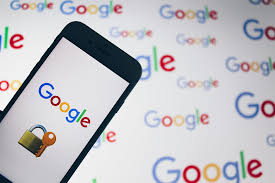 Google also made certain that the parental control would be used for kids alone since parents can only open Family link accounts for children who are under the age of 13. This simply means internet time for teenage children cannot be monitored or controlled by their parents, at least not with family Link, except an alternative program is adopted. The age limitation is quite bewailing cos it is a known fact that children get more inquisitive during their adolescence stage which happens to fall during their teenage years.

Family link is not a bad innovation by Google, but it is believed that the Parental Control should not have been taken down, at least until it could be completely replaced by Family Link or any other parental control program for chrome.

When it comes to solving parental control issues and making it as easy as it could get, FamiSafe has proven to be the absolutely perfect software for the job. It is not only the best at giving parents control over each and every activity of their children, it also makes it extremely easy at the click of a button or a few.

In the absence of Google Chrome parental controls, FamiSafe can be used to capture just every browser activity including every single feature that might be missed in Google Chrome Parental Controls.

It not only serves as a tool to view browser history and browser controls but is packed with a ton of several top-notch functions and features, some of which includes:

If you don’t want your kids to be distracted by their phones during study hours and chores, use FamiSafe. This will help you block the apps in those hours to make sure they concentrate on their work. This way, you can also make sure they don’t use their phones during the night and get sound sleep. They would only have access to the blocked apps after the time frame selected has lapsed. You can choose to make it a one-time setting or it could be daily recurring settings.

FamiSafe is an advanced geo-fencing app that lets you geo-fence as many places as you want to. It is like a virtual invisible geographical fence that makes use of GPS to know where your children have visited. You will get instant alerts when your kids enter or leave geo-fenced places at any time. This feature helps to prevent children from visiting unwanted or unsafe areas for their own safety, or just to ensure that they are exactly where they said they were going to be.

This grants parents the ability to pinpoint the exact location of their children by tracking their mobile phones. It also keeps a track record or history of locations with time and date attached to them to know where your children were and when they were there. The exact location can also be displayed on a map.

So are social apps and games keeping your children from studying or sleeping at night? You can outrightly block all such apps with FamiSafe without the need to completely uninstall the app. Blocking addictive and time-consuming apps on their cell phones can help make them concentrate better. Now block Internet and Apps on your child’s mobile devices from your FamiSafe.

Children can be very intuitive and curious to explore contents on the internet that might be unhealthy for their psychosocial well-being. The Internet is full junks even when you are not in search of them, they might just pop up in an ad. With FamiSafe, you can decide to block known websites and prevent your children from having access to specific websites by inputting the website into the control panel of the program. This will automatically prevent your children from accessing those websites. 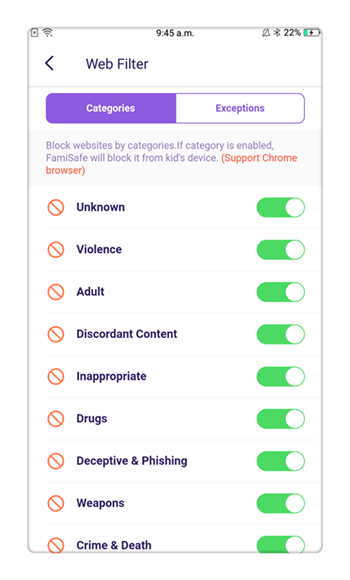 Besides blocking certain websites, you can also have access to a recorded history of all the sites that have been visited on the targeted device and when they were visited.

Google Chrome Parental controls might be unavailable to users, but you do have an all in one ultimate parental control program known as FamiSafe. It easy to setup and it has a user-friendly interface. You can try this software for free from its official website.

An alert for parents and teens

Social media and the severe effects on kids

Social media and the severe effects

Can kids bypass age restriction on YouTube without parents knowing?

Keep Your Kids Safe Online with These Tips