Emerging technologies have taken over every aspect of our life. There is nothing you can think of that is not entwined by the technology. Every dimension of our lives is revolving around digital gadgets and appliances. In today's world, Technology and its attributes affect every individual directly or indirectly. Older people, young people, kids, and teens; in fact, every human being is under the influence of this technology. Even a newborn or a fetus in the womb also has potential ramifications of technology. 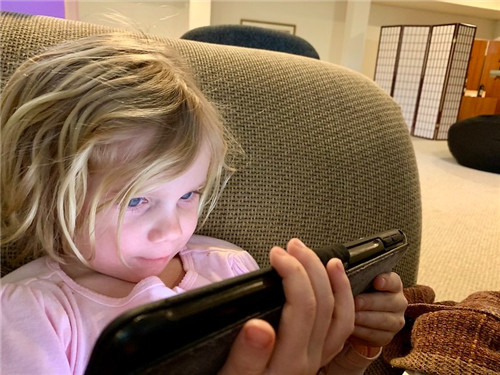 The automation and digitalization revolution has many benefits, but there are certain disadvantages that come with the package. Entertainment, Education, Encyclopedia, Heritage, Knowledge, Family, Culture, Health, Law, Social Behavior, and Psychological Behavior, all of them are highly influenced, regulated, and modified due to technology. There are lots of challenges interconnected with these, but one of them, in my opinion, is much important to observe and needs special attention.

That is, kids' online time spent and kids' online behavior. This hair-raising ultimate provocation is in consideration of every parent and guardian who is looking after kids. Because of the usefulness and expediency of mechanics and digitals, parents are obliged to put their kids online. While putting them online, they install high alert supervision to monitor their kid's behavior online.

What do kids usually do with their phones having an internet connection?. They do some cool and entertaining stuff, and nowadays, their school is also in their pockets. They play online games, social networking, and taking awesome pictures. Do you realize the most harmless activities of your kids online may have some hidden hazards and could change their behavior too? It could also invite some unwanted social demons, making your kids believe that they can hide stuff from parents, or maybe they can do some inappropriate things because it is trending regardless of right and wrong. There are more jeopardies like cyberbullying, kids getting involved in offensive content and images, someone stealing your kids' creative content, photos, and identity. And lastly, they may get a breach of privacy and might not know it. Moreover, if unattended, a kid with a mobile or a tablet can spare several hours online that could damage their eyesight, postures, psychological and social behavior.

Kids' Online Behavior Should Be Surveil

Shedding light on the potential damage of digitals and gadgets doesn't mean that a kid should be prohibited from using them completely. There are certain ways that could help parents to monitor and regulate their kids' online behavior. As diamond cuts diamond, parents should use the same technology to keep track of their kids' online behavior and make their kids follow the rules of being online and using the gadgets. 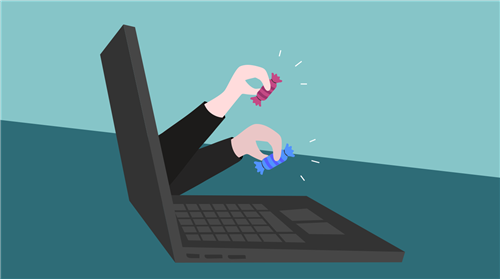 There are many parental control apps available online for iPhone, Android, and windows to help you in this regard. Nowadays, most parents are also tech-savvy like their kids, so it is very easy peasy lemon squeezy to check your kids' attitude towards internet usage and screen time spent online.

Every human being is different so are their kids. There is not any parameter or gauge which can tell you exactly what is happening to your kid, but there are some pointers which you can use as red flags according to your child's behavior. Parents know their kids the most about their habits, hobbies, likes, dislikes, sleeping patterns, and behavior. All these pointers can tell you all the secrets.

If your kid's grades start fluctuating or they begin making friends who are drastically different from the older ones. If your kids' alone time is increasing, he is doing nothing, literally nothing. You, as a parent, should be more vigilant and observing. Try an online parental control app and customize it according to your kids' online behavior. 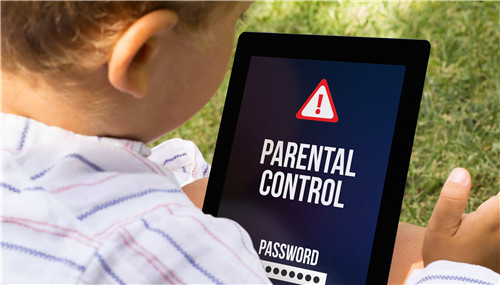 Pro Tip: Before things get worse and you start to encounter your kids, you should tell your kids what to do online; instead, you hold them responsible for doing something. For instance, ask your kid to browse some influential bloggers on youtube instead of telling them not to search for inappropriate videos. Changing your approach would change your kids' online behavior.

Famisafe for Your Kids

So, as a parent, apparently, you have done everything to monitor your kid's online behavior. Virtual scenarios are vague than in hand facts and figures. Here's come the Digitalization of surveillance. You need to set technical parental controls on the app, and you will get all the reports in front of you the moment your kid is crossing the forbidden line. Famisafe is the best available online app that allows you to keep track of your kids' online behavior. 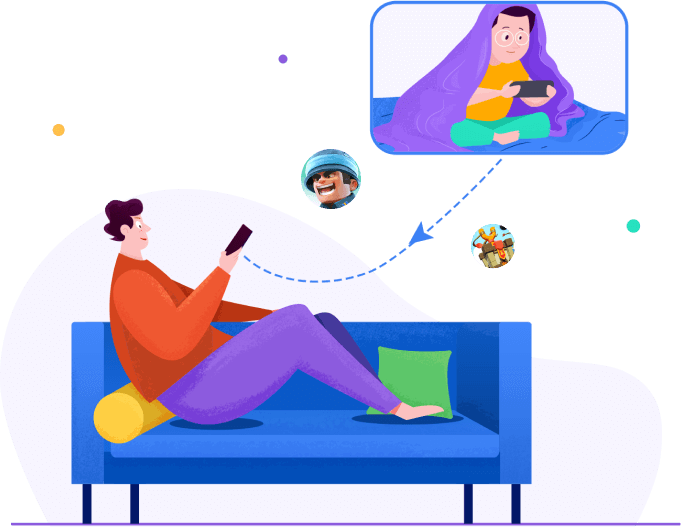 It also helps you to set timetables to regulate how much much time your kid's online. It also offers numerous functions and utilities that will help you keep your eye on your kid when they are not at home. Famisafe gives you full control over your kids' machines, i.e., smartphones, tablets, laptops, and computers, along with the liberty to protect them from harmful dangers of the web and keep tracking them when they are out.

Following is a glimpse of what kind of parental control you wish for, and Famisafe is making it possible for you. 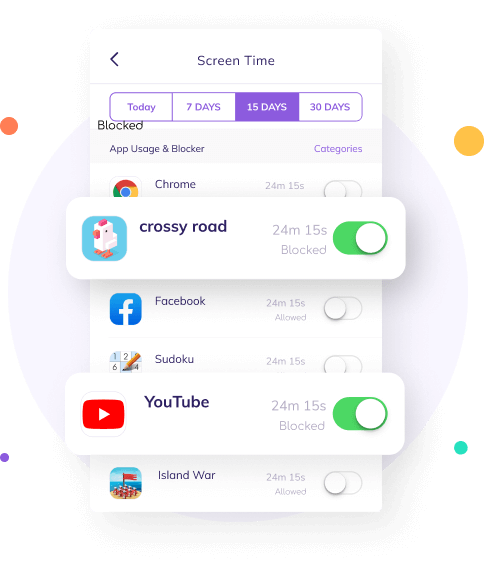 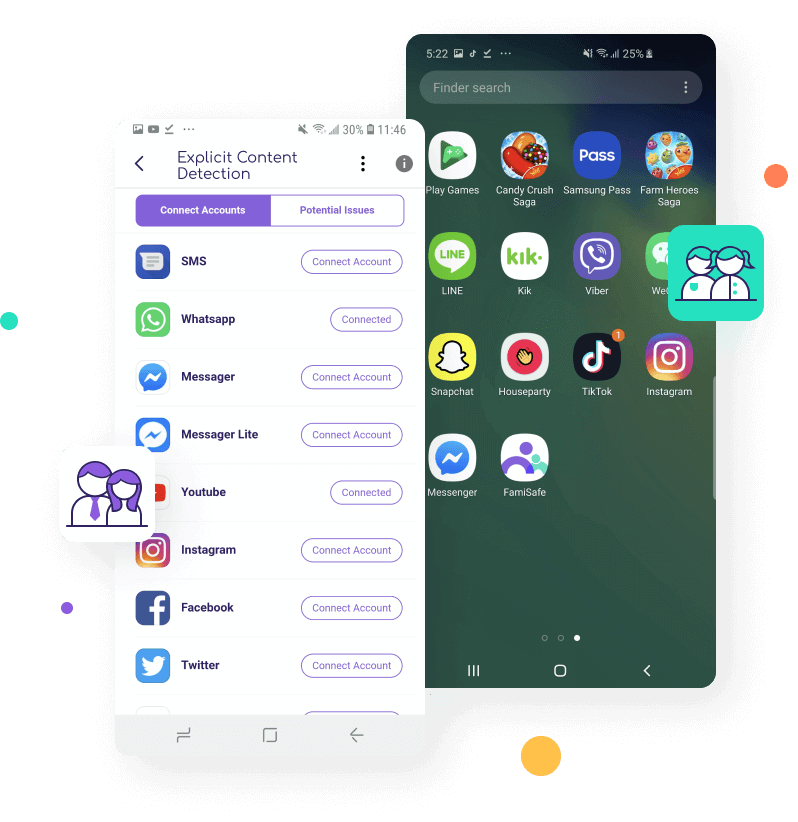 Kids having mobile phones and using digital gadgets is the new normal nowadays. In this advanced era as a parent, you should hand them over to your kids but under the supervision and controls. Practically speaking, giving smartphones to your kid is one thing, and giving them access to the entire web is another. So be wise and give them partial access with parental control. The device you handover to your kid must be in your control so that they will not get lost in the river of controversial deceptions of the internet.

Famisafe is the app that will help you keep complete track of your kids' online behavior and track time consumed using the smartphone screen along with browsing and using history knowledge of the app. As a parent, if you are worried about your kids' whereabouts and keenly want to keep an eye on them without spying on them, the only thing you need is Famisafe for sure. Using the Famisafe app for your kids will give you the ultimate feeling of safety and protection.

Effective Ways to Locate Lost iPad With Android or iPhone

How to Track Someone's Call and SMS?