Tellonym Message App Review: Is It Safe for Kids?

The world of digital age has provided yet another free social messaging app known as Tellonym, which was created by the Callosum software group. The name Tellonym was a refined acronym for the statement ‘Tell on Him.’ The app prides itself as the most honest place on the internet as it allows you to know what your friends think about you while concealing their identities.

It works by sharing links with your friends on other social platforms like Instagram, Facebook, WhatsApp, and Twitter, where they can then send in anonymous messages. You can then receive notifications and alerts of messages sent through the app, which is viewed on the app’s home feed. This article creates awareness about Tellonym, dangers involved, and ways to ensure the safety of your ward as a parent. 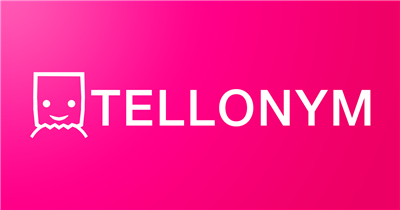 Why Tellonym App Is Popular In Teens?

On the Tellonym app, you cannot send pictures, videos, and any media. All that can be transferred is messages in text format only. The real pleasure here is its ability to message anonymously without the need to register an account. Tellonym App sets to resolve issues that have to do with social anxieties in young ones. This means many young kids or teenagers will be able to express his or her opinions without fear. Although it may seem anonymity in young ones is not a good idea. The Tellonym app gives teenagers the motive to send and receive honest opinions about each other.

Teenagers are usually curious about what other people think of them, and the Tellonym app gives them a clean slate to act impulsively. That’s why it has generated a high rate of usage and abuse among young ones these days. With the Tellonym app, you can also post or receive feeds which you can comment directly in the case of registered users.

No app or platform is truly dangerous. They were normally created for a positive need, and such is the case of the Tellonym app. The true danger here is how it is being used in a general context, and its use by kids or teens is considered dangerous. Teenage years are indeed perilous times where they pick up on new behaviors and desire to be very expressive. Anonymity at this stage of life will be misused to direct their impulsive behaviors to their age groups. Therefore, there is a need for parents to be aware of the dangers your kid or teen could face when using the Tellonym app. They include;

The danger of Tellonym app 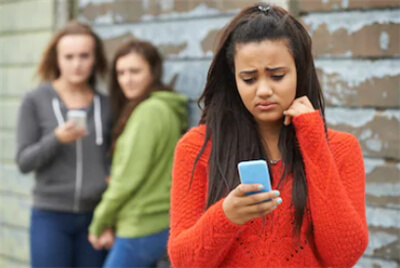 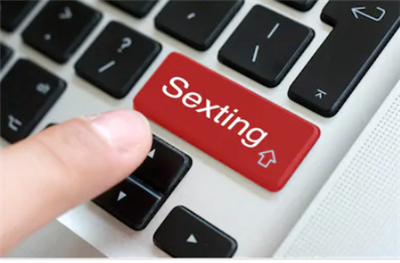 Many reviews from commonsensemedia about parents of kids that use the app complain tremendously about cyberbullying. Here are some of them;

If I could give it 0 stars, I would. It’s a platform for bullies, cowards, and trolls. Being anonymous lends itself to the cruel west of worlds with no consequences. If your kid has the app, it’s in your best interest to check it daily or delete it!!!!
Written by Juliecrd”

My daughter has this app, and it is nothing but a platform for bullying. I wish that I could give zero stars. I also wish I could post a screenshot of the threatening messages my daughter received.
Written by HPowers 17”

This app should be banned. It courses nothing but trouble for my daughter and her friends. People tell to kill herself and calling her bad name! Apps like this should be banned from society
Written by Starlight moonshine”

This app is a classic cyberbullying enabler. Avoid avoid avoid, at any age.
Written by pmonks (parent of a 14-year old).”

What Age Is Tellonym App For and Can Predators Hide Age?

The Google Play store states the app to be restricted to users from age 17 upwards. However, according to Tellonym terms and conditions, Tellonym states that an average user should not be less than 13 years of age. It is advised for parents to monitor kids using the app and is below the age of 16. Also, the Tellonym does not have an age verification feature, which there is a risk of your teens falling into the hands of online predators that hide their true identity and pose as teenagers.

What Can Parent Do To Protect Kids?

1. Educate kids on the use of media app:

As a parent, it is your role to dutifully research the Tellonym app and educate your kids on how to use it safely. The app does a decent job of ensuring safety as it requires parental permission to use for Kids below the age of 16 years. However, that is not enough as kids are smart, and it just takes an option to input the wrong age. Besides, you need to educate your kids on how to maximize functionalities to keep their sanity when using the Tellonym app. The functionality can include but not limited to blocking and filtering.

Tell them what they should and shouldn’t do on feedback messaging hub like Tellonym. When educating them, take time to remind them that all messages on the Tellonym app are sent privately by default and should ignore or report inappropriate content.

As stated earlier, the Tellonym app does a good job of providing proper parental control features through Language & custom word filters, setting safety code, and blocking mechanism. However, you need access to your kids’ devices to carry out this functionality. You can use the custom word filter to add an inappropriate word that is removed automatically once sent to your kids' Tellonym account. You can also block people you don’t want your kids to interact with. Once you have modified a particular setting on your Kids Tellonym account, you can always set a protection code to prevent your kids from changing the settings.

There is a need to set downtimes or gadget-free times for your kids’ to reduce the obsessive use of Tellonym or other messaging apps. This will allow them to focus on some other important activity and reduce the risk of being exposed to dangerous social vices.

The best way to keep updated about what your kids do on their mobile devices daily and remotely is to use the FamiSafe app. The FamiSafe is a parental control app that can be installed wither on an iOS or Android device. It requires dual installation on both Kids' and parents' phone to function effectively. When put to good use, FamiSafe helps you as a parent to protect your kids against the dangers of the Tellonym. It comes with the following:

The Tellonym app brings anonymous messaging into reality and allows its users to express themselves without necessarily revealing their identities. It has experienced a massive surge in use, mainly among teenage groups. However, its anonymous feature entails exposure to several social vices that could set imbalances in your kid’s emotions.