Introduction: What is kids messaging app?

In the good old days, messaging our crush or love is the first thing we (as a kid) used to do as soon as we hit back home after the school. And since, it was through SMS, it was quite safe in terms of privacy and security. But now, with the evolution of technology, there are several texting apps for kids to stay connected with friends and people. But are they really safe? Well, the goods and the bad of the emerging technology go hand in hand. Similarly, kids messaging app on one hand enables you with the privilege to get in touch with your friends and family. While on the other, it also opens doors for the aftermaths of sharing their private content over with friends and other people. We all know the benefits of texting apps for kids. But ever thought about possible dangers that kids messaging app can bring in? Well, let’s discover some.

The danger of kids messaging apps

In the modern era, by the 7th grade, almost every other teen has possession of a smartphone. It is indeed helpful at times but during the adolescence period teens get familiar with lot of psychological, sexual and social development. This is when a normal conversation can possibly take dangerous turns. Let’s understand how.

When adolescence hits the teen, they get curious about their sexual desires and is the time when the teen sexting conversations actually starts. Sexting over SMS is quite boring as you can only exchange text messages. But with the modern day kids messaging apps, sharing explicit images or videos is no less than a cakewalk. The solicited request can be made by either of the teen involved in the conversation. Teens do share their highly compromising pictures or videos over kids messaging apps without giving a single thought about the aftermaths of it. Sharing or having possession of such explicit content of teens (less than the age of 18) is an act of child pornographic offense.

Unfortunately, the aftermaths are very dangerous of sharing explicit content over the kids messaging apps with friends or with someone you just met over the app. Most teens’ lives get shattered when their highly compromising pictures or videos go public. It, eventually, leads to Cyberbullying and humiliation. Once such an image or video goes public, it just can’t be revoked back. People may hide such stuff behind firewalls or can capture screenshots to make use of it as per their wish.

As discussed above, sharing or having possession of any sort of nude picture or video of a child aged 18 or less is considered as child pornography. Sharing or receiving any such content is strictly prohibited and can lead to legal repercussions. Therefore, even if a teen sends their or someone else’s images or videos with nudity to anyone or keep hold of it, it can be considered an act of distributing or possessing child pornography.

Several kids messaging app are popular these days that can prove to be dangerous. For this reason, we collated some of the widely used and best messaging app for kids. 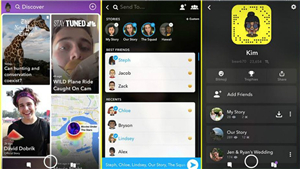 A yet another kids messenger app that is widely used by all age groups is WhatsApp. 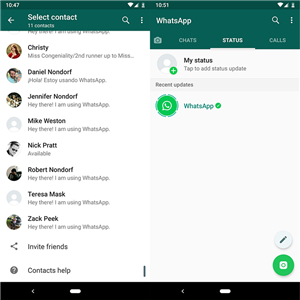 On the third spot, we have GroupMe. As the name suggests, it is a group messaging app which is being used by several teens and kids. 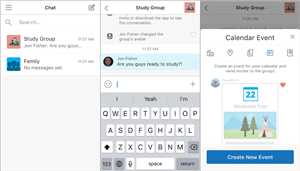 Kik is a highly popular kids messaging app that enables the user to exchange private or group messages. 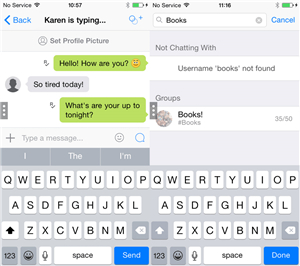 Out of the several online dating and social networking apps, Blendr is all the buzz among the teens. 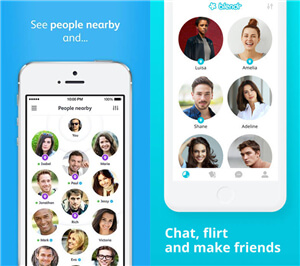 Next up on the list of dangerous texting apps for kids is Chatous. It randomly connects you with any of the users across the world and hence is pretty unsafe for teens. 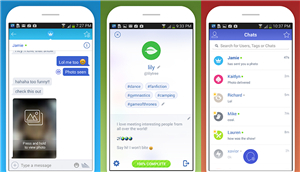 Encountered your teens making use of any of these kids messaging apps? Well, it’s your responsibility (as a parent) now to steer them clear of the dangers of such texting apps for kids. How? Fret not! Here we bring you a powerful one stop solution, Famisafe app to keep your kids safe from messaging app. It allows you monitor your kids’ smartphones and have complete control over it. As it enables you to block the apps that you think can be harmful for your kid.

So with the final words, we can conclude that there are several kids messaging apps available over the internet that can be both harmful and safe as well if used in certain limits.