Call control is software within a telephone switch that supplies its central function. It’s able to address information and routes telephone calls from one point to another that’s its advantage to the users. It also has an important feature that adapts standard switch operation to the needs of the user. 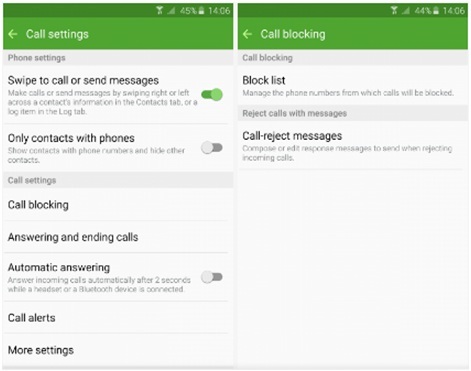 Features of call control call blocker for Android include:

Call control call blocker for android application block contacts from your list made by you in this call blacklist application. It also enables you to block those numbers that are not added as a contact in your phone.

How to Block Calls on Samsung Phones

Here’s how to block a call on Samsung Phone.

Step 1: Select the “Phone” icon present on the home screen.

Step 2: After tapping on the ‘phone ‘icon, tap ”more" at the top right follow the steps on the setting. 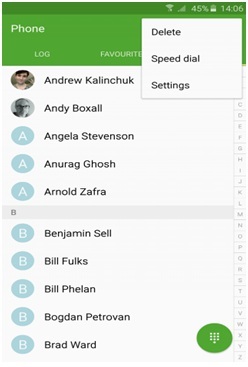 Step 3: Check call blocking or call rejection option listed in the settings. It enables you to manage numbers in the block list where you can add numbers or remove them from the list.

How to Block Calls on LG Phones

You can easily block calls or put numbers in the reject as well as block list to avoid calls from those numbers and here's how you can do it.

Step 1: First of all, in the LG device, tap open the “Phone” app which is used to make calls followed by “call setting”. 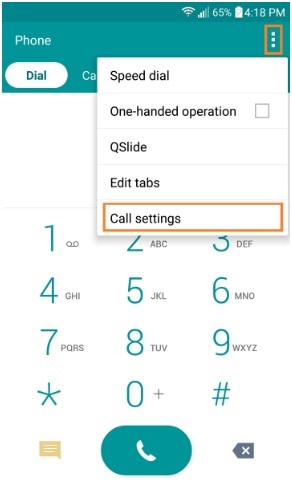 Step 2: Tap on “call reject” option that shows up on the screen. 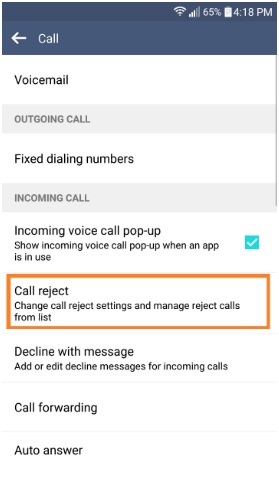 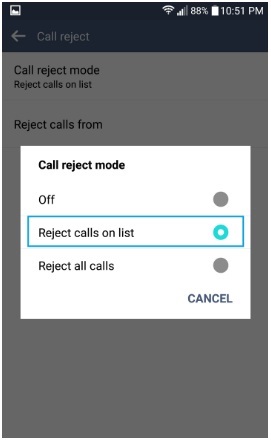 Step 4: The next step enables you to add contacts or numbers to the list that you don’t wish to get calls from. To add contacts and numbers, tap the ‘+’ sign. This is where you can get the numbers listed to block calls. 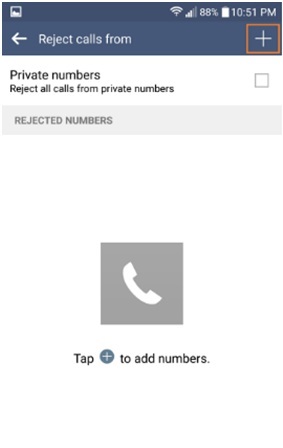 How to Block Calls on HTC Phones

HTC phones also have almost the same of blocking calls as is on Samsung devices. The feature is built in to be called an integrated call blocking system to be used to block calls. Here is how to block unwanted calls on HTC Phones.

Step 1: First of all, tap on the “Phone” app which is used to make calls on the HTC device.

Step 2: After you have opened the “Phone” app present on the home screen of the phone, go to “Call history”. 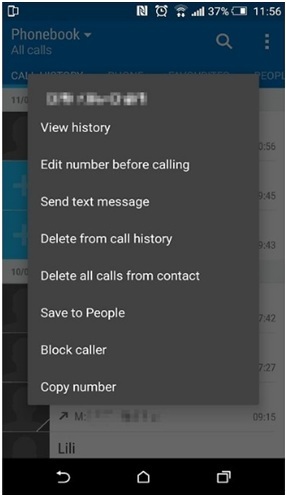 Step 3: Tap and hold the number you wish to block on the screen. You will find an option saying “Block Contact” or “Block caller”. 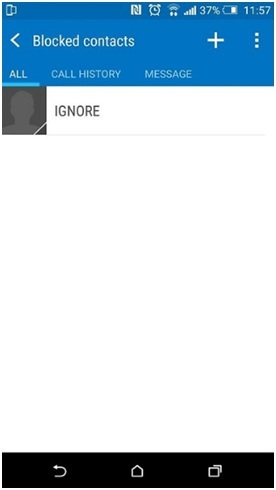 You can be able to review the blocked contacts through the “Phone” app by selecting the “menu” icon present at the top right corner with three dots. This integrated call blocking feature helps in adding numbers or contacts to the block list on HTC devices.

FamiSafe has over the years been a solution for millions of people in the world. The application is so affordable and easy to use; you need no introduction to FamiSafe particularly in this world of remote monitoring. It emerges among all the apps to be one of the best tools for tracking android as well as iPhones since it gives you access to a portal where you can monitor your target phone remotely.

FamiSafe not only helps you to call control call broker for android but also enables you to block apps on the target device for your kid's phone, spouse or employee's smartphone through the help of its easy to use features. FamiSafe is easy to use and affordable way to solve all your problems when it comes to blocking and monitoring, they have enabled a new feature all you need to is install the app on the target device then select the apps you wish to block coupled with duration you wish to block them.

FamiSafe functions as a revolutionary web-based android and iPhone spy app that helps that parents to safely keep a track of their kids and the also the business owners to watch over the employees during the work hours. It is able to track:

FamiSafe is the best tool that solves your problem, it's a reliable tool that tracks your spouse, kids as well as your employees and is able to watch they move.

This article explains the importance of having a call control call blocker for android. Call blocker enables you to block unwanted calls as well as the unwanted messages. The article has explained the steps of blocking unwanted calls for Samsung phone, LG phone and HTC with attached screenshots. FamiSafe being the best and commonly used app has a friendly feature that enables you to track all unwanted application, websites all keep in touch to keep your child safe behind your back.

Should I Let My 11-Year Old Child Use Tiktok?

A Complete Guide: How to Lock Apps on Android

how to lock apps on android