The pandemic is yet over. Today, teenagers spend hours and hours playing their favorite games online for entertainment and enjoyment. Genshin Impact has become one of the most popular games among kids.

Although Genshin Impact has no offensive or sexual characters, parents still ask is it a safe game for kids. Their concerns are legitimate given the potentially harmful impacts of video games on kids’ health.

In this article, we have explained whether Genshin Impact is kid-friendly and how can parents ensure their kids’ safety. 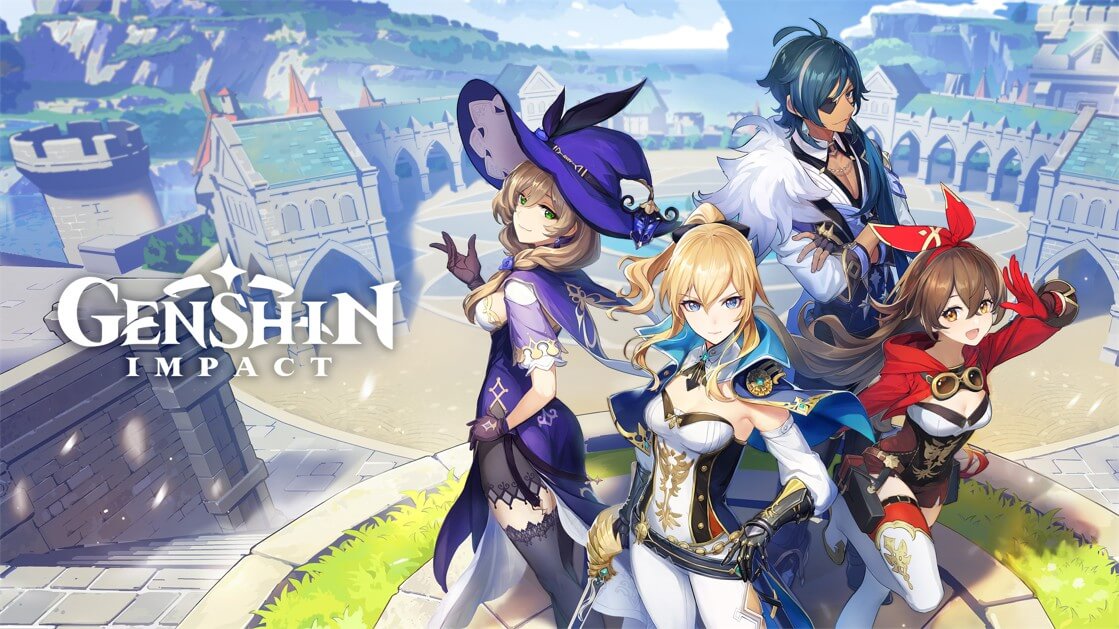 Part 1: What is Genshin Impact? Why it is so Popular?

Genshin Impact is an open-world adventure RPG that allows the players to approach a fantastical open world in different ways. The game has various role-playing elements and multiple environments. The player controls a team of four characters and collects different craft weapons. As the game progresses, new characters are introduced and the players can advance their skill levels. 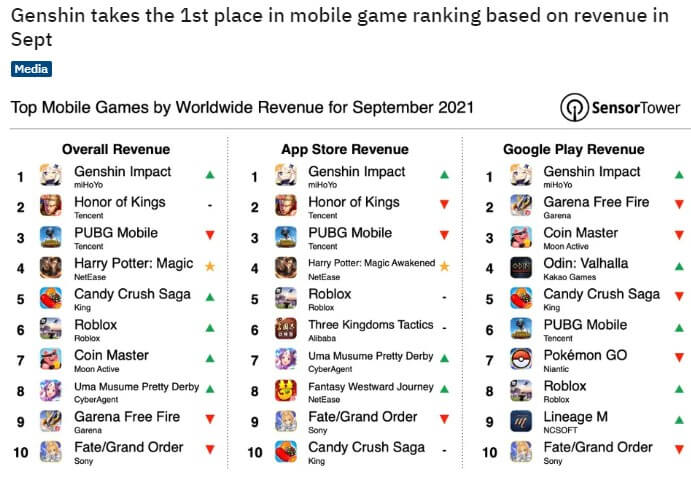 The main character of Genshin Impact is a boy or girl with magical powers who travels across the globe along with his/her twins. During their journey, they get trapped inside the world of Teyvat where a mysterious god separates the teens. As the game progresses, the twin not selected by the player is taken by the mysterious god.

The game features non-realistic violent animations and visuals of human-like characters. Bright lights and magical effects appear as characters fight with each other. Players see their progress in numbers to analyze how much damage has been inflicted on the opponents. When a character gets hit by an opponent, it stumbles backward slightly and lets out pained cries with no visible injuries. Upon defeat, the characters get dissolved into flecks of blue light and disappear.

What Makes it So Much Popular Among Kids?

Genshin Impact is liked by a large number of kids because of its open world that can be approached in multiple ways. The main story of the game is followed by various quests which introduce different types of playable characters at each stage. Players can expand their group as they complete their missions and advance their skill levels to gain magical powers.

The gameplay is attractive, colorful, and keeps players engaged. You can climb gigantic mountains by maintaining your stamina, fly across the open world, and even swim through beautiful seas, rivers, and lakes. Kids can discover hidden secrets and stories by sticking to their path and overcome troubles to achieve their desired mission objectives.

Genshin Impact is perfect for teenagers and older kids, but not for minors, especially school-going children. Most of its characters are kid-friendly with no or very little violent depiction. The gameplay is generally nonviolent with a lot of fun and entertainment. Plus, no sexual or explicit scenes are present in the game. Due to all these reasons, the game has been rated teen and declared ideal for 12+ kids.

Having said that, the absence of violence or amatory does not mean parents should ignore the disadvantages of games for their children. Like every video game, Genshin Impact is also addictive and attracts children from all age groups towards it. The attractive gameplay of Genshin Impact coupled with in-app purchases can make your kids spend hours and waste their precious time playing this game.

Moreover, Genshin Impact also depicts non-realistic-looking violence toward its main characters. Such depictions can negatively impact kids’ minds and prompt them to try these stunts in real life. This means the importance of parental guidance cannot be ignored because children are vulnerable to becoming violent and ferocious by playing Genshin Impact for extended hours.

Another risk associated with Genshin Impact is that the game offers several in-game purchases to upgrade the characters’ abilities and unlock hidden objects. Children can make extensive use of money to buy those in-game purchases without asking their parents. This way, the lack of parental guidance can result in huge financial losses because all such online deals are non-refundable.

Finally, although video games are good sources of entertainment for kids, they are time-consuming and bad for kids’ health. Playing a video game for limited hours per day is acceptable; however, if your kid spends several hours in front of his/her computer/PlayStation playing Genshin Impact or any other game, you need to worry and take an action to change that habit.

Hence, it is the responsibility of parents to make sure their kids are not wasting too much time playing Genshin Impact. For this purpose, the time spent in the game can be controlled by optimizing the Family Settings or using parental control software like FamiSafe.

Parents Alert: Those 5 Hot Games are NOT Safe for Kids!

Gamers: Those Game Slangs You Must Know!

Part 3: How to Monitor Kids’ Screen Time with FamiSafe?

If you think your kid is wasting too much time playing the Genshin Impact game, you can monitor his/her screen time remotely with the most reliable parental control software FamiSafe. This app allows parents to control the time kids spend on digital screens and prevent excessive screen time.

Here’s how you control your kids’ screen time with FamiSafe: 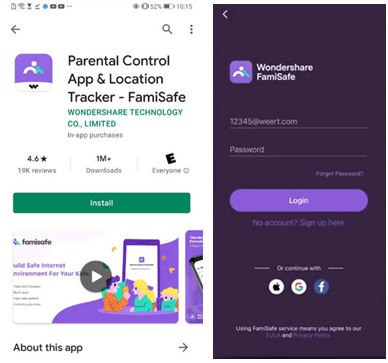 1. First of all, download and install the FamiSafe Jr. app on your kid’s phone or device. The application is available on both Play Store and App Store.

2. After installation, sign up using your email, set your kid’s age, and give it a unique name.

3. Grant permission to let your phone monitor the target device to complete the settings on your kid’s device. 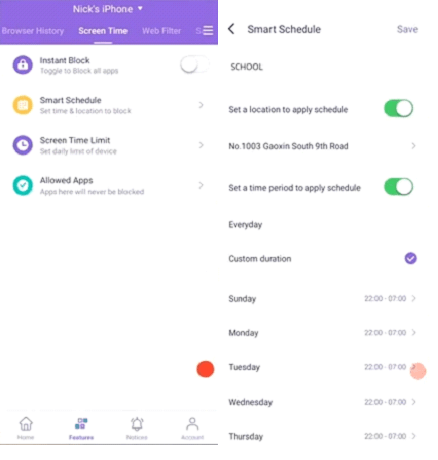 1. Download and install the FamiSafe parental control app on your device.

2. Login to your account to monitor your kid’s device from your phone.

3. You can also use the FamiSafe website for remote monitoring

1. To manage the screen time, go to the features and choose your kid’s device from the list.

2. Toggle Instant Block to block all apps in one click

3. To limit the places and time, tap Smart Schedule, and set the location and time when you don’t want your kid to use his/her device. 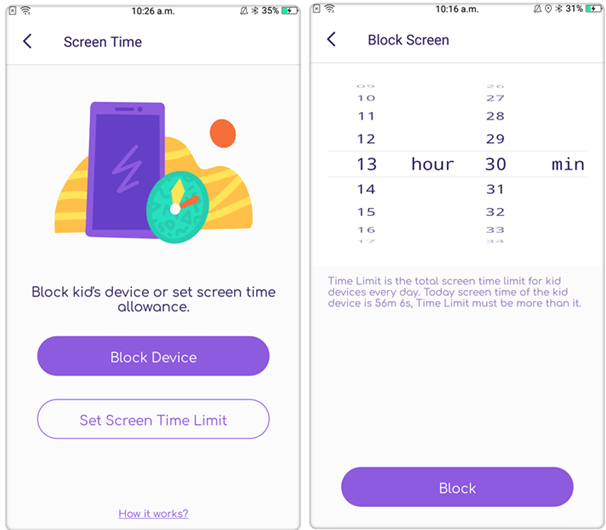 1. To limit the screen time, tap Screen Time Limit, and set the timer 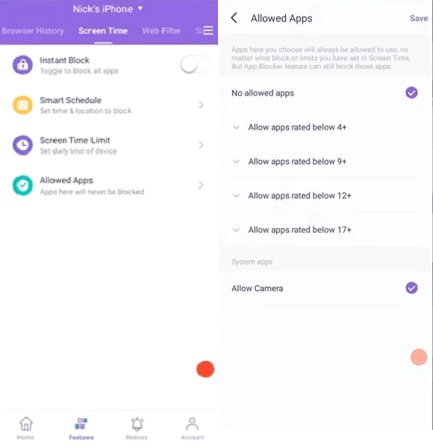 1. If you want some apps to remain accessible even during the time limit, tap Allowed Apps and choose the apps based on the age ratings. 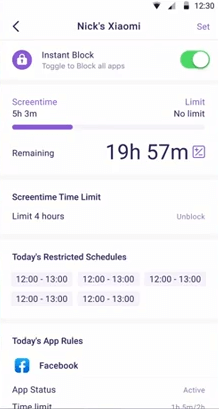 1. To check how much time your kid has spent using each app on his/her device, go to the features and tap Screen Time.

3. You can also monitor and manage screen time for each app or put restrictions through the app limit. /p>

Genshin Impact has a game rating of 12+ because it depicts violence toward human-like characters. Although the game is liked by both teenagers and adults, it is not recommended for little kids, particularly school-going children. Parental monitoring is essential for all kids playing Genshin Impact or any other game.

3. What Age Can Play Genshin Impact?

Kids who are at least 12 years older can play the Genshin Impact game under parental guidance. Besides, they must also seek their parents’ consent before making in-game purchases.

4. Is Genshin Impact on Switch?

Genshin Impact is an exciting adventure game for kids with high-definition visual graphics and exciting stories. The game depicts an open world where players can explore various things and enjoy real-life-like experiences. Besides, you can choose either girl or boy as the main character and compete with your opponents to gain more power.

Overall, Genshin Impact is considered kid-friendly. With the age rating of 12+, the game is recommended for players who are 12 years old due to the depiction of violence toward human-like characters

Nevertheless, the game also needs parental guidance because its addiction is bad for children’s health. Hence, parents need to manage their kids’ screen time and limit how many hours they can play Genshin Impact per day.

The best app to manage or limit screen time is FamiSafe, which gives parents complete control over their kids’ devices. Start your free trial today!